Here we are, the first Monday of spring! As is typical Pacific Northwest fashion, we’ve of course been going back and forth with rain-sun-rain-sun – but it looks like we’ll get a little bit of a break for a couple of days with partly cloudy minus the showers this time.

Since it is Monday, you know that Monday means music! This week is a freebie week, so feel free to grab your favorite tune(s) and come dance with us, won’t you?

Let’s start with this artist’s latest song, whose video finds the music superstar staring down the array of emotions that come with losing someone you hold dear — whether that’s due to a breakup, distance, or even death — and choosing to look back on the relationship with joy, fondness and gratitude for the good times, instead of despair. He was quoted as saying:

“Too many people lose sight of the gratitude for having felt that way at all. You know, to have felt it, experienced it, know that that sensation is real – and you experienced it? To be given that gift is so much. And you can live with everything knowing that.”

“This song is really special to me. It holds everything that drew me to country music at a time when nothing really sounds like what this is. I wanted people to see something that is so awesome, it shows how much the lyrics and even the melody contain. Really look at those images, but feel the song… To capture that, to have a visual that measures up is hard to do. I think Shaun really brought it in terms of where we shot, how it’s framed, the way you can almost feel the cold, the wetness, then the warmth and the sea air in the islands….When a video can do that, to me, it’s successful. Hopefully people coping with loss might see this and find a place for the good stuff to be what comes to the top.

“We all have those people in our lives who set you on fire with possibilities, make everything mean more in the moment and forever after that. It’s so technicolor and alive, you may not even realize when you’re in it. But when it’s done, you have to smile because you’re so much more for knowing them, so much more because of every second you shared. Maybe they left you to chase a dream, maybe circumstances pulled you apart, maybe they died, but wherever they are, you know they’re bringing all that to that place – because that’s what they do. It’s what they did for you, and you can only be grateful for what you experienced. 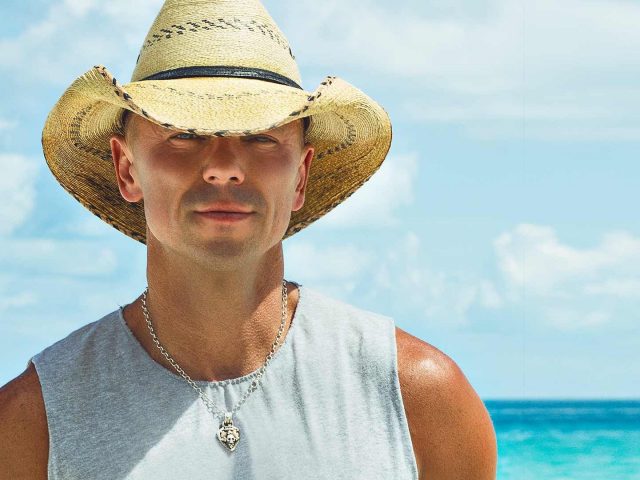 Here’s Kenny Chesney with “Knowing You”:

On November 9, 2020 one of these two artists revealed in an Instagram post he’d been diagnosed with COVID-19. He quarantined on his tour bus that he’d parked in the driveway of his family’s Nashville home. As he was without symptoms, he took advantage of the enforced two week break to pen 10 songs born out of a time of introspection.

While reflecting during his personal quarantine, he said he was thinking about how he is prone to judge too quickly and the spiritual values his parents raised him with, when he got the idea for an upbeat plea for unity. He sent this inspirational tune to one of his labelmates, who agreed to record it with him. Inspired by America’s turbulent 2020, it finds these two singing of how people have the power to bring about the much-needed change in a country wracked by divisions.

“I knew immediately when I finished it, I had to text it to Tim. He has a way of communicating with the world that is unique in music. For him to want to perform with me was an amazing feeling. The song is about coming together, and that’s exactly what we did.”

Tim was driving home from visiting his daughters in California when he received the song. He had to stop at a gas station in Montana to find the bandwidth to listen to it; when he did, he was drawn to how the words acted as an accountability check.

“Music gives us hope and brings us together in a way nothing else can. This doesn’t mean we don’t have work to do. Quite the opposite. I loved the positivity of this song and that it called me to check myself and to remember that love is bigger. It’s why I knew this song had to be my next single with Tyler as soon as he sent it to me.”

“It immediately hit me right in the heart because it’s easy to go down a dark path sometimes. What it did for me is it made me look in the mirror and check myself and see, ‘Am I losing the light that I have with my music and what inspires me to make music, what inspires me to be involved with my community and teach my girls certain things?'”

“This song really made me check myself and say, ‘Am I living up to what I sang five years ago in ‘Humble And Kind’? And this was just an add-on to that to me.” 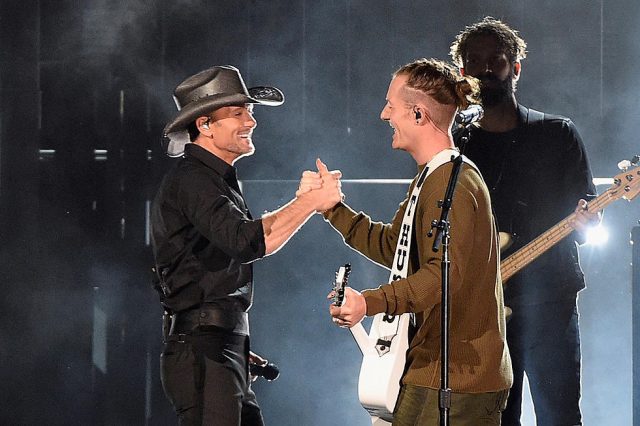 Give a listen to Tim McGraw and Tyler Hubbard with “Undivided”:

In April 2018, the frontman of this group announced the end of his marriage. He was on his way to sign divorce papers when he got a text from his wife that said she didn’t need to own him to love him and will still love him without expectations. The estranged couple hadn’t spoken for seven months, but the text was so full of clarity it shook the singer to his core; they met up for lunch, reconciled, and called off the divorce. The frontman composed this song of devotion after receiving the life-changing text message and renewing his commitment to their marriage.

I’m always on your team, I got your back all right / Taking those, taking those losses if it treats you right / I want to put you into the spotlight

The song finds the artist reflecting on the revelation that his marriage was worth saving and choosing to “follow” his wife wherever life takes her. He said:

“Loving someone is an incredibly imperfect process. It isn’t always romantic or pretty. Sometimes it can be incredibly painful.”

The artist has battled depression throughout his life; he would sink into self-pity and beat himself up for his mistakes. His wife stuck with him all the way, teaching him self-love and truly accepting him without any expectations.

“She was endlessly patient with me. She didn’t need me. She even taught me that I didn’t need her. But we loved each other and we chose to remarry and to stay together. I proposed again and she said yes, again. Not every relationship works out this way, but it did for us. It isn’t the happy ending – it is a choice that works for some. And [she] and I re-chose it after experiencing life without each other.”

He wants this song to “represent a love that is realistic. One where love isn’t perfect, but it endures.” 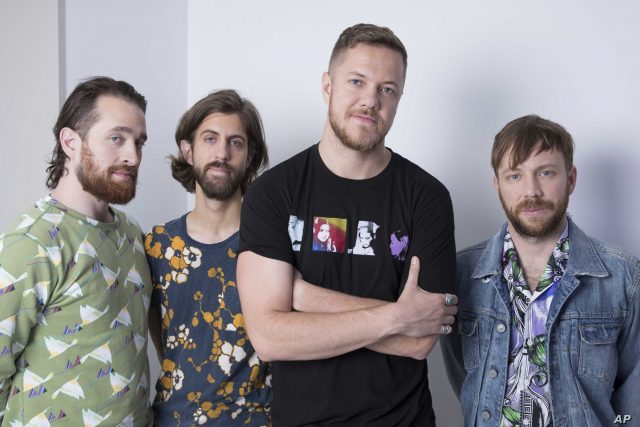 Last, but certainly not least, is a group I literally stumbled across this weekend as I was looking for fresh new songs to share this week. This group is an American a cappella group of five vocalists, originally formed in 2000. They took their name from a boat owned by one of the member’s grandfather, who helped support the group financially in the early years.

This song was just released this past Friday, March 19th – it of course caught my eye because of the Tik Tok scenario going on with the first part of this song – once I started listening to this medley, however, I couldn’t stop. In fact, I had to listen to it a couple of times, because it made me smile – hopefully it’ll do the same for you! 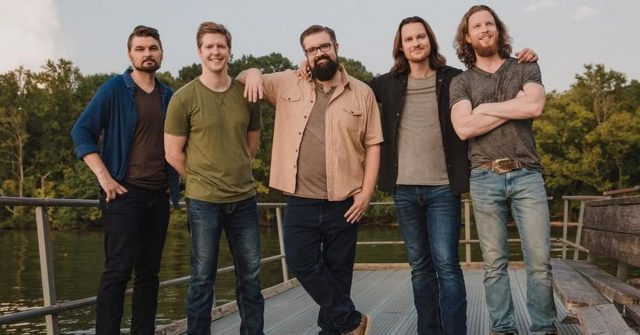 5 thoughts on “Knowing You we’re Undivided, so i’ll Follow You with a Sea Shanty Medley”