Monday has arrived – hope you all had a great long weekend and Happy Thanksgiving. Why is it that long weekends never seem so long?

Being that it is Monday, you know what that means, don’t you? Time for some music! This week is a freebie week, so grab your favorite tune(s), and come dance with us, won’t you? Let’s get this party started!

Thanksgiving looked a little different this year, but this artist is keeping things in perspective with a heartwarming new music video. In the clip, he spotlights cherished family memories, with a montage of home movies showing families — including his own — spending time together.

The video even features throwback snippets of memories the singer shared with his wife, Faith Hill, and their three daughters, Gracie, Maggie and Audrey. It’s the perfect visual treatment for a song that underscores the most important message of Thanksgiving.

“Biscuits in the oven, chicken in the fryer / Lights turned on, cable paid / If you ask me, I got it made / If I could hug my kids and kiss my wife / One more day in this crazy life / Take a second to stop and smell the daisies / Everything else is gravy…” 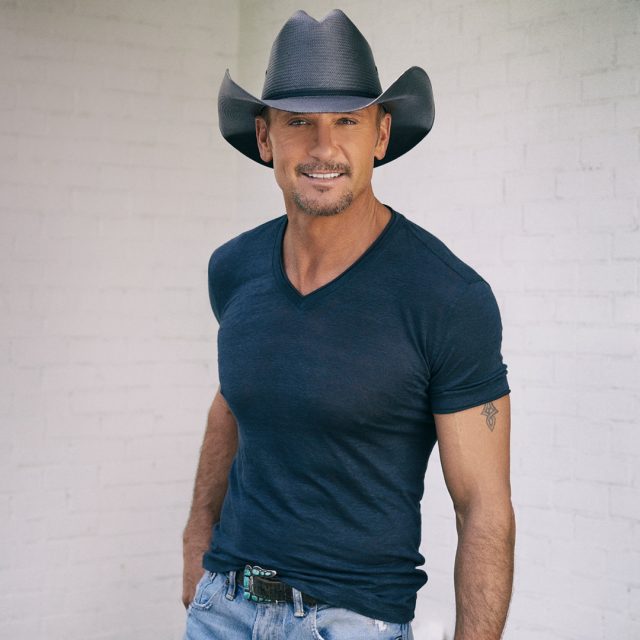 Get ready for some ‘awwww’ moments, here’s Tim McGraw with “Gravy”:

Next up is a brand new song from this favorite artist, as she collaborates with the lead singer from an American indie folk band. They say you should write what you know, and the artist has done that to the max for the past decade. What makes her songs so special are those personal flourishes, the hyper-specific memories and details that she peppers her songs with. If you remove those autobiographical elements, do her songs lose their spark?

As it turns out, absolutely not. At her best, her lyrics can feel like a true gut-punch, the type of words that hold such meaning that you don’t know if you want to scream them from rooftops or whisper into your pillow. Her newest album is filled with those gut-punches, and no more so than on its fourth track, which happens to be this song.

The song unfolds as a dialogue between two lovers; one begging still, one resigned and ready to move on. There is no blame here, just two different perspectives given light to shine – in fact, the artist doesn’t appear until nearly one minute and thirty seconds in. The focus here, like with the rest of the album, isn’t about her – it’s about telling the best story possible.

The artist has always been the protagonist in her music, but on this song, she and her featured artist share equal parts of the dissolution of a relationship. “I’m not your problem anymore / So who am I offending now?” she sings; “I never learned to read your mind,” he later counters.

There’s no clear hero to root for here, no band geek on the bleachers to rise up against the cheerleader. Just like with any good folklore, you just have to sit back and let the story unfold as it is. This is the triumph of folklore, the album, as well. Even when removing herself from the equation, the artist can still tell a compelling story that still feels as intimate as any personal secret.

Next up, this artist debuted her new song at the American Music Awards last Sunday (November 22). The track is off the pop star’s sixth studio album.

“If I had nothing to lose, nah, nothing to lose / Oh, I’d call my mother and tell her I’m sorry I never call her back / I’d pour my heart and soul out into a letter / And send it to my dad.”

Just ahead of the start of the show, she dedicated the performance to her dad, alongside a sweet baby photo:

This performance marked the artist’s return to the stage nearly two months after welcoming daughter Daisy Dove with fiancé Orlando Bloom in August. The duet also marked the 10th anniversary of her AMAs performance of “Firework.” 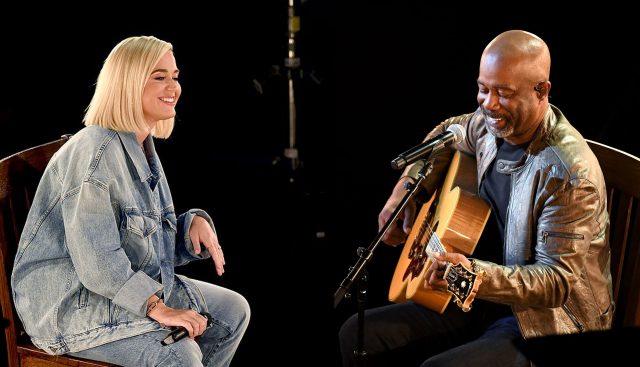 Here’s the inimitable Katy Perry and Darius Rucker with “Only Love”:

Last, but certainly not least, is a new (to me) artist with a new song from his upcoming album to be released this Friday (December 4th). The song also features the record-breaking Country duo Florida Georgia Line, and it’s the biggest collaboration of this artist’s career so far.

Talking about how the new track came about, the artist was quoted as saying:

“I put any and every idea into my phone. I was sitting with my wife, and I said, ‘Baby, it’s about time for a drink’. The phrase had a flow to it. Florida Georgia Line are two of my best friends and it’s always so fun to make music with friends.”

His first album peaked at number 5 on the Billboard Top Country Albums, and featured three number one singles. On this new album, the artist reflects every side of his personality – from the loving husband, self-proclaimed “regular dude,” and now dad at home to the boisterous and bold presence beloved by millions on stage.

5 thoughts on “Gravy in Exile is Only Love – It’s About Time!”