Here we are, the last Monday of July – here in the Pacific Northwest it’s going to be a hot one. We hit 95 yesterday (Sunday), and those that are they are calling whomever they call with a prediction of 98 today (Monday). After today’s Heat Advisory, the heat remains for the duration of the week – but ‘cooling off’ to the mid-to-upper 80’s, and by Friday or Saturday we should get back to ‘normal’ temps – mid -to-upper 70s. Sorry to those of you not only dealing with excessive heat for longer periods of time, but having to also deal with humidity.

It’s not the heat, it’s the humidity, after all.

Let’s start with a new song from this artist, who alongside the rest of the world, found herself unexpectedly experiencing a world-altering coronavirus pandemic. She put her quarantine time to good use writing the songs for her eighth album, Folklore.

Folklore marked the first time she strayed from her customary rollout strategies, which typically involved dropping singles with weeks or months of promotion. Instead, she announced the record on social media mere hours before its release. The songstress admitted that previously she might have overthought the timing of her new release and saved it for the “perfect” moment. She was quoted as saying:

“But the times we’re living in keep reminding me that nothing is guaranteed. My gut is telling me that if you make something you love, you should just put it out into the world. That’s the side of uncertainty I can get on board with.”

This song was released as the first single alongside the album launch. According to the artist, this song started with the imagery of “a cardigan that still bears the scent of loss 20 years later.” That image in her head became a story in which she compares a teen romance between two characters named Betty and James to an item of clothing.

When James came into Betty’s life, she was low in confidence feeling like a discarded cardigan. He made her feel precious and needed by putting her on (i.e. wearing the tatty old garment). The artist said:

“[The song] is about a lost romance and why young love is often fixed so permanently within our memories. Why it leaves such an indelible mark.”

This is one of three songs on Folklore where the artist reflects on an ill-fated summer love triangle involving three teens: Betty, James and a third character called Inez. This song is from Betty’s point of view. The triangle is referenced on the second verse:

Chase two girls, lose the one / When you are young, they assume you know nothing

There’s a knit cardigan with silver star patches on the elbows representing this song on the artist’s website (I admit, I ordered a cardigan…heh!).

The artist wrote and directed the song’s enchanting music video, which she shot during the Covid-19 pandemic. It finds her entering an alternate world by playing her piano and wandering through a mystical moss-covered forest with a dazzling waterfall before being tossed into a bitter storm at sea. The clip ends with her returning home to her warm cardigan.

The artist revealed in a Tweet that everyone on set took extra precautions to prevent the spread of the virus. The crew included cinematographer Rodrigo Prieto who is known for his work with Martin Scorsese (The Irishman, The Wolf of Wall Street). She said:

“The entire shoot was overseen by a medical inspector, everyone wore masks, stayed away from each other, and I even did my own hair, makeup, and styling.” 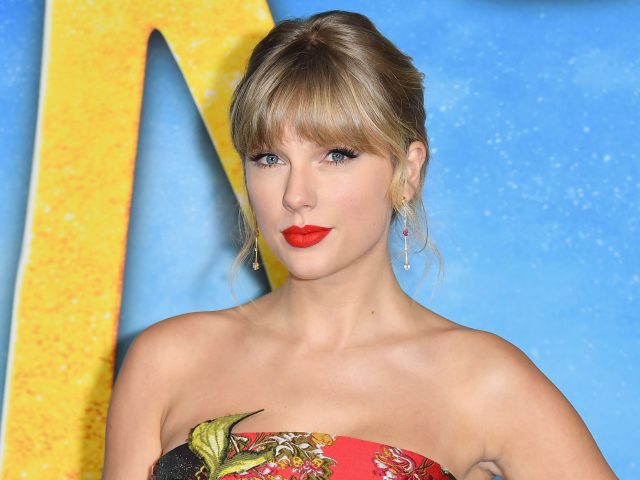 Prepare to be enchanted, here’s Taylor Swift with “Cardigan”:

Next up, I’m sharing another new song from Taylor, because the two are kind of interwoven, as this is the story from another’s perspective. This song has the markings of an early anthem of Taylor: plucky guitar and harmonica, vivid storytelling, a dramatic shift from the conditional (“If I just showed up at your party/Would you have me?”) to the present tense (“I showed up at your party/Will you have me?)” at the song’s climax. But this artist’s surprise new album isn’t like anything she’s made before.

The narratives she’s offered about what love looks and feels like are crumbling. Feelings and memories are expansive and obscured here, as if seen through a snowglobe. Her usual poignant indignation is replaced with a more mundane sadness, an understanding that joy is inevitably interwoven with melancholy, love with loss.

This song is a story of fraught young love, showcases the maturity and nuance that the artist has gained since she was a teenager herself. In the past, she has sung about regretting a breakup and unfairly blowing fights out of proportion. But this song is the rare truly apologetic song. It takes place in the height of the action, just after the narrator—referred to in passing as James but speculated to be a woman—has cheated on their high school sweetheart. This is a song about sitting with what you did, wondering if it is too late to fix it, and then stumbling towards accountability.

In typical fashion for this artist, the songs and narratives on this album weave together. References to a porch and a cardigan at the end of this song echo the imagery in the song above, “Cardigan,” which seems to tell the same story from Betty’s perspective.

The narrator searches for absolution in their naivety: “I’m only 17 / I don’t know anything.” But recalling the same incident on the other song, Betty speaks with insight, suggesting that youth does not always make one so clueless: “I knew everything when I was young / I knew I’d curse you for the longest time.”

By pairing the two songs together, Taylor asks us to question our allegiances to any one narrator. She empathizes with the difficulty of apologizing even while she criticizes those who are oblivious to their power to hurt. She used to write as her own main character, a protagonist on a quest for a knight in shining armor. But on this new album, we see her disavow heroes and fairytales for the more complicated daily work of acknowledging your own shortcomings and trying to heal. 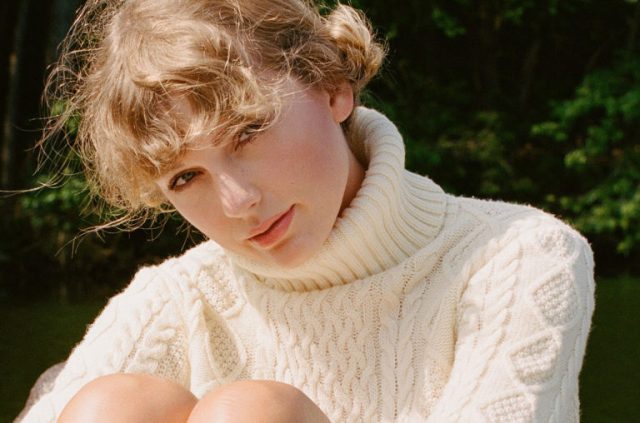 Give a listen to the inimitable Taylor Swift with “Betty” (warning, NSFW potentially due to language):

Next up, this artist has had enough of sitting at home and watching the same shows over and over again while waiting out the COVID-19 pandemic, so, she made a song about it.

The ultra-relatable and spirited tune serves as a resounding anthem for those feeling worn down by the COVID-19 pandemic. The artist not only admits during the song that she hasn’t exactly been acting like a role model while in lockdown, but frames the new tune as a gift to those who are bored out of their minds thanks to quarantine.

Dance / I dropped this [stuff] to make you, make you dance / Don’t act like you ain’t makin’ any plans / Imagine, baby, it’s your only chance

The Grammy-nominee confesses to all the bad habits she’s fallen to since the pandemic started, such as drinking rosé “since 1” and staying up all night to watch dumb videos on her phone.

And lately I’ve been lazy / I’ve been drownin’ in my head / With these thoughts makin’ me crazy / I’d rather dance instead / I can’t be the only one / So if you get lonely, just / Dance 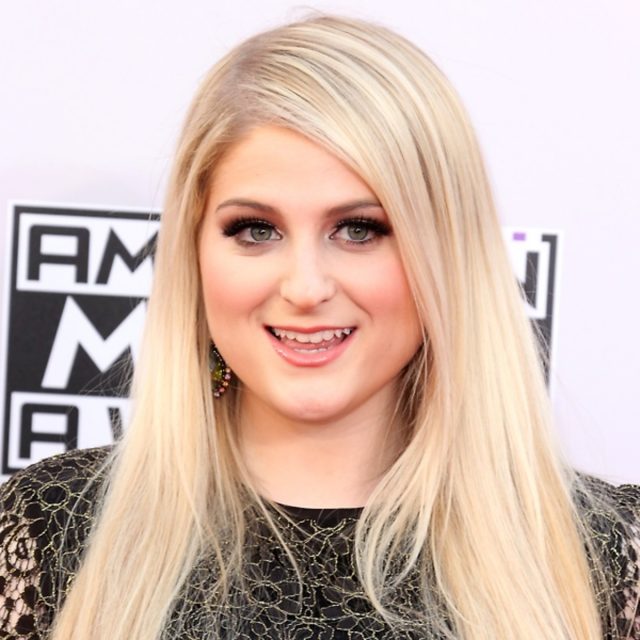 Get ready to dance, here’s Meghan Trainor with “Make You Dance”:

Last, but certainly not least, this Grammy winning Christian artist gets a little help from his friends on a fun and faithful new track, featuring Thomas Rhett and Florida Georgia Line.

With TR and FGL leading the “congregation,” high-energy song is full of addictive spirit, with cutting-edge pop sonics and a message of pure gratitude. The country stars each take turns giving “thanks” for the stuff that makes the world go ’round — family, friends, love, and of course music — but its more Friday-night jam than Sunday-morning hymn.

For my mama, for my friends / For Your love that never ends / For the songs that make us dance / On this ole dirt floor / For my babies, for my girl / For the way they changed my world / Waking up today I just gotta say ‘Thank You Lord’

The track is part of the artist’s upcoming album, due out July 31. 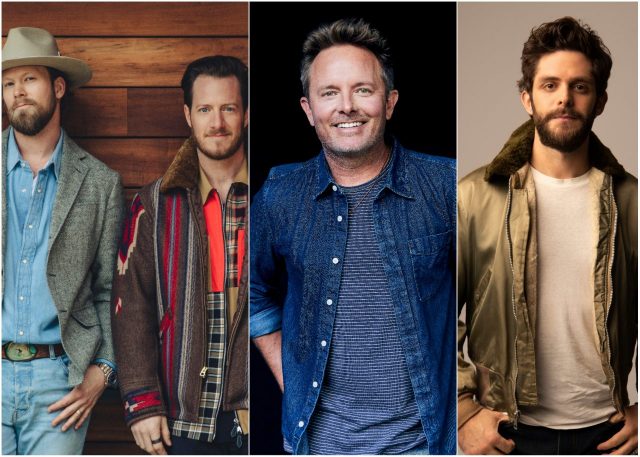 6 thoughts on “a Cardigan for Betty that’s gonna Make You Dance – Thank You Lord!”