Well, it appears that summer is definitely on its way out – fall is settling in with cooler weather. It’s my favorite season and time of year, of course, so I certainly don’t mind! We actually had to turn the furnace on over the weekend – it’s been off since May, I believe. I was going to decorate for fall over the weekend, but the periods of showers sort of thwarted those plans. Next weekend looks way more promising weather-wise. I just need to find some corn stalks!

Meanwhile, it’s Monday – and Monday means music! For the month of September, our Spotlight Dancer is our bloggy friend and regular Monday’s Music Moves Me participant, Mary from Jingle, Jangle, Jungle! She has chosen the theme for this week, which is “First Grade Songs – songs that were popular the year you were in first grade (or when you were 6 yrs old)”.

So I’m going to take a different tack on this prompt, since I couldn’t find songs I really like from when I was 6 years old (or in first grade), I’m switching it up and nominating Princess Nagger’s year/age for that. 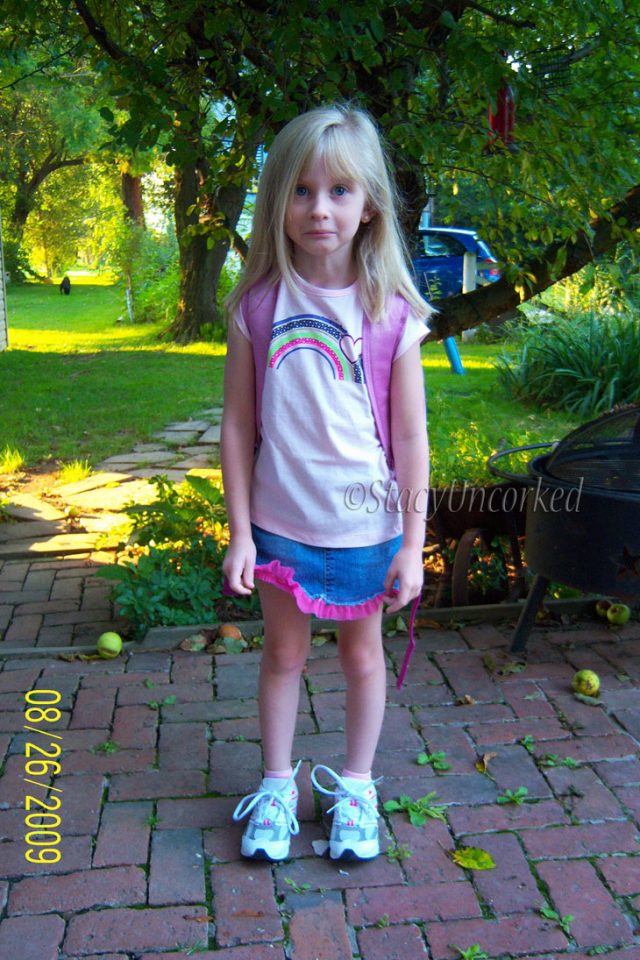 Much better, trust me! Let’s get this party started!

Let’s start with the first single from this California rock band’s fifth album. This song, along with the rest of the album, marked a return to the group’s folk-rock roots. The lead singer was quoted as saying: 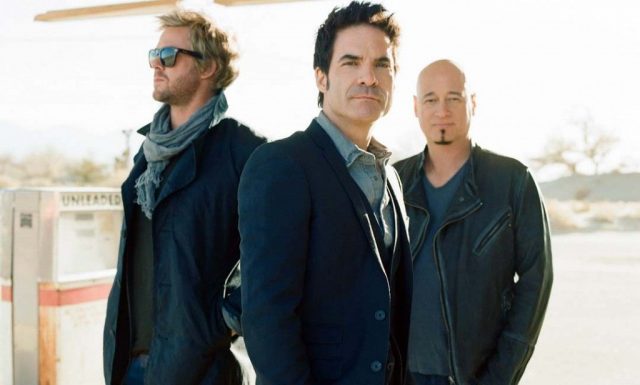 Next up is a song that’s an electronica/pop project of this artist. The Minnesota native began recording his tunes in his parents’ basement in between shifts working at a warehouse. Initial interest in his music was generated by visitors to his MySpace site, where his songs racked up millions of page views before he signed to Universal Republic. He said that his mundane job loading up trucks helped him develop his dreamy, atmospheric sound. At the time, he was quoted as saying:

“About two years ago I was working at a Coca-Cola warehouse all day. It allowed me to sort of dream up these projects. One wound up being Owl City. I thought through how I wanted it to sound, how I wanted the records to look, everything. Sometimes working in a monotonous environment can really free up your imagination.”

Recording in a windowless basement also helped. He explained:

“A lot of it has to do with me being by myself while creating it; no producers, no engineers. And that approach allows me to think more freely, I think.” He added that he used simple decorations to inspire his creativity. “I have a lot of landscape paintings to look at; lots of ethereal, dreamy nature photography. Having that stuff around really creeps in subconsciously to impact the music.”

“I have insomnia and I’ve always had a tough time falling asleep for as long as I can remember. I wanted to sing about my inability to sleep in a whimsical way that portrayed the condition as lighthearted and almost more of a ‘blessing’ than a curse. It’s ironic that when sleep and I cannot bring ourselves to meet is often when inspiration strikes hardest. I’d just been on vacation to Iowa the week before I wrote the song and was amazed at how many fireflies came out at dusk. I didn’t really have to think about making a connection between insomnia and lighting bugs, it just sort of happened and the song basically wrote itself. It was a lot of fun.” 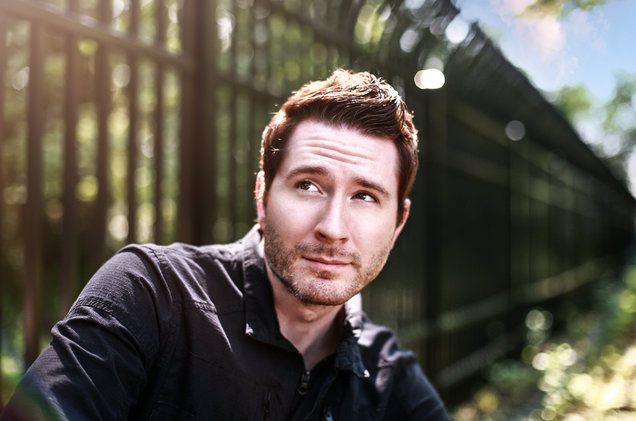 Give a listen to Owl City with “Fireflies”:

Next up is one of my all-time favorite artists with a song from an album he’s said he looks back to who he became from a little boy on. He was quoted as saying:

“[You’ll see it in this song], which is about my son Huck and also this newest one [son Jasper Warren, born April 17, 2009]. It has a lot of funny lines in it: ‘I can see him right now, knees all skinned up with a magnifying glass trying to melt a Tonka truck.'”

In this song he both worries and hopes that his oldest son Huck will grow up like he did.

“When you go and hear those words and think about, ‘probably climb a tree too tall, ride his bike too fast,’ it’s things that we did. I mean, ‘end up every summer wearing something in a cast, probably throw a ball and break some glass,’ who hasn’t done that? And all those things are just things that I did and my co-writers did. And it’s pretty true to life, you know, in terms of both … all those things that I’m talking about that he does like ‘probably stay out too late, drive his car too fast,’ I kind of hope he does. Same with the ‘throw a ball,’ and you know, all of these are things that I’m equal parts a little bit scared of and hopeful that he actually also does them.” 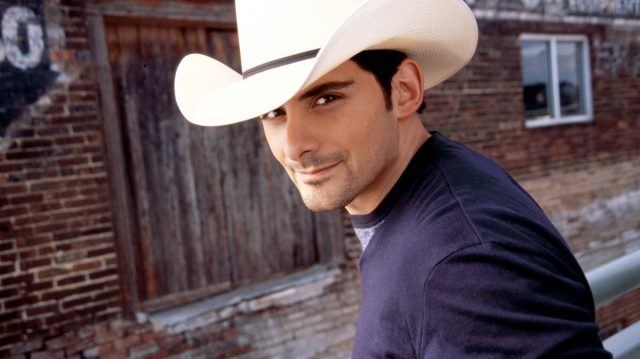 Here’s my boy, Brad Paisley, with “Anything Like Me”:

Last, but certainly not least, this was the first single to be taken from the soundtrack of the 2009 artist’s movie. It was the first solo song from this artist to be marketed directly to Country radio as well as Pop radio.

This debuted on the Hot Country Songs chart dated March 14, 2009 at #48. The same week the artist’s father also had a new entry on the same listing – they thus became the first father and daughter to have new songs debuting on this chart in the same week since March 3, 1990, when Johnny Cash with Waylon Jennings, Willie Nelson and Kris Kristofferson had a new entry with “Silver Stallion,” and his daughter Rosanne Cash simultaneously debuted as a guest artist on the Nitty Gritty Dirt Band’s “One Step Over the Line.”

This was this artist’s first song to enter the Adult Contemporary chart. When this reached #1 on the on the Adult Contemporary chart, the artist was 16 years and seven months old. This meant she was the youngest artist to top that survey since LeAnn Rimes reached the summit with “How Do I Live” in September 1997 just two weeks after her 15th birthday. It was artist’s first #1 single on any of Billboard’s airplay charts. 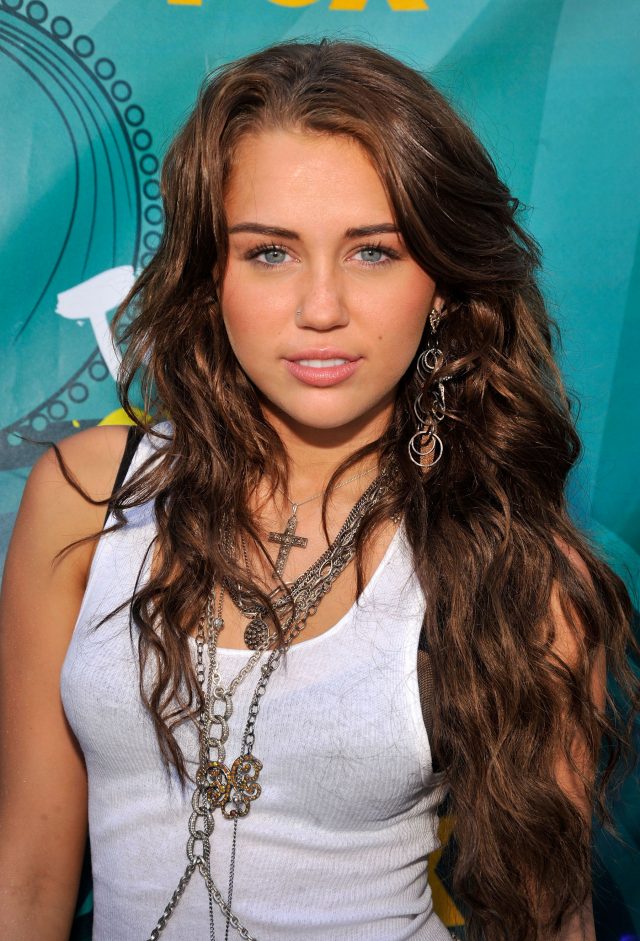 From her Hannah Montana days, here’s Miley Cyrus with “The Climb”:

5 thoughts on “Hey Soul Sister Fireflies – if you’re Anything Like Me, you’ll survive The Climb!”