Hello, Monday! Anyone else trying their best to stay cool? I’m not gonna lie – I’m so very glad we moved back to my home state, Washington (State), because if we were still in Pennsylvania, I’d be quite miserable. So sorry to those friends of mine out in the excessive heat zones – you’re welcome to come out enjoy the not-freakishly-hot weather in in the Pacific Northwest, we do have a guest room!

Meanwhile, it’s Monday, and Monday means music! For the month of July, our Spotlight Dancer is our bloggy friend and regular Monday’s Music Moves Me participant, John of Driller’s Place! He has chosen the theme for this week, which is “Song choices of your favorite American Idol or The Voice contestants.” Since I’ve never watched The Voice, I’m going with American Idol – let’s get this party started!

Let’s start with one of the most dynamic performers in the history of American Idol. His theatrical background – once worried to be a hindrance with his flair for the dramatic and his high-pitched, well-time screams of emphasis – and ability to rearrange music would have made him the best Idol winner ever, but alas, it wasn’t meant to be. Not that it stopped him from going on to have an amazingly stellar career.

This artist made Idol must-see TV. You wanted to see what song he was going to do and how he was going to do it. There was no in-between with him. You either loved him or hated him. His cover of this song was without a doubt one of the best performances the show had at the time.

I found an interesting video that starts with showing him singing this song in 2007, then in 2016 (originally the ‘Farewell Season’ of American Idol – nice that it came back when another network decided to revive it). 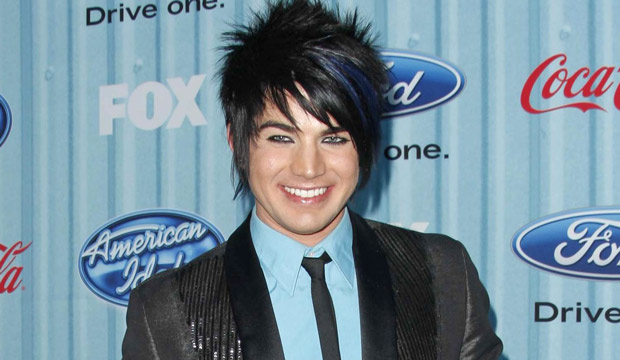 Prepare to be impressed, here’s Adam Lambert with “Mad World”:

Next up is an artist who was about to sing his last song on American Idol. His chances were slim and none. Adam Lambert owned Season 8, and Danny Gokey, whose wife had passed the previous year, was the pop/balladeer everyone was rooting for. This contestant was just a cog in the machine and about to finish a very respectable third.

It’s not that he wasn’t good. He had been solid all season, but with the final three, how was he getting past Lambert – one of the best voices in the history of the show – and Gokey – who had an incredibly moving backstory and a voice everyone loved – and getting to the final?

With songs of “Contestants’ Choice”, this artist seemed like he was cooked when Gokey did “You Are So Beautiful.” No way America wasn’t voting for the guy whose wife had died, singing a passionate love song. I mean, America was in tears after his performance and, in all honesty, I didn’t think it was really all that great.

So with nothing to lose following Gokey’s incredibly emotional performance, this artist  covered this Kanye West song.

The arrangement was perfect. Singing a Capella, he hits the first few lines of the song, then gets into the guitar. We’re 10 seconds into the song and it’s amazing.

Instead of rapping the song, a la Blake Lewis, this artist sings Kanye’s lyrics. It adds a ton and doesn’t sound forced or fake. It sounds like a No. 1, almost to the point where you’d think Kanye stole the song from him.

The sly grimace at the end is my favorite part. He hears the cheers and realizes, suddenly, he does have a shot.

He had a little more than that. I’m pretty sure that was the moment he won American Idol. 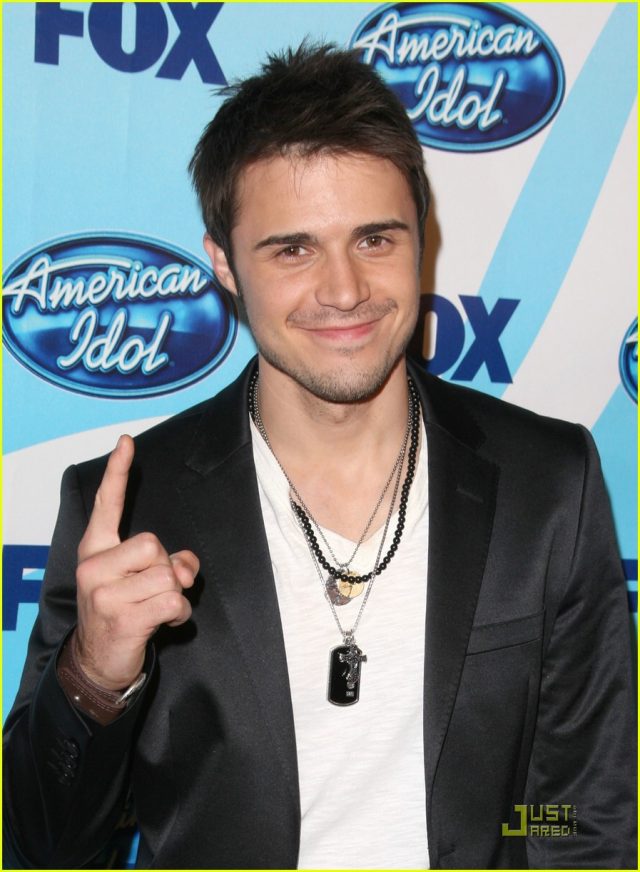 Anyone who’s ever watched American Idol, or knows anything about this country music superstar, knows the exact night she became famous – the night when she decided to stop doing country and sing a rock song that had been done so many times it’s almost cliché. But when you listen to this version and compare it to the others, it all makes sense why she chose this song.

After all, this is pretty much the moment this artist became a superstar.

This artist was the first legitimate country singer to take on Idol. This was right as country music was starting to go super mainstream and she was right there to be that girl on Idol. She admitted she was “breaking out of her shell” by doing the 80s rock song, then takes it a step further by showing up with 80s style teased hair and leather jacket.

The song is perfect from the start. Perfect. Just listen. It takes about three seconds for her to turn this song from a Heart and Ann Wilson song to a Carrie Underwood song.

She carries the start of the song perfectly, but that shouldn’t be a surprise. Most of the contestants who have sung “Alone” do a fine job at the start. That’s the easy part. The chorus isn’t.

After the drums hit, Underwood launches into “til now” and it’s lights out. It’s instant chills through the chorus – she doesn’t overdo the song; she sings it.

Most who have done it since Underwood are terrified of that chorus. It’s not easy to sing, and as far as I’m concerned, two have ever done it well – Ann Wilson and Carrie Underwood. That’s it.

You cannot ignore Simon Cowell on this performance when he delivers the most famous critique in Idol history:

“Carrie, you’re not the girl to beat, you’re the person to beat. I will make a prediction: not only will you win this show, you will sell more records than any other previous Idol winner.” 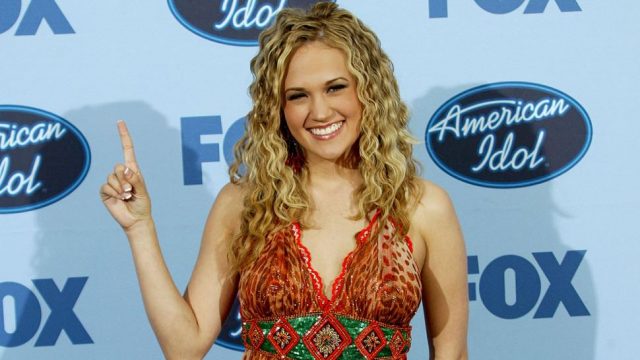 Get ready for goosebumps, here’s Carrie Underwood with “Alone”:

Last, but certainly not least, is an American Idol contestant who initially found American Idol unappealing but auditioned for it anyway in my neck of the woods – Seattle – introducing himself as the local beat-boxing champion in the audition.

If anyone ever documents the history of the show, this contestant is one of the most important contestants the show has ever had. His performance of this song single-handedly changed how contestants performed on the show. It proved you didn’t need to do note-for-note covers. It proved you were allowed to change arrangements and do something different. It introduced the word “risky” to the Idol lexicon. It was also good enough to get him to the final.

Think of all the top performances prior to this contestant; they were all exact covers or exact cover of a cover of the original. Post contestants became a lot more original and for the next few years, the content of the show was unmatched.

We heard this contestant’s beat-box routine and his ability to spice up songs, but even in the Top 6, he was, at best, the fifth best performer. Jordin Sparks, Melinda Doolittle and Lakisha Jones were so talented vocally, and Chris Richardson seemed like a pop star in the making.

This contestant was coming off a Bottom 3 standing in the Top 7 and needed a good performance in the Top 6 – with Bon Jovi’s songs as the theme, and Jon Bon Jovi as the mentor, this contestant came up with a performance that sent him right to the final and changed Idol forever.

The contestant had already used beat-box to add color to performances; it wasn’t really a featured piece. Things changed, and you knew it was going to be interesting when Bon Jovi said:

“16 measures of him not singing on a show that’s supposed to highlight singers makes me wonder.”

Until this contestant did what he did, nobody had ever been that original with an arrangement – which Randy Jackson says:

“We had country singers “take risks” by singing rock, or some guy sing a chick song, but we never had a guy take a song, totally remake it in a completely different style.” 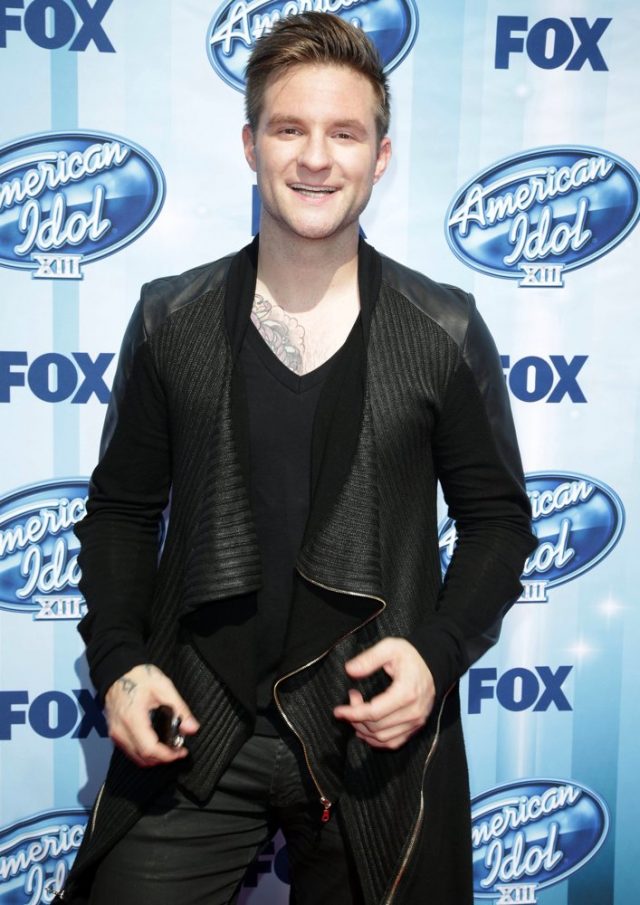 This is one of my favorite AI performances – here’s Blake Lewis with “You Give Love a Bad Name”: