Hope everyone is enjoying a long weekend! For some, school has come to an end, for others (like my kids), the school year is winding down with a few more weeks to go, giving the kids ‘short-timers attitude’, as they chomp at the bit to start their summer…heh!

Meanwhile, it’s Monday, and Monday means music! For the month of May, our Spotlight Dancer is our very own bloggy buddy Michele from Angels Bark! She has chosen the theme for this week, which is 220;Songs about Heaven or Hell”. Let’s get this party started!

Let’s start with a heavenly song. (see what I did there?) The artist was quoted as saying:

220;Everything in that song is everything we all think. I don’t know anyone who doesn’t want to go to heaven, but nobody wants to go today. If you could pick, you wouldn’t pick right now. You’d want to live, to do more things, to have more fun. And that’s sort of the point of the song, too. It’s one of those songs that says, ‘I’m not only not ready, I’ve got a little bit more fun to have.’ It’s certainly the way me and the people around me try to live, to pack as much as we can into every day… and it’s the way I think our fans are living. You can tell when you get out in the parking lot, these are people who have come to have fun, to make a few memories with their friends, and I think that’s a great way to live.”

George Strait recorded this for his 2008 Troubadour album, but when he decided not to release it on the album, this artist decided to record it instead. Strait’s version is available as a digital download.

This song is set to a calypso orchestration and features Bob Marley’s former backing band, The Wailers. This was officially credited as this artist featuring The Wailers and when this topped the Country chart Bob Marley’s former backing band became the first reggae act to reach #1 on this tally. It was also the first time that an act from Jamaica reached the summit of the Country chart. 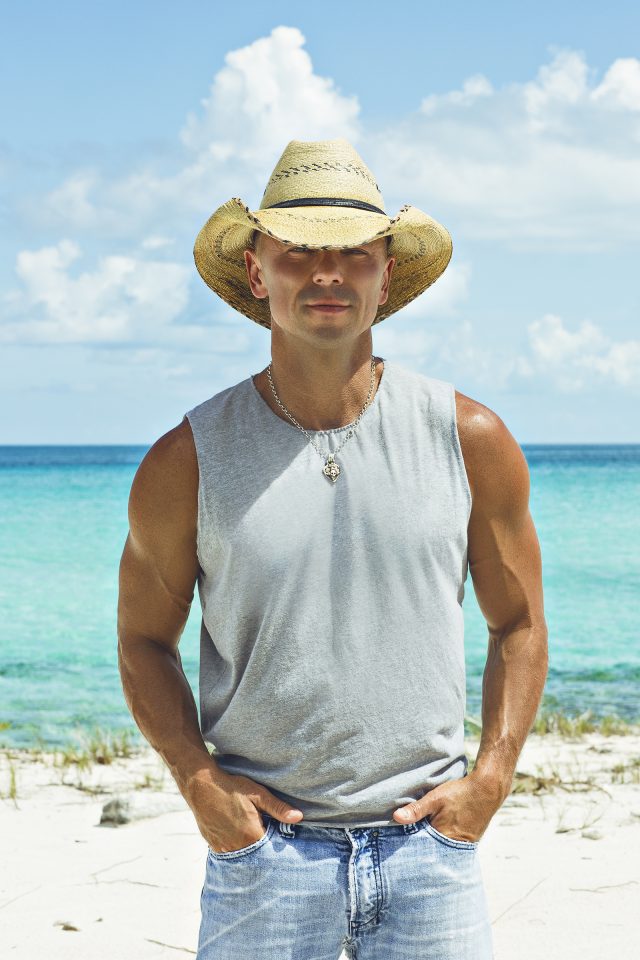 Get ready to dance to Kenny Chesney with 220;Everybody Wants To Go To Heaven”:

Next up is a song that, after a month of recording, the San Francisco based songwriter, Rick Nowels was very happy with the hook, but was uncomfortable with the verse, so he invited the co-writer, Ellen Shipley back from New York to re-write the song. The new version was played to this artist who loved it. She was quoted as saying:

220;‘[This song] is a kind of hopeful song. I think it’s saying you can create your own piece of heaven on your own patch. It’s a song about peace of mind and it’s also partly a love song.221;

The video was directed by award winning actress and director Diane Keaton. It created a new, more glamorous image for this artist – the new look with make-up and fancy clothes was quite a departure from this artist’s early days with The Go-Go’s. They started off as a punk band and sometimes wore garbage bags onstage. 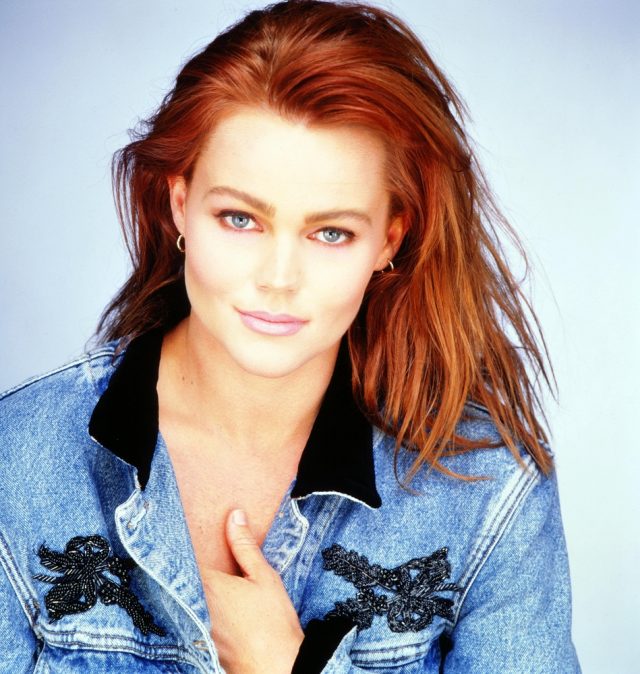 Without further ado, here’s Belinda Carlisle with 220;Heaven Is A Place On Earth”:

Next up, like all of this artist’s hits, this was written by pianist Jim Steinman. He said he wrote this to be the ultimate 220;Motorcycle crash song.” The lyrics refer to a rider being thrown off his bike in a wreck and his organs exposed:

220;Bat Out Of Hell” is an expression meaning very fast. Producer Todd Rundgren said that Bruce Springsteen was an influence on the Bat Out of Hell album. He was quoted as saying:

220;Jim Steinman still denies that record has anything to do with Springsteen. But I saw it as a spoof. You take all the trademarks – over long songs, teenage angst, handsome loner- and turn them upside down. So we made these epic songs, full of the silly puns that Steinman loves. If Bruce Springsteen can take it over the top, [this artist] can take it five storeys higher than that – and at the same time, he’s this big, sweaty, unappealing character. Yet we out-Springsteened Springsteen. He’s never had a record that sold like Bat Out of Hell, and I didn’t think that anyone would ever catch on to it. I thought it would be just a cult thing. The royalties from that album enabled me to follow my own path for a long time after that.”

The album spent 474 weeks on the UK album chart and became one of the top five all time best selling albums. 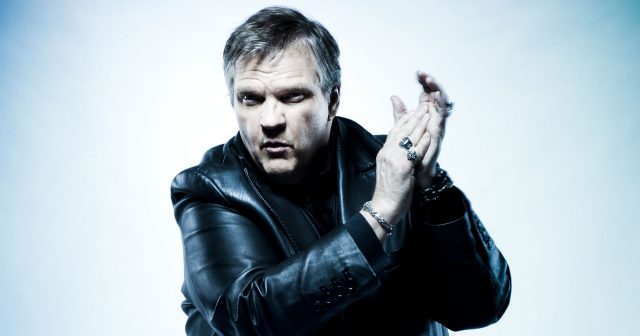 Give a listen to Meat Loaf with “Bat Out of Hell”:

Last, but certainly not least, is one of my favorite all-female country supergroup comprised of Miranda Lambert and fellow songwriters Ashley Monroe and Angaleena Presley. The trio came into existence after Miranda and Ashley got together for a songwriting session and as they shared stories, Ashley decided Miranda needed to meet her friend Angaleena. Following a midnight phone call between the three ladies, the group was born.

Miranda said the female perspective is central to Pistol Annies. She was quoted as saying:

“It’s [about] just real issues that women deal with. Our theme, through my music and through Pistol Annies is empowering women and talking about things that no one is actually saying. It definitely comes from experiences we’ve all had.”

Angaleena explained how the trio came up with the name Pistol Annies:

“We went back and forth and back and forth. We came up with 100 different names. It went on for three days. Finally after about 100 different things Miranda, out of the blue, was like, ‘Pistol Annies?’ And we both [said], ‘That’s it!’ We said, ‘Wow, that was a hard thing to do.’ She said, ‘Just think of how many songs titles we just thought of!’ Now, half of the band names are song titles!”

This song debuted at #1 on the Country Albums chart. Having reached the summit with her first three major label solo long players, Lambert became the first artist in the 47-year history of Billboard’s Country Albums chart to have notched #1s both solo and as part of a separately named, non-all-star group. This is one of four songs on the album to feature all three Pistol Annies on lead vocals. 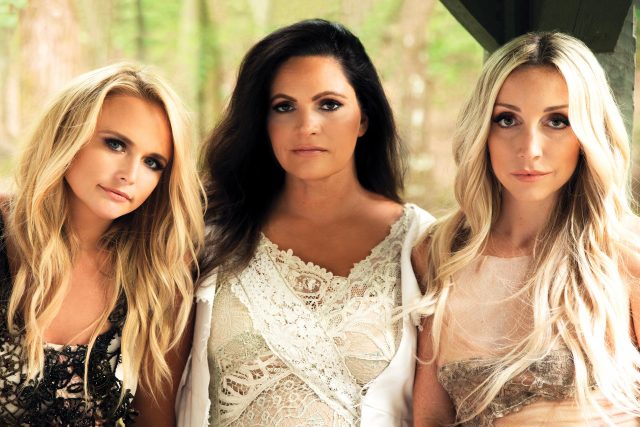 For your listening pleasure, here’s Pistol Annies with “Hell On Heels”:

10 thoughts on “Everybody Wants To Go To Heaven because Heaven Is A Place On Earth, but i’m a Bat Out of Hell because i’m Hell On Heels!”