Hello Tuesday! Well, when writing this it’s Monday night, but meant for Tuesday. Because Tuesday seems the best day to get random, no? As usual as of late, I’m running late. And Princess Nagger was generous and gave me her sinus infection.

Serves me right that I couldn’t resist the hugs and kisses, so I have no one to blame but myself. Seems sharing is caring in this household, because the hubby is starting to show the same symptoms. Lord help me, he’ll be sporting that notorious 220;Man Cold”. I’ll still be plugging along trying to ignore how crappy I feel, and he’ll be taking naps and resting. Doesn’t seem fair, does it?

Meanwhile I had a great birthday on Saturday – just another day of the week, but we did go out to dinner that night to a great little place one tiny town over from our tiny town. The prime rib was spectacular, and the service and people there were wonderful. It’s now my new favorite place to go out to eat! We’ll be back there multiple times for sure.

We had some excitement here in our tiny town – I don’t know if I’ve mentioned that our town sports the World’s Largest Egg: 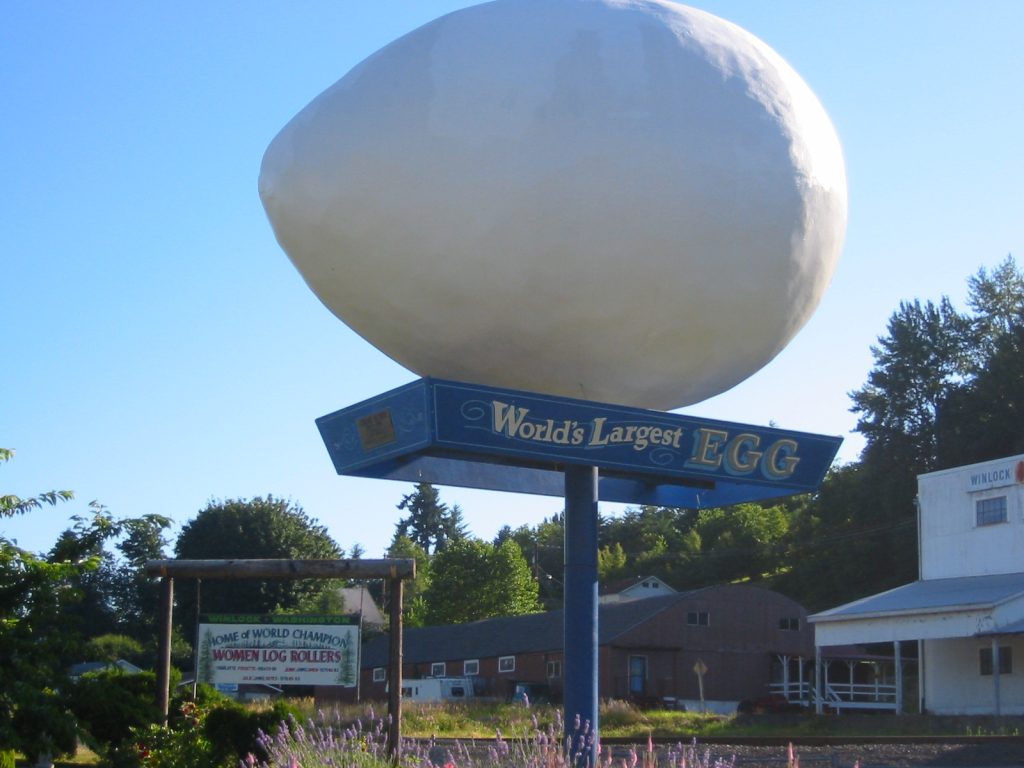 I believe the egg is even listed in the Guinness World Book of Records as the World’s Largest Egg, too. Our tiny town celebrates 220;Egg Days” every June – with parades, and fun and even an Egg Court. This past Saturday (on my actual birthday), when we were heading over to the next tiny town for dinner, we noticed the block around and near the giant egg was blocked off with police tape, so we had to detour around it to get where we were going.

When we got back later that night, we discovered that there had been a bomb scare in connection with the egg. Apparently, one of the ladies who was decorating the little park the egg calls home to ready it for the town’s Tree Lighting ceremony and Santa’s visit, she noticed what looked like a pipe bomb sticking out of the bottom access panel of the giant egg: 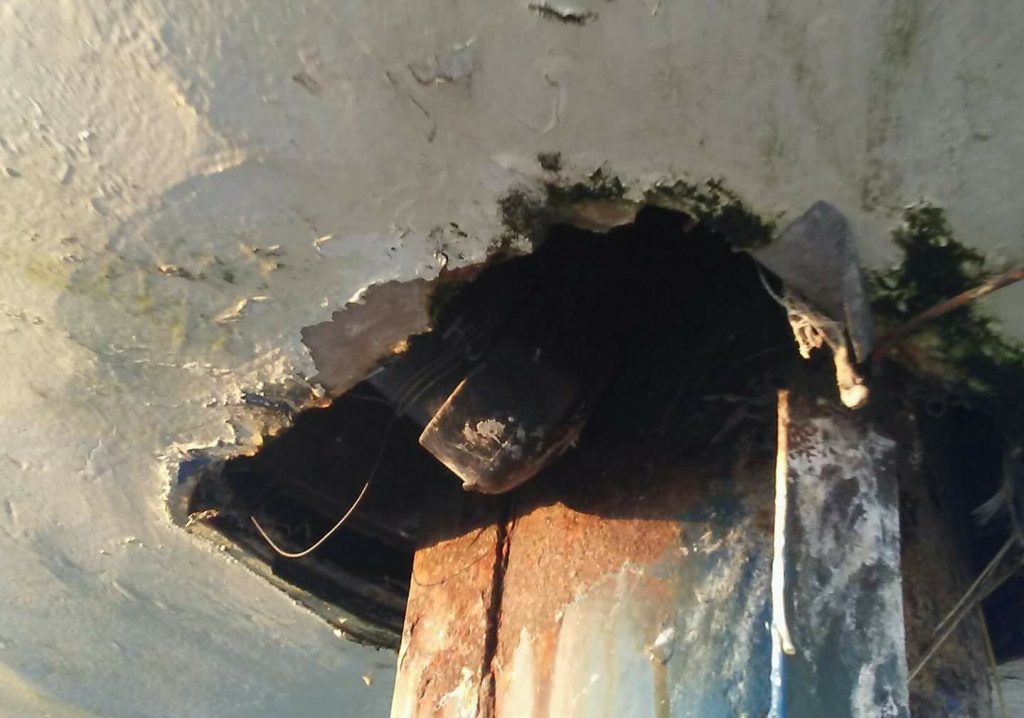 The woman called the police, who in turn brought in the Bomb Squad, who spent the better part of the cold evening investigating and opening it to find it was a time capsule that had been put inside the egg in 1991! Pretty wild, no? The time capsule was suspended by wires inside the egg – the wires rusted through and broke, sending the time capsule to its position you see in the image above. It’s sad to think we’re living in times where something like that is absolutely suspicious.

On to funny stuff… Oh! My hubby asked me for some wrapping paper to wrap my birthday presents on Saturday – while I make it a conscious effort to always wrap my fellow December baby friends’ gifts in birthday wrap (since generally people will be lazy and wrap in Christmas wrap), but for me since I love deer I gave the hubby some deer paper to wrap my gifts in. I had to laugh when I saw the pile’o’gifts, though – apparently he didn’t find a box quite big enough for one of the items: 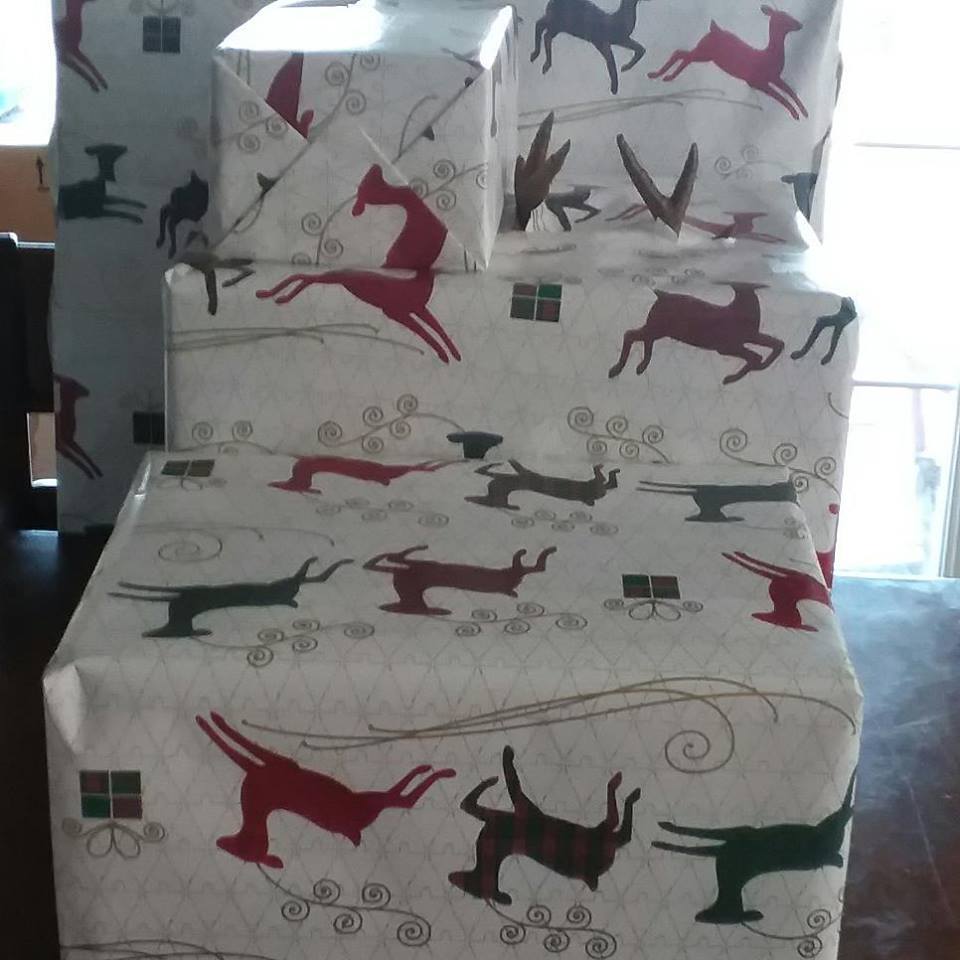 Notice anything unusual? How about a closer (albeit blurry) shot: 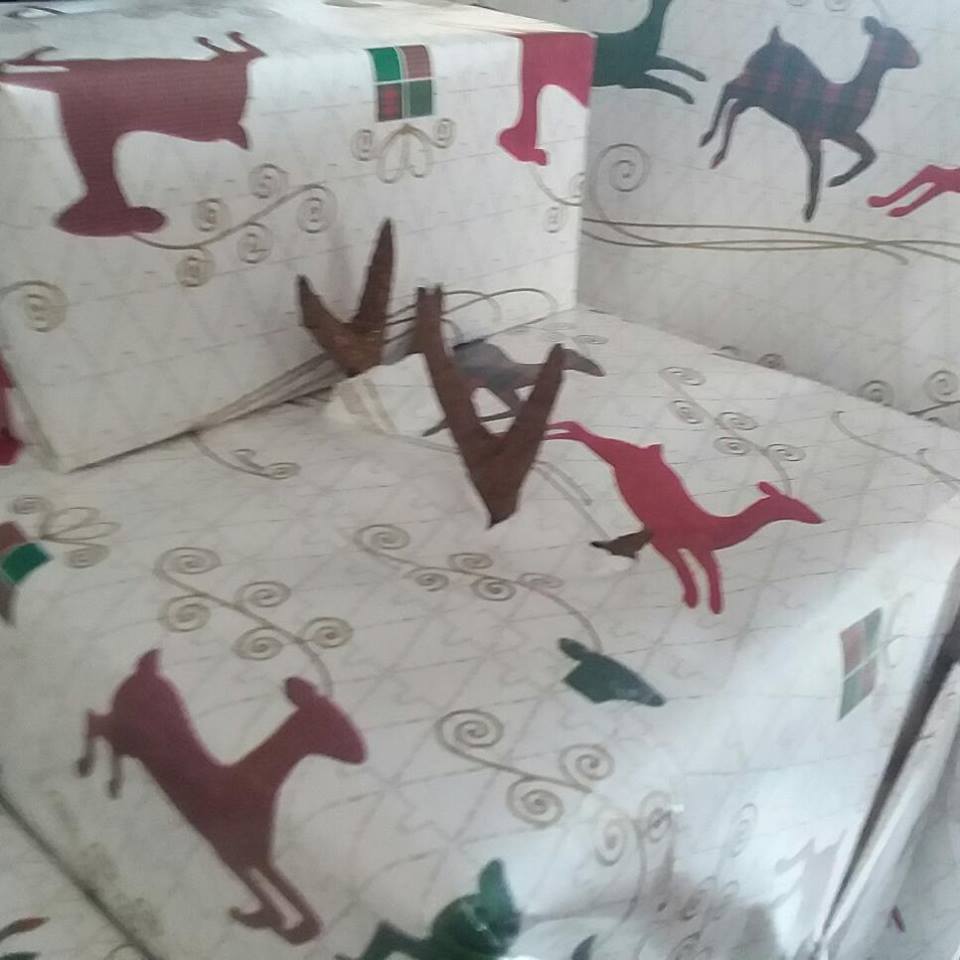 Gee, I wonder what it is? It was great the hubby went with the 220;Deer, deer, and more deer” on the short list I gave him to decide for birthday and Christmas. He hasn’t given me a list yet, so I’ve gotten creative listening to things he needs – and hopefully he won’t go out and buy them between now and Christmas (which he has done in the past, which makes it twice as hard to buy for him!)

I had more to write about, but it’s getting late and I’m fading fast, so we’ll keep it short-ish this week. But first, I’ll leave you with this: 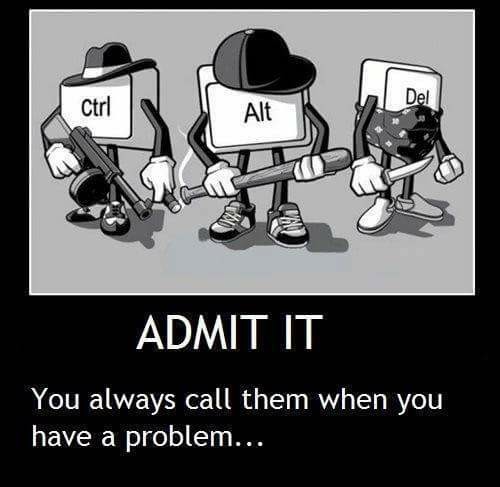