Did you have a nice weekend? We’re in the midst of some beautiful warm and sunny days – and by ‘warm’ I mean ‘hot’ for the Pacific Northwest. I’m not complaining, mind you, though I would appreciate a little cooler relief at night since our bedroom on the second floor sucks up all the afternoon heat when the sun blazes on that side of the house before it finally sets.

We’re gonna need to get a bigger fan. Just sayin’.

Our fearless leader Marie (Xmas Dolly) was in the hospital last week with pneumonia – here’s hoping she’s feeling better soon! Meanwhile, it’s Monday – and Monday means music! This week is a freebie, so grab your favorite tune and let’s dance!

Let’s start with the first single from this group’s seventh album, which addresses the sadness that follows a breakup. The relationship “was magic,” and though she realizes she’s better off on her own, letting go is still very difficult. The group was drawn to the song because the heartfelt lyrics were easily relatable. They were quoted as saying:

“A lot of times in life, there are things that you have to walk away from that don’t necessarily feel like the greatest decision to have to make in your life, but sometimes you just know that it’s time to move on, and no matter how hard that is, you just know down in your heart that it’s time to do that. And those are very difficult decisions that we face sometimes in our lives, and I think this song talks about that beautifully.”

The song was written by Taylor Swift, who sent it to this group, and said it was really special to her and thought of this group because of the harmonies. As soon as this group heard it, they knew they had to cut it.

When the group released the song, they didn’t let on who wrote it for 10 days – they were quoted as saying:

“The only reason why we didn’t say is because we wanted you to hear the song for what it’s worth, and it’s a beautiful song… And at her heart – she is the biggest pop star in the world, but she is a songwriter from Nashville, Tennessee, and she likes to tell a story, and we didn’t want you to have any subtext there, other than to hear this song.” 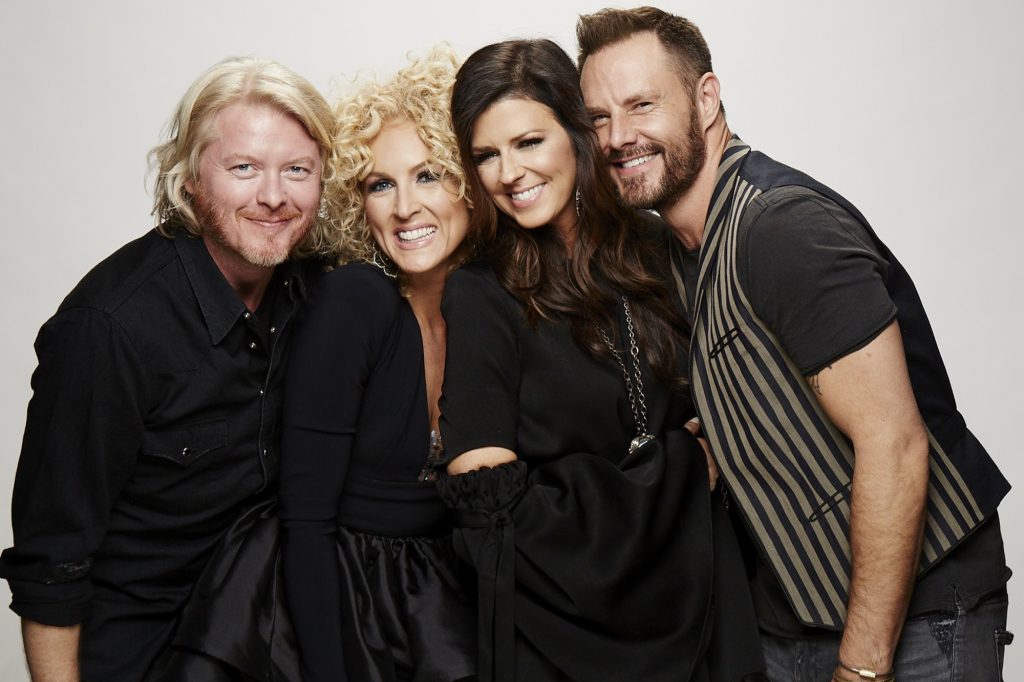 Next up is a song I heard on Criminal Minds Season Finale a couple of weeks ago – I had to hunt it down! I couldn’t find much about the artists who performed this, other than their biography posted on Facebook:

Elms District is an Indie-Folk duo that mixes Bluegrass, powerful harmonies and unconventional musicianship to communicate their love for music and their Creator.

Formed in 2012, their music has been sincere and original, hoping to inspire sounds that transcend mainstream music and conventional melodies.

What started as a dream has become a reality as they have seen people come to know and experience Jesus; stirring the hearts of those who listen. 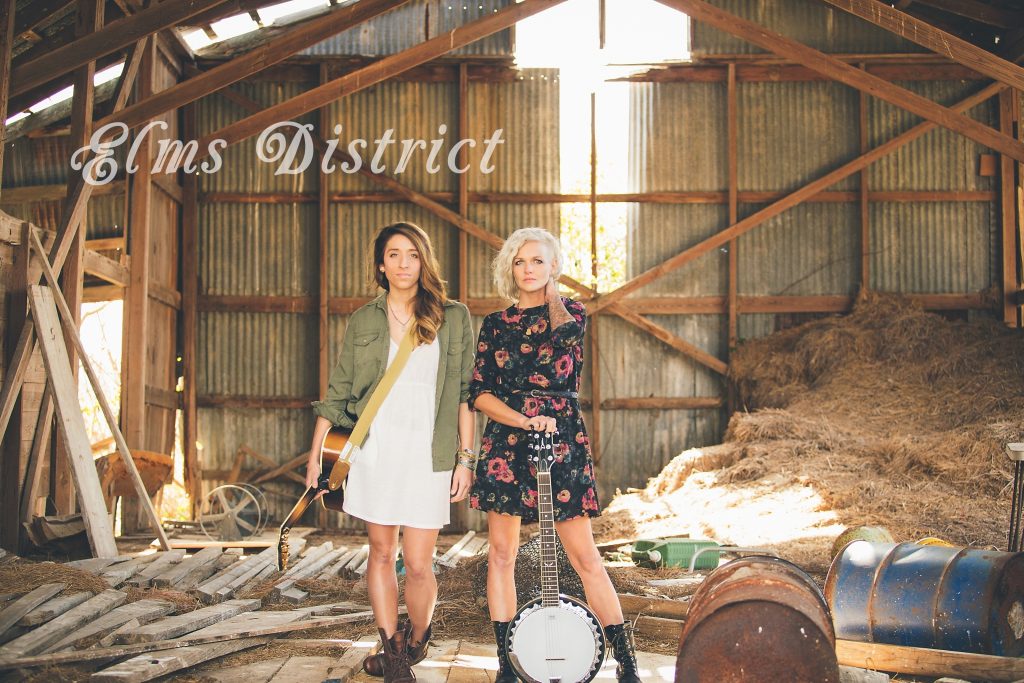 Annnnnd you’re welcome – for the introduction to Elms District with “Journey On”:

Next up is an artist who sings about the addictive nature of being in love:

Never had something that I can’t walk away from / Girl, my self-control’s so paralyzed / When it comes to you, no, I ain’t got no patience / There’s something about you that I just can’t fight

The artist wanted to record it when he heard the demo because he loved the ’80s uptempo vibe. The song’s music video is an action-packed movie trailer-style caper featuring the artist and feature artist as bank-robbing a bank-robbing duo. The artist’s real-life wife plays the singer’s pregnant significant other. 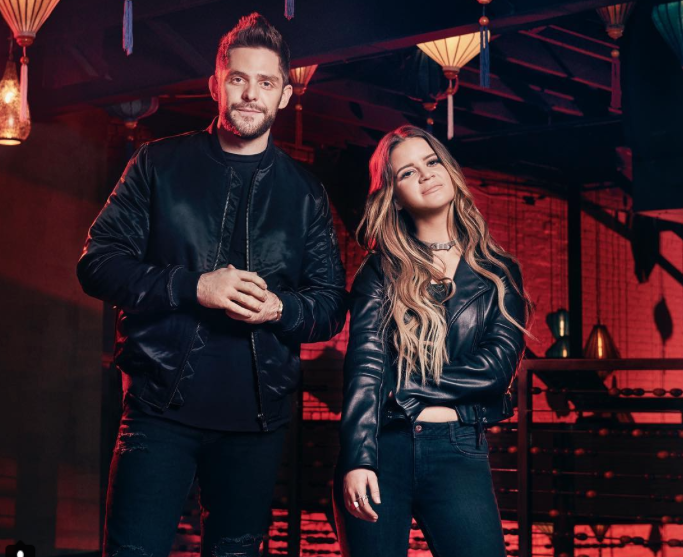 Get ready to be entertained – here’s Thomas Rhett featuring Maren Morris with “Craving You”:

Last but not least is a group who just released a brand new single and it just hits the spot. The song is about not conforming to societal norms and standing up to what he believes.

Inspiration for this song may have been drawn from a personal experience. The song goes on to say how the society crushes us to being followers and restricted thinkers and he wants to break free. 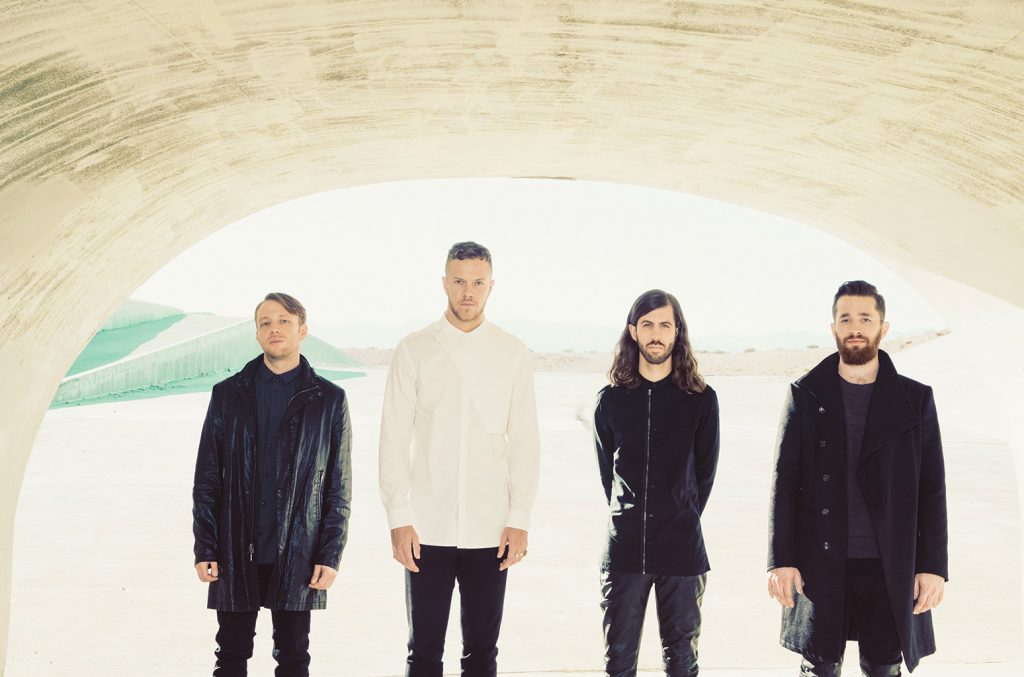 Hopefully the linky will show up – it’s not working in draft mode, but maybe it’ll resolve itself!