Hey oh! It’s the last Monday of February! You know what that means, don’t you? Those of you who are pining for spring to show up already is that much closer to having your dreams come true! I’m looking forward to it, too – I’m jonesin’ for some sunny days!

Meanwhile, it’s Monday, which means it’s time for some music! With this being awards weekend (The Oscars), our awesome Spotlight Dancer Claire aka “Incognitus Scriptor“, has chosen the theme “Songs from Grammy winners of the 1980’s”! I love it! Especially since the 80’s are when I actually started listening to music a lot.

Let’s start off with the Grammy winner for 1987 Song of the Year. Steven Spielberg, the producer of An American Tail, invited songwriters Barry Mann and Cynthia Weil to collaborate with James Horner on four songs for the film’s soundtrack, to be completed in a four-week timeframe.

The composers felt no pressure to come up with a radio-friendly hit, and were surprised when Spielberg felt this song had Top 40 hit potential. So much so, that he recruited these world-renowned recording artists to record a pop version of the song for the film’s closing credits. In the main body of the film, this song was performed by Phillip Glasser and Betsy Cathcart in the characters of the anthropomorphic mice Fievel and Tanya Mousekewitz.

At the 30th Grammy Awards, the song won two awards, one for Song of the Year and the other for Best Song Written Specifically for a Motion Picture or Television. It also garnered these two artists a Grammy nomination for Best Pop Performance by a Duo or Group with Vocal.

Give a listen to Linda Ronstadt and James Ingram with “Somewhere Out There”:

Next up is the 1981 Grammy Winner for Rock Vocal – Male. This is what the artist said the person the song is about:

“I don’t know her name. It was a brief relationship I had when I was making stained glass for a while. I was going to a stained glass class in Pasadena, and I met this guy and his girlfriend. I was completely turned on to his girlfriend, but she was just not interested. So I had a lot of sexual angst, and I went home and wrote a song about it. Then about 4 months later I stopped going to the class and lost contact with them.

The only thing I remember is his name was Gary, so I changed the name, because ‘Gary’ didn’t sing very well. But the whole thing is absolutely what I was feeling. He was getting it and I wasn’t, and it was really tearing me up. And sexual angst is an amazing motivator to write a song. Actually, Oprah’s people tried to find her, and they got as far back as finding the stained glass guy. I couldn’t remember his name, but I said it was late ’70s; they found him, and he had died 2 years earlier, and they’d thrown all his papers out a year after that. So we missed finding out who she was by a year.”

This song was this artist’s second Top 20 hit, and it was his only #1, where it stayed for two weeks in August 1981. The popularity of the song and album that summer was bolstered by the fact that the artist, also an actor, had landed the role of Dr. Noah Drake on the soap opera General Hospital earlier that spring. He began acting in the mid-’70s when his music career had stalled and his then-girlfriend, actress Linda Blair, suggested he try it. 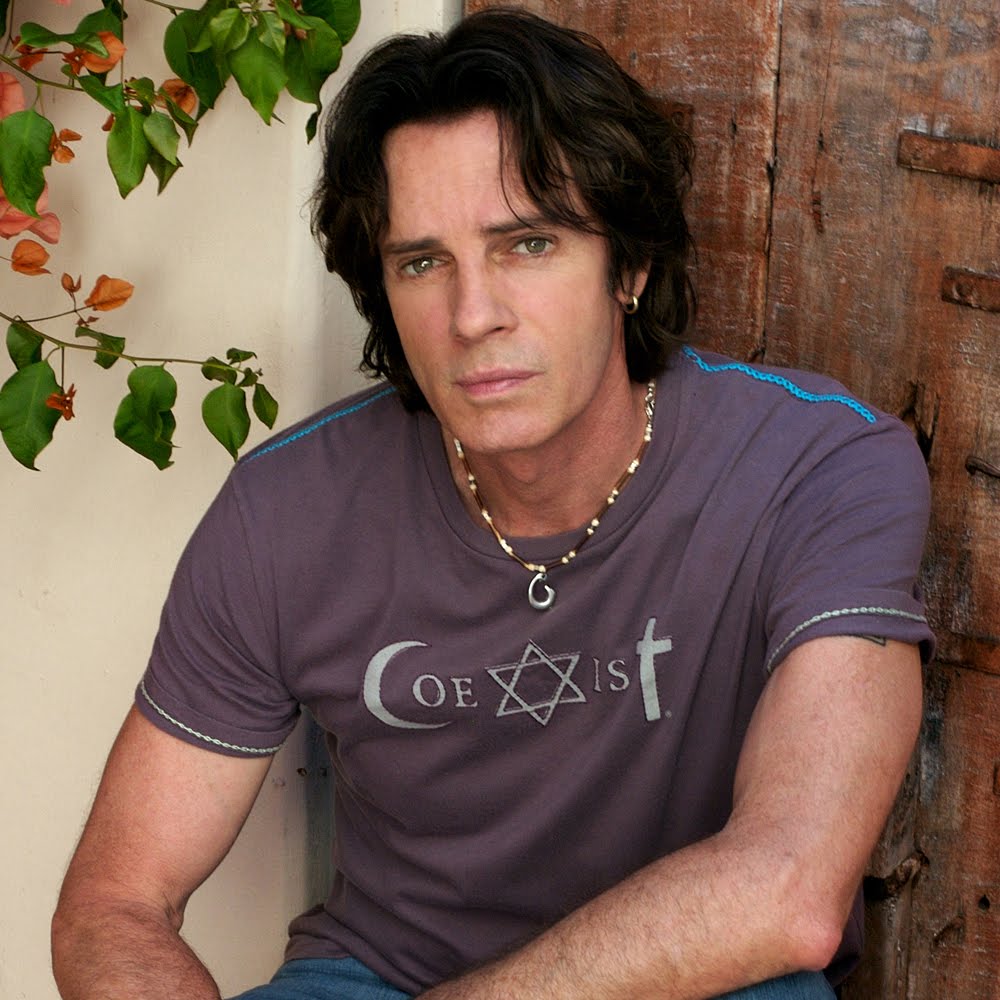 Here’s Rick Springfield (who I had a major crush on in the 80s) with “Jessie’s Girl”:

Next up is the 1983 Grammy Winner for Pop Performance – Duo or Group with Vocal.

This is one of the most misinterpreted songs ever. It is about an obsessive stalker, but it sounds like a love song. I know I always thought of it as a love song when I listened to it in the 80s. Some people even used it as their wedding song. The lead singer was quoted as saying:

“I think it’s a nasty little song, really rather evil. It’s about jealousy and surveillance and ownership.” Give a listen to The Police with “Every Breath You Take”:

Last, but definitely not least, is the 1982 Grammy win for Rock Vocal – Male. It’s a song by an American singer-songwriter, and was a number two hit on the Billboard Hot 100. It was the first of three major hit singles from his 1982 album.

The artist claims he wrote this song as “a goof.” In a 1982 interview with The L.A. Herald Examiner, he explained:

“My friend George said, why didn’t I write a song with the title ‘Hurt So Good’? We thought of it as like a Shel Silverstein thing. I wrote it in three minutes, scrawled the first line in soap on the glass door in the shower. It was really just a joke. I think all good things probably started as jokes. Wasn’t God having a laugh when he made this whole place?”

The artist was in danger of being dropped by his record label if this album didn’t sell, so he did his best to write some hit songs for it. The label didn’t think it would sell, but were proven very wrong.

Fun fact: Back when he was a rapper known as Marky Mark, Mark Wahlberg wanted to turn this into a rap song, but this artist would not allow it. Without further ado, here’s John Mellencamp with “Hurts So Good”:

5 thoughts on “Somewhere Out There is Jessie’s Girl and Every Breath You Take Hurts So Good!”