The kids are winding down the school year – if you ask them, they’d exclaim “Finally!!”

That will be my exclamation when school’s getting ready to start again in the fall…heh.

Meanwhile, since Tuesday Coffee Chat inundates more than my usual mentally allotted word count, we’ll focus on that this week, shall we? Besides, it’s very random all unto itself. You’ll see.

But first, Princess Nagger insists that I do one random thing, and post this picture: 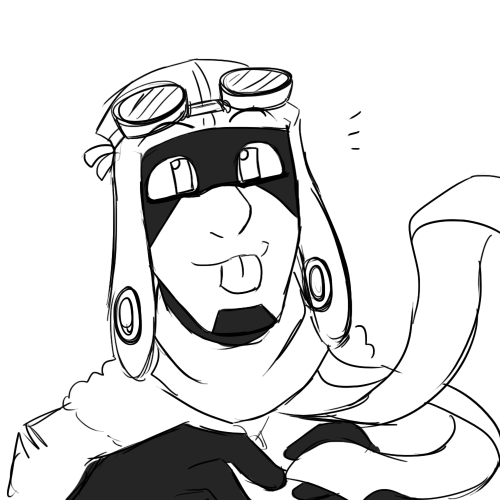 Alrighty then. Yes, she’s out there. Definitely out there. But, as she said, it is random. So there you go. Random for the week, compliments of Princess Nagger.

“Is a picture prompt, because I wondered how well we all know one another here on the Chat. It probably should have been done on the first chat of the year — but better late than never. Complete the questions, come back next week and share” 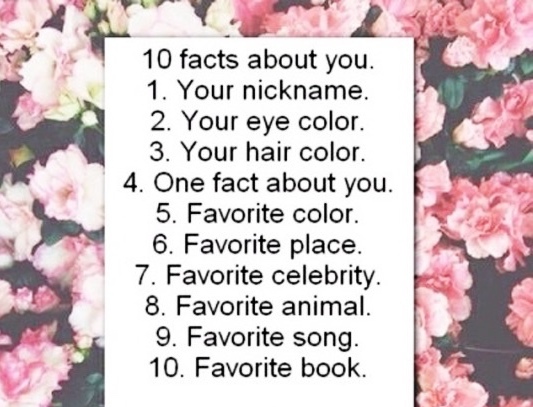 And away we go!

1. Your nickname: I have several nicknames – AP for Accident Prone during my Jr. High/High School days, plus Misty-A because I was a sucker for monopolizing most of my Study Hall periods as a Teacher’s Aid.

But the most significant nickname is ‘Shelly’. Anyone who’s known me from birth until 6th grade (particularly family and extended family members) calls me ‘Shelly’ instead of Stacy.

Why? Because my parents didn’t want there to be confusion with my mom’s name, Stacia and my name, Stacy (side note: my parents named all us kids after them in one form or another, but my mom tells me she was too ‘selfish’ with her name to give it to me, hence ‘Stacy’ instead).

So I answer to both Stacy and Shelly – and jokingly tell people I also answer to Hey You!

I stopped being called Shelly in 6th grade because there were two Shelly’s in my class – me and Shelley Perry. The teacher felt bad for the other Shelley, though (and not because she added that pesky ‘e’, hence spelling her name wrong), but we were always refered to as “Shelly S.” and “Shelley P.”.

Nobody wants to be called pee.

So my sister came up with the idea to call me by my ‘real’ name to avoid all the confusion. And the constant classmate snickering at poor Shelley P’s expense. After that, Shelley P. avoided snickering, and I henceforth became known by my real name vs. my nickname.

Except family members who sound weird when they call me Stacy, since they’ve called me Shelly my whole life.

2. Your eye color: My eye color is hazel. I like that it is, because depending on what I’m wearing, my eyes will either be blue or green or gray…but mostly hazel. I joke and tell people I have mood eyes. They change colors by my mood.

3. Your hair color: Blonde, of course! Swedish heritage. Of course it’s gotten more of a darker dishwater blonde over the years, so I do have highlights added for fun (and so it doesn’t look so dreary in my eyes). But yep, I’m a bonafide blonde.

All four of us kids had pure white hair growing up – my dad was hoping one of us would end up with red hair since he’s a redhead, but alas, we were all blondies.

4. One fact about you: Aren’t all of these facts about me? Hmmmm… I’m an eternal optimist, and even when I’m not feeling it, I’m always smiling. I joke that smiling uses less muscles (which is true) and that I always like to keep people wondering what I’m up to.

5. Favorite Color: Hunter Green. Though I’ve been doing a lot of red lately – my kitchen accents are red and my car is red. Which I suppose works at Christmas with the combination of those two colors, right?

6. Favorite Place:  Washington State as a whole. It was really tough being gone from here for so many years – so great to be back. Especially when feasting my eyes on this:

But if you’re talking favorite vacation place, I’d have to say at this point it’s gotta be Punta Cana in the Caribbean, since we’ve been there twice so far and plan to go back. 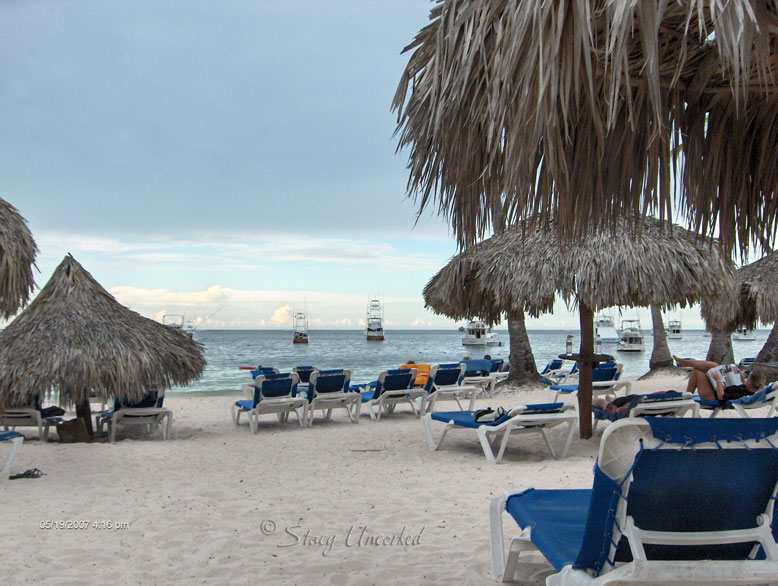 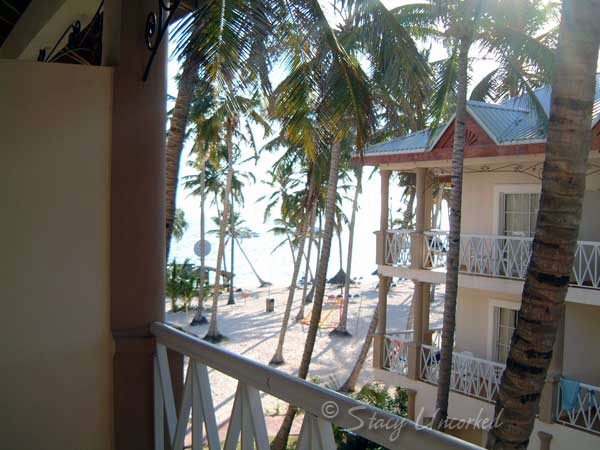 The first time we went there was our first big vacation together in 2002 when I was unknowingly three months pregnant with Princess Nagger. We even went on a Jungle Tour with the best tour guide ever – I’m posing with him and a snake (but not his snake): 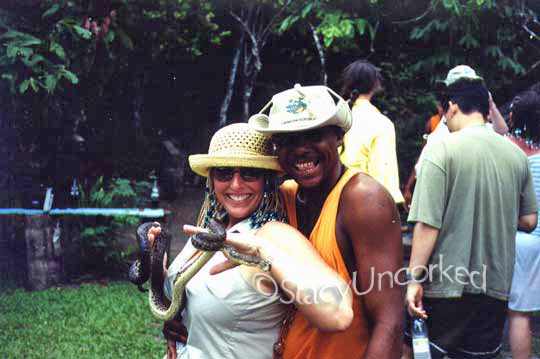 And yes, I had about 100 braids in my hair that the local ladies did for me – which took more than three hours with my hella hair, but they were so very nice about it (and I was like a sideshow for them) so of course I tipped them big.

We went back in 2007 with Princess Nagger (outside the womb instead of inside…heh!) and had planned to go back every 5 years, but life got in the way, so hopefully in the next year or two we’ll be back. The locals were pretty much the same – and remembered us on our second trip there, so it will always be one of my top favorite places.

One of these days, when I finally get to tour the wine country in Italy that I so very much want to do, it may take second place on the favorites list, but for now, it’s number one.

7. Favorite Celebrity: At first I thought this to be a tough one, since there are several that are favorites of mine, but when I really stopped to think about it, I have to say Stephen Amell. Some of you may be going “Who?!” but if you’re an Arrow fan like I am, you’ll know who he is. Not only is he freakin’ hot: 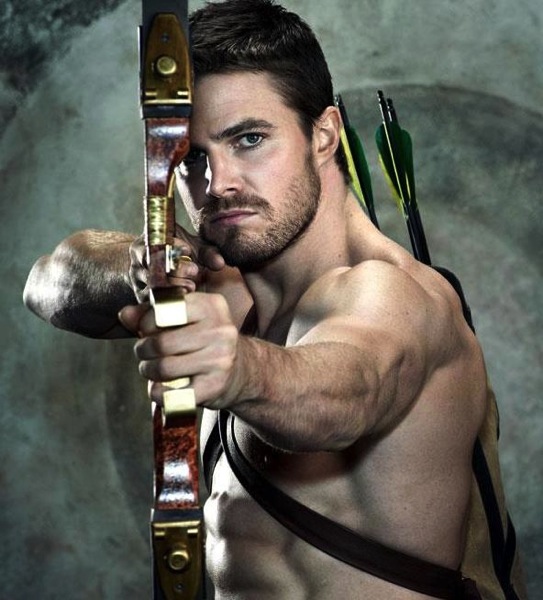 But he’s an amazing actor, and he’s super down to earth and interactive and friendly with his fans on Facebook (and in person). He also leads the charge for charities and people in need – the guy does so much good all over the place, he should have angel wings.

Not only that, but he and a friend of his started their own wine line. I know, I know – wine, people! You know I go weak in the knees for any fellow winemakers! 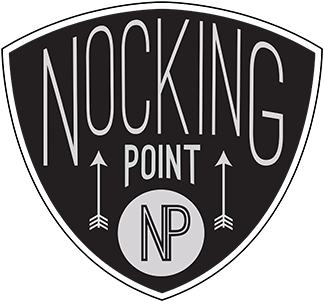 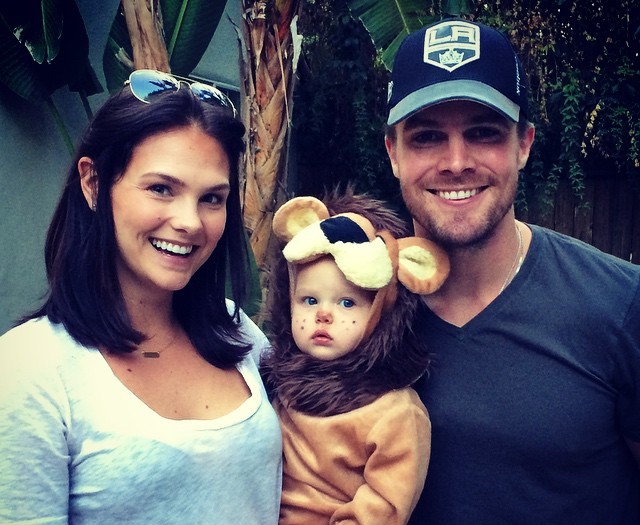 And he invented the word ‘Sinceriously’ and launched a whole charity campaign around it. The guy can do no wrong. Sinceriously.

8. Favorite Animal: If you’ve been reading me for a while, you know that deer are my favorite animal. The story behind that choice as a favorite is actually pretty funny – when my sister was 8 and I was 7, we somehow got on a discussion about favorite animals. At the time, we both loved horses (both still do), but my sister wouldn’t let me choose horses as my favorite.

Her reasoning was because she was a year older, she got to choose and I couldn’t copy her. So I decided that deer would be my favorite animal, because they look a lot like horses. Logical, no? And it’s stuck ever since – I love getting gifts for birthday or Christmas that is deer themed or deer related, and always look for something ‘deer’ when we’re traveling.

I would absolutely love to get a miniature deer as a pet – that would be the pièce de résistance for sure! Especially since they’re so very cute:

Isn’t it adorable?  That one’s actually for sale, but in Georgia. I wonder if they’ll ship to Washington State?

9. Favorite Song: This one actually is a tough one, because my favorites change by the season. But if I had to pick on right now this minute, the first one that pops into my mind is the song from Drake White “It Feels Good”.

He finally posted the official music video, so I finally get to share that. They filmed it in Slidell, Louisiana – it’s fun to see the area from when we visited our friends down there a few summers when we were still living in PA.

The artist explained the reason for filming in Slidell of utilizing a lot of ‘real’ people – real folks having a crawfish boil. That was something we enjoyed participating in when we were visiting friends, might have to recreate that here this summer.

10. Favorite Book: Here again I’m at a loss for picking a specific book. Let’s just say anything in my favorite genre – Historical Romance – is a favorite of mine.

Now I invite you to reveal yourself from this list, too – no pressure. And it doesn’t have to be today – you can tuck it away for future reference when you find yourself trying to think of something to write about. I always appreciate those moments of inspiration.