Here we are at Tuesday, and I’m wholly unprepared for it to be Tuesday. The kids have early dismissal today, so you know my afternoon will be inundated with refereeing the kids. Could be worse, though, luckily it’s only 2 munchkins to referee so if it gets too crazy they can retreat to their opposite corners.

You know, when I’ve had enough and put myself in a Time Out.

And, you know, a Time Out is for mama is way better with wine. Just sayin’.

Did you hear about the Super Tide that happened over the weekend briefly turning France’s Mont Saint-Michel into an island on Saturday? It’s the “tide of the century” which only happens every 18 years. 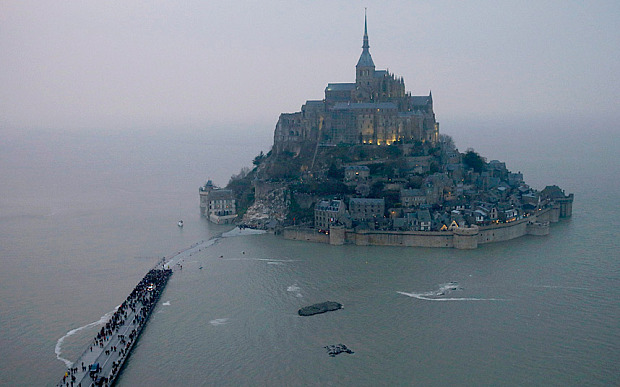 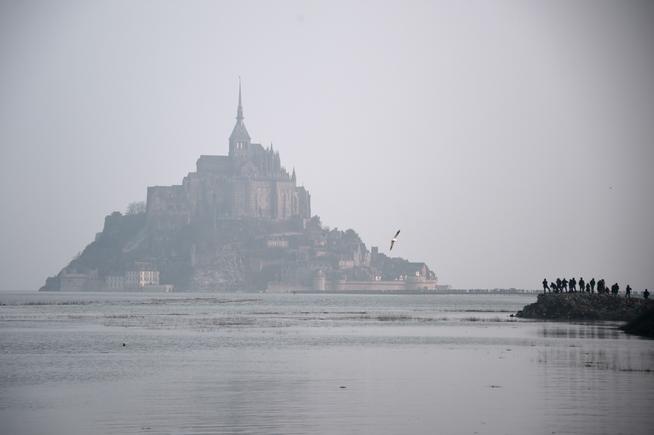 Pretty cool, no? The tide was said to rise at the pace of a horse’s gallop – wonder if it was the same pace for retreat? An even higher tide was predicted for Saturday night, so the abbey was staying open until 10 p.m. to accommodate visitors.

One of these days I’d love to get to France for a visit, as well as a chunk of my ancestor’s homeland of Sweden, and of course tour the wine country in Italy. Bucket list items for sure!

Speaking of travel… There was a dude from here in the Seattle area that was accidentally invited to some guy he doesn’t know Bachelor Party in Philadelphia. He was inadvertently included in an email thread of the friends of the groom, and he decided to just monitor the email as an entertainment factor because those guys all sounded like his own friends. In fact, he thought his friends were playing a prank on him.

He ended up sending an email to the group at some point letting them know that he enjoyed their banter, but being that he’s all the way across the country – and doesn’t know the groom or them – that he’d be unable to attend.

Apparently all the cool dudes in Philly decided he really needed to fly out anyway, especially since he actually looks like he could be the groom’s brother: 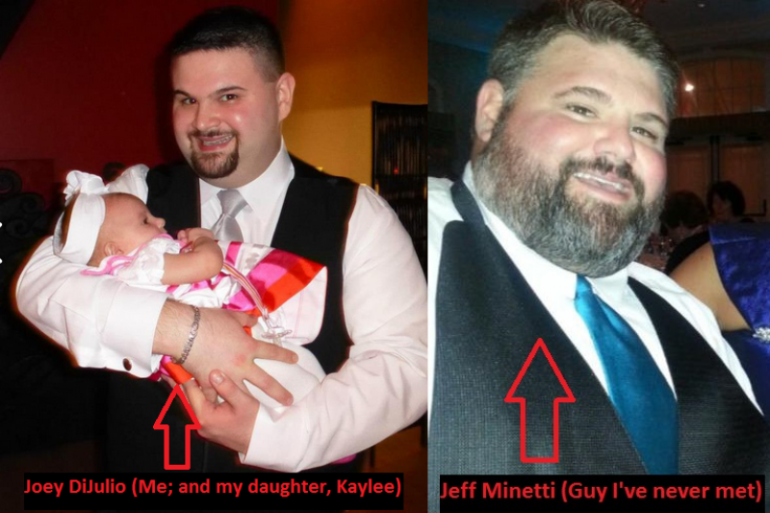 Isn’t that uncanny? The friends of the groom were all trying to figure out how to get this guy out there – they were even willing to chip in to pay for his flight. Sounds like a nice group of guys!

The accidental invitee decided to set up a Go Fund Me campaign, and surpassed his goal for the cost of the flight and hotel room in less than 24 hours. He upped the goal so whatever overage he ends up getting, he plans to give to the bride and groom for their wedding present.

As if that wasn’t enough, the groom himself reached out to him and even asked him to be his Best Man. It’s definitely going to be one of those unique wedding stories they’ll tell for years to come! I’m hoping there’s an update after the bachelor party and wedding this weekend.

This week’s prompt or question was carried over to this week, since Rory had some family issues to attend to last week, so those of you who were here last week, just pretend you didn’t already read this next part, m’kay?

17 Again!  If you could be any age again, for one week, what age would you be?

Ooooh…that is a tough one. I honestly can’t think of any specific age I’d like to be again. Though I have often said (and the hubby will back me up on this) that I would love to turn the clock back 20 years – have everything as it is right now, but 20 years earlier.

You know, so I could enjoy where I’m at and what I have for an extra 20 years.

How about you? Any age you’d love to turn the clock back to, even for just a week?

7 thoughts on “Supertide of the Century, The Accidental Wedding Invitee, and an Age Question: RTT Rebel with Coffee”