And just like that, another week has flown by in the blink of an eye! The question remains, however – those that are they say that time flies when you’re having fun. Why then does it still seem to fly when you’re not?

Let’s make today fun by starting off with a random image that’s been floating around for a few years – Princess Nagger’s very first favorite animal was a giraffe (she’s changed her favorite several times, but recently said she still does like giraffes) so I like this for several reasons:

Isn’t that cute? I love it.

Speaking of cute… or not… I think it’s pretty much a given that all boys are crazy, right? Little Dude is no exception. Week before last he had an altercation with the monkey bars at school. And by ‘altercation’ what really happened is that a girl in his class told him to jump from one monkey bar to the other.

What boy wouldn’t want to impress a cute girl, right?

He’s going to be a lady killer when he gets older, that one. Or he’s going to be wrapped around a girl’s finger like he was on the playground. Because yes, he did jump as told by that little girl. And of course didn’t make it.

Instead, he fell and hit his head on the supporting bar of the monkey bars – and cracked that sucker open. He’s cracked his head many times since he’s come to live with us – and more often than not there was a girl involved.

Like last year in Kindergarten, he was holding hands with a girl and running on the playground – and ran smack dab into a brick wall.

He got a nice goose egg for that one. And an early dismissal home, of course. There was no cut and no blood, so he was able to avoid a visit to the doctor (or should I say I was saved a trip when we were able to determine he was OK with a phone consult to the pediatrician’s office).

But this time? There was blood. And lots of it. Of course when I got the call from the school, I was envisioning the other 4 times he’d whacked his head while goofing off on the playground during recess, and figured it’d be a repeat of those scenarios – until I picked him up and he had his head bandaged by the school nurse thusly:

Everyone was amazed at how calm he was during the whole thing – sure there were tears when he first hit, but after his head was bandaged and he waited for them to call me and be picked up, he was calm, cool and collected. Even subsequently waiting to be seen by his pediatrician to see if stitches were necessary, he was already back to his old chipper self, as the picture above portrays.

We were very thankful the pediatrician was able to squeeze him in between appointments, we knew going to Urgent Care was never a speedy process, especially since he seemed perfectly fine by the time we got to the doctor’s office.

He was lucky – they were able to irrigate the wound (approximately an inch-and-a-half long), then the doctor decided to part his hair and crisscross it over the wound as much as possible, then super glue it to keep it closed:

He was instructed to keep his feet on the ground for the next two weeks, because if he broke it open that would definitely require a trip to Urgent Care and he’d end up with staples instead of super glue. So far, so good! (knock on wood)

When we finally got home, he was more worried about the blood on the jacket he’d been wearing, as well as his shirt and the chord on the back of his glasses. The nurse had handed me the jacket and glasses in separate plastic bags, so I was a little taken aback when I saw how much blood there’d actually been:

Crazy scary, isn’t it? But he’s perfectly fine, and it’s like it never even happened. Here’s hoping he keeps from whacking his head again for a very long time. Good thing he has a very hard head!

I think; therefore I have a headache. Suffer from over-thinking? Guilty of the thinking much? Or, just.. .meh.

Here’s something to think about – this picture represents the technology now combined together to fit in our pocket: 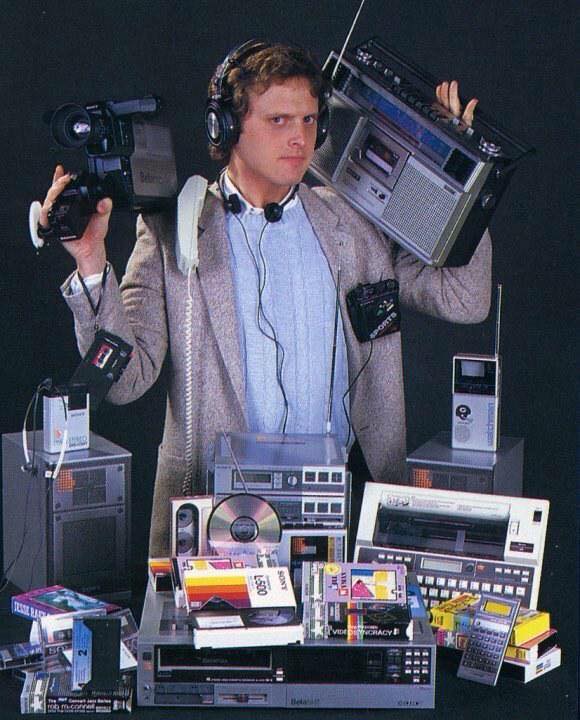 Pretty crazy to think about, isn’t it? I know that’s probably not what Rory was looking for, but I’ve already exceeded my word quota for your brain to think about. So we’ll just leave it at that.