I’d really like to have a chat with whomever it is that keeps pushing that fast forward button instead of hitting the pause button. Mid-October already? Who’s the wiseguy speeding up time instead of slowing it down?

If you step forward now, you’ll be granted leniency. If not, you’ll get coal in your stocking in approximately 71 days. Just sayin’.

Yeah, I know, see what I did there? I slipped in how many days until Christmas. Let the panic ensue. Well, maybe not, after all it is 71 days, not like 5 or something.

It’s a vicious cycle, I tellya. The ride seems to keep going faster and faster instead of slowing down.

Oh whoops! There I go again with the Christmas reference again. Sorry about that. Or am I?

Seriously, though – I’ve said it before that it’s crazy how soon the stores are switching out the holiday stuff – back to school items hit around the 4th of July (hello?! some schools have only been out for the summer a couple of weeks by then!), Halloween sort of appears in August with a smattering of fall stuff, then boom! Christmas shows up weeks before Halloween.

Poor Thanksgiving ends up being the unwanted stepchild as it’s shoved aside and nearly forgotten amongst the angels singing and the reindeer sleighing. I know, reindeer don’t sleigh (or slay for that matter), but it’s punny.

Speaking of my head… Oh, nope, we really don’t want to go there. Obviously. Just a tad bit crazy, but usually in a good way. Especially when it involves wine.

Speaking of crazy… Did you hear about that chick that claimed to have added a third boob because she ‘didn’t want to date anymore’? Puh-leeze! 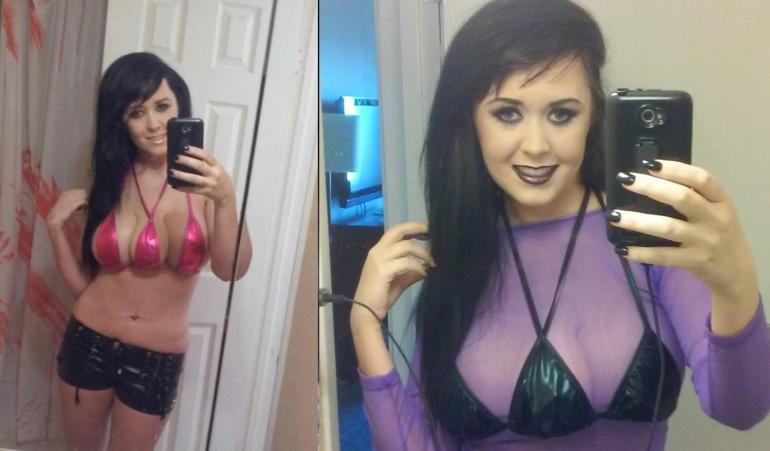 First of all, she’s a fraud. She wore a fake boob to make it look like she had an extra one put on, and she apparently had been arrested for fraud prior to her latest fraudulent event. Some people will do anything for their 15 seconds of internet fame.

See what happens when I sit down at my computer wholly unprepared to randomize for the week? I’ll try to do better next week, but no promises.

September is clipping along at a fast pace – I just realized it’s time to break out the fall decor to jazz things up around here. Of course with the inundation of smoke, that sort of was a mitigating factor … Continue reading →

Today marks the midpoint of September – so far it’s been a surreal year, and I for one will be happy to see it exit stage right. Little Dude has been having issues already the first week of school – … Continue reading →

6 thoughts on “Stop pushing that Fast-Forward Button, yo! Also a boob trifecta and other randomness: RTT Rebel”