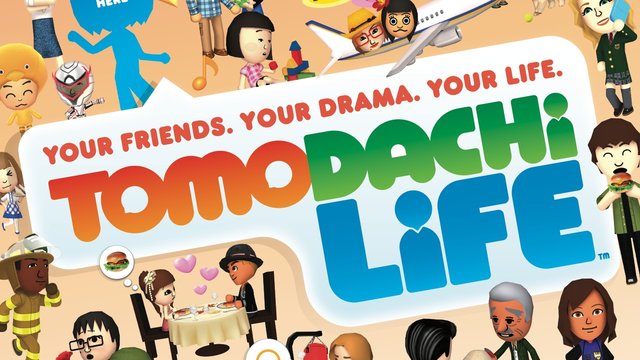 If you like playing video games, there’s a new one out you really should check out. Tomodachi Life has become Princess Nagger and my newest addiction. 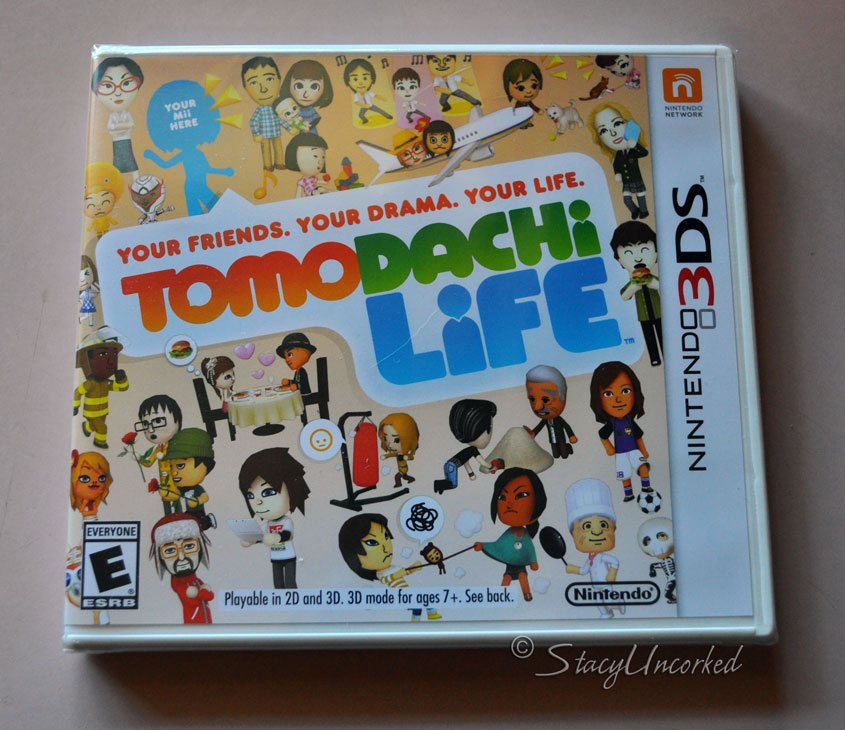 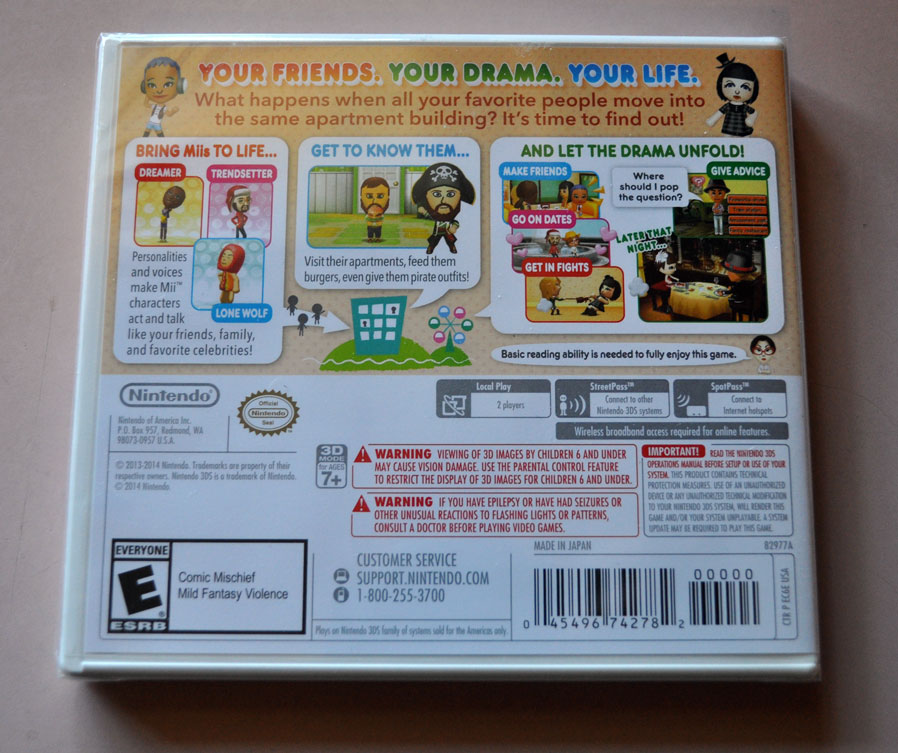 Doesn’t that look cute? It seems to be the only game in recent days that actually pulls her away from Minecraft, Spore and Pokemon – so that’s saying a lot.

What I really like about it is unlike other progressive-type games we’ve played, in this one you get to create your own character (aka Mii) from scratch, or use a previously created character from your Mii account. Princess Nagger created a new character for this game: 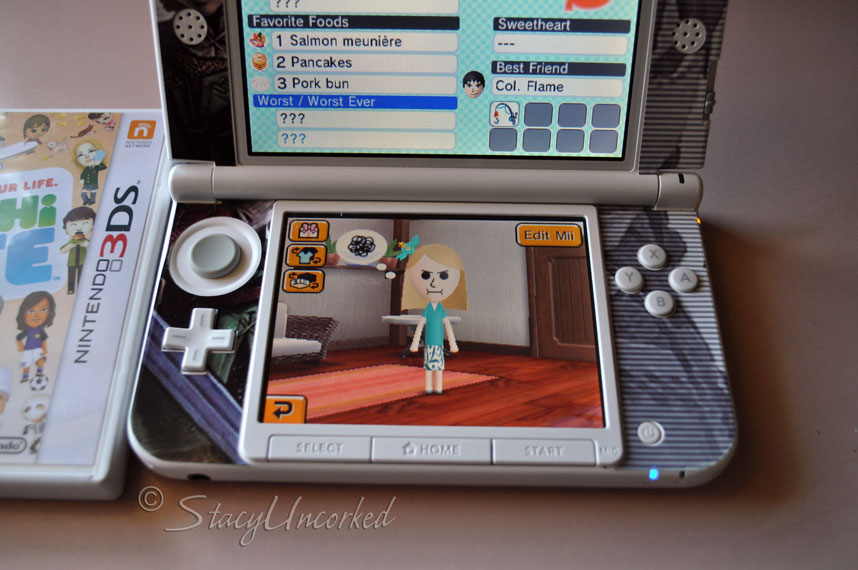 Yep, that pretty much looks like how she looks with her Tweenitude these days – though creating a frowny-faced character makes her smile. Wouldn’t that be considered an oxymoron?

As you progress with the game, you create different people (and hope they get along with each other). Each created character has a unique personality – you set up their individual traits, and you can even give them different voices as you customize their options.

Once your Tomodachi people take on a life of their own, they may not always agree with you. Just like you and me, they have likes and dislikes, so there may be come personality clashes amongst your people, or they might not like the clothes you dress them in or the food you feed them.

It’s kind of fun to mess with them, though – their reactions when you feed them something that’s specifically on their list they don’t like is hysterical!

They each also have their own personal screen with the personality traits, and a list of likes and dislikes. Princess Nagger likes having her character ‘hang out’ with her other characters: 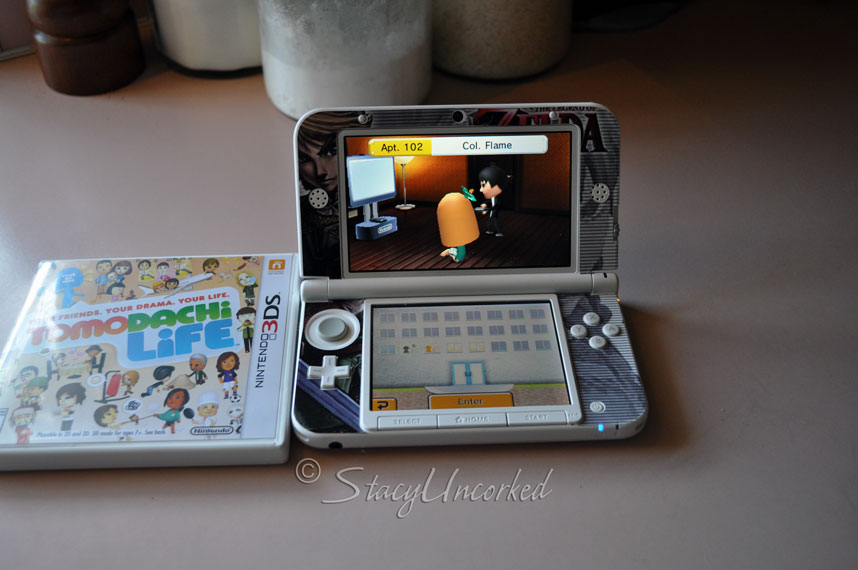 And yes, one of her character’s names is “Colonel Flame” (Col. Flame).

You set up different life goals, too – some of your Tomodachi islanders may want to get married and start a family. Some even play mini games with you – no two Tomodachi games are alike, since they you personalize each and every one of them.

If you like having fun with a game, this one absolutely fits the bill! You can buy Tomodachi Life at Best Buy – they have some great sales coming up that include Nintendo Bundles (I’m definitely checking those sales out – Christmas is coming quickly! Hey – don’t shoot the messenger!)

Playing games as a family, we like to utilize our various game consoles – as Princess Nagger has gotten older, it’s gotten even more fun, and Little Dude is starting to get the hang of different games, too.

But when we’re running errands or hanging out in waiting rooms, having handheld devices is a lifesaver for our sanity. Ahem.

Princess Nagger has the gambit of devices, but her ‘go-to’ favorites are her Nintendo ones – the GameBoy, Nintendo DSi XL and her recent acquisition for a very early Birthday present, her Nintendo 3DS XL.

Little Dude is enamored by her various games, and loves to watch her play, but hasn’t been interested in playing games on a handheld until more recently.

I’m thinking for him the Nintendo 2DS will be the better way to go, since it’s more robust than the DSi’s and 3DS which should hold up to his rough-and-tumble personality. 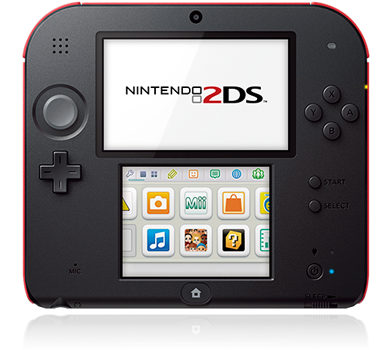 The 2DS plays all the great 3DS and DS games, plus you can take videos and pictures using your 2DS just like the other systems. So I know Little Dude would have as much fun on the 2DS as Princess Nagger has on her DSi XL and 3DS XL for sure.

Who knows, maybe Santa will surprise him at Christmas!  I know, there I go again…

But there’s great news – Best Buy has some hot offers coming up! This weekend is Labor Day weekend, so naturally there will be some great sales like this one:

But wait, there’s more! 8/31/2014 Online only, save $5 on select 3DS games, including Tomodachi Life – make music videos, write songs and watch your Mii’s perform your creations. And don’t forget, you can have them wear goofy outfits while on stage!

Go crazy, get creative, have fun!

Do you have any favorite video games?