Monday seems to arrive faster each week – or is that just me? The plague that seemed to have descended upon our household finally seems to be on the way out – which means this will be a good week. Princess Nagger would say I just jinxed it, but what does she know?

Meanwhile, since it is Monday, let’s jump into some great music, shall we? Our Spotlight Dancer,Vandy of The Testosterone Three and Me suggested ladies in the 60’s through 80’s – I must confess I read that as simply ’60’s through 80’s’ and didn’t see the ‘ladies’, so – ahem – I’m off sync this week, but at least it’s in the correct time-frame. And the artists chosen have girl-hair, so that counts, right?

Since I’m not a fan of 60’s and 70’s music (undoubtedly since I was too young to be absorbing music, particularly in the 60’s, and we were inundated with Johnny Cash by my dad’s reel-to-reel he played incessantly in the 70’s) I honed in on the 80’s since it was a favorite time in music for me. And my best friend – she’s a huge 80’s fan. Of course I found So. Many. great tunes from that genre, it was hard to narrow them down, but I think you’ll be pleased with the result.

Let’s start off with a song that was one of this group’s more popular songs, which uses a very unusual technique: Spanish lyrics echoing the English words. This song is possibly one of the most covered songs by this group, due to its popularity.

When some fo the original lyrics to this song as well as a few others had to happen to make them less raunchy for mainstream airplay, one of the main band members (and writer of this song) left the band. The song itself was shelved and not performed at subsequent concerts, but was re-released as a single in February 1991 after it was used in a Levi’s jeans television ad. It went to #1 in the UK, but didn’t chart in the US. 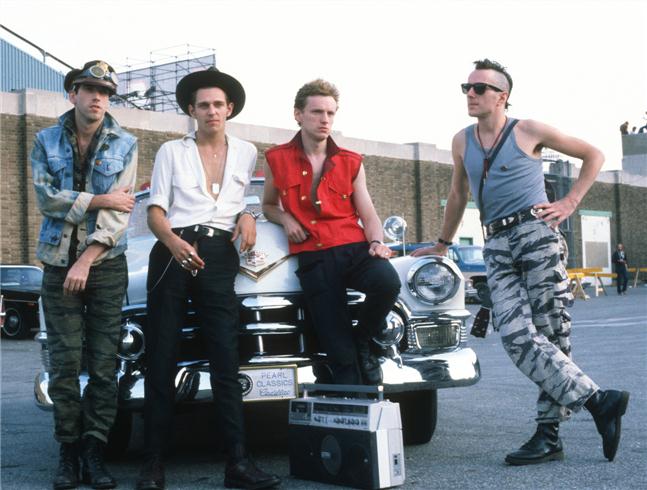 Give a listen to The Clash with “Should I Stay or Should I Go”:

Next up is a song that has an unusual history – it became Bing Crosby’s first-ever hit song in 1931 as a solo artist, and was originally adapted from an Austrian hit written in 1928 and was first sung in America by the French star Irene Bordoni. It was re-styled by trumpeter-singer Louis Prima in 1956 with an uptempo arrangement combining this song with another song, “I Ain’t Got Nobody.” Have you guessed the song, yet?

This song was a good fit for this artist, as it went with his party-boy image and gave him an excuse to create a colorful video with lots of babes. 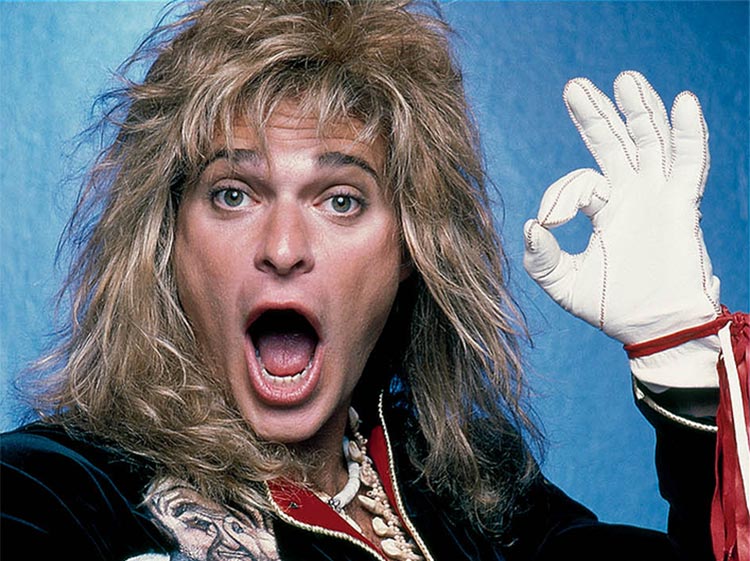 Here’s the inimitable David Lee Roth with “Just A Gigolo”:

Next up is a song that opens with a 14 second synthesizer note. You could get away with that in the 80’s. At first the artist wanted to leave it off his album, thinking it wasn’t a good idea. Meeting with a group of teenagers changed his mind and it was added to the album. One of the guitar players used a ‘talkbox’ on this song, giving it a very distinctive sound.

For those unfamiliar with a ‘talkbox’, it’s an electronic device that allows a guitar player make distorted sounds with their mouth. Peter Frampton is famous for using one on his 1976 album Frampton Comes Alive, but the technique lost popularity a few years later. When this artist released this song in the 80’s, it was the first time many young people heard a song featuring a talkbox. Peter Frampton builds all of this artist’s talkboxes for him.

The artist played a slow version of this September 21, 2001 as part of the “Tribute To Heroes” telethon to benefit victims of the terrorist attacks on the US. Later, on VH1’s The Greatest Songs of the 80’s special, this was voted the best song of the decade. At the 2010 Grammy Awards, the artist performed this song as a result of a fan vote.

In October 2013, a video was posted of basketball fan Jeremy Fry dancing to this song during a stoppage in play at a Boston Celtics’ home game from March, 2009. The Celtics were the defending NBA champs and doing very well at the time; Fry’s performance embodied the camaraderie and enthusiasm in the arena, as he spontaneously used his two minutes of glory to glide down an aisle, singing to delighted onlookers along the way.

Fry’s dance routine drew millions of worldwide views, and on November 20th, the song charted at #25, 26 years after if first appeared. 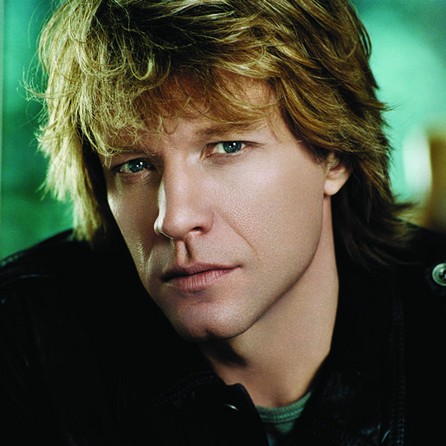 Next up is a song that came from a poem one of the band members was working on. He wrote it for his girlfriend at the time, the daughter of Don Everly of the Everly Brothers. In 1989, this won the MTV Video Music Award for Best Heavy Metal Video. A third verse that was written was edited out because the record company thought it made the song too long.

While this song was climbing to top spot in 1988, the group was touring as the opening act for Aerosmith. By the end of the tour, this group had eclipsed Aerosmith in popularity and were chosen for the cover of Rolling Stone for their November 17th issue. 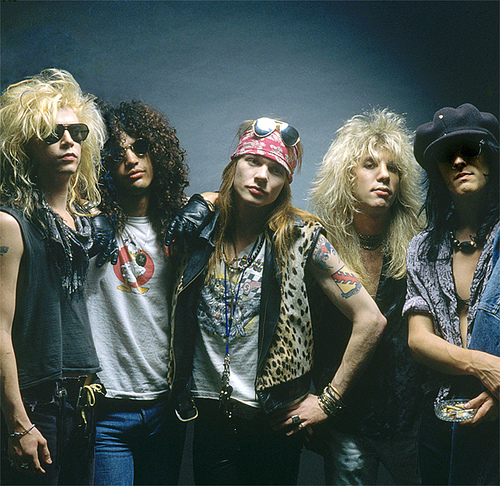 Last but not least, is a band who had been around for years, occasionally sidling into the UK charts with two ultra-smooth funk songs, but it took an enormous red codpiece and silly twang to make the lead singer a true star. Landing somewhere between Parliament, hip-hop and spaghetti western, this song is a ridiculous stew of pop madness that just worked, all the way to No.3 in the hit parade.

This song is based on a saying that was popular in New York and other urban areas in the U.S. that was kind of a hipper version of “You Bet”. The artist developed a character around the saying and wrote the lyrics about what he wold say. They called the character “Vicious” and had him take out his frustrations on rappers who delve into psychodrama when they should be creating music you can dance to.

This band was a popular Funk band in the 70’s and 80’s. This hit fused their Funk background with elements of rap, giving them a big hit. The band leader got the idea for the guttural vocal from Sly Stone, one of his heroes. A few remakes of this particular song have sprung up over the years, including Steve Carell singing a Karaoke version of this alone in his apartment in the movie, “The 40-year Old Virgin”. 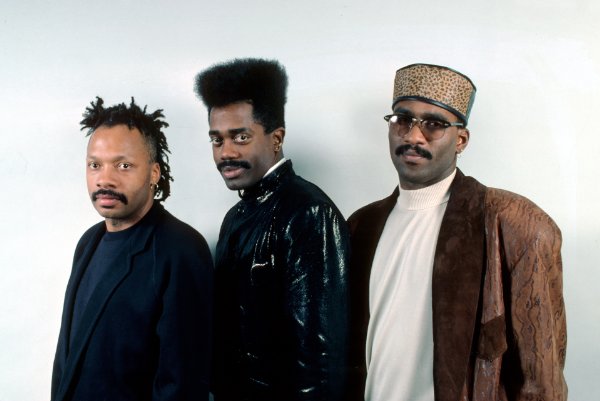 Get ready to dance with Cameo and “Word Up”:

Throw your hands in the air like you don’t care, and have a great Monday! Word Up!

Gillian of A Daft Scots Lass

15 thoughts on “Should I Stay or Should I Go because I’m Just A Gigolo Livin’ On A Prayer, Sweet Child O’ Mine – Word Up!”