We happen to be a yogurt-loving family. If only someone would come out with those oh-so-convenient pouches to make those hectic mornings so much easier in case the kidlets are lollygaggers and run late for school, and I’m having to rush them out the door to spend some quality time in the car lines, but want to make sure they have something  in their bellies to have a good day.

Well looky here! Stonyfield not only has those very convenient pouches, but they’re organic, too! 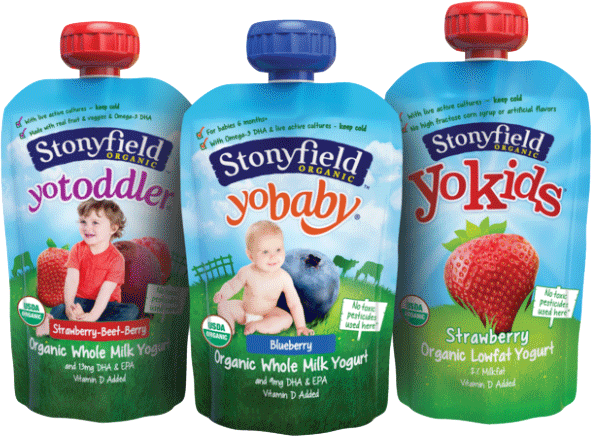 For obvious  reasons I picked up only the YoToddler and YoKids versions, bypassing the YoBaby since both kids may take offense at the “baby” version: Both Princess Nagger and Little Dude were excited when they saw the boxes of pouches in the fridge, so I bribed them on these cool new treats by asking them to be my little posers. Not that that’s a stretch, mind you.

First up, Princess Nagger, who spent 90% of the time goofing off, but I did manage to get a few not-as-goofy shots: 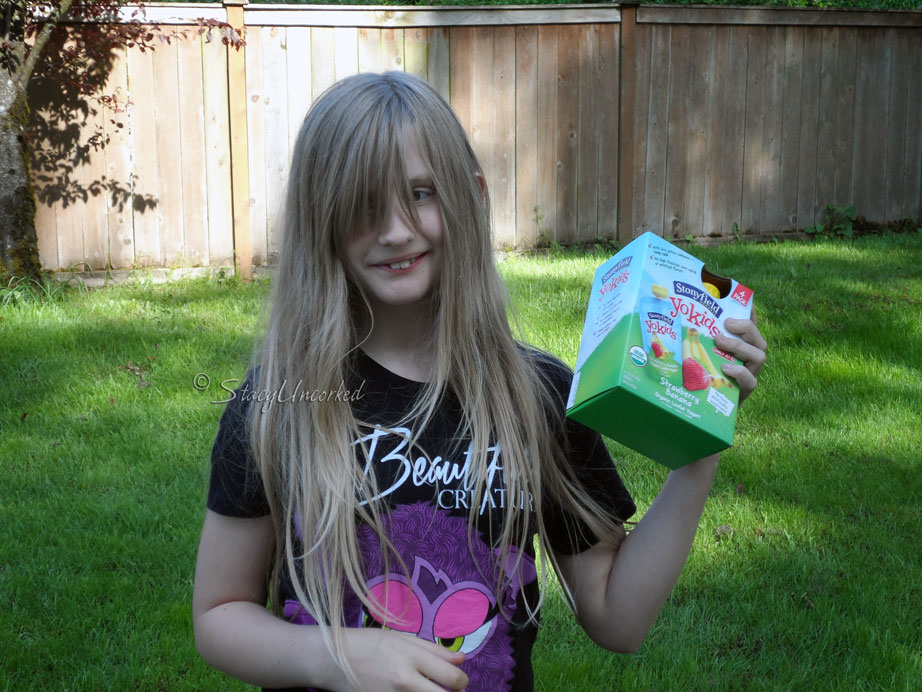 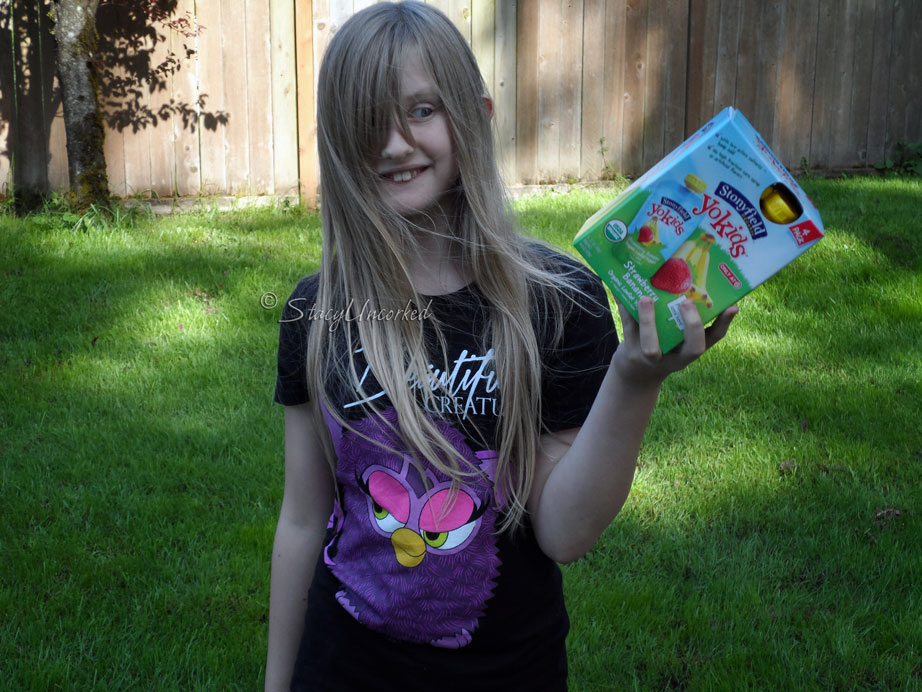 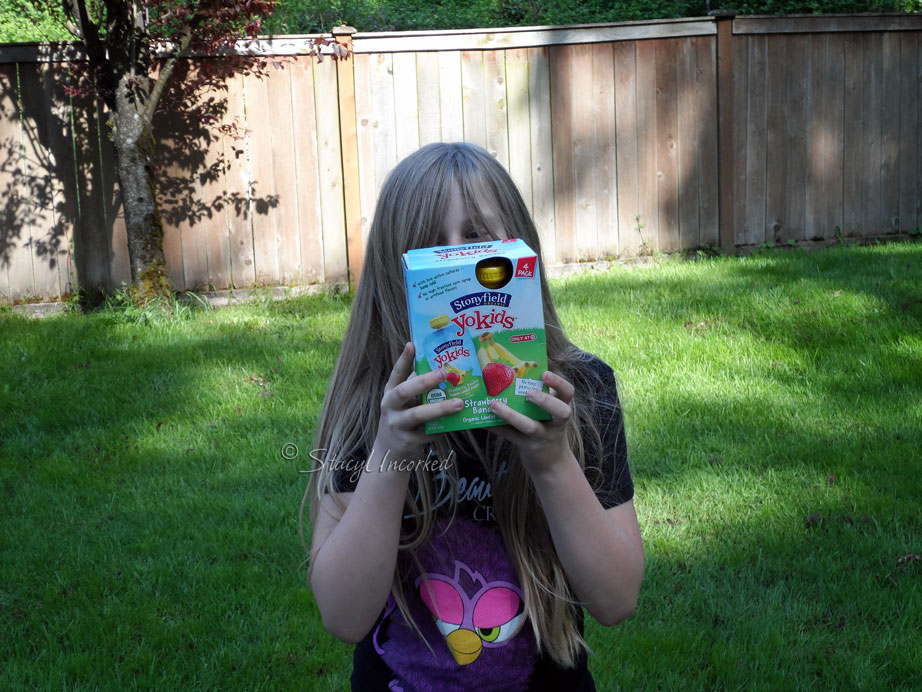 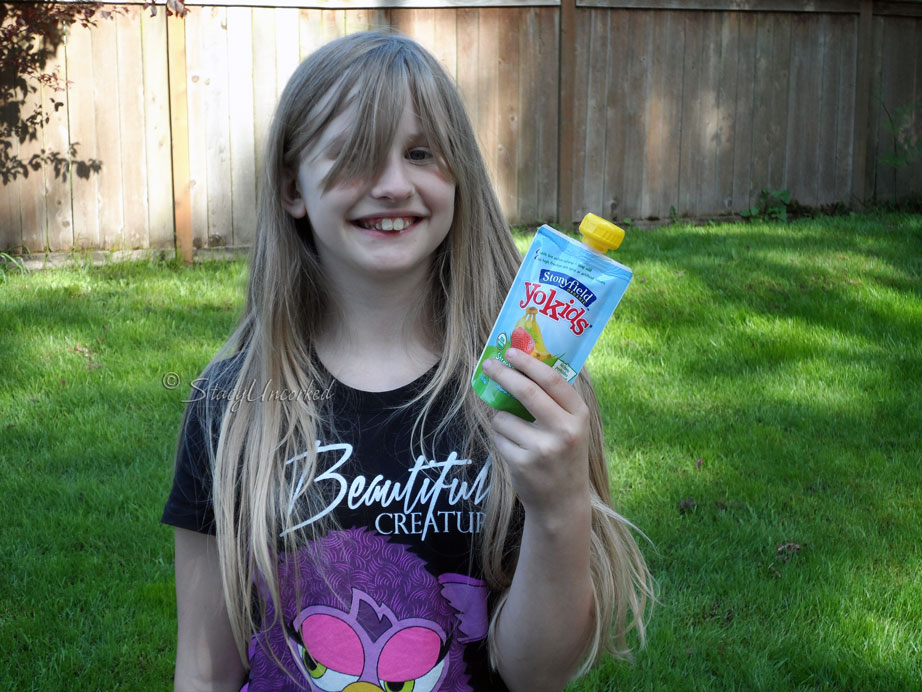 The strawberry-banana flavor was an exclusive to Target, and while Princess Nagger normally loves the combo, she really wanted to try out the berry version of YoToddler I had picked up for Little Dude. Her final analysis of the strawberry-banana was “Delicious!” so I moved on to the equally goofy Little Dude: 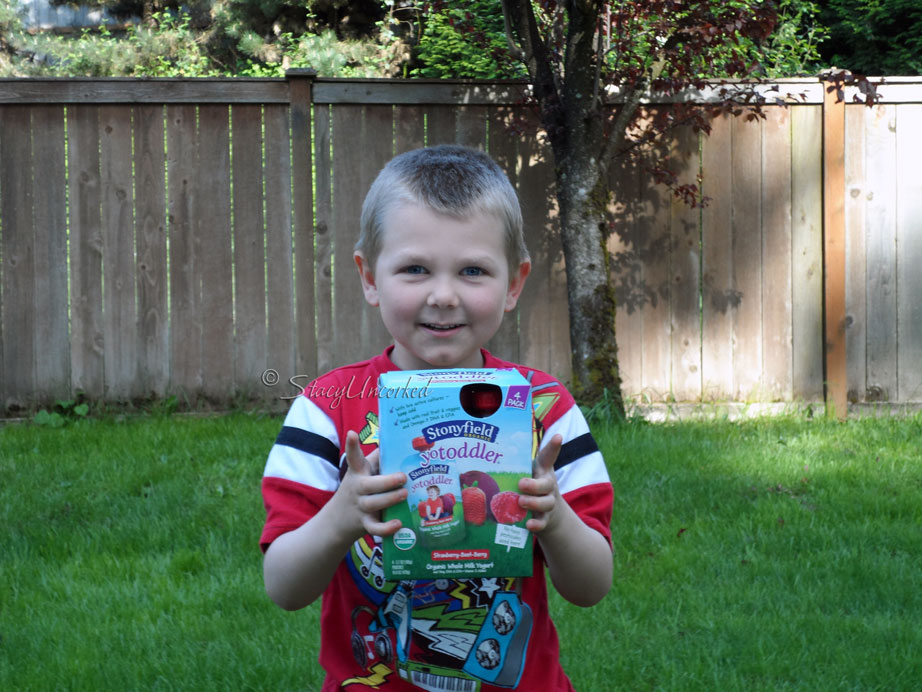 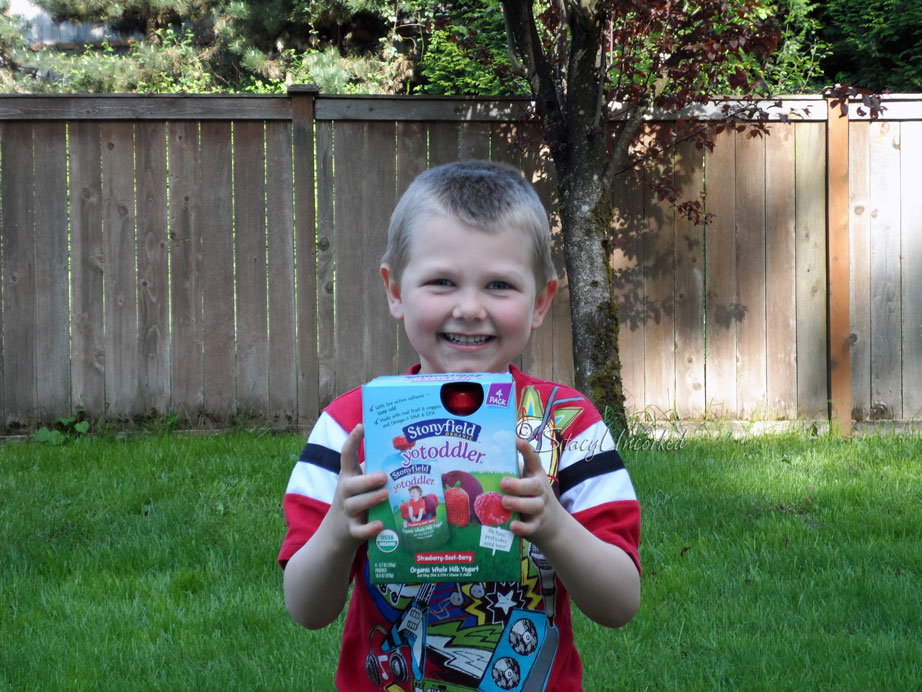 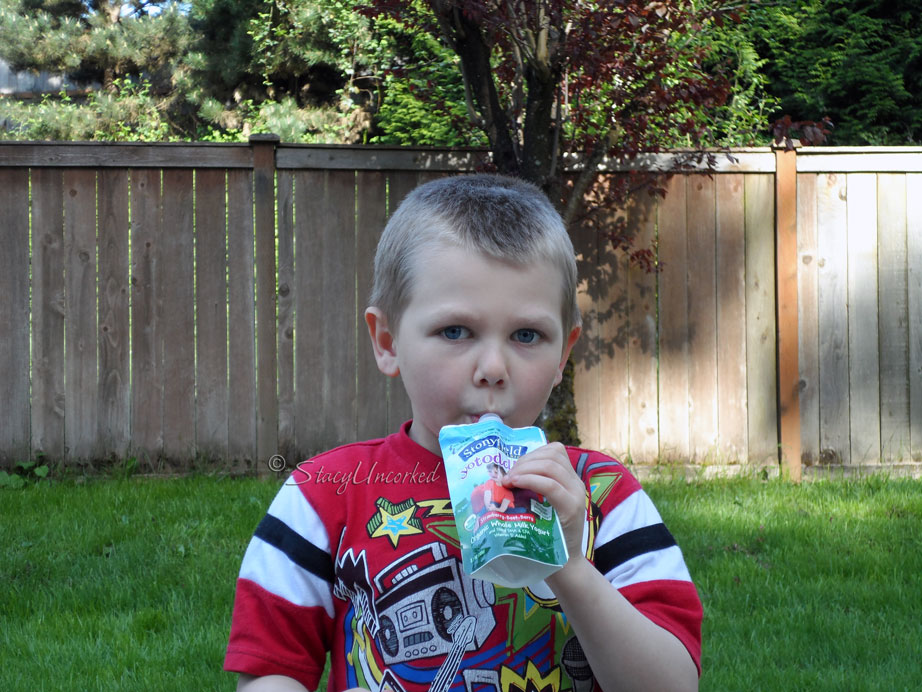 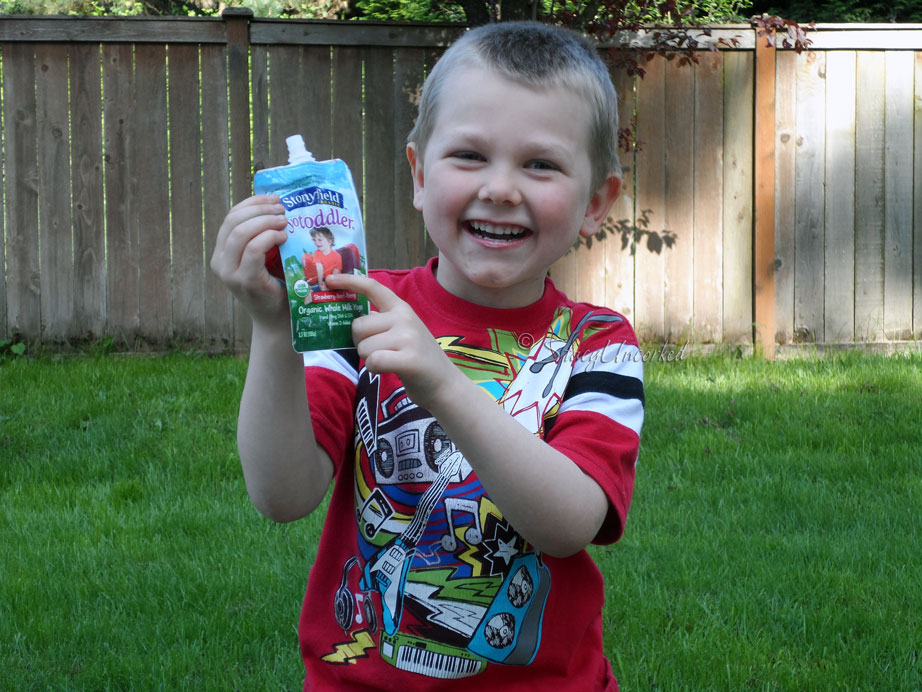 Little Dude loved his version so much, he was squeezing the pouch insisting there was more  left he had  to get. Silly boy.

I let Princess Nagger try one of the YoToddler versions, too – she thought that was also delicious, though commented “It has an interesting after-taste.” I suspect the oddity of beets as one of the ingredients contributed to that assessment, but I opted not to point that out, since she’s the pickiest one of the bunch who doesn’t get near enough vegetables in her diet, so I’m always being sneaky.

Chalk one up to Stonyfield for assisting in the sneaky mode with the beet addition.

YoBaby and YoToddler are made from Whole Milk, while the YoKids line is made with Lowfat Yogurt. All organic, which makes me happy, and the kids loved them so much, I had to be the mean mommy and tell them they couldn’t polish off all of the pouches in one sitting.

Confession time – I never make my kids eat something I haven’t tried first, to make sure the taste is ‘all that’. I can happily say these really are delicious – I’ll definitely be stocking up on these on my next grocery run instead of the yogurt tubes, which are messier since they’re not easy to open like these cool pouches are. Plus I love that you can put the caps back on, so I won’t be adverse to the kids enjoying them in the car.

Check out the Stonyfield website to see if the Stonyfield organic yogurt pouches are  sold near you. Be forewarned, though – some of the stores ‘near me’ that claimed to have them in stock didn’t actually have the pouches. But I suspect they’re coming soon – at least maybe now that I’ve mentioned something to the store managers about it. Ahem.

Are you a yogurt loving family like we are?

Note: I participated in a Blogger Activation on behalf of Mom Central Consulting for Stonyfield. I received coupons to facilitate my shopping trip and a promotional item to thank me for participating. As usual, all opinions are my own and not influenced by outside sources. See my disclosure policy here.