I just realized something yesterday. There are only approximately 20 school days left of this school year. I only have 20 daytime days of peace and quiet remaining until the fall.

The countdown to summer is on.

On the other hand, there are only 20 school days left of the crazy car schedule shuttling the kids to two different schools and spending an inordinate amount of time in my car. Since both kids will be at the same school next year, morning drop-offs will be a breeze.

Princess Nagger has been formally invited to participate in the gifted program at her new school next year, so she’ll be starting 20 minutes earlier. That just means me and Little Dude will hang out in my car in the parking lot for those 20 minutes, or until he’s ‘allowed’ to enter the school. Not having that 3-4 hour block of time consumed with car lines is going to be heaven next year.

Time sure is flying by fast.

Speaking of time flying… Sunday marked the 34th Anniversary to Mount St. Helens eruption. 34 years, people! Hard to fathom that many years has passed since the big eruption that covered this area in ash. It sure was a pretty mountain pre-eruption: 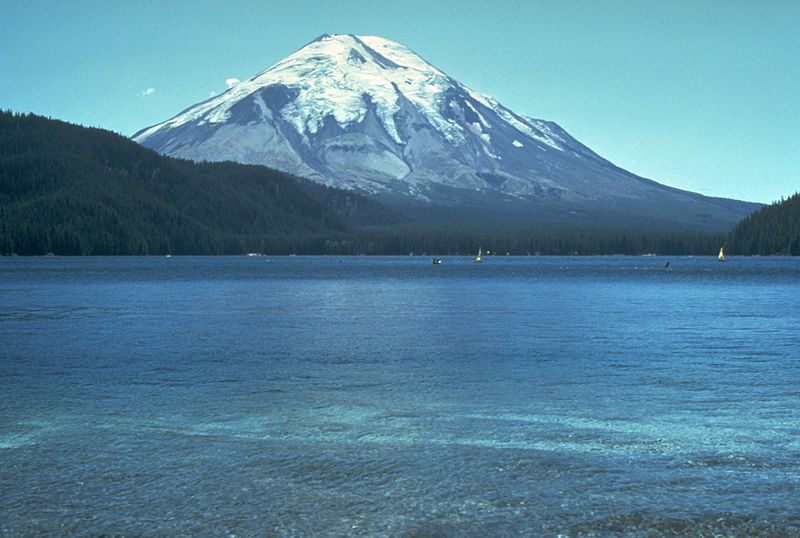 The history of its discovery is interesting – Royal Navy Commander George Vancouver and the officers of HMS Discovery made the Europeans’ first recorded sighting of Mount St. Helens on May 19, 1792, while surveying the northern Pacific Ocean coast. Notice the ‘discovery’ date? Kind of eerie if you ask me.

Commander Vancouver named the mountain for British diplomat Alleyne Fitzherbert, 1st Baron St Helens on October 20, 1792, as it came into view when the Discovery passed into the mouth of the Columbia River.

Years later, explorers, traders, and missionaries heard reports of an erupting volcano in the area. Geologists and historians determined much later that the eruption took place in 1800, marking the beginning of the 57-year-long Goat Rocks Eruptive Period. Alarmed by the “dry snow,” the Nespelem tribe of northeastern Washington danced and prayed rather than collecting food and suffered during that winter from starvation.

In late 1805 and early 1806, members of the Lewis and Clark Expedition spotted Mount St. Helens from the Columbia River but did not report either an ongoing eruption or recent evidence of one.

Fast forward to 1980, and the biggest eruption ever happened: 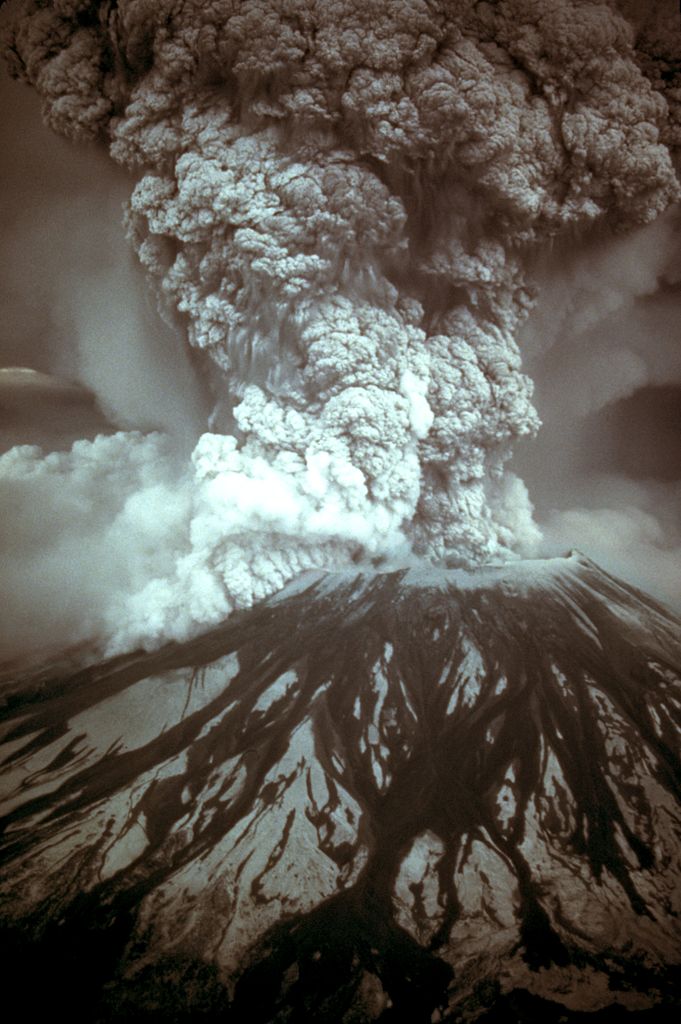 When they discovered Mount St. Helens in 1792, bet they never imagined 188 years and a day later it would practically obliterate itself. 57 people sadly perished during the eruption that blew out the whole side of the mountain and destroyed multitudes of forest trees, land, and homes. My sister and I drove there over the summer that year to take it all in – very sobering for sure, especially the houses and cars buried in deep mud, and the mountain and area surrounding looking so barren: 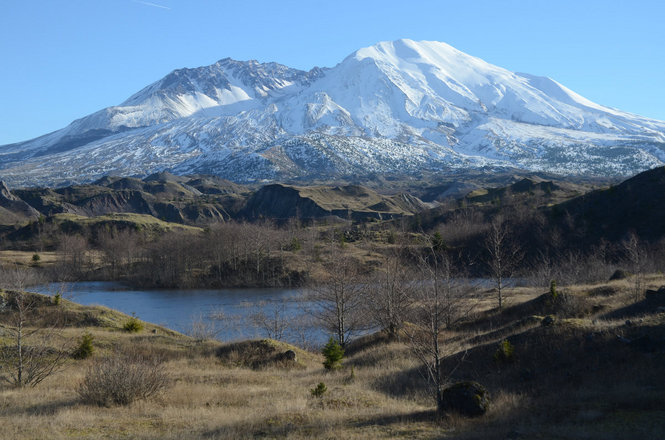 Crazy how different (and much smaller) it looks now.

Speaking of crazy… I like riding on roller coasters, but some of the newer ones out there are pretty darn scary looking. Or things like this ‘drop ride’ (something I’d never get caught dead on…or alive for that matter!) the  ZUMANJARO at Six Flags Great Adventure Jackson, New Jersey:

The roller coaster part of that ride looks scary enough – but see how they added a ride to the center section of that crazy track? It’s called “Drop of Doom” and will be the world’s highest drop ride, rocketing riders up 415 feet, pausing momentarily, then releasing them for a 10-second trip to the bottom at the vomit-inducing speed of 90 mph.

Um yeah – no thanks.

Or how about this crazy water slide called VERRÜCKT in Schlitterbahn Kansas City, Kansas: 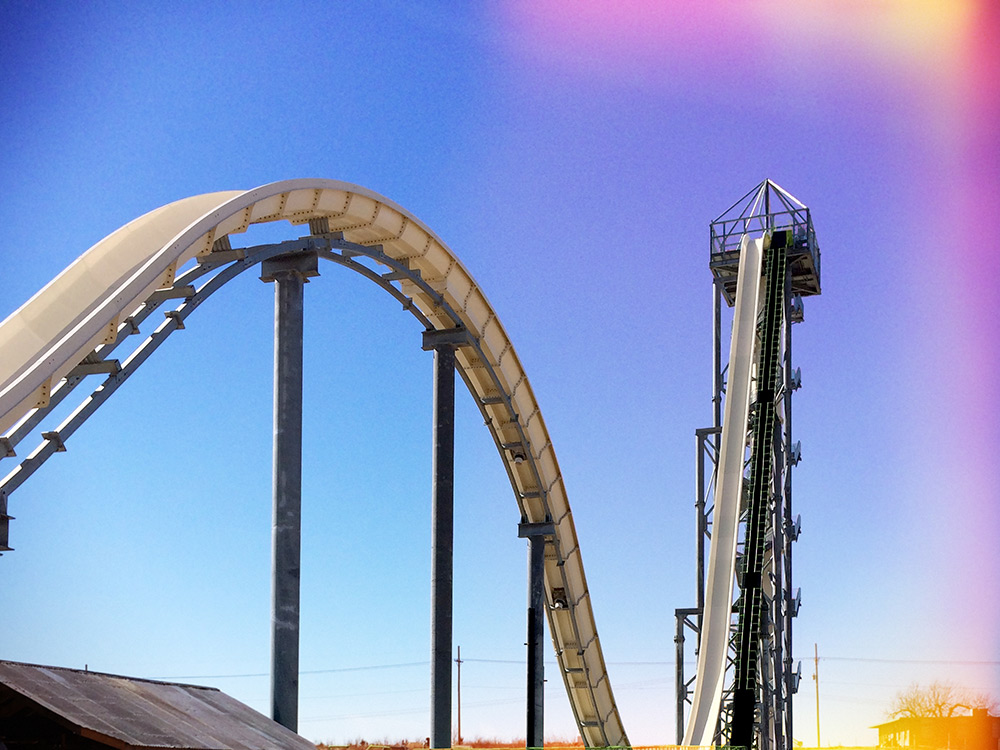 At 17 stories, this waterslide is taller than Niagara Falls. I’ll wait while you absorb that tidbit of information. Four riders hop on a raft and plunge at speeds that could exceed 65 mph, whooshing to the bottom, then up five stories – only to drop again. Verrückt? German for insane.

Speaking of insane… Would you be able to sleep in a place like this: 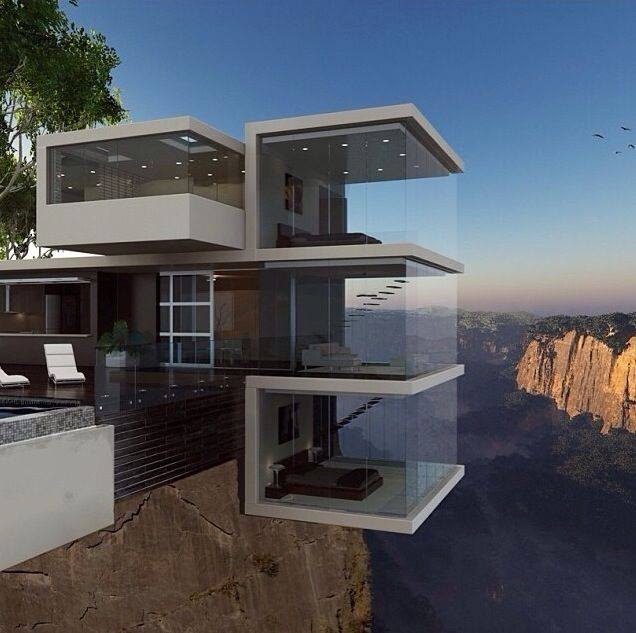 I think it would be cool to have a place like that to hang out and admire the view – but I’m not sure I’d be able to fall asleep in a place like that. I’d probably need copious amounts of wine to calm the nerves.

And how on god’s green earth do you wash the windows?

Cool bird alert… The hubby saw two of these on his way home from picking up Little Dude from school – he said they’re a bit larger than a cardinal – maybe about the size of a blue jay.  They were rummaging around in the grass by the side of the road:

Anyone know what kind of birds they are?