Whoa.   Today’s the last Tuesday of April?  How’d that happen so fast? That ‘pause’ button would be a handy thing to have, if I could ever find it.

For that matter, getting the rest of the moving boxes unpacked so I could find all the missing parts and pieces of my life would be kind of handy. Ahem.

And yes, I realize I’ve finagled ‘modus operandi’ into my own terminology, but let’s go with it, shall we?

The Easter Bunny left Little Dude bunny sunglasses in his Easter basket – he decided he needed to wear them  to school yesterday: 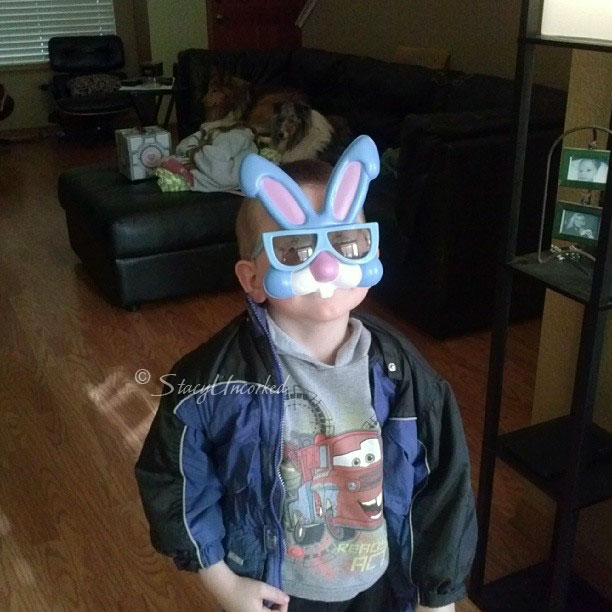 The most hilarious part of all was watching him walk into his school yesterday with them on – he kept turning around as he went up the walk and waving to Princess Nagger and me… it was all we could do not to burst out laughing because he looked simultaneously adorable and dorky.

I told him to make sure he’s wearing them in the pick-up line after school while he waits for the hubby to pick him up – happily, he did.

Speaking of happy…  Since Saturday mornings are the least rushed, I usually make a big breakfast for all of us – good thing I bought a giant pan so I could cook all the eggs at the same time:

You’ll notice the front of the pan is absent of egg yolks while the back of the pan is full of them – Princess Nagger prefers to just eat egg whites (more power to her!) so I put the egg yolks from hers with the eggs for the hubby and Little Dude so they get extra (since they can ‘afford’ the extras). It’s a little tricky flipping them, but I manage and everyone’s happy.

Now all that picture needs is a smile on the bottom of the eggs… Wait, if you flip the picture upside down, you get that smile: 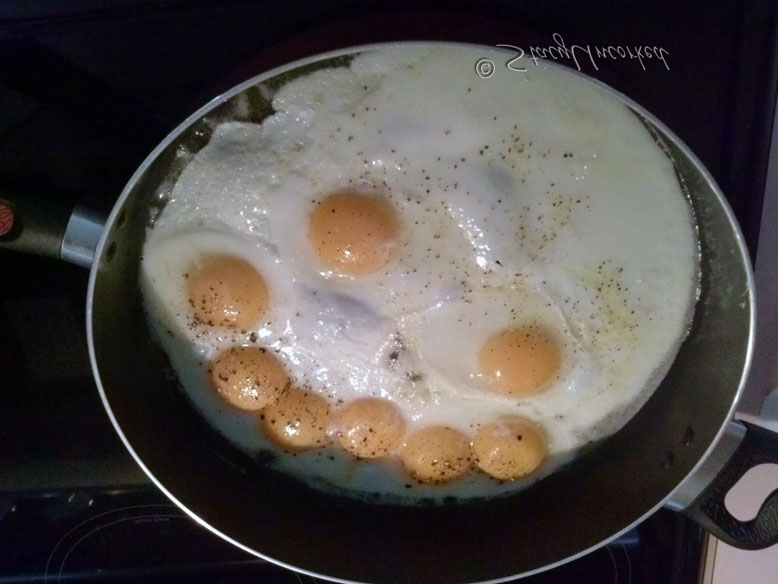 Kind of looks like I was frying up a snowman’s head, doesn’t it?  Creepy!

I forgot to share this when it happened, but better late than never, I say. Kevin Bacon was a guest on the Tonight Show last month, and his entrance was hilarious:

I love Kevin Bacon.  Princess Nagger loves bacon, so she loves Kevin Bacon by default, simply because of his last name – that, and she loves saying “I love bacon!!” 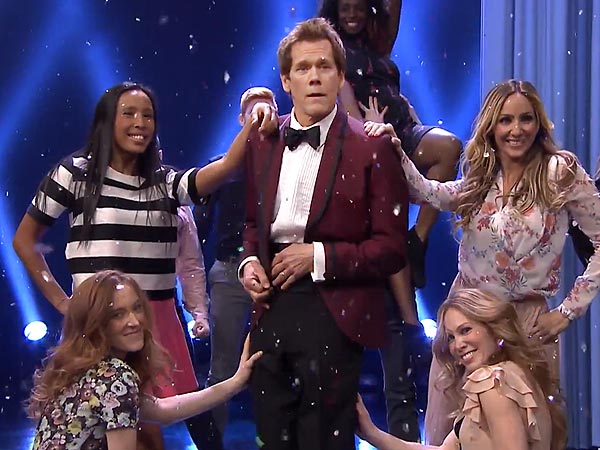