I’m sure you’ve heard about the horrific landslide that occurred North of Seattle: 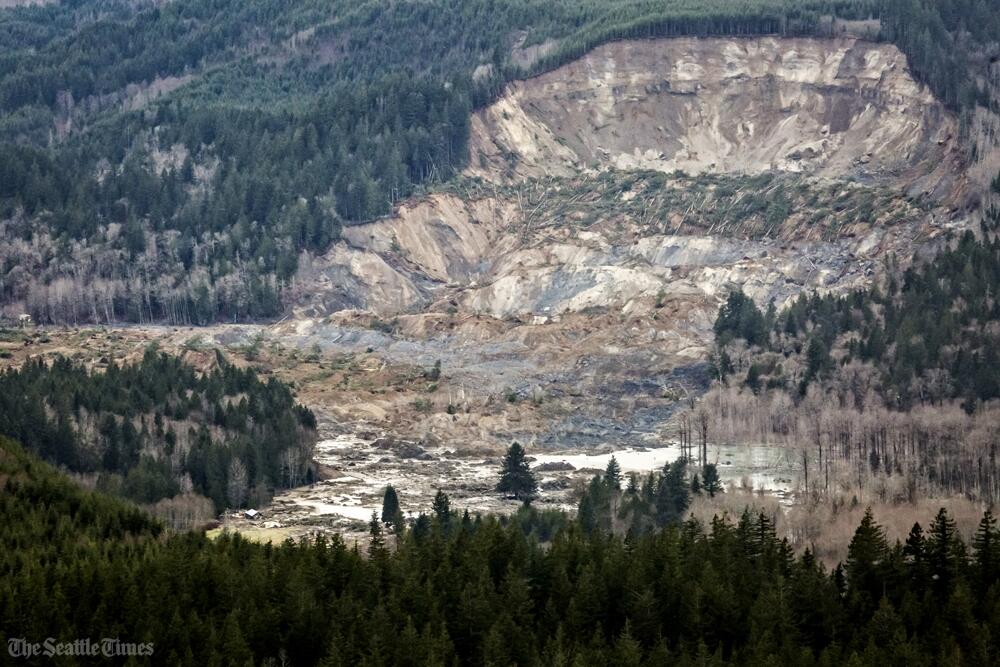 A square mile of land and trees just gone.   See that cliff now looming in the background?  That’s where land and trees used to be.  The cliff left behind is 1500 feet wide and 600 feet tall.  It’s hard to fathom that there used to be quite a few houses in that area that were completely obliterated.  So very sad.

It’s an area I’ve been to many many  times in the past, and not too far from where my aunt and uncle live (luckily they weren’t affected by it (yet), so as long as there aren’t major flash floods down the river once it breaks itself free from the blockage, they should be fine).

My heart goes out to those whose family and friends died or are still amongst the multitudes missing, as well as those who lost their homes.  After a few beautiful spring-like days we’ve enjoyed, more rain is coming and more threats of more mud slides.  We’ll definitely be keeping an eye on that situation, and keeping those affected in our thoughts and prayers.

Remember when I blogged about my awesome Maytag appliances I was so honored and lucky to get?  Remember this stove?

When we bought our new house last month, the sellers left this older but still awesome Maytag stove for us: 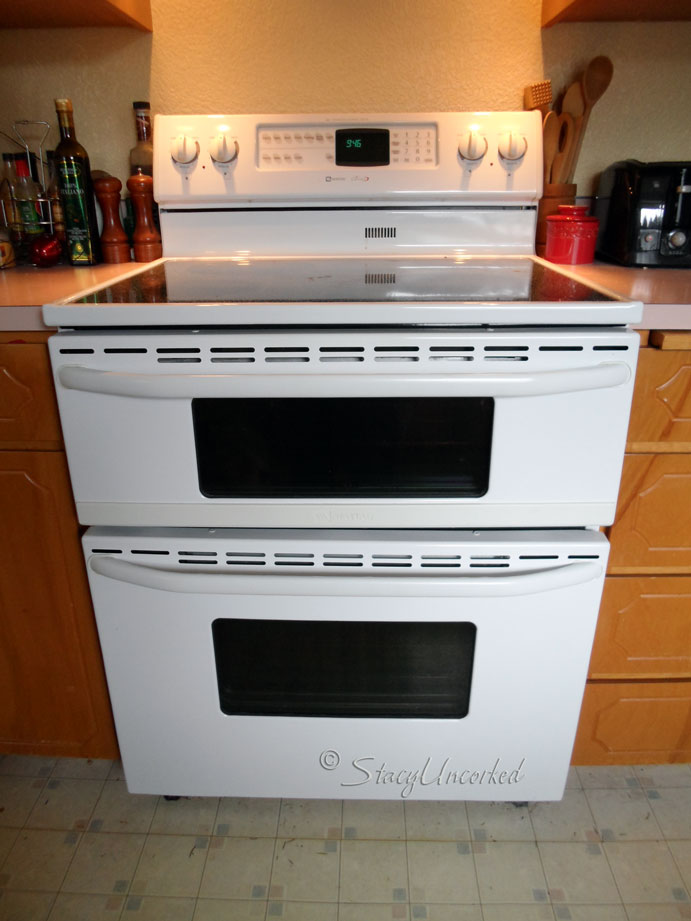 While I love  the idea of a double-oven, since my stove we’d moved from PA was newer and stainless steel (which, you know, matches the rest of my appliances that better coincide with my OCD mode), we decided we’d sell the white one and keep mine.

I put an ad on Craigslist – after a couple of weeks of weeding out the bogus people, a nice couple contacted us interested in the stove.  The hubby and I debated on unwrapping my stove sitting in the garage to make sure it was OK, but then opted not to, since outer appearances indicated it was fine.

We also didn’t want to invoke Murphy’s Law by unwrapping the stove, see that it was perfectly fine, then have the sale of the other stove fall through.

Little did we know that Murphy and his Law would have the last laugh.

The people did decide to buy the stove, and shortly after they drove away, the hubby and I moved my stove into the house and started to unwrap it’s protective covering the movers had encased it in.  You know, shrink wrap, bubble wrap and cardboard.  But this is what we found after barely getting started: 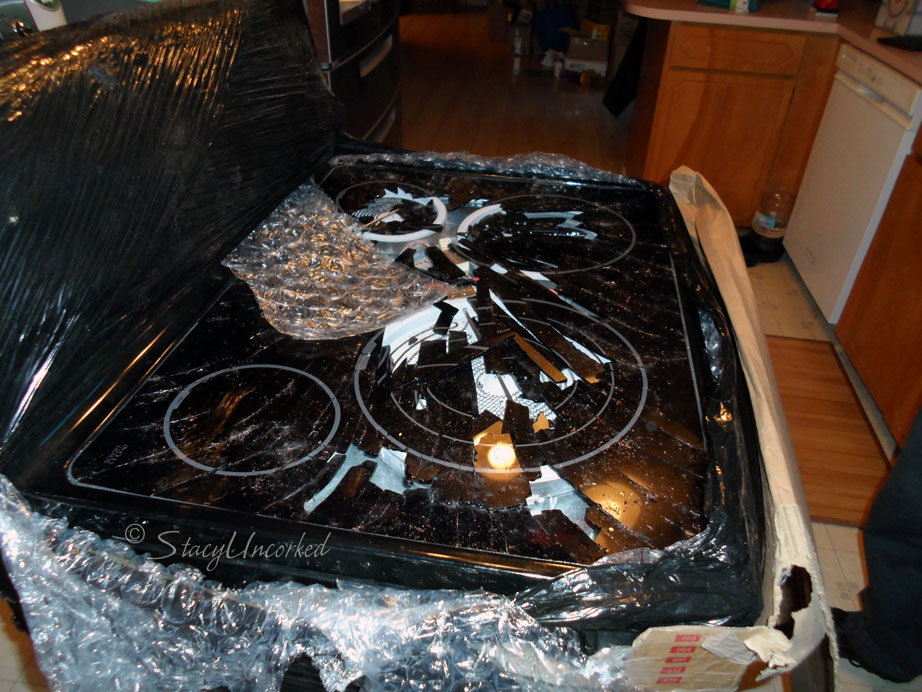 I admit, I cried.  The whole top was completely destroyed.  I was heartbroken.

We were flabbergasted at how incompetent our movers were by way of the damage done moving that stove from PA to WA.  After we cleaned up the broken glass and finished unwrapping it, this is what it looked like: 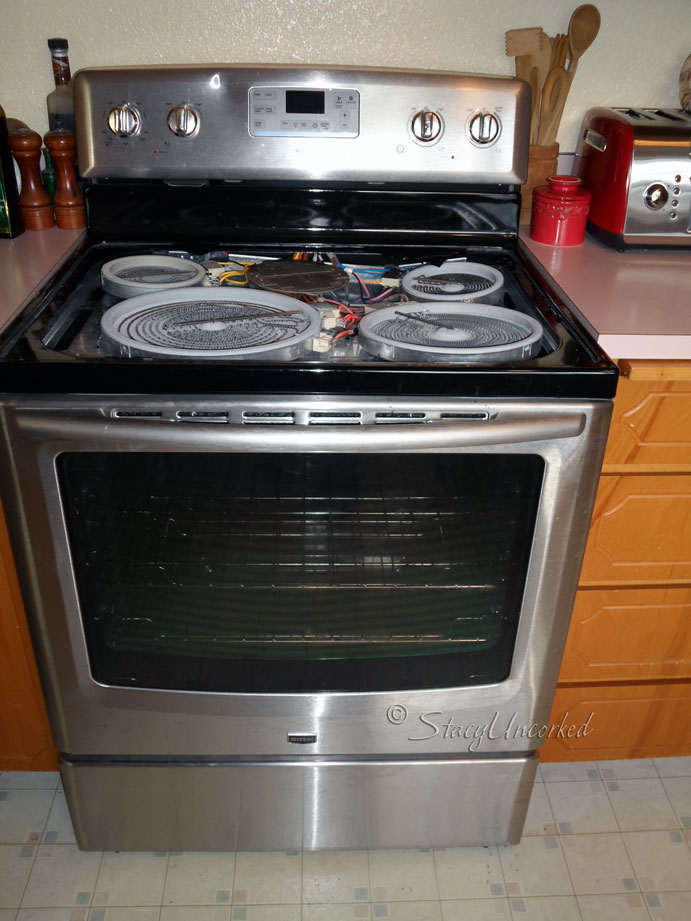 Yes, they also put a hefty dent on the back control panel part.  I’m thinking referring to them as ‘inept’ is too kind.  They were idiots.

Even with how they packed the rest of the stuff in our house, instead of packing things that make sense into one box, or by specific room, they pretty much just filled the boxes up willy-nilly – no rhyme or reason, no wrapping of most fragile stuff, just fill up a giant box, tape it up and move on.  Idiots.

Hard to believe we paid good money to have them pack most of our stuff for us.

I’m still trying to make sure we got  all our stuff – and which stuff ended up destroyed.  I still have a plethora of boxes to unpack.  The stove was the worst I’ve run across so far (aside from the big scratch/dent they put in my Maytag fridge, too – but at least it didn’t render the fridge useless).

The broken china and crystal, the destroyed colanders and various kitchenware – all of that is much cheaper to replace than the stove.  When we hit the $500 mark on just the parts that would need to be replaced on the stove, we were done.

But the stove does have a happy ending – with the money the people paid us for the other stove, plus some gift cards I’d been saving up the past six months from Best Buy, we were able to get this brand new stove for half of the cost out-of-pocket it would have been to fix my original stove: 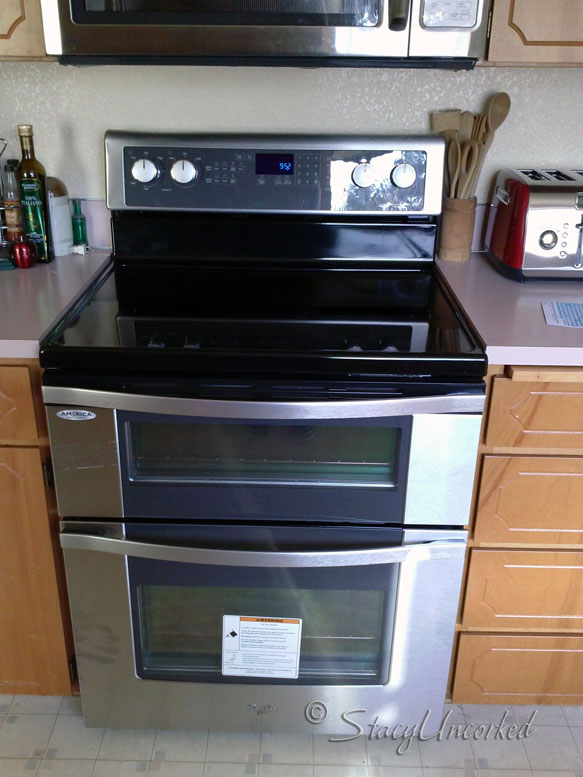 I scored by finding a sale at Best Buy (love them!) and they graciously hauled away the stove (for free) that had been rendered scrap by the idiot movers.  At least that cloud had a silver lining.