I was wholly unaware that this issue would hit as close to home as it has.  I mean, I’ve seen countless Lifetime movies and TV shows that have depicted it, but to see what it does firsthand?  I never would have imagined it.

One of my nieces has opioid dependence – she’s addicted to painkillers.  With 15 visits to different hospitals in a 2 year period of time with feigned injuries or maladies just to obtain painkillers, along with stealing them and buying and dealing them over the years, it’s definitely a problem.  On top of all that, she’s been a meth addict for years.

She refuses to get help, and those of you who have addicts in your life – be it drugs, alcohol, gambling, you name it – if the person who’s addicted doesn’t want to get clean, they simply won’t.

My niece has been in jail many times since her first incarceration at the age of 15 (she’s now 29) and had each of her four children removed from her care over the years and subsequently adopted out by the State since she refuses to get help and change her lifestyle and choices.

Sadly her young children were endangered as well as neglected and abused (very heartbreaking).  Luckily they’ve all been placed in homes where they can thrive and grow – her fourth (and final) child happens to be Little Dude, whom we fostered in 2011 and officially adopted June 2012. 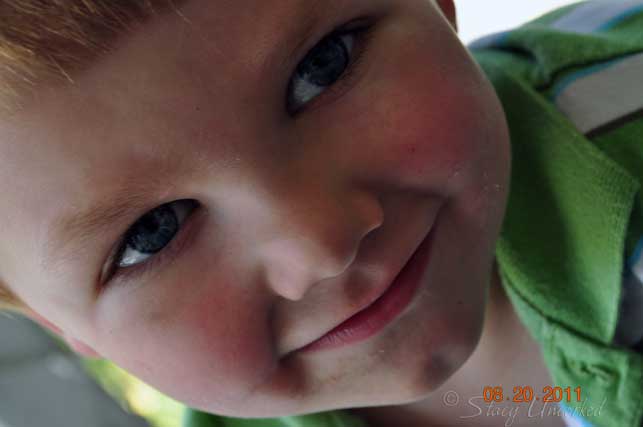 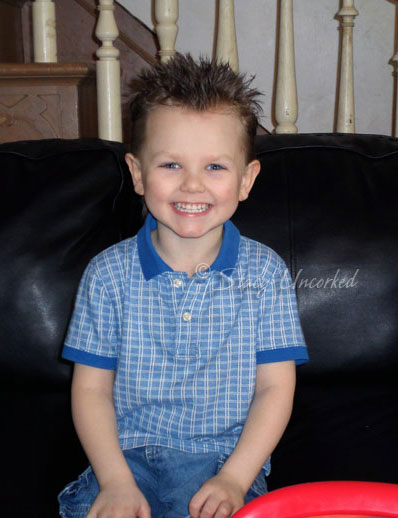 When Little Dude was removed by the State, they decided with the fourth (and final) child they would pursue Kinship Care to keep him connected to family members, vs. having him adopted by total strangers.  We volunteered to take him in, and willingly jumped through the necessary hoops with the State of Pennsylvania to qualify as a Foster Home to enable the State of Washington to agree to send him all the way out there.

From the beginning we knew this would be a ‘permanent’ placement, in that we would also be able to adopt him should both biological parents (my niece, the bio-mom included) not do what they needed to do per the court’s instructions (which they obviously didn’t do), which ultimately resulted in the revocation of their parental rights, allowing us to move forward with making him a permanent part of our family through adoption.

Because of her opioid dependence and methamphetamine addiction, all of her children have ongoing health issues – Little Dude was recently diagnosed with ADHD combined type, plus Oppositional Defiant Disorder and Sleep Disturbances.   It’s a daily challenge to keep him focused and on task with simple things, but we’re getting there.

Opioid dependence not only affects those with the addiction, but can (and does) affect children, particularly if the addiction is during pregnancy and infant stages, as evidenced by Little Dude’s diagnosis and behavioral issues (along with those of his half-siblings).  I have spent countless hours googling and trying to find more information – luckily Turntohelp.com is an online resource that allows people to anonymously research opioid dependence as well as find help and treatment options.

It has a wealth of information from signs and symptoms to a locator to find local help. It even goes into detail explaining how dependence can begin.  Dependence can happen to anyone.

Do you or have you known someone with Opioid Dependence?

Note: I participated in a campaign on behalf of Mom Central Consulting for Reckitt Benckiser Pharmaceuticals Inc. I received a promotional item as a thank you for participating.  As always, all opinions are my own and not influenced by outside sources.  See my disclosure policy here.