Mother Nature really has it out for us this year, it seems.  This week we’re in for a major heat wave – as if the oppressive heat we’ve already been having hasn’t been enough.  The poor hubby is trying to get all the outside stuff done so our house and property will be attractive for future buyers, while I’m trying to get the mess that’s posing as the living space inside purged and packed with no central air.

Needless to say we’ll be ecstatic to be fleeing from this hot and humid state in spite of the fact that we’re moving back to a state that tends to have lots of rain.  I’ll take cooler temps – with rain – over heat and humidity any day.  Just sayin’.

Since it’s Monday, let’s keep it cool with some cool tunes, shall we?  This week’s theme was chosen by one of our Spotlight Dancers, Rory Bore of Time out for Mom,  who suggested we pick music videos that feature a celebrity or celebrities in them.  You can also include music videos that are the theme song from a movie too – since it would likely have clips from the movie with the stars.  Another fun theme idea, so let’s get to it!

Let’s start off with a video of one of my favorite songs that has a plethora  of celebrities in it.  The song uses black comedy to tell the story of two best friends from high school, and what became of them after graduation.  Mary Ann leaves the town where they were raised, while Wanda settles on marrying a man named “Earl,” who physically abuses her repeatedly.

Wanda files for divorce based on the domestic violence, but “Earl walked right through that restraining order and put her in intensive care.”   Mary Ann flies in from Atlanta, Georgia, and after a discussion, the women decide “that Earl had to die,” and they kill him, by poisoning his black-eyed peas.

The song plot has been described as a cross between the films Fried Green Tomatoes  and Thelma and Louise. 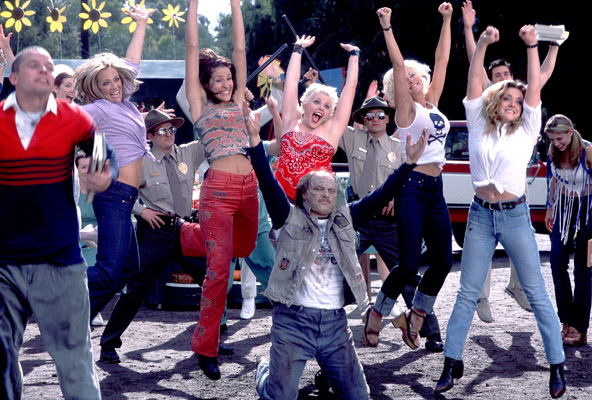 Next up is a great song with a video that stars one of my favorite celebrities.  Usually when a celebrity appears in a music video, it’s because they’re friends with the artist.  In this case, however, the celebrity and the artist didn’t meet until they actually got together to film the video.

They hit it off so well though, that the artist later appeared on the celebrity’s TV show. 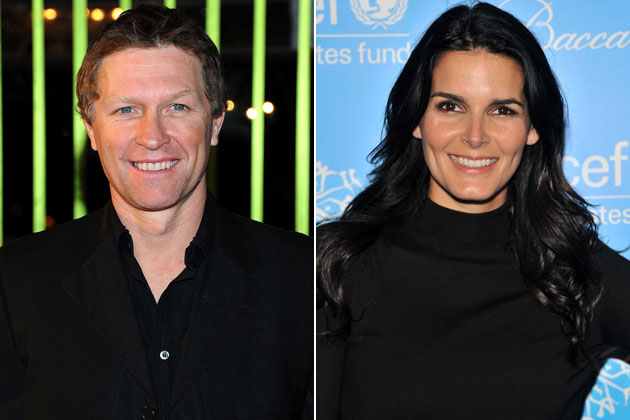 The celebrity is none other than the stunningly gorgeous Angie Harmon, best known for her work on ‘Law and Order’, and more recently on one of my favorite shows, Rizzoli & Isles.  This is her very first appearance in a music video – she’s a natural!

Here’s Craig Morgan (and Angie Harmon) with “This Ole Boy”:

Next up is a music video I shared early last year because at the time Princess Nagger was walking around the house singing this song incessently.  The video cracked me up, particularly because of the celebrity featured.

James Van Der Beek has never had a problem getting goofy and making fun of himself (he was hilarious to watch in Don’t Trust the B—- in Apt. 23. )   The video itself is ‘out there’, but definitely entertaining (though if you have a problem seeing a video where unicorns get shot and spout rainbows, you might want to skip this one).

Last, but definitely not least, is a music video I immediately thought of when I saw what this week’s theme was going to be.  I knew it absolutely had to be included, plus it’s from one of my all-time favorite artists.  The music video was even directed by one of the main celebrities featured, Jason Alexander (Seinfeld), and includes the inimitable William Shatner as well as Estelle Harris (who play Jason’s parents in the video).

There’s even a cameo appearance by Patrick Warburton (Seinfeld and tons of other shows)  as a car dealer, Matthew Perry (Friends) as a cameo photographer and Maureen McCormick (Marcia, Brady Bunch)  as the geek’s next door neighbor.   The marching band from Brentwood High School in Brentwood, Tennessee (who also perform at the end of the album version) makes an appearance at the end, and country music artists Taylor Swift and Kellie Pickler appear as the artist’s backup dancers:

As if the star status in the video wasn’t enough, the concert portions of the video were shot at the White River Amphitheatre in Auburn, Washington (not far from where I grew up), during Brad Paisley’s tour, during which Swift and Pickler served as opening acts.  Too bad I wasn’t there when all that was going on!

Without further ado, here’s my boy Brad Paisley with “Online”:

15 thoughts on “Goodbye Earl because This Ole Boy is gonna Blow – see ya Online!”