Can you believe it’s July already?  This is the first year in a very long time that we haven’t been away on vacation.  We’ve gone on road trips to visit friends and family for the 4th of July ever since Princess Nagger was in diapers, so it’s strange to be staying home for the first time this year.

Should be interesting, since we have crap neighbors on one side of us – the Devil Spawn had some friends over the other night shooting off fireworks and M80’s after 11pm.  I wonder how crazy they’re going to be on the 4th.

I will be so glad to move away from their madness – they used to be nice until the drug addict skank witch and her devil spawn moved in after the guy who owns the house met her in the psych ward at the hospital for his mandatory 72 hour hold.  It’s been fun times ever since.

We didn’t think to make any plans for the 4th, so we’ll probably just wing it.  The hubby borrowed some really tall ladders and is hoping the weather will cooperate so he can get the outside painting done he needs to get done.  Our tallest ladder was still too short to finish painting the Summer House to match the main house: 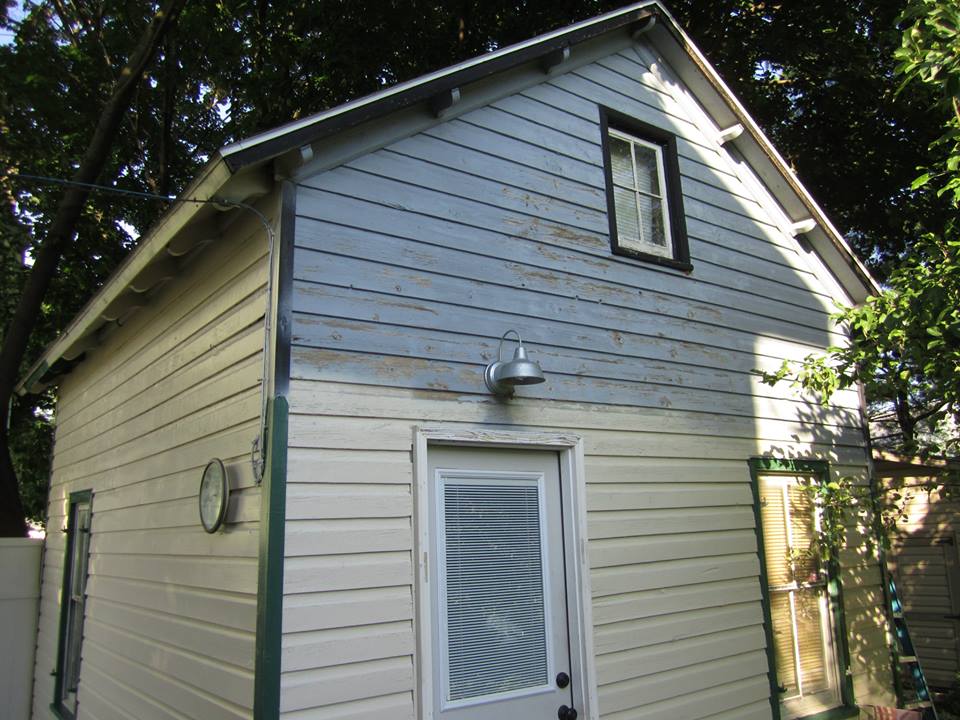 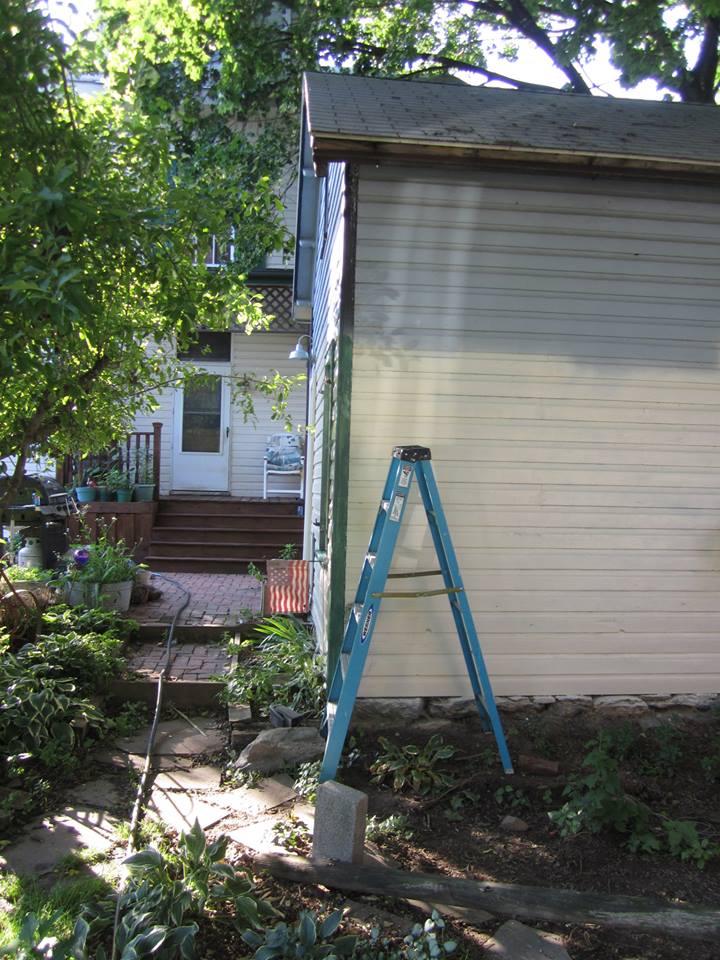 Speaking of the move…  Princess Nagger is showing me up in the packing mode, she packed these two stacks of boxes with her stuff all by herself: 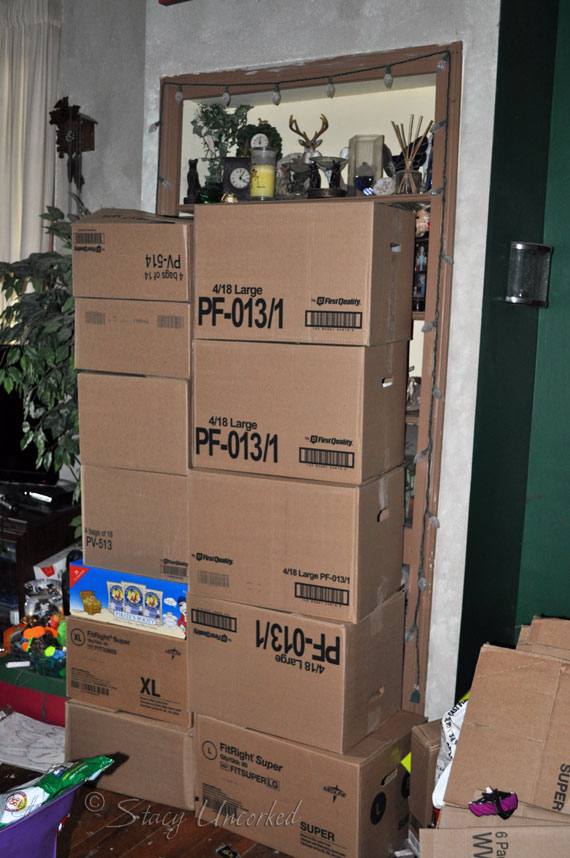 I’ll probably have to repack the boxes (chances are I’ll be able to consolidate them all into half the number of boxes) but I gave her major kudos for taking the initiative.  And I also realize that I’ve truly passed on the pack-rat gene to her, since that was only the stuff she had cluttering up space in the living room.

You don’t even  want to know how much stuff needs to be purged and packed in her bedroom.  Ahem.

Speaking of initiative… I have my annual doctor’s appointment later this month (I wanted to get one last one in with my regular doc before we move so I’d be good for another year) and decided to take the initiative and get the Pancake Boob squared away before the end of last month, just to get it over with.

You know, because when you reach a certain age it’s recommended you have your boobs put in a vice. 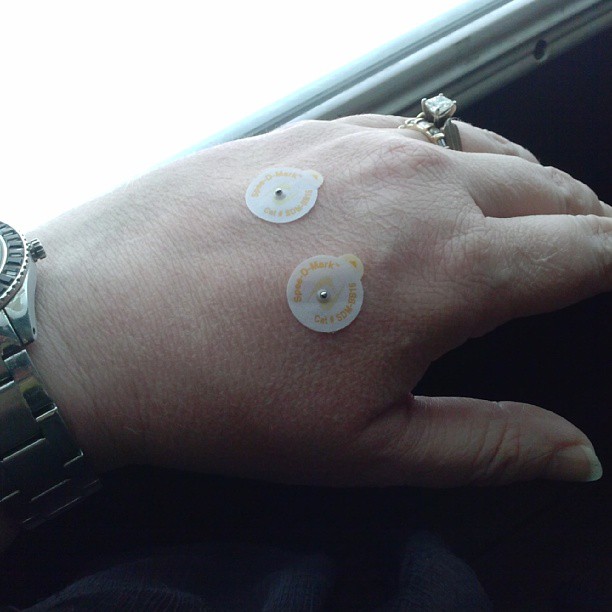 He wanted to know what it was for – your day is not complete until you talk about your boobs to your uncle on Facebook.  At least it’s all clear on the front – but I’m sure my doctor will be ragging on me about the fact that I’m a year overdue for my regular annual.  Ooops.

Speaking of doctor’s appointments…  Both Princess Nagger and Little Dude have their annuals tomorrow – Princess Nagger is secretly happy that she won’t be getting any shots this year (she’s good until next year), but Little Dude will, since it’s his 5-year checkup.

We’ll also hopefully find out what sort of testing they’ll want to do to find out what makes Little Dude tick, and see if he’s somewhere on the Autism spectrum.  He’s certainly a candidate based on some major behavioral issues that have been quite the challenge, and with his egg donor being a drug addict – we have no idea what she was on while pregnant that might have affected his psyche.  I’ll keep you posted.

In other news…  You know  the humidity is here to stay for the duration of the summer when the calendars you have strategically hanging have already curled in the heat in June:

Our next house most definitely will .have central air.  It’s a must.  I have a wish list of amenities I’d like our next house to have – here’s hoping our house will sell quickly and we are able to get our dream home sooner rather than later.