Have you been enjoying spring so far?  We’ve been blessed with amazing (and actual) spring weather, so the hubby’s been a busy bee cleaning up the yard and prettying things up around here.  Such a nice change from the bland, dreary non-winter winter we had – I’ll have to be sure to take some pictures so you can ooh and ahh over his handiwork.

Meanwhile it’s Monday (I know you really didn’t need to be reminded of that, right?) which means it’s time for some fun music – this week’s theme is selected by one of our Spotlight Dancer’s Helen, who challenged us to share songs with a name of the person in the title, or a person’s name in the lyrics.  Let the fun begin!

Let’s start with a young artist whose 14th birthday is coming up this Saturday.  Hailing from Pennsylvania, she is a child actress and singer, and will be co-starring on the upcoming Disney Channel series Girl Meets World  debuting later this year.

She actually had a guest role on Law & Order: SVU when she was 11.  As a singer, this artist placed third in a singing contest run by Miley Cyrus’ website.  Let me tell you, this girl has some chops. 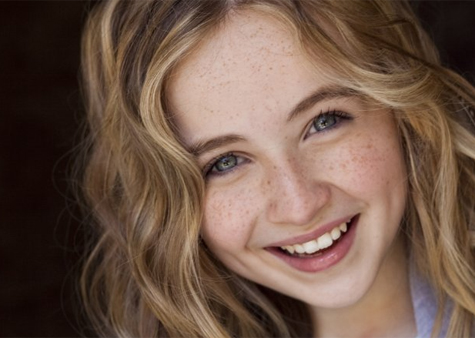 Isn’t she a cutie?  She’s a busy girl – she was a lead dancer in Just Dance Kids 2, and not only will she be starring in her first lead role in the upcoming Girl Meets World, but she also plays young Merrin in the yet-to-be-released 2013 film Horns, starring Daniel Radcliffe as Ig Perrish and Juno Temple as Merrin Williams.

She also performed “Smile” for the album “Disney Fairies: Faith, Trust and Pixie Dust”, which charted on Radio Disney.  Her singing is also on the Sofia the First soundtrack.

Without further ado, here’s Sabrina Carpenter (when she was 10) with an amazing cover of “Proud Mary”:

Next up is an Australian pop-rock singer that all my girlfriends (and myself included) had major crushes on.  The story behind the song is that the artist was taking a stained glass class along with his friend and his friend’s girlfriend – he initially wanted to use the actual name of the friend he was singing about, but instead decided to go with a different name.  He happened to see a girl in a softball jersey with the name on it and changed the name, then recorded the song.

When asked about it years later, he couldn’t remember the name of the girlfriend, and believes that the real woman who inspired the song has no idea that she was the inspiration for the song. 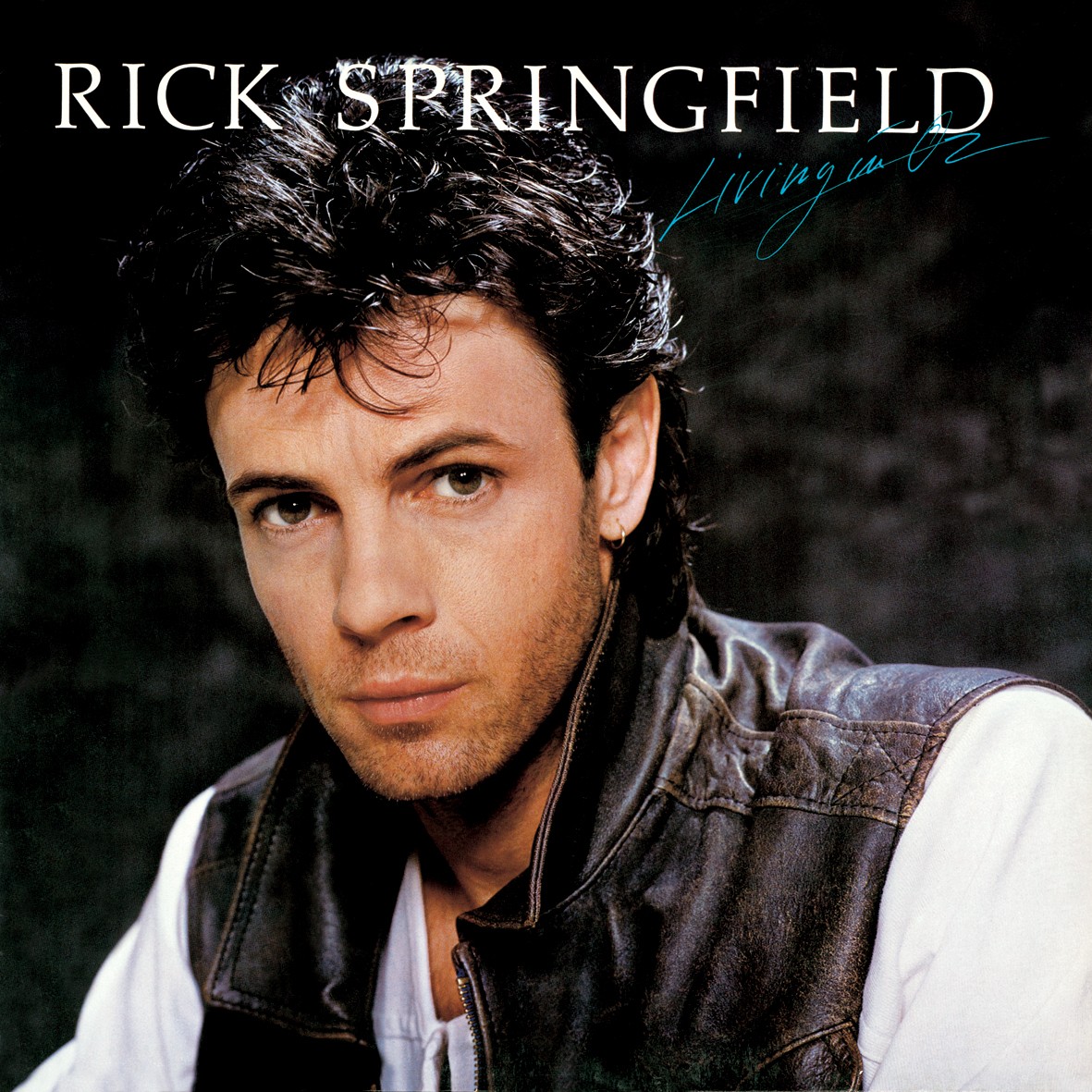 Give a listen to Rick Springfield with “Jessie’s Girl”:

Next up is a no-brainer song for this particular theme, a funky, whistle driven melody that is loose, light, and irresistibly funky.  The vocal chemistry between the main artist and the guest artist is perfect.

Next up is a song that originally started off with a different name after one of the lead singers and writers close friend, but was later changed.  It was released as a second single from the group’s album in 1989 – one of the artists came up with the title and melody before he knew what direction he wanted the song to take.

It took nine months to finish the lyrics; after the artist read a Newsweek article on gunshot victims, he got really angry that nobody was paying homage to those who were abused by their parents. 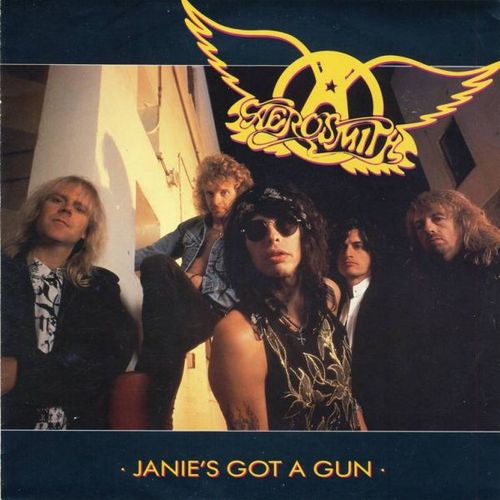 Here’s Aerosmith with “Janie’s Got A Gun”:

Last, but certainly not least, is a song from an American Rock singer that was released as the third single from his second solo album in 1997.  The artist spent most of his adolescence skipping school to opt for music activities instead, and ended up playing in local bands with friends and his cousin, who owned the then famous New York recording studio, The Power Station.  Obviously his academic records reflected poor grades.  By the time he was 16, he was playing clubs.

When he was seventeen, he was working sweeping floors at his cousin’s recording studio – in 1980, Meco happened to be there recording Christmas in the Stars: The Star Wars Christmas Album.  His cousin recommended him for the song “R2-D2 We Wish You A Merry Christmas”  which became his first professional recording. 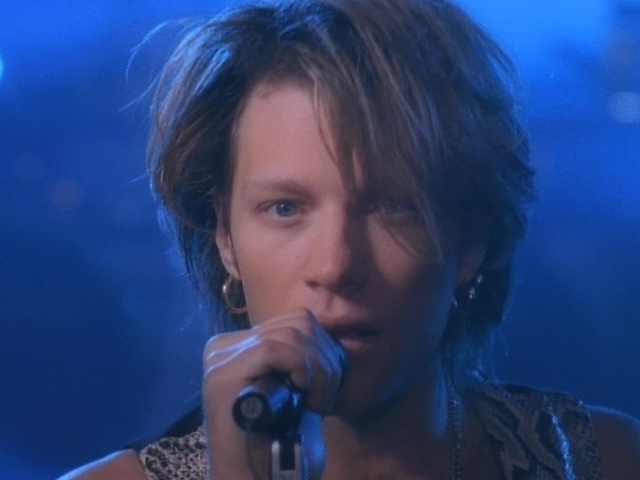 I couldn’t find any information about this particular song, aside from the fact that the music video was released on the DVD Destination Anywhere: The Film, which is an American film inspired by and featuring music and concepts from Jon Bon Jovi’s second solo record Destination Anywhere.  The film and album were released in June, 1997, and the film stars Jon Bon Jovi and Demi Moore as a young couple struggling with alcoholism and the death of their young child.

The film debuted on both MTV and VH1 in 1997 and also stars Kevin Bacon, Whoopi Goldberg and Annabella Sciorra.  The film was released on DVD on April 11, 2005 and includes five promotional music videos, including this one.

30 thoughts on “Proud Mary and Jessie’s Girl both have Moves Like Jagger but wait – Janie’s Got A Gun! Janie Don’t Take Your Love To Town!”