I’m happy to report that the stifling summer heat we were experiencing all week long last week was washed away by one solid rainy day, and the weekend proved to be absolutely perfect spring-like weather.  60’s and sunny – now  we’re talking.  Hopefully those of you still ensconced in winter weather will see a light at the end of the tunnel – and not be a train.  Ahem.

It’s Monday (and another gorgeous 70-degree day here), and you know that Monday means great music, right?  Today being the dreaded Tax Day, I was tasked with coming up with this week’s theme – so naturally I opted to go with songs about Tax Day, or songs about money – or even ironic songs, because Tax Day is kind of ironic, isn’t it?

Let’s start with an obvious choice suggested by the hubby.  Its lyrics attack the high levels of progressive tax taken by the British Labour government of Harold Wilson.  The lyrics came about when one of the artists realized that even though they’d started earning money, they were actually giving most of it away in taxes.

Their earnings placed them in the top tax bracket in the United Kingdom, which made them liable to a 95% supertax (introduced by the aforementioned Harold Wilson’s Labour government – which explains the lyrics “There’s one for you, nineteen for me”). 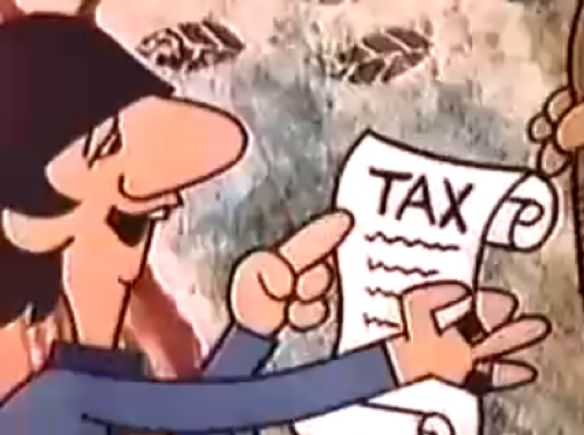 Give a listen to The Beatles with “Taxman”:

Next up is a song that while it’s not about taxes, it could be perceived as about handling money.  It won the artist a Grammy award for best male country vocal performance in 1980.  The song itself tells the story of a late-night meeting on a train “bound for nowhere” between the narrator and an unnamed man who is the gambler.

The gambler mentions that the “secret to survivin’ is knowing what to throw away, and knowing what to keep” and that “the best you can hope for is to die in your sleep”.  You know, learning how to manage your money and material things. 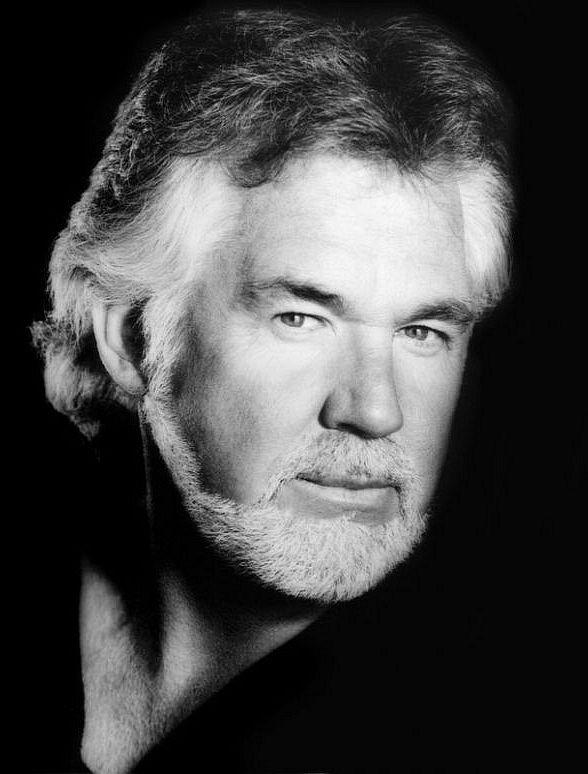 Yep, you guessed it – it’s Kenny Rogers with “The Gambler”:

Next up is a song by a British rock band taken from their 1985 album.  It was one of their most successful singles, peaking at number one for three weeks in the United States, and it also reached number one for three weeks on the U.S. Mainstream Rock chart.  The recording was notable for its controversial lyrics, groundbreaking music video and cameo appearance by Sting singing the song’s falsetto introduction and backing chorus, “I want my MTV.”

The lyrics originated from a stop in an appliance store in New York where at the back of the store they had a wall of TVs which were all tuned in to MTV.  There was a working man dressed in a baseball cap, work boots and a checkered shirt delivering boxes standing next to the writer of the song, who kept saying things like “what are those, Hawaiian noises?…that ain’t workin’,” etc.  The writer asked for a pen to write some of these lines down and then eventually put those words to music. 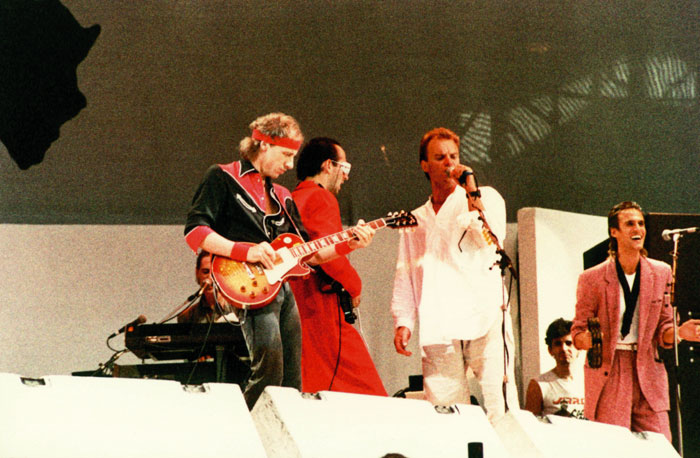 Here’s Dire Straits (notice that Eric Clapton is also playing on stage) with “Money For Nothing”:

Next up is a lead single of this group’s album in 1999 that provided the quartet with their first chart-topper on both the US Billboard Hot 100 and Canadian RPM singles chart.  The song was nominated for two Grammy Awards for Best R&B Performance by a Duo or Group with Vocals and Best R&B Song at the 42nd awards ceremony.  The music video was shot in a beauty salon as a tribute to one of the quartet’s mother. 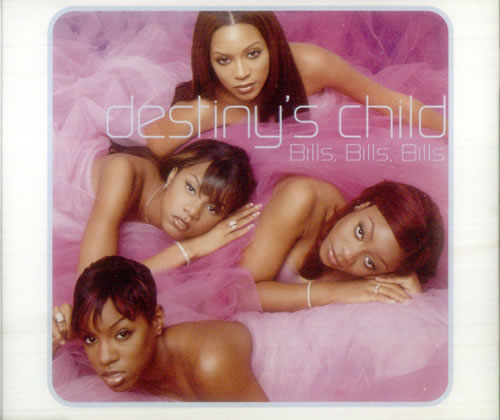 Despite the success of the single, some listeners apparently questioned the theme, interpreting the demand that the man pay the woman’s bills and the accompanying threat of leaving him if he did not as male bashing.  Additionally, the man in the song is subjected to insults, accusing him of being a “triflin’, good for nothing type of brother.” Destiny’s Child countered that their lyrics were meant to be empowering  for women.

Going along with the money theme, this next song came about when the featured artist behind the words was on a trip to London where he was given $350 by his record label to spend for 11 days.  He found the amount of money to be insufficient, and explained “We were like, ‘Is this the biggest mistake we’ve ever made? We thought we were broke in California; what are we going to do here?’ So we’ve got no money, and I’m walking the streets and came up with, ‘I wanna be a billionaire, so freakin’ bad.'”

With the song, the main artist intended to avoid “superficial” lyrics in the wake of an economic recession, and added “There’s something to sing about here; if I was in the position to have a ridiculous amount of money, would I be selfish or selfless?’ I just took that concept and ran with it.” 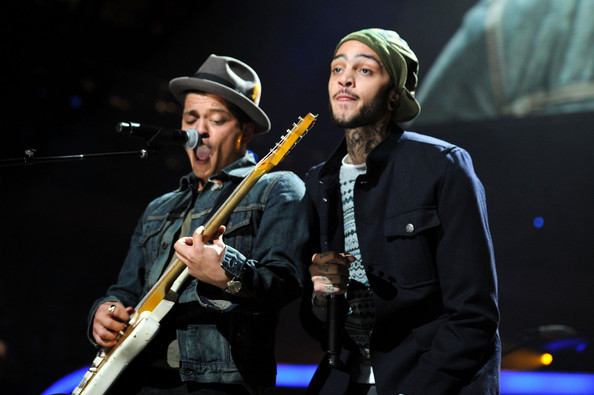 The lead singer revealed in an interview that the song was autobiographical.  She said that not only was it autobiographical, but it was also a self-fulfilling prophecy in the sense that it was the first single, and it manifested itself in a way of showing that success.

Every artist – every person, really – can relate to having a dream and wanting to go after it, and wanting to make your folks proud, and having that be part of the joy of it.  For her, it was a big part of the joy of her success being able to share that enjoyment and that excitement with her family.  She was thrilled when the story of the song unfolded and how art definitely imitated life in that sense. 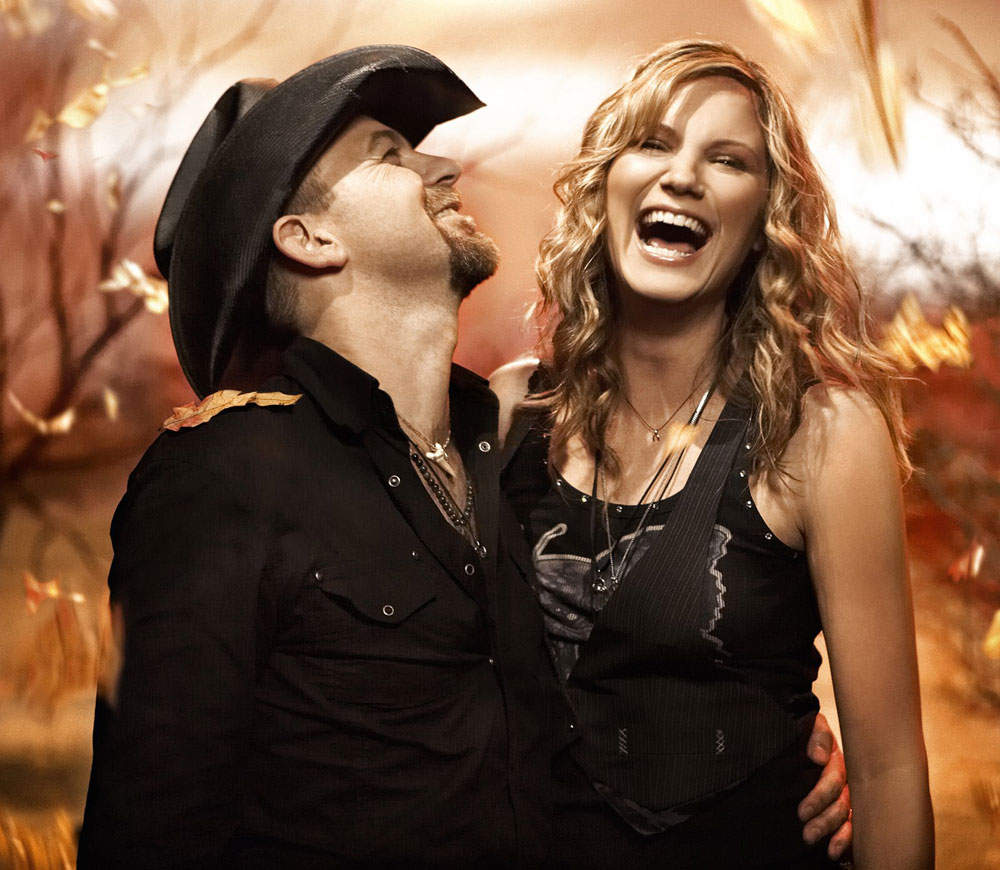 Here’s hoping that if we can’t all be billionaires, at least maybe we’ll all be getting a tax refund this year.  Have a great Monday!

12 thoughts on “Taxman The Gambler has Money For Nothing just Bills, Bills, Bills for a Billionaire Baby Girl”