In spite of Princess Nagger being more of a tomboy than a ‘girly-girl’, she still loves to do some girly stuff, especially paint her nails.  I love that she likes to express her own uniqueness in everything she does – even with using different colors per nail, just because she can.

I’ve always been worried about the toxicity in nail polish – especially since Princess Nagger was a huge thumb-sucker, so she’d end up ingesting the polish right off of her thumbnail.  And proceed to chew the polish off the rest of her fingers so they’d ‘match’.  I know, right?!

So what is Piggy Paint, and who is the genius behind it?  I’m glad you asked!  Melanie Hurley is a mom with two very fancy little girls, ages 6 and 8, who love to have their fingernails painted.  She, like me, always hated the thought of her kiddos putting their hands in their mouths after she painted their nails with traditional kid polishes.  Not only did the ingestion of the chemicals worry her, but the smell nearly left her light-headed after painting two sets of fingernails and toenails.

One day while they were painting nails over a foam plate, her daughter dropped a glob of her solvent-based polish onto the plate.  Shortly after, the paint began to bubble and “ate” through the plate (scary!!)  It was then, while looking at the hole in the plate, that she decided to test all her other “kid” polishes on the foam.

Bet you already deduced that her scientific experiment led her to discover that all the “kid” polishes also ate through the foam plate, too.  It was then she decided that any flammable substance that could eat through foam was unacceptable for her children’s fingernails, which would inevitably end up in their mouths.

Voila!  Piggy Paint was born.  It’s a natural, eco-friendly nail polish designed for fancy girls.  Its non-toxic, hypoallergenic formula makes it safe to use on all piggies. Piggy Paint dries to a hard, durable finish that can easily be removed with their eco-friendly, low odor Piggy Paint nail polish remover.  Both are made in the USA!  Say good-bye to harsh, smelly chemicals and hello to Piggy Paint…it’s as Natural as Mud®!

Princess Nagger was excited when we got our own Piggy Paint in the mail to try: 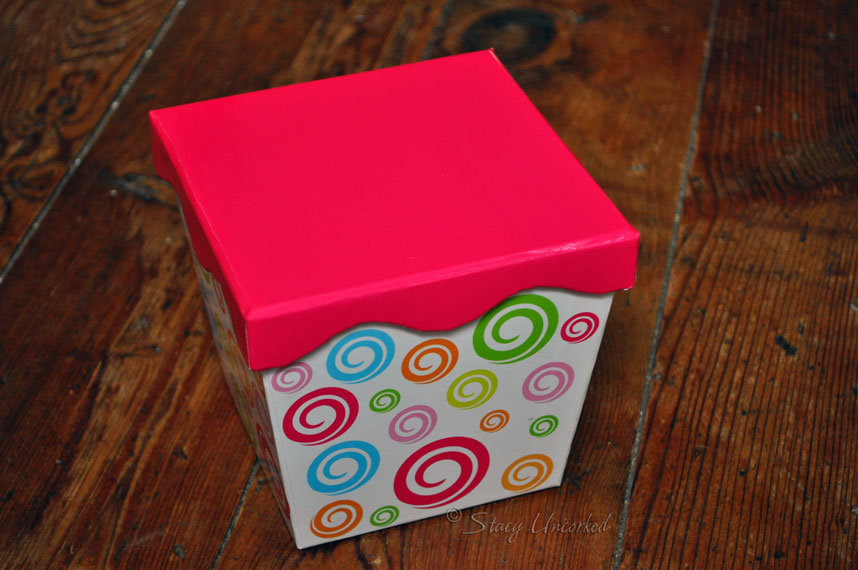 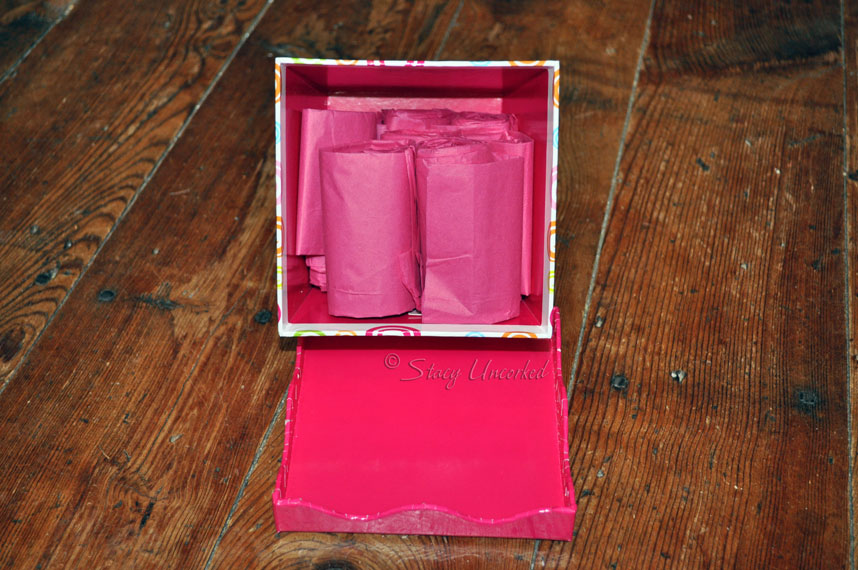 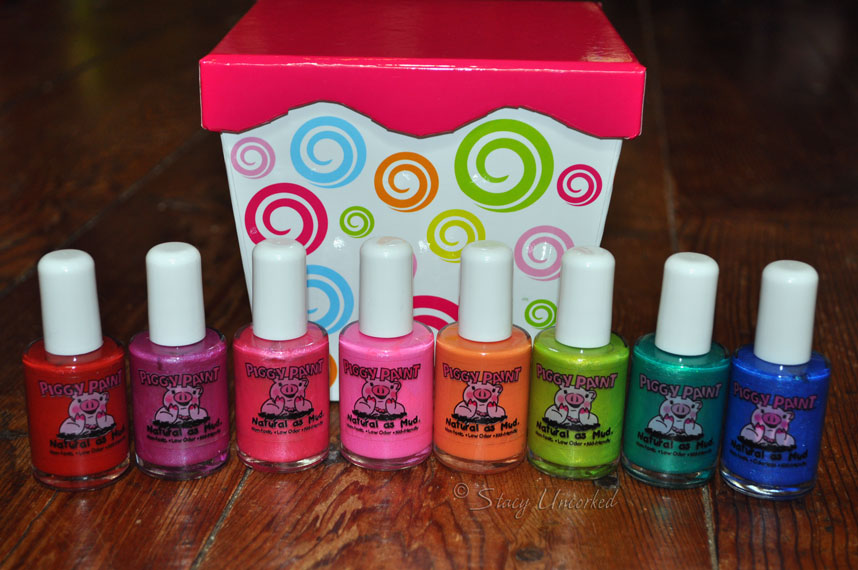 Aren’t those pretty?  They even have fun names for each color – from left to right:  “Sometimes Sweet”, “Girls Rule!”, “Forever Fancy”, “Jazz it Up”, “Mac-n-Cheese Please”, “Dragon Tears”, “Ice Cream Dream”, and “Tea Party for Two”.  Princess Nagger was joking about how the ‘Dragon Tears’ actually look like Dragon snot, but she was tickled to have something Dragon-y.

She was excited to get busy dolling up her nails, and kept asking me every ten-minutes “Is it time to use the Piggy Paint yet?”  We had originally planned to have our own little Mother/Daughter finger-painting spa time over Easter weekend, but Easter ended up taking center stage so we enjoyed our time yesterday afternoon instead.  We both had a blast, and it was fun watching how studious Princess Nagger was on painting her nails: 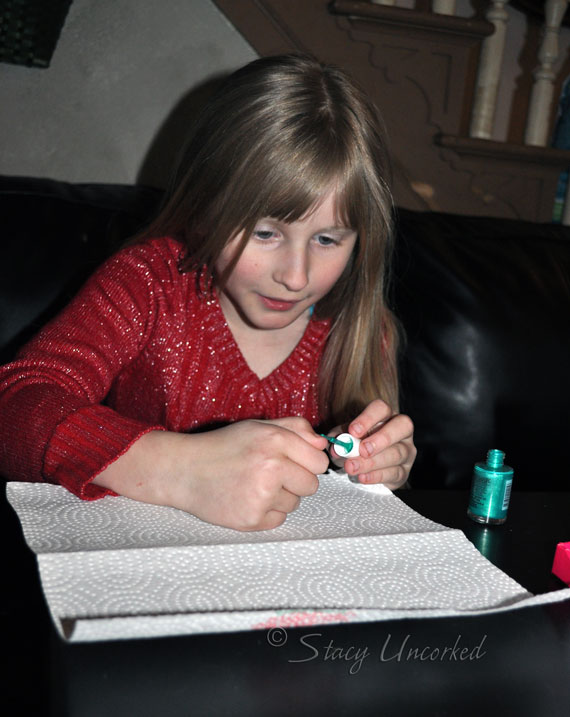 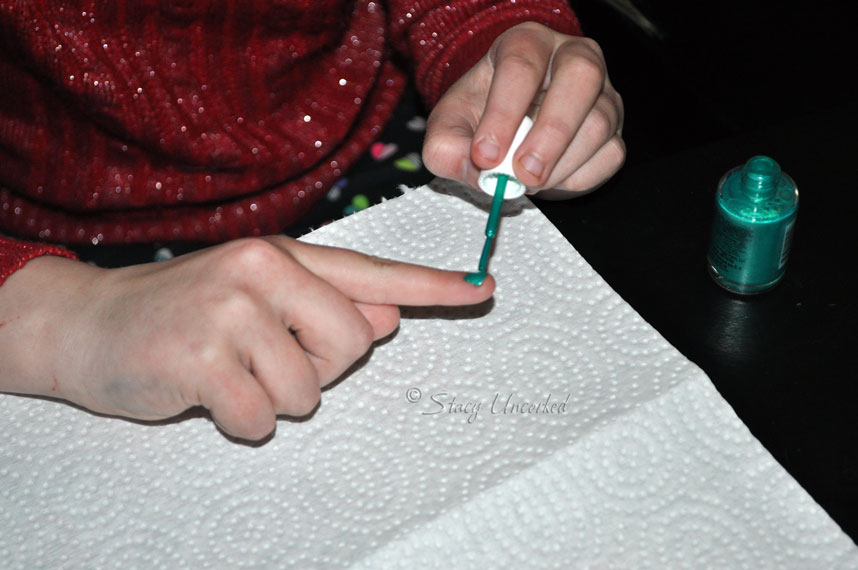 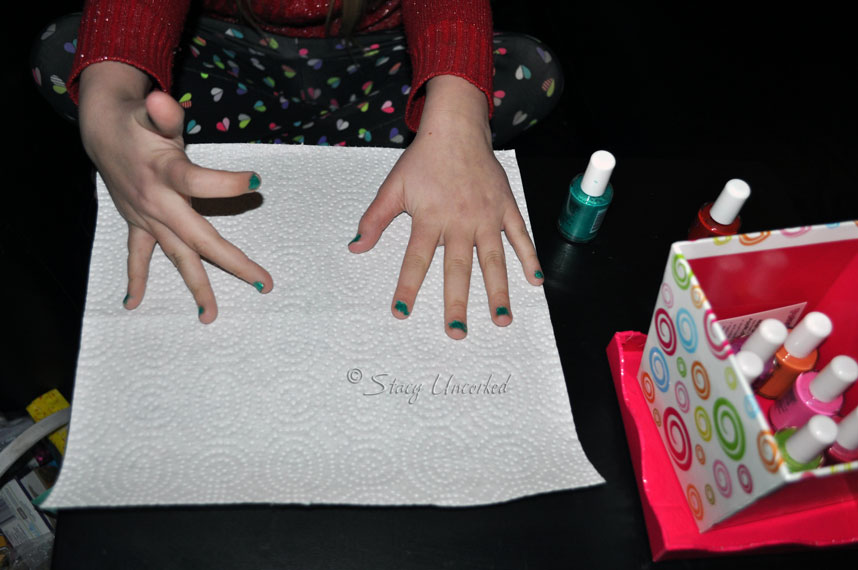 Now to talk her into not chewing her nails – maybe having all this awesome nail polish will inspire her.  At least that’s another worry I don’t have to have – she won’t be ingesting toxic nail polish any more, even if she continues to bite her nails.  Ahem.

I usually don’t wear nail polish since I’m OCD about making sure they always look nice, and since I keep my nails fairly short to make typing easier.  I’m constantly immersing my hands in sanitizing solution whilst winemaking, which tends to do quite the number on the polish.  I do paint my toenails during the summertime to pretty them up for flip-flop and sandal wearing.  When Princess Nagger offered to paint my nails, I couldn’t say no.  Of course trying to take pictures of my own nails didn’t pan out, so we’ll just leave them to your imagination.  Trust me when I say they look fabulous.

I was impressed by how natural this product is – their slogan “natural as mud” not only cracked both Princess Nagger and I up, but it’s exactly what this is – completely non-toxic which is precisely what I want to keep my precious Princess Nagger safe.  Since it’s water based, the odor you get with the polish is a lot less potent than regular nail polish – the smell doesn’t hang in the air long after application (and didn’t give me a headache, which is also a plus).  It reminds me of the acrylic paint smell of the paints both Princess Nagger and I use when being crafty.

We were both very impressed with how quickly the polish dried, too – less chance of messing up the prettiness.  To speed up the drying process (you know, to avoid any of the accidental bumps that can happen when you don’t have time to wait for the polish to dry) you can use a blow dryer (on the low setting, of course) to speed up the process.  The polish dried very quickly and wasn’t even tacky – something that can’t be said about many of the other polishes I’ve used in the past.  Princess Nagger’s excited to show off her pretty nails to her friends at school tomorrow.

I’m going to get some Piggy Paint for my nieces – especially since they like to paint my brother’s nails (and he’s such a good sport): 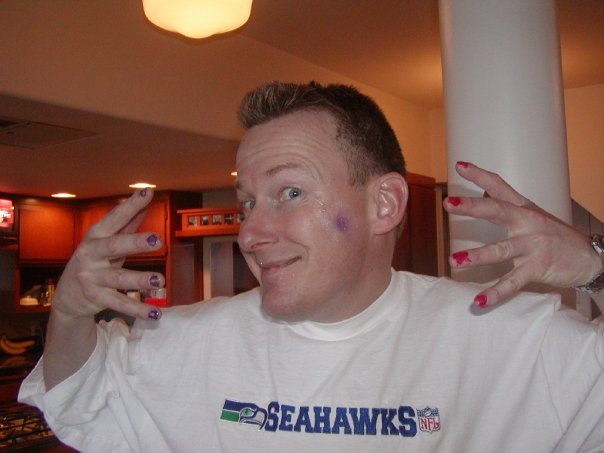 It would be nice to rest easy that he himself isn’t inundated with toxic polish, not to mention my precious 11 year old nieces.  Ahem.

How would you like to get your own non-toxic Piggy Paint to safely pretty up your little piggies or your fancy girl’s piggies?

You can purchase Piggy Paint directly from the Piggy Paint website, plus it’s also available at select Walmart stores and walmart.com.  From now until April 30th, Stacy Uncorked readers can get a 15% discount on PiggyPaint.com, – to take advantage of this discount, just enter the promo code “PiggyFun” at checkout.  You can also find Piggy Paint on Pinterest, Facebook & Twitter.

One Lucky Stacy Uncorked Reader will win the Toe-Tally Fancy Gift Set – with Forever Fancy, Jazz it Up, and Girls Rule! Their best selling 3 polish set with pink and purple! 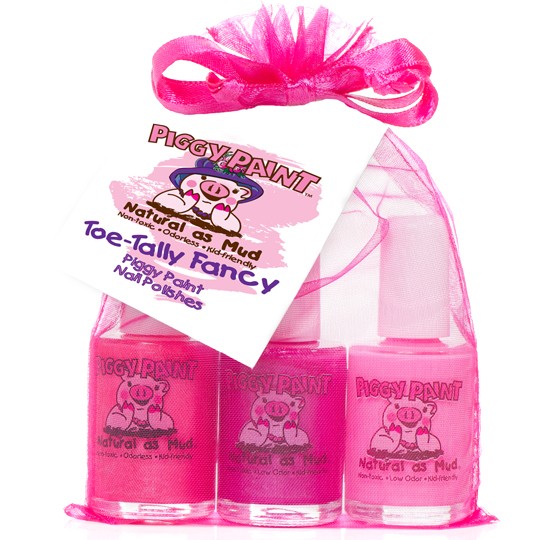 I’m trying something new since some of you were having issues with Rafflecopter – quick and easy to enter my giveaway!  Let’s begin…

This is a short giveaway – you have until NOON EDT this Thursday April 11, 2013 to enter.  One lucky winner will be randomly selected. I will email the winner who will have 24 hours to respond to the notification email or a new winner will be chosen. Open to U.S. residents 18 years or older.  Good Luck!

Note:  I participated in a campaign on behalf of Mom Central Consulting for Piggy Paint.  I received a product sample to facilitate my review and a promotional item to thank me for participating.  As always, all opinions are mine and not influenced by outside sources.  See my Disclosure Policy here.

7 thoughts on “(CLOSED) Made in the USA and Non-Toxic – Piggy Paint is the best for painting your little one’s piggies! (Review & Giveaway)”