April has arrived, people! For those of you anxiously waiting for spring to finally arrive (you know, because the groundhog obviously lied), looks like it’s definitely on its way. We even have potentially 65-degree weather coming up in the 10-day forecast. I just hope Mother Nature doesn’t continue to be completely whacked and send us hot/humid summer heat instead of glorious spring weather. I’m just sayin’.

Being that today is the first day of April, it also means it’s April Fool’s Day – are you planning any pranks today? Princess Nagger has a few up her sleeve to pull on her classmates – more on that tomorrow.

Meanwhile, being that it’s Monday, it’s time for some fun music – this week’s theme is selected by none other than our own inimitable leader, Xmas Dolly who has challenged us to pick a song we would never listen to, or one we hate, plus any other songs in honor of April Fools or fun/silly songs for everyone to put a smile on or some belated Easter songs.

So let’s get started – “hate” is such a strong word, though, and I’m usually an equal opportunity music fan, since I do have an eclectic taste in music and love (almost) all music of all kinds and genres (though the top of that list is New Country). So I decided to get creative with the song that is strongly disliked – the theme song of a popular purple dinosaur. You know who I mean.

In fact, I mentioned it in a post a few years ago about how Princess Nagger didn’t always like dinosaurs – and her reaction to the theme song of the purple dinosaur that was something like this: 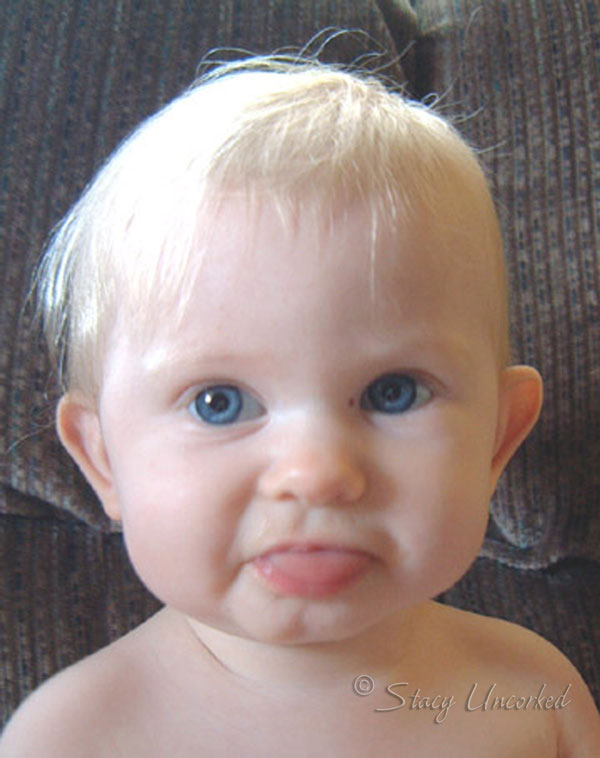 So here you go with an annoying song to get stuck in your head, the Barney Theme Song:

Princess Nagger eventually warmed up to Barney, though now she has this same reaction to the purple dinosaur this picture demonstrates: 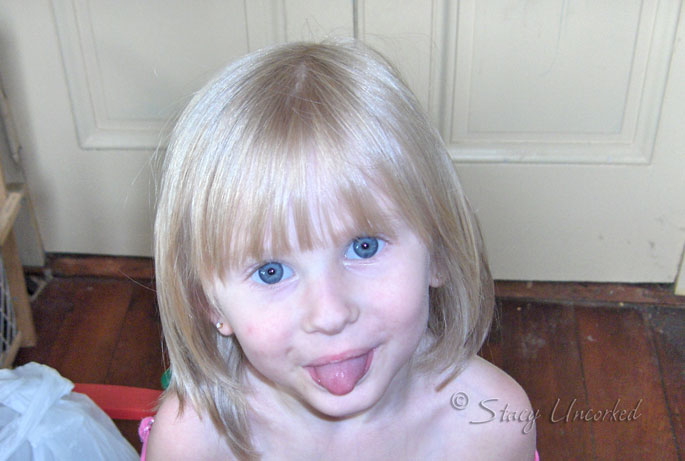 Moving on… Since it is April Fool’s Day, how about a couple of songs about fool’s? Or something. We’ll start with an artist who’s name is actually the French word for the month of April – even though she was born in September. I know, I haven’t figured that one out either.

She began singing church songs with her mother at the age of two – her mom recognized her two-year-old daughter’s talents after hearing her sing “Jesus Loves Me” in church. Her older brother and younger sister used to tease her when she sang – good thing she overcame their teasing: 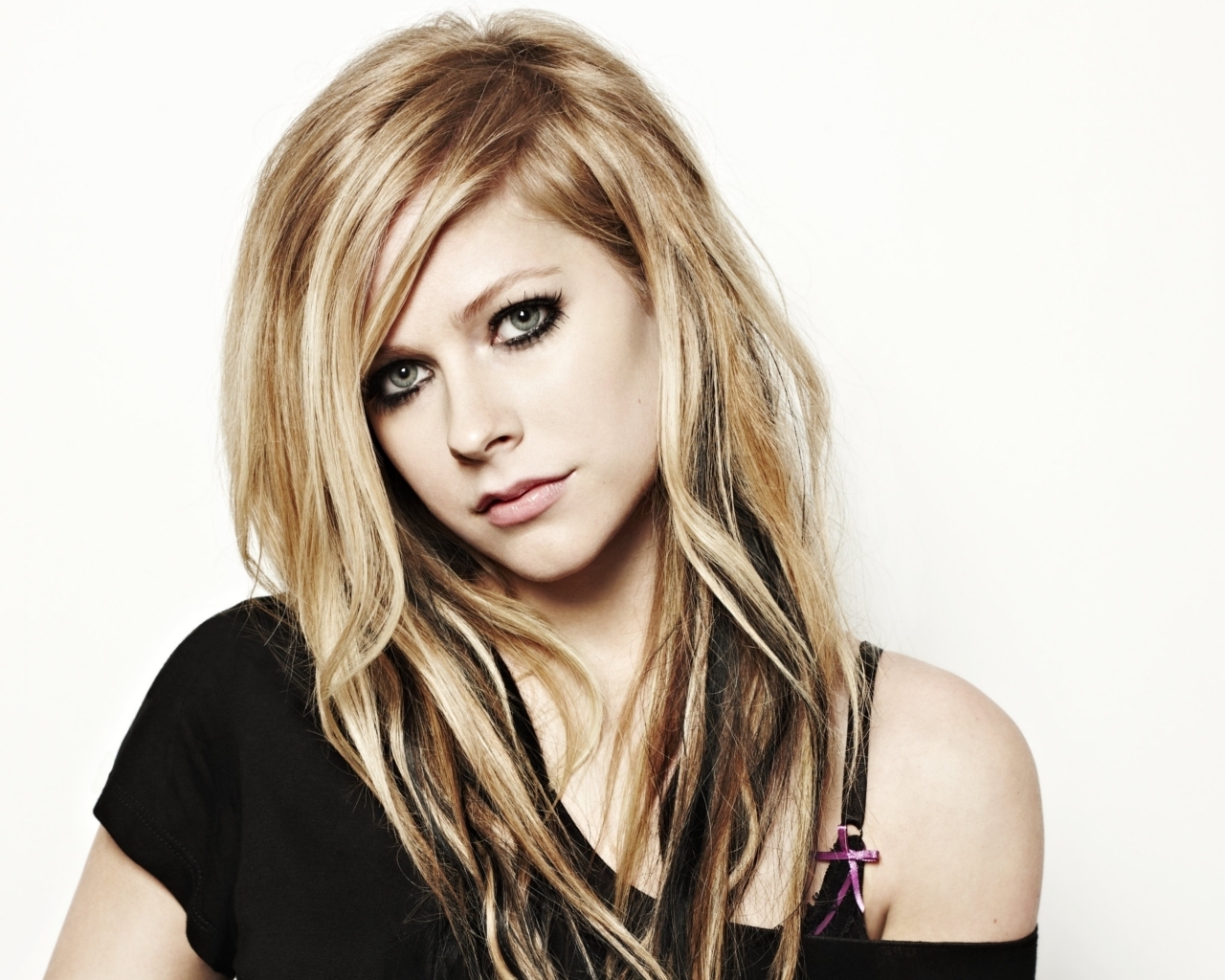 From her debut album from 2002, here’s Avril Lavigne with “Nobody’s Fool”:

Keeping with the ‘fool’ theme, this next artist released this song as her third or fourth single from her debut album. It was also the third single to be lifted from the Batman & Robin motion picture soundtrack. She re-recorded the single for the soundtrack to make it a more ‘radio-friendly’ version, like she did for a couple of other singles – basically shortening it by one verse.

This song details the frustration and agony of knowing that one’s lover does not care about them as much as they care for him. The song parallels Bruce Wayne’s relationship with Julie Madison, as well as his friendship/partnership with Dick Grayson/Robin. 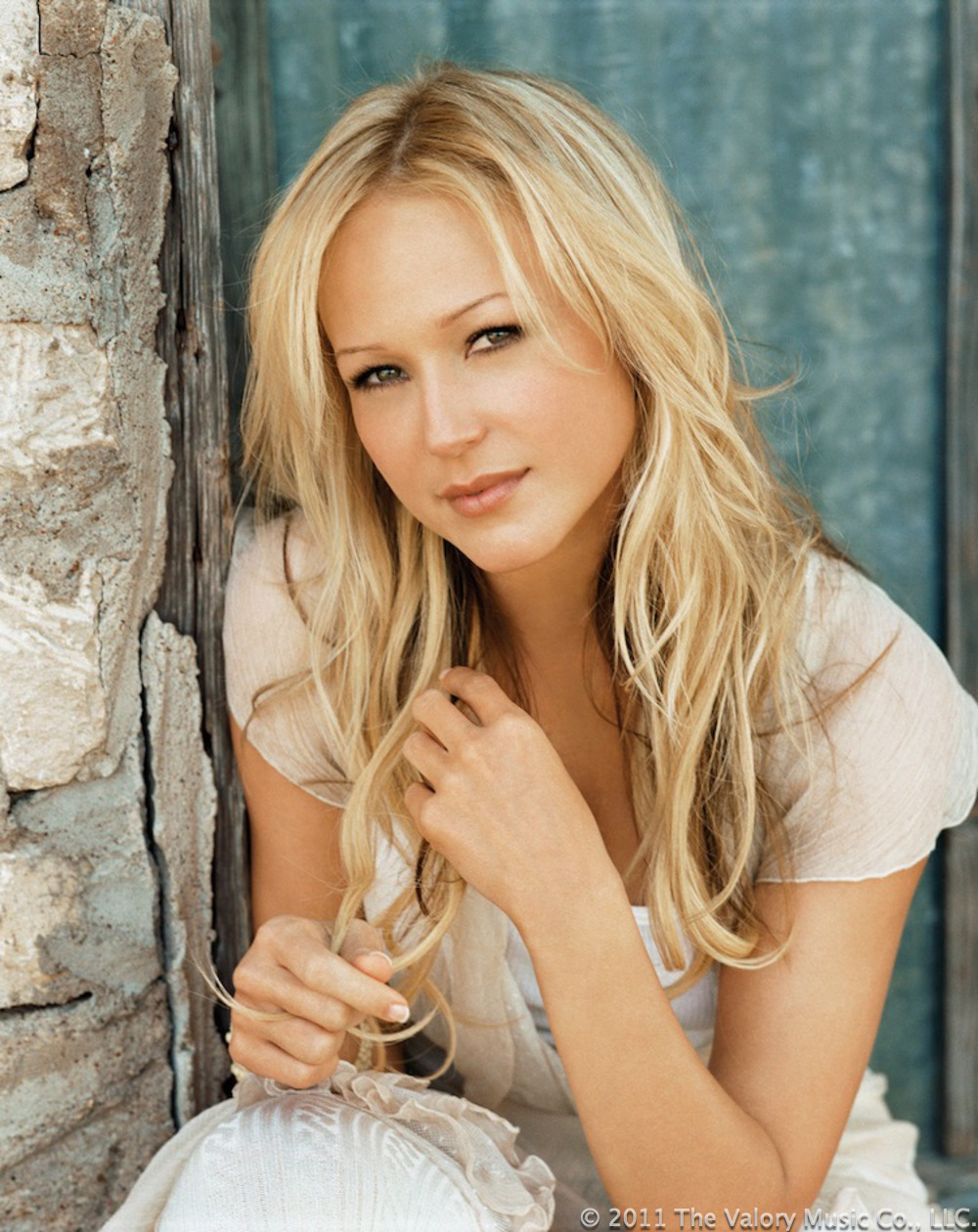 When Jewel decided last year to release a career-spanning retrospective, she decided to include new duets with Kelly Clarkson and Pistol Annies. She chose those two in particular because she wanted to do some duets with artists and voices she really likes. Her new album was released this past January – I for one am going to be picking it up since I’ve always loved Jewel’s music.

Here’s Jewel and Kelly Clarkson with the re-cut version of “Foolish Games”:

Moving on to funny mode… If you’ve read me for a while, you won’t be surprised that my top choice for funnyman music artist is Brad Paisley. You saw that coming, didn’t you? The man is hilarious with some of his songs.

Case-in-point, this next song has the narrator explaining that he’s “still a guy” in spite of his companion’s attempts to ‘correct’ his stereotypical behavior, and despite society’s attempts to apply what would be considered ‘feminine’ traits to men.

His intention was to “capture this struggle a little bit between men and women in a playful way”. Initially, Paisley was not certain if a female audience would accept the song, so he sang it to his wife, Kimberly Williams-Paisley, who was pregnant at the time. She apparently laughed long and hard at all the right places, so it was a ‘go’. 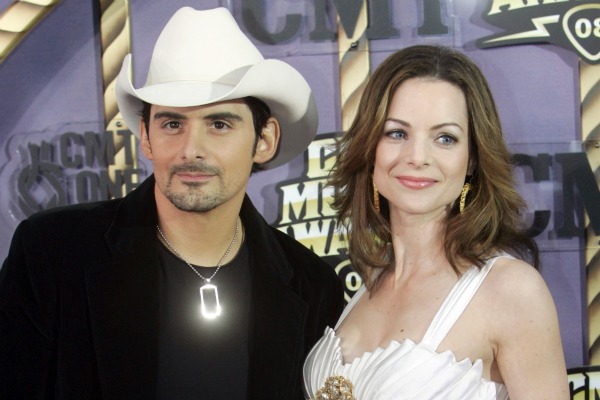 Here’s my boy Brad Paisley with “I’m Still A Guy”:

Sticking with my favorite funny man, this next song was the only single released from his sixth album – he teamed up with a fellow A-lister on this raucous number about getting a guitar, donning torn-up jeans, coming up with a cool name and starting a band. 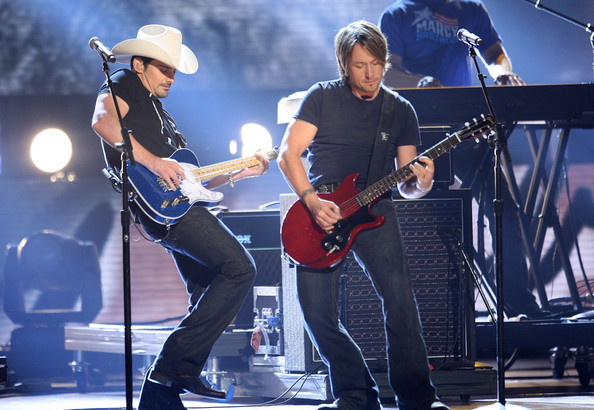 Last, but not least, is a new song from Brad Paisley that’s way too funny not to share. His friend – a name you’ll recognize – Miranda Lambert happens to be a big fan of “Here Comes Honey Boo Boo” (you know the one [that I don’t watch] the reality show that follows a 6-year old beauty queen contestant from a self-described redneck family).

Not only is the video hysterical, but the lyrics are as well. For instance: 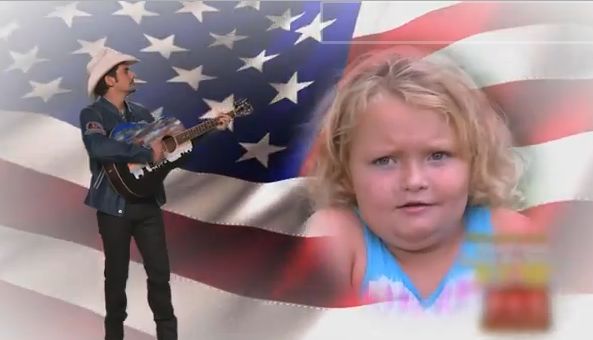 Here’s Brad Paisley with “The Ballad of Honey Boo Boo”:

Don’t worry – it won’t be on his new album that’s coming out next Tuesday.   Have a great Monday!

Chrissy at Loving Life also has a Monday Music Hop: