Is it just me or are the weeks flying by faster than ever?  I’m way behind on things I thought I’d have done this week, like blog comments and replies and emails and photo sorting and winemaking.  So much to do, so little time. 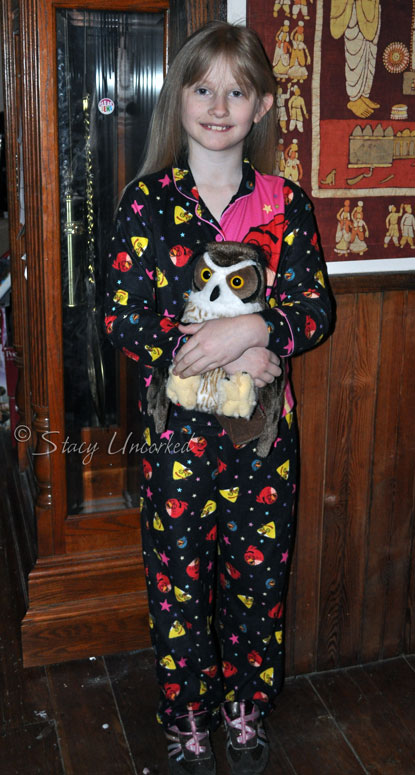 I think we should declare our own Pajama Day, don’t you?

For those that celebrate Easter, are you ready?  I’m pretty sure I’m ready – though I realized yesterday that I forgot to pick up the sides to make for our Easter dinner, so I’ll be running out to get those tomorrow amongst the rabid shoppers getting their last minute stuff.  Or maybe I’ll send the hubby.  I’ll have to make sure I write a specific list, though, since Literal Man will interpret my list literally – like the time I sent him to get toppings for Pizza Night and my ‘pineapple’ item on the list was interpreted as ‘whole fresh pineapple’ vs. sliced or diced. Ahem.

Speaking of Easter… I was putting together all of our Easter Baskets yesterday afternoon while Princess Nagger was at school and Little Dude was taking his nap – once again I went a little overboard with getting contents for the baskets so they took longer to put together (and yes, I put  a couple together for both the hubby and I – after all, we deserve a visit from the Easter Bunny too, right?) so I was pushing the time for when Princess Nagger’s bus would arrive to drop her off.

I thought I made sure there were no traces of Easter only minutes before Princess Nagger alighted from the bus – except when we were sitting on the couch talking about her day, she suddenly stopped, threw her arms in the air and shouted “Bunny!!”  I glanced around, and suddenly spied a caramel filled chocolate bunny that I had gotten for my basket (I got both she and the hubby solid chocolate bunnies since they’re big time chocoholics) that had inadvertently landed on the bottom shelf of the coffee table (since I was sitting on the floor putting the baskets together).  Ooops.

I think she suspects that I’m the Easter Bunny just like she suspects I’m Santa – I think she’s being cool and playing along, though, so I can think that she still thinks of those holidays as ‘magical’.  That’s my story and I’m stickin’ with it.

Monday is April Fool’s Day – the hubby’s birthday happens to be Tuesday, but I always joke that he was probably really born on April Fool’s Day and tells people he was born the day after so they wouldn’t think him a fool.  Princess Nagger was supposed to have Monday off as part of her long weekend for Easter, but it’s a snow make up day instead – and surprisingly she’s not bummed about it, because she’s looking forward to pulling pranks on her classmates.  I’ll let you know what pranks she pulls next week – you know, when I find out what she has planned. 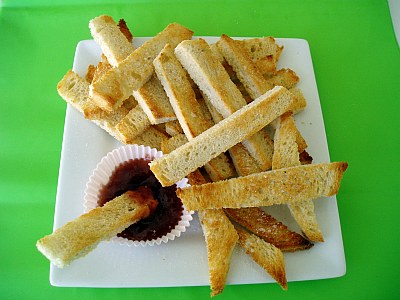 It’s bread with the crust removed and sliced into strips, then baked to a golden brown, sugar sprinkled on to look like salt and strawberry jam as ketchup.  While this would probably not fool most kids, it’s still cute enough to try – at least on Little Dude. 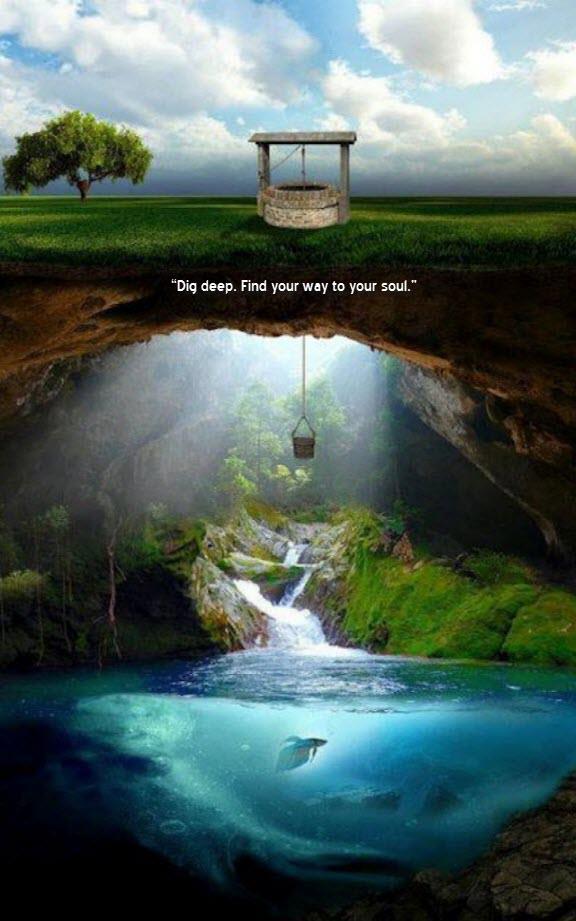 Isn’t that cool?  That’s a wrap for this week – if you have fragmented or random thoughts more than once a week, you’re always welcome to join me for Random Tuesday Thoughts each week as well. Have a great weekend!

I’ve brought back the Friday Free For All I used to have available for you – link up if you’re participating in any or none of the Friday fun I’m participating in, or especially if you’re new to my blog so I can easily come pay you a visit:
Mister Linky's Magical Widgets — Easy-Linky widget will appear right here!
This preview will disappear when the widget is displayed on your site.
For best results, use HTML mode to edit this section of the post.