Here we are, racing towards mid-March, and only 9 days until spring.  You regular readers will know how much I love snow, and how Mother Nature completely went crazy giving everyone else snow this past winter except us.  Sorry to those who ended up getting the snow I wished for that really didn’t want it – next year I’ll be sure to be more specific with scientific coordinates to make sure she gets it right.

It’s Monday already, which means we get to enjoy some fun tunage to make Monday so much better.  This week’s theme was chosen by one of our Spotlight Dancers, The Cave Man, who suggested that we find music that tells a story of your life.  This can be a single all encompassing piece of music, or you can cut together several pieces, each that are about part of who you are and/or how you discovered music.

This was a tough one – it’s not like I’ve lived a life like Taylor Swift (well, maybe parts of it have been like that relationship-wise) or lived some gloriously exciting life, so rather than turning this into a yawn-fest, we’ll highlight some of the more interesting life moments.  Let’s start off with a song that has been described as a “magical message”, and also a notable departure from this artist’s previous works. 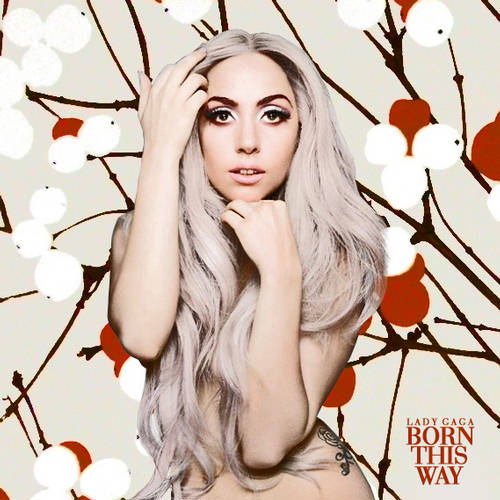 And what better place to start than at the beginning, right?  Here’s Lady Gaga with “Born This Way”:

Fast forward to when my first husband left me for another woman, my best friend was my rock – reassuring me that it wasn’t me it was him (she was right) and that I was going to be OK (right again).  She’s a huge Country Music fan, and when she introduced me to the next song (among others) I was a convert, too.

One of the song’s co-writers said that the idea of the song was born when he and some songwriting friends gathered for lunch one day at Tavern on the Row, a popular Nashville eatery.  When the check came, he realized he had forgotten his money.  He was asked how he was going to pay for the meal, and he replied, “Don’t worry, I have friends in low places – I know the cook.”  He and his songwriting partner immediately recognized that the line “friends in low places” had potential, but they didn’t act upon it immediately.

Some months later the two writers were at a party celebrating a recent #1 hit by another songwriter.  They began to talk about the dormant “friends in low places” idea, and at that very moment, it all started to come together in a song.  Because nothing else was available, they wrote the song on paper napkins.  Once the song was ‘polished’, they contacted Garth Brooks to see if he would record a demo for them.   The rest, as they say, was history. 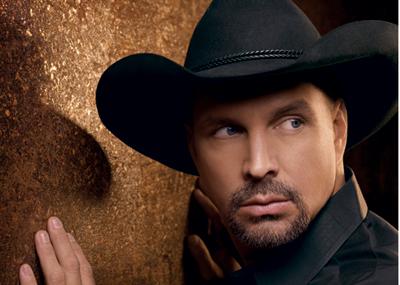 The original version of “Friends in Low Places” has two verses.  In 1991, Brooks added a “third verse” to the song in live performances.  His spiel leading to the new verse claimed that he thought the song’s original verse didn’t reflect how he would really act in that situation.

It is basically a rewrite of the second verse, with only the last few lines changed, culminating in “Just wait ’till I finish this glass / Then sweet little lady, I’ll head back to the bar / And you can kiss my ass”.

When I was introduced to this song, that’s the version I heard for the first time – and that verse was perfect in my mind.  I finally found a video of it for you to enjoy, too:

Fast forward through heartbreaks and infertility and we arrive to a time when the arrival of my Miracle Baby, Princess Nagger changed the course of my life forever.  In a good way.  Her adorable big baby blues made the next song not only poignant, but became our song. 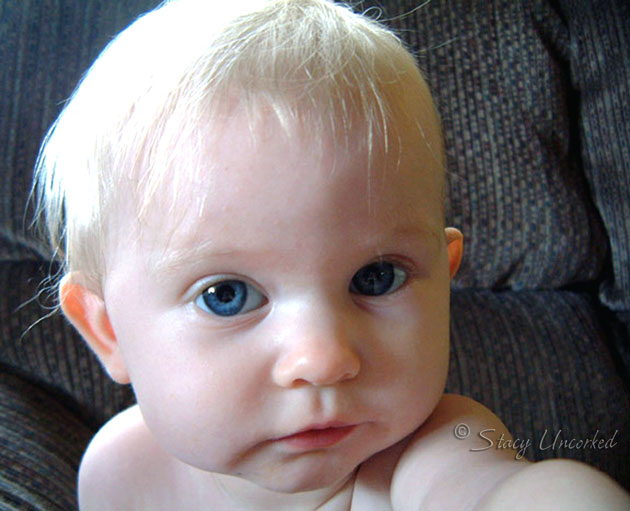 The song was actually written by James Slater, who doesn’t happen to have any daughters.  While he didn’t draw on personal experience to create the touching ballad about the unique connection between a child and a parent, he relied on observation between his mother and sister, and his brother and niece, and his own imagination to translate the emotion to paper.  He did such a great job capturing the bond, listeners believed he was drawing on personal experiences.

The idea came out of the chaos of September 11th – in response, he wanted to celebrate something powerful and intimate that couldn’t be destroyed by terror.  He is quoted as saying “I just had this idea to compare the craziness around us with the peacefulness you would find in your daughter’s eyes.”

He knew he was onto something when he came up with the lyrics: Everyone is equal, darkness turns to light and the world is at peace / This miracle God gave me gives me strength when I am weak, I find reason to believe … in my daughter’s eyes.

He was living in Switzerland at the time, and though had never written a country song, he was sure he’d written a tune that would make a connection with the right country singer.  He originally thought that Garth Brooks would be the perfect person to record the song, especially since Garth has three daughters.

While Garth ultimately didn’t record it, this artist later heard it and loved it and vowed to record it.  Which she did. 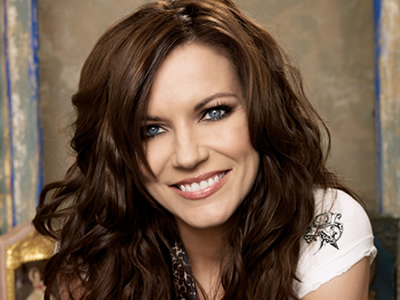 Grab a tissue and give a listen to Martina McBride with “In My Daughter’s Eyes”:

Speaking of the miracle that is Princess Nagger, when she saw that I was figuring out songs that represent my life, she said I needed to include at least one that represents her life.  Since I always tell her she is my life, I’m game.

She’s completely ensconced in her Minecraft fun, so naturally her first choice was the video she cackles at, Minecraft Style as created by Captain Sparklez (which subsequently was removed from YouTube by Sony while they’re figuring out if he infringed in copyright – even though his other parody videos haven’t been subjected to the same kind of scrutiny). 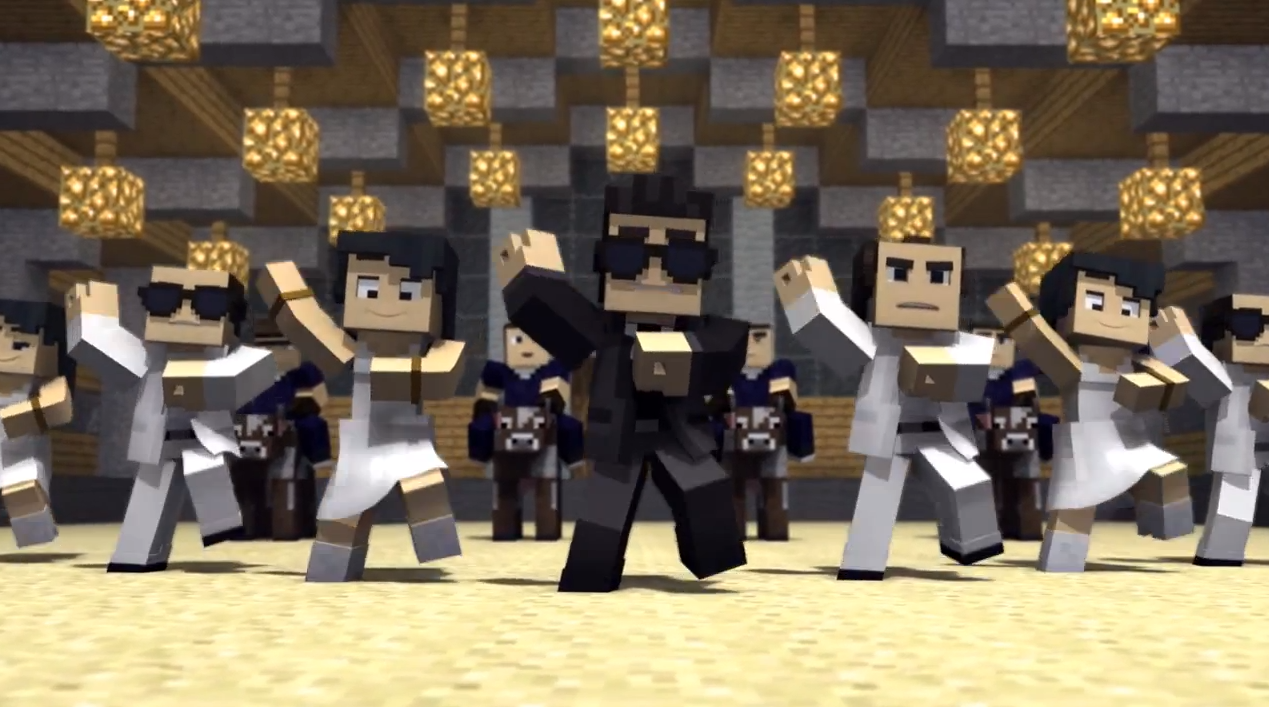 Because of this particular video, Princess Nagger decided to teach herself the Gangnam Style dance – and subsequently try to teach all her friends at school how to dance that particular dance, too – I’m sure the mothers of all those kids are forever grateful.  Ahem.

I was able to download a copy of the banned video and upload it to YouTube – hopefully it will play for you, but if not, you can access my file directly here (it will want to play in the Quick Time player I think):  Minecraft Style – A Parody

This next video has been around for a few years, and many of you have probably already seen it – but it’s definitely worth sharing again, because we can all relate as a mom.  You know those little sayings mothers have been using for generations, such as “Were you born in a barn?” or “I don’t care who started it”?

These “momisms” seem to be universal and now comedian Anita Renfroe has found a way to bring those sayings together in a laugh-out-loud funny song.  Here’s  Anita Renfroe with her very original “William Tell Momisms”:

Last, but certainly not least, since my life encompasses 99.9% of the time being a parent, this next video is spot on.  Being a parent is never easy, and it certainly won’t be getting any easier soon, what with the addition of Little Dude, and with Princess Nagger having officially arrived in Tweendom.

Anyone who has had kids – whether they’re still young or grown – will fully appreciate and enjoy this video.  Take consolation in the fact that you are not alone – and you are not the only one.  Here’s “The Parent Rap”:

Bet you were boppin’ noddin’ to the beat in agreement, weren’t you? Have a great Monday.

13 thoughts on “Born This Way which means I Have Friends In Low Places, but I find solace In My Daughter’s Eyes while she does the Minecraft Style to my Momisms with a Parent Rap”