I don’t know about you, but long weekends always throw me off for the rest of the week.  When I was in the Corporate World and had a long weekend, the remaining four days of the week felt longer than a 5-day week – probably because I had to cram five days of work into four.  That makes sense, doesn’t it?  But at least Friday gets here that much faster.  Welcome to the workings of my random brain.

Last year Princess Nagger had to choose an instrument to learn at school from a selection of string instruments – she chose the violin and enjoyed learning that for the short period of time she actually did.  This year they had to choose a wind instrument (don’t ask me why they couldn’t continue with their first choice from last year), and chose a clarinet.  But she hasn’t been passionate about playing an instrument – she prefers to simply sing instead.  Nothing wrong with that.

But her consistent aversion to practicing or playing her clarinet except on the cycle day that she has that class caused us to take stock in what’s really important.  Obviously learning the clarinet is not on that ‘important’ list.  Art, however, most definitely is.  After all, there’s an art show this week that one of her drawings won an award for (I’ll know Thursday, so you’ll know then via Facebook, or here next week).

So we decided rather than paying the $40+ a month renting the clarinet, we’d return it to the music store and invest that money and nurture something she truly is passionate about by getting her art supplies and an easel (something I bet Michele will be happy to hear).  She has a ‘date’ with the hubby to hit up A.C. Moore on Saturday – I’m looking forward to seeing what her creative mind will create with her new artistic tools.

Speaking of artistic…  How about that meteor that hit Russia over the weekend?  That was something else, wasn’t it?  Of course someone made it into a funny on Facebook: 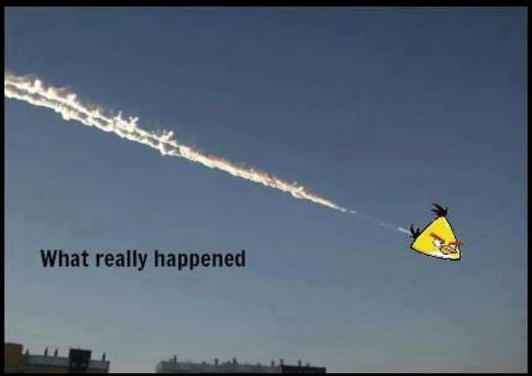 So naturally I had to make one of my own, using an Angry Bird from Angry Bird Space.  First I nabbed this amazing Russian meteor shot from here: 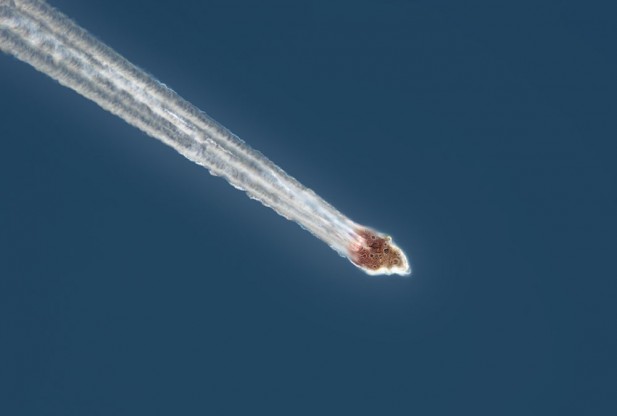 And added the space bird: 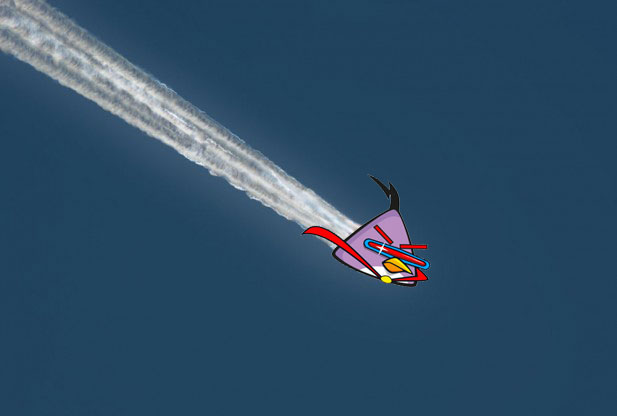 Continuing in the funny mode…  If you’re a Big Bang Theory fan like I am, you may have seen this hilarious ‘call-to-action’ video where Sheldon – I mean Jim Parsons – plays 30 characters, showing how it’s “Up2” all of them and each and every one of us to help end cancer.  Definitely worth watching:

Speaking of shows I’m a fan of…  SMASH returned February 5th but was preempted by the State of the Union address last week.  Needless to say, I’m very happy it’ll be on again tonight.  Are you with me, Gretchen?  One thing I love about the show – besides the myriad of awesome actors – is the music.  I know, y’all thought I was strictly a Country Girl, didn’t you?

Usually I’m not enamored by musicals, but there’s just something about the songs and music from this show that always – and I mean always – gives me goosebumps.  Needless to say, I was happy to see that they’ve come out with a CD Bombshell: The Marilyn Musical from SMASH

with the music just for us rabid fans: 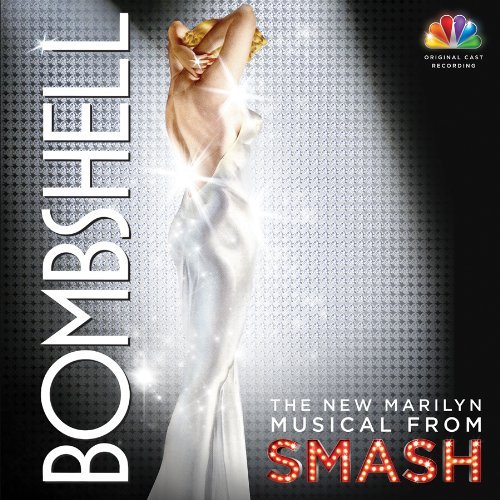 Bombshell is the musical within NBC’s Golden Globe-nominated series television hit “SMASH.” The album contains 22 original songs that make up the Broadway-caliber cast recording of the musical, complete with liner notes detailing the plot of Bombshell. The songs on the Bombshell soundtrack span both seasons of “SMASH.”

The soundtrack features stars Katherine McPhee (Karen), Megan Hilty (Ivy Lynn), and other cast members performing the original music created for the show’s musical-within-a-musical by Tony and Grammy award-winning duo Marc Shaiman and Scott Wittman.  It will be arriving sometime today by way of the trusty UPS, so you know what I’ll be doing later.  Ahem.

Speaking of being a Country Girl…  Unless you’ve been living under a rock I’m sure you all have heard by now that one of my favorite artists from the 90’s, Mindy McCready killed herself Sunday night.  Had I heard the news earlier I would have done some sort of tribute to her yesterday for Monday’s Music Moves Me, but I didn’t get the notification on my phone until I was getting ready for bed. 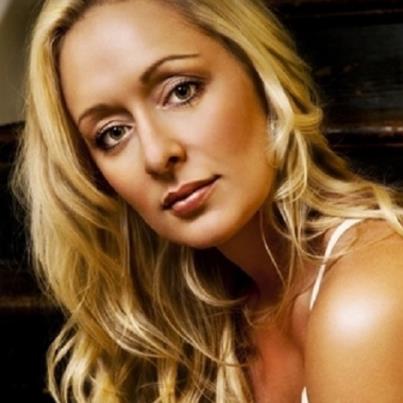 Shocking, for sure – and ironically I had spent some time earlier in the day reading about how she had just gotten out of a mental facility where she’d been because she was struggling with the fact that her fiance had killed himself last month.  This poor girl had just as much working against her as for her during her lifetime.  Such a shame.

In 1996 an unknown, 18-year-old country singer Mindy McCready burst onto the music scene with her debut album Ten Thousand Angels.  Selling two million copies, the record paved the way for her breakout hit, Guys Do It All The Time, which followed later that year and is to this day still one of my all-time favorite songs.  Over the years she made some bad decisions and had trouble follow her (like her former boyfriend and father of her older child, making headlines when he tried to kill her).

In recent years she seemed to be doing better, found her soul-mate and had a new baby – but after her soul-mate killed himself last month, there was speculation that she killed him – and with her history of mental illness, she spiraled downward yet again.  I had a weird feeling when I was reading about that whole mess that it wasn’t going to be long before she would attempt to kill herself.  Little did I know it would only be hours away from that fleeting thought.

My heart goes out to her family and her two small boys.  I’m going to remember her from her heyday with this favorite song.  Here’s Mindy McCready with “Guys Do It All The Time”:

Moving on to something funny…  I saw this floating around on Facebook and it totally cracked me up: 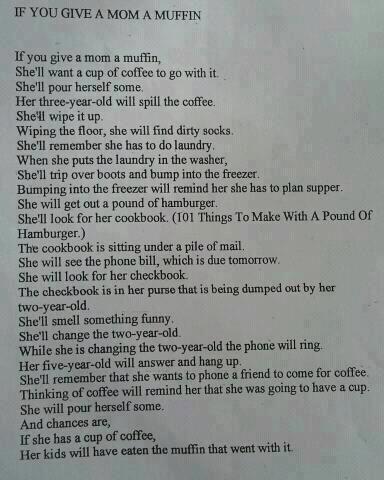 I bet a lot of you can relate to that, can’t you?  That’s a wrap for this week – link up and join in the fun, everyone is welcome, random or not. Be sure to visit your fellow randomizers so they don’t feel so lonely.

For those of you having trouble with the thumbnail linky, here’s the regular link linky for your convenience:

26 thoughts on “Artistic License and the Russian Meteor, Sheldon Gets Silly for a Cause, SMASH Love, R.I.P. Mindy McCready – RTT Rebel”