Two months until spring, yo.  Personally I’m wishing winter would get here already.  Sure, it’s been cold – but not winter cold.  And this weekend Mother Nature had a hot flash and gave us 60+ degree temperatures which really messes with my mojo when I’m wishing for a good snow.  I’m just sayin’.

I know there are many of you out there who hate the cold weather and are wishing for it to be spring already, but can you just put in a good word with the snow fairies to dump some of that cold white stuff on my head first?

I was so excited to see Smash pop up on my DVR schedule Sunday night – it was, as usual, an awesome episode, but apparently it was just a teaser before the official start of the season.  We have to wait three weeks for the actual season to premiere.  Way to get me all excited for some decent TV now that the holiday hiatus is over, NBC, then make me wait another three weeks.

At least it wasn’t one of those ‘flash back’ episodes that go through all the highlights of the previous season to refresh your memory – I find those boring and redundant.  It was an actual new episode to whet our appetites.  The next three weeks are going to feel like forever.

Speaking of the hurry up and wait mode…  I got my Santa Fe back last week – the linkage issue was repaired under warranty (they ended up replacing the whole gear box and shifter – whatever it’s called), but they forgot to fix the original repair request that we had scheduled prior to the linkage slipping.  So the hubby took it back in last Friday to have them look at the problem – and it’ll have to go back again this Friday for the actual repair since they once again had to order a part.

At least the people in the service department at the dealership we’re working with are awesome – they could have come up with any lame excuse as to why the electrical repair wasn’t done, but they didn’t.  Plus they always have fresh baked chocolate chip cookies ready for the hubby when he gets there – maybe I should take my car in and leave him home with the rug-rat instead and have some cookies.

Speaking of rug-rats…  I bought myself a new phone and rather than sell my old phone (that is now considered a dinosaur – you know, because it’s almost 2 years old… apparently it was considered a ‘dinosaur’ a year ago) rather than sell the old phone on eBay for a pittance, I gave it to Princess Nagger so she could play games on it rather than swipe my phone to do just that.  And download a bunch of games or apps I’ll never use.

She didn’t like the rubberized case I had for it (face it, I didn’t like it either since it was cumbersome to pull out of my purse or pocket – rubberish things tend to stubbornly cling to the lining of either) so I got her some bling for her not-new non-phone: 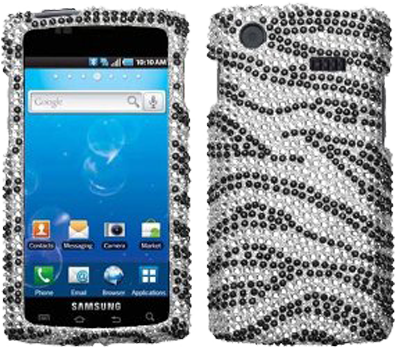 In spite of her being more of a tomboy and liking dragons and dinosaurs, she does still enjoy sparkly things.  She loves the new case, and loves that she now has her own phone to play games on (and I love that my phone is safe from grubby fingers for now).  She doesn’t have actual phone service, mind you – we’re waiting until she becomes a teen before facing those dragons.

Now for something totally different…  Have you heard of the Cups song?  Of course you have.  Maybe.  I stumbled across it over the weekend, and I’m intrigued.  Apparently these two gals are the original creators/artists/writers of the song and the cups fun (I think – don’t quote me on that) here’s the original version by Lulu and the Lampshades (2009):

Since then they’ve apparently changed their name to ‘Landshapes’ and are still around.  The song and the cups fun was utilized in the movie Pitch Perfect (which I still want to see – I’m a little behind, I know) and the actress who plays in the movie, Anna Kendrick, apparently spent an afternoon teaching herself the song and the cups fun.  When she mentioned it to the director, they decided to include it in the movie itself.  Pretty cool, no?  Here she is performing it on David Letterman:

Isn’t that fun?  I think I should see if Princess Nagger can teach herself how to do that – maybe we’ll have to do a duet or something.  If we do, I’ll definitely record it and share with you.  The song is now stuck in my head so it’s only fair to get it stuck in yours as well.

That’s a wrap for this week – link up and join in the fun – everyone is welcome, random or not.

Tuesday has arrived, and in case you were wondering, yes I am counting down the days until the first day of fall… only 9 more days! I think we’re finally done with our weekly ‘excessive heat’ – Saturday was the … Continue reading →