After having the hubby off work and Princess Nagger off school through the holidays, it’s tough getting back into the same old 220;Monday” routine.  This happens to be the first official ‘regular’ Monday since before Christmas – weird to think about that, isn’t it?

Since it is Monday, naturally that means we’re going to dive into some fun music, right?  We’re doing things a little different this week though, based on a suggestion from Rory Bore of Time Out For Mom who suggested we pick commercial jingles for some fun this week.  It sure was interesting digging through and finding commercials – they don’t do a lot of jingles like they used to, but along with some current ones I found some vintage ones that even now are still remembered fondly by everyone, even if we weren’t around during the original airing of said commercials.

Did you follow all that?  Good.  Let’s start off with a special request by both the hubby and Princess Nagger.  We all think it’s so ‘out there’ that it has to be included.  You’ve seen the Chase credit card commercials and they’ve ranged from creative to just plain silly, right?

This one is sort of in the middle – it took the ever popular Footloose song and stuck a dude with a blue guitar singing the altered lyrics.  You’ll just have to watch it for yourself:

Next up the marketing genius of this song is that not only are the first three bars totally hum-able, but that the last bar lands the product name in a way matched neither before nor since. 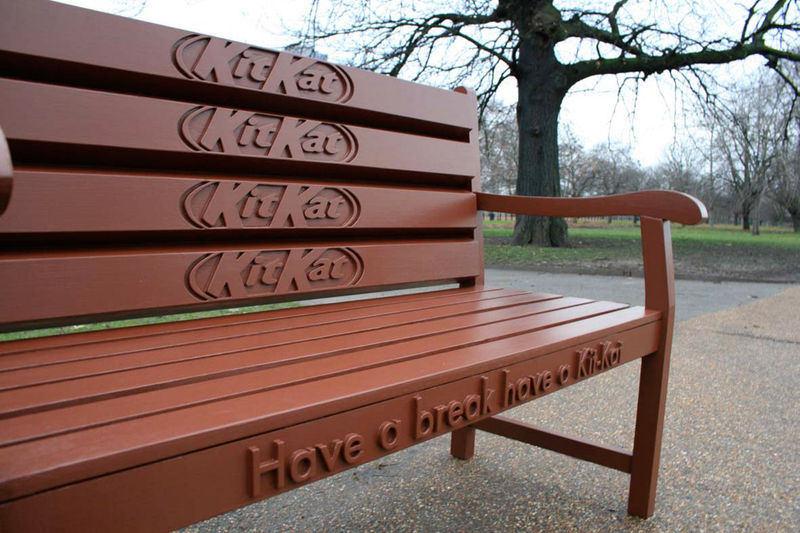 Think about it – with the lyrics “Gimme a break, gimme a break, break me off a piece of that Kit Kat bar.”  What else could possibly replace the last three words?  Absolutely nothing, that’s what.  And the idea of breaking off a piece of a Kit Kat is so perfectly right on for the four sticks that make up the bar that it’s bound to appeal to your sweet tooth.  It’s genius, just genius.

Do you show public displays of affection (also known as PDA)?  Do you like to make out – not just kiss but really, truly lock lips in public in a way that makes everyone around you feel awkward?  If so, Big Red is the gum for you, allowing you to “Kiss a little longer, stay close a little longer, hold tight a little longer — longer with Big Red”. 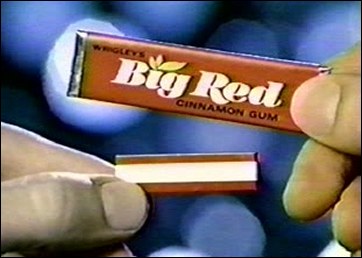 But wait – there’s more…  Can you finish the song? “That Big Red freshness lasts right through it, your fresh breath goes on and on, while you chew it…”  Oh fine, let’s just get to it:

Next up is a song that I think of every time I pour my morning coffee – whether or not it’s that particular brand.  I bet you’ve already figured out which one, haven’t you? 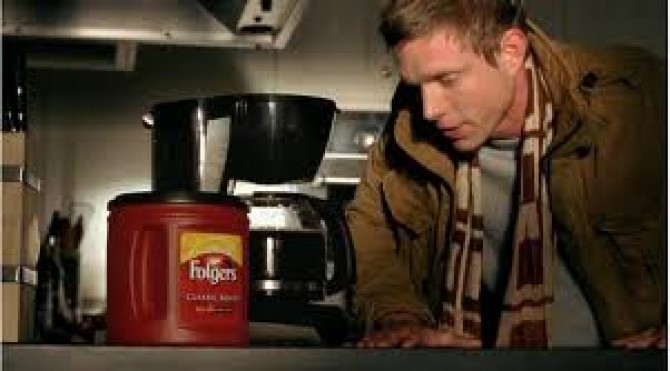 This video is the version sung by an American a cappella musical group formed in 1986 in New York City. Their name is a portmanteau of “rock” and “a cappella”. They sing original vocal music and a cappella covers of pop and rock songs; over time, their sound has evolved from high-energy pop and world music toward a more R&B-style sound.

The band originally found their biggest success in Japan, while in North America, they are best known for their participation in the hit PBS Kids game show Where in the World Is Carmen Sandiego? as the show’s vocal house band and resident comedy troupe, as well as the singers of the show’s theme song.  The band has released 17 albums, both in North America and overseas, and 3 compilation albums in Japan.

Here’s Rockapella singing the Folgers jingle (the video quality is terrible, but the sound is fine – I couldn’t find a decent combo to save my life):

Next is a 1971 TV commercial that is probably Coke’s most revered ad.  Called “Hilltop,” it shows a group of young singers standing atop a mountain in the Italian countryside, performing an original song called “I’d Like to Teach the World to Sing.”  The public reaction was overwhelming – people around the country besieged radio stations, asking them to put the song into their regular music rotation. 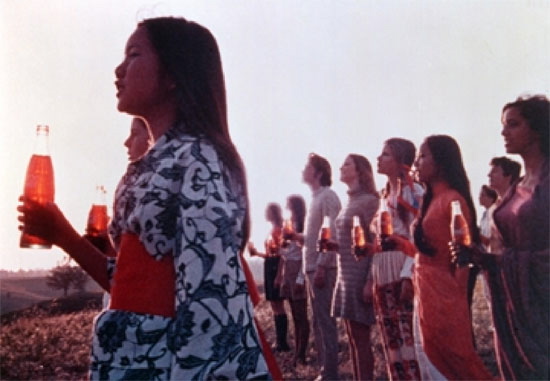 So overwhelming was the response that Coke took a music group called the New Seekers back into the studio to record a variation of the song (without references to Coca-Cola) that became not just a Top 10 hit but also a peace anthem during the Vietnam War.  Coke donated its profits from the commercial recording to UNESCO, a children’s charity affiliated with the United Nations.

In 1990, as a follow-up to the original commercial, Coca-Cola produced a commercial called “Hilltop Reunion,” an updated version of the 1971 legendary “Hilltop” ad featuring the singers and their children, and culminating in a medley of this song and the then-current “Can’t Beat the Real Thing” jingle.  Like its predecessor, it was also about sharing, families and world peace.  The spot only aired once on broadcast television (during the Super Bowl XXIV). 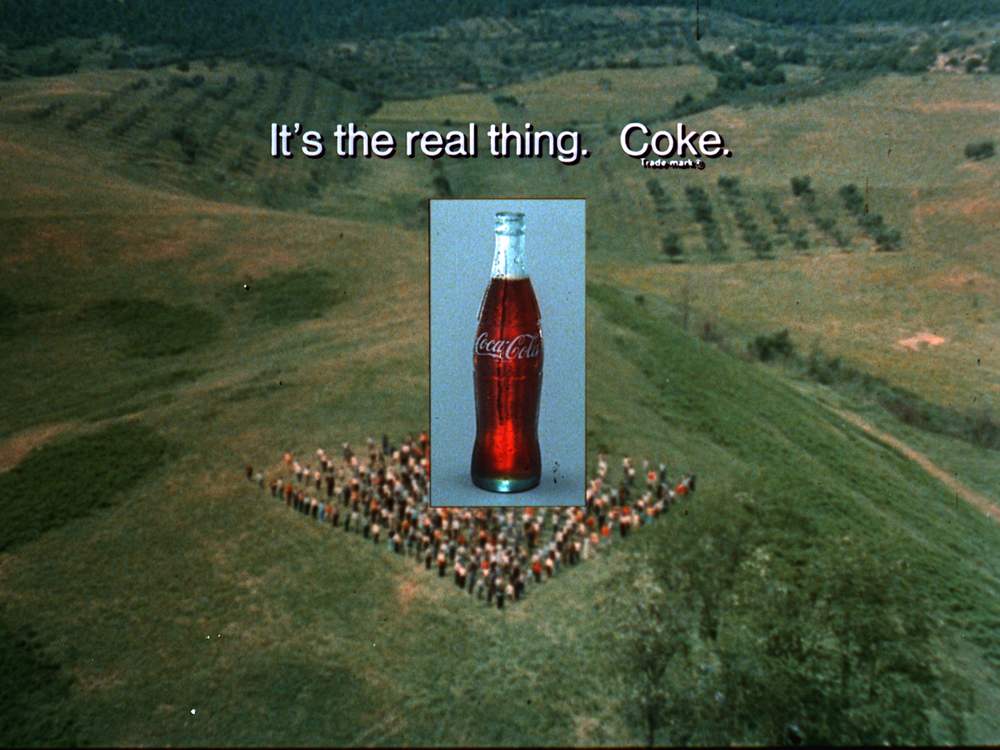 I found a video that not only has both the commercials, but after the 1990 version there’s a ‘behind the scenes’ of the reunion that’s definitely worth watching.  Prepare to get goosebumps:

And last, but certainly not least, we can’t have Coca-Cola commercial fun without including Train.  Well, OK we could but why?  And yes, I do realize Christmas is over, but we can still have Christmas Spirit in January, right? 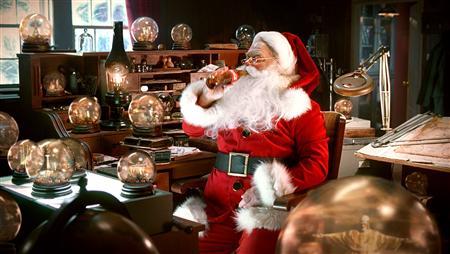 Besides, I do like this in spite of the negative critics.  Here’s Train with “Shake Up Christmas – Coca-Cola Version”:

C’mon shake up the happiness – and enjoy your Monday!

INTRODUCING OUR “SPOTLIGHT DANCER”:
Spotlight Dancers will return in February (or sooner).

21 thoughts on “Chase Gimme A Break & Kiss A Little Longer, the Best Part of Waking Up is I’d Like To Teach The World To Sing and Shake It Up!”