I’m a proud Android phone user.  Well, at least I was until I did a firmware update and ever since then I’ve had to do a hard reboot on my phone daily  (and sometimes more often than that) by popping the battery out and restarting the phone.  Very frustrating, that’s for sure.  Luckily I haven’t had to deal with that during an emergency situation, just sayin’. 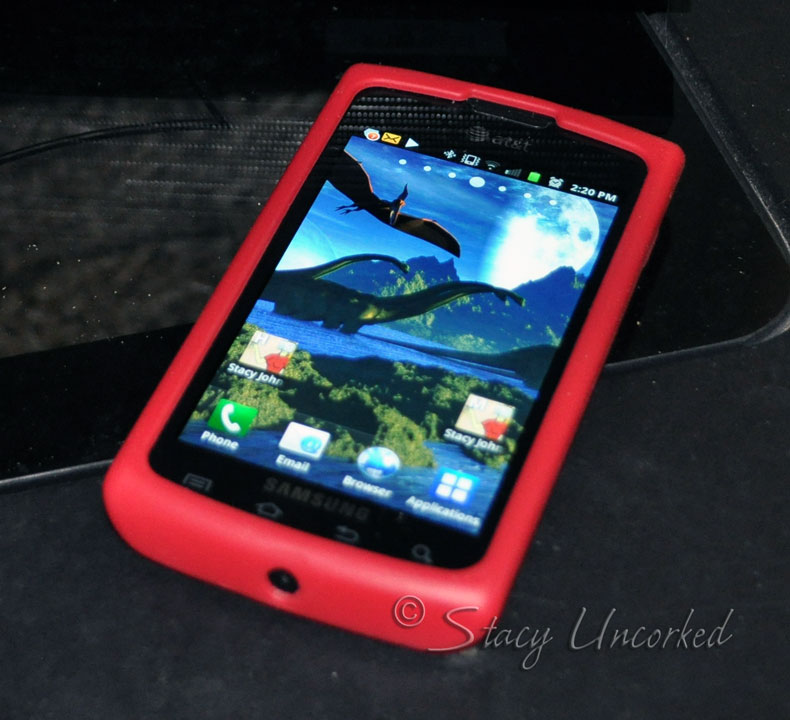 Sure, it’s the original Samsung Galaxy, and I’m still holding out hope that Santa will be bringing me the new Galaxy S3 because it would be way cooler than the dinosaur I’m currently using.  Granted, it’s only 2 years old but still considered a dinosaur.

Recently I found out about Madware – it’s mobile adware that uses aggressive techniques to place advertising in your Android device’s notification bar, calendar entries, and even your photo albums. It can even go so far as replacing your ringtone with an ad.  Yikes.

Since Princess Nagger has a penchant for playing games on my phone – and downloads games and apps she thinks are ‘cool’, I started to think that my sluggish frozen phone issues might not be because of the firmware update, but from all the multitudes of games and apps PN downloaded onto my phone.  The solution?

Norton Spot is an ad blocker, detector, killer and stopper.  It scans advertising networks that spam your device via apps you install, and identifies apps that don’t respect your privacy and removes them.  Not only that, but it monitors for intrusive alerts and blocks aggressive mobile advertising (madware) practices, including apps that constantly push ads to your notification bar, creates unauthorized desktop shortcuts, and secretly collects your personal information.  It spots madware so you can decide whether to keep it or not.

It’s super easy to use – simply download the free app and let it do it’s magic: 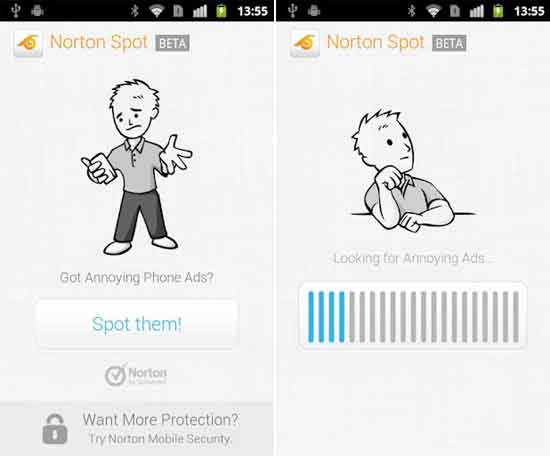 Something I learned the hard way (and need to educate Princess Nagger if she’s going to be downloading future games or apps on my phone) is always read the fine print when you’re downloading any app.  Make sure you understand exactly what parts of your phone the app will have access to.  If you’re still not sure, you can visit the Norton MobileSecurity.com site to learn about the latest developments and resources in mobile security.  It’s always a good idea to be educated.

It was disconcerting to discover that over recent months there’s been a phenomenal rise in the use of ad networks by app developers wishing to earn some cash from their creations.  In many cases, this isn’t a cause for concern.  Ad networks are a legitimate method for app developers to make a living.  Everybody needs to make a living.  But there is a side-effect to ad networks being integrated with mobile apps – they’re very annoying.

The ‘annoyance’ level increases when you install an app, then notice random icons have appeared on your device.  They’re either a shortcut to a search site or the website of an app developer, or they may be direct links to other apps in a particular app store.  The icons and alarms that show up in the notifications bar at the top of my screen look innocent enough – I pay attention to those alerts, particularly because they’re usually alerting me to a calendar reminder, a text message or an email alert – but when it turns out to be an ad I have no interest in, I get very annoyed.

Annoyances aside, the one thing that I find very alarming with madware is the fact that in order to provide targeted advertising to your personal device, the ad networks need to know a little bit about you.  If you pay attention when you’re installing an app (which I pretty much don’t do – until now) you’ll notice that the list of permissions have become incredibly intrusive – they want to know your location (so they can push ads based on where you live), device information (so they can push ads or offers relevant to your specific device). I’m very picky about having my specific location pinpointed for anything – safety is my number one priority.

According to Norton research:

Luckily with Norton Spot, I can keep the extra pesky madware off my phone – and keep my privacy private for a while longer.  I definitely recommend that you download Norton Spot – after all, it’s  free.

Note: I participated in a campaign on behalf of Mom Central Consulting for Norton. I received a promotional item as a thank-you for participating.  All opinions are my own and not influenced by outside sources.  See my Disclosure Policy here.