I have discovered that when you’re involuntarily disconnected from technology for any length of time and are stuck in that ‘hurry-up-and-wait’ mode, it’s hard to get caught up and get back into the groove once you get reconnected.  But I’ll get there.  We’re slowly but surely getting things cleaned up after pesky Sandy – we’ve always been far enough inland to not have to worry about too much disturbance from a major storm, but obviously Sandy had other ideas.

Our basement is still a huge mess, and as we’re digging through the piles of stuff that got soaked (and discovering items I forgot were stored down there that are now needing to sadly be relegated to the trash) we’re still thankful that we have a basement to clean up and dry out.

The hubby managed to get our furnace dried out enough to fire it up on Friday, so we were able to get warm again, and after tirelessly working on the hot water heater whenever he had a free moment, it finally fired back up on Sunday and didn’t sputter back out.  Probably the best and most appreciated hot shower in a very long time.

We’re expecting a Nor’easter to roll in on Wednesday – the weather people are still not committing to whether it will be in the form of rain or snow.  Either way, the hubby decided to hedge our bets and ordered a generator.  I think he’s secretly hoping that now that he bought one, we won’t end up with a power outage of that level ever again.  You know, Murphy’s Law.

I’ll be glad that if we do have another power outage we’ll be able to at least fire up the fridge and the basement freezer so we don’t lose as much stored food like we did this time – including the Thanksgiving turkey I had bought on sale and had in the bottom shelf of the basement freezer.  At least there’s still time to get another one – it could be worse.

The good news is that in spite of losing a bunch of stuff in the basement, I lost less wine than I originally thought – only about 4 cases instead of the 10+ cases I thought were submerged in the murky water for days.  Turns out those other cases were my stock of empty wine bottles.

I’ve discovered firsthand that biodegradable boxes sure don’t take long to break down once they get wet, though – we’ve been making a big soggy pile on one side of the basement that the hubby has a fan blowing directly towards to dry them out – that way they’ll be easier/lighter to move, and easier to burn rather than fill up garbage cans with a soggy mess.  I’ve decided our next house I’ll be building my own official wine cellar – a waterproof one.

Speaking of wine… One of the wine batches I currently have working right now is Chocolate Orange Port – I saw these cute little port sippers and had to get them: 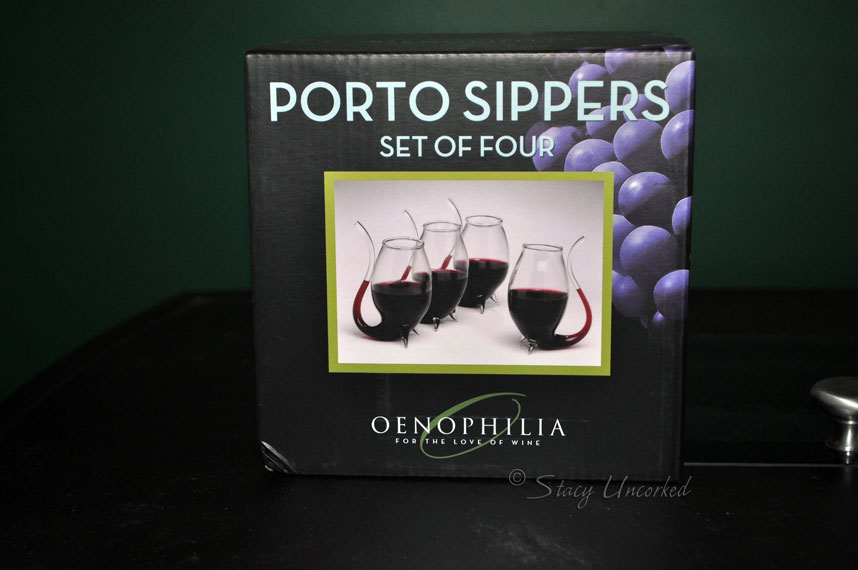 Aren’t those cute? They kind of look like little headless dinosaurs or cats according to Princess Nagger.  And they’re really small – here’s a comparison: 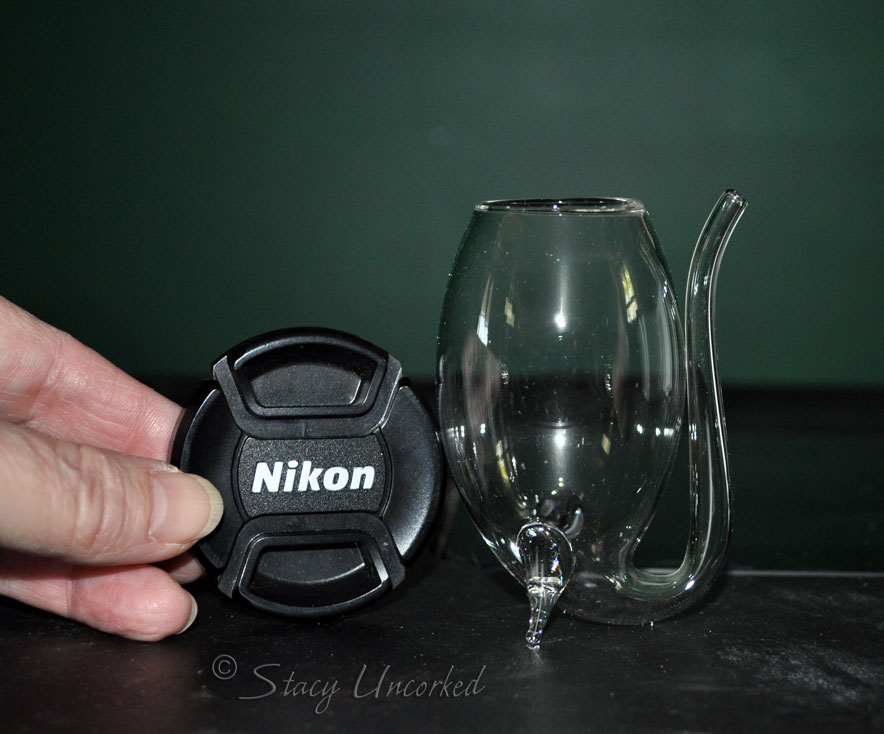 I’m looking forward to breaking them in once the port is ready.  I also picked up some extras for the scheme I’m brewing for my annual birthday giveaway.  You’ll just have to wait for that, though.

In other news… did you know that the 2012 Nobel Prize for Physiology or Medicine was awarded to Sir John B. Gurdon for work that revolutionized the understanding of how cells and organisms develop?  What’s interesting is the image found online of his high school report card:

So those of us with uniquely intelligent children could very well have future Nobel Prize winners on our hands. 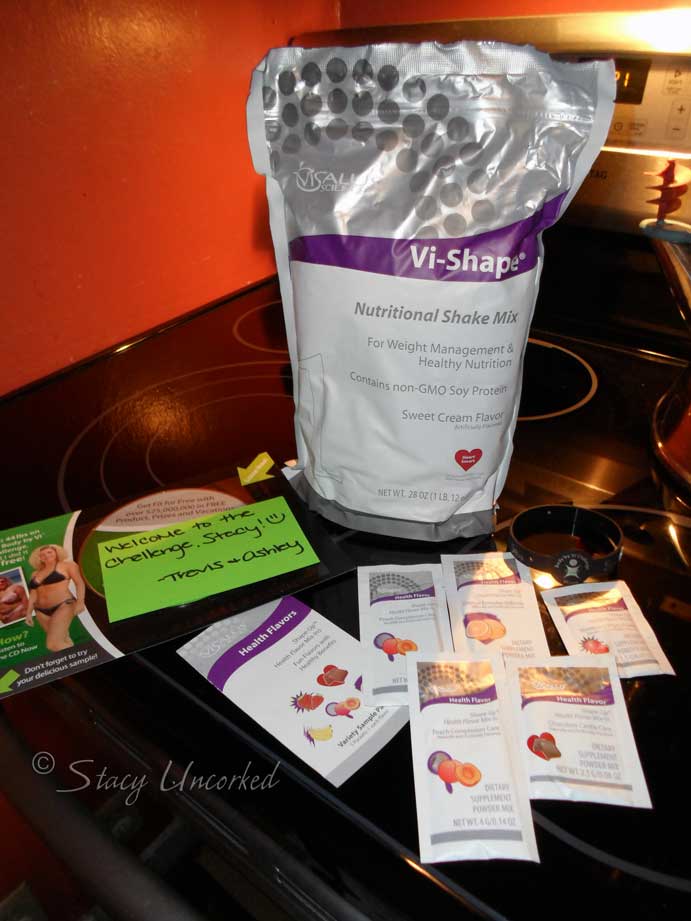 Week four was a bust, what with not having power and having to throw out all the fresh fruit I had gotten right before the storm hit – though not technically a bust since I didn’t gain during the week, but we’ll just count last week as the challenge being on ‘pause’ since I didn’t have anything to mix the shake mix in, and we’ll count this week as week four.

Edited to add:  I forgot the original title of this post referred to an update on Princess Nagger’s upcoming birthday, but edited it out completely to save for next week since it was making this post way too long. Sorry for the confusion.
.