Another weekend gone in a flash. Has anyone figured out how not to blink, or found the pause button yet?  I have a feeling this week is going to go by too fast, too – in part because it’s Princess Nagger’s birthday on Thursday and I have a lot to get done between now and then to surprise her on her actual day.  Must. Not. Blink.

Meanwhile, today is Monday – if you’ve loaded up your coffee cup (or whatever beverage of choice for your Monday Morning) let’s have some fun, shall we?  Our previous Spotlight Dancer Time out for Mom chose today’s fun theme – (best) kids TV show theme songs.  Princess Nagger was happy to help pick out her favorites – though I did have to whittle it down quite a bit or we would have been here all day.

Let’s start off with a show that Princess Nagger was fanatical about, a French animated television series that centers on boarding school students Jeremie, Ulrich, Yumi, and Odd who travel to the virtual world of Lyoko to fight against multi-agent computer program XANA with Aelita. The series features both two-dimensional animation and CGI.

The show was first broadcast in 2004  and ran for four seasons before it sort of just disappeared much to Princess Nagger’s disappointment.  She was ecstatic to find out they are working on a 5th season to commence early 2013. 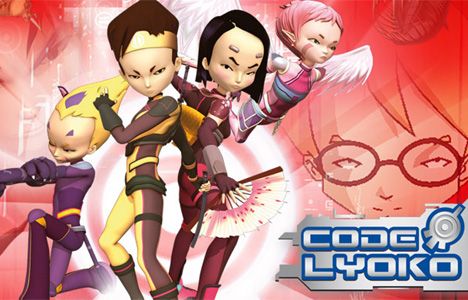 For your listening pleasure, I bring you the theme song for Code Lyoko:

Next up is a show that Princess Nagger absolutely loved – so much so, when she was watching it at the age of 4, the main character was her imaginary boyfriend.  We thought she kept referring to two boys, Ben and Ted, but it turned out in her toddler speak she was just saying Ben 10. 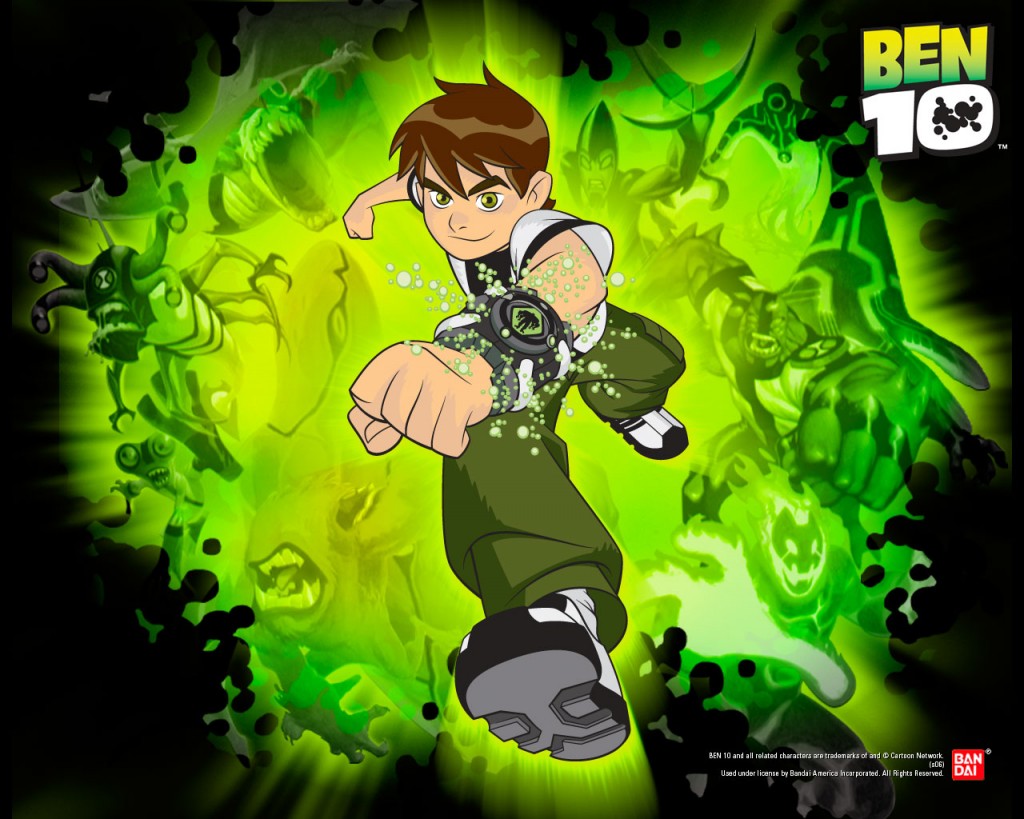 The show is about 10-year-old Ben Tennyson who finds an alien device out in the woods, the Omnimatrix (Omnitrix for short), which allows him to turn into ten different alien species. Throughout his summer vacation, traveling the country in the “Rust Bucket” with his Grandpa Max and his cousin Gwen, Ben fights crime and evil aliens with his new powers, gaining the ability to turn into six more aliens.

Princess Nagger asked for (and got) a Ben 10 watch for her birthday one year.  She wasn’t interested in the subsequent versions of Ben 10, and will always be loyal to the original.  Here’s the theme song:

Next up is another series that Princess Nagger loved – an American animated television series based on the DC Comics characters of the same name, and produced by Warner Bros. Animation. It premiered on Kids’ WB in July of 2003, with the final episode January 2006, and the film Teen Titans: Trouble in Tokyo serving as the series finale which bummed Princess Nagger with the end of a beloved show.

She was ecstatic, though, when she heard the news that the series will be revived in 2013 – she can’t wait.  It was always hilarious listening to her at a very early age singing the theme song – I caught her rewinding it over and over again until she got the words just right. 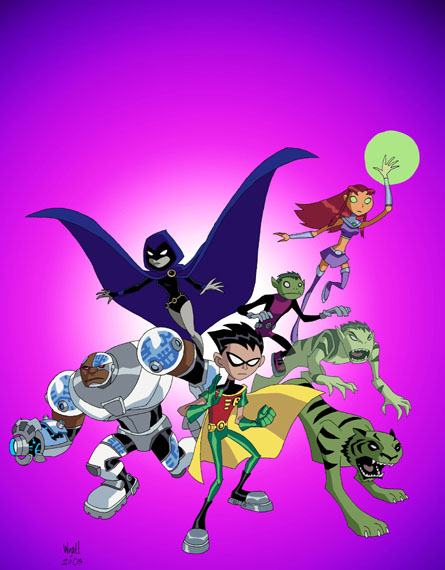 Another show that even I enjoyed watching with Princess Nagger is an American animated television series about a teenage crime fighter who has the task of dealing with worldwide, family, and school issues every day. The show is action-oriented, but also has a light-hearted atmosphere and often lampoons the conventions and clichés of the secret-agent and action genres. Figured it out yet?  It’s Kim Possible. 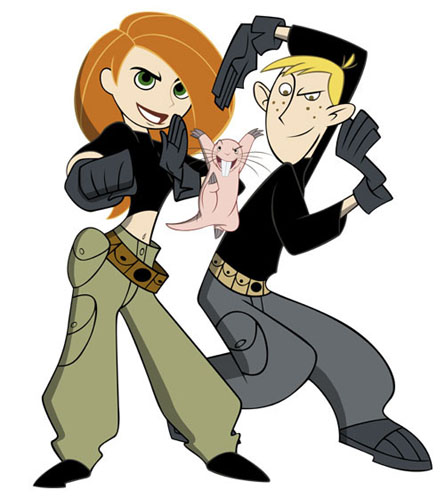 Graduating to shows that mirrored Princess Nagger’s growth rate, she started moving away from cartoon shows and what would probably be considered ‘kid-themed sitcoms’. One of her two main favorites is Victorious (stylized as VICTORiOUS), an American sitcom on Nickelodeon. 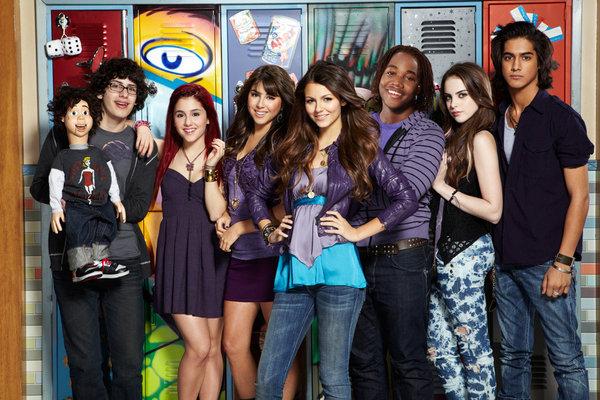 The series is about singer Tori Vega, a teenager who attends a performing arts high school called Hollywood Arts High School, after taking her older sister Trina’s place in a showcase while getting into crazy situations on a daily basis.  Here’s the excellent theme song for Victorious:

Last, but certainly not least, Princess Nagger’s all-time favorite kid sitcom (confession time, both the hubby and I like watching this with her, too) is iCarly.  It’s an American teen sitcom that focuses on a girl named Carly Shay who creates her own web show called iCarly with her best friends Sam and Freddie.  Princess Nagger is hoping to visit iCarly at her apartment since it’s set in downtown Seattle – she’ll be disappointed to find out it’s not really there. 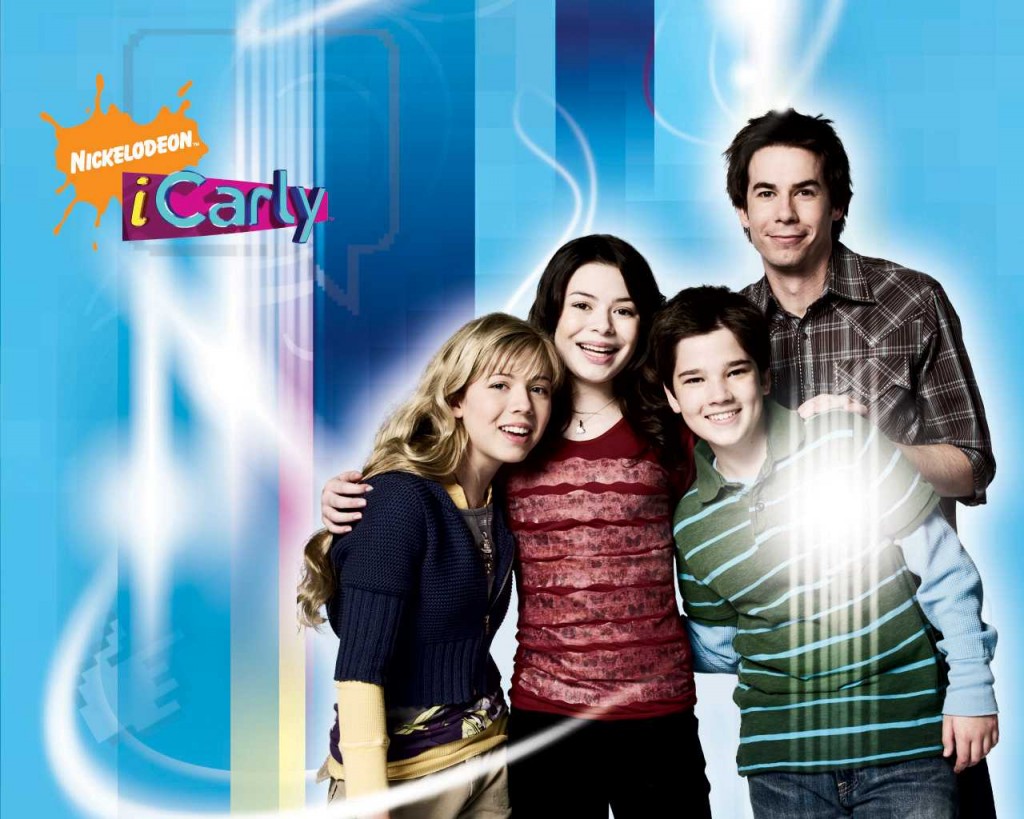 Sadly, this is the last season for iCarly – the final episode will air on November 23rd.  There are already a couple of spin-off shows planned – I for one would love to see where Miranda Cosgrove lands next.  Here’s her theme song, sung by Miranda and her TV older brother Drake Bell from Drake & Josh:

INTRODUCING OUR “SPOTLIGHT DANCER”:
Jolene – With A Little Help From My Friends

17 thoughts on “Code Lyoko and Ben 10 team with Teen Titans and Kim Possible to be Victorious on iCarly… News at 11.”