If you’ve been reading me for a while, you know that Princess Nagger has a thing about dinosaurs.  All dinosaurs almost all the time – with a few detours to dragons and Warrior Cats.  But she always migrates back to dinosaurs.  She’s still debating on if she’ll become a Paleontologist when she grows up – it’s between that or the next Taylor Swift.

A couple of weeks ago she was all excited that he had found a robotic dinosaur on eBay that she really, really wanted, so I decided to go ahead and get it for her as an early birthday present.  I snagged it for way less than it originally cost brand new (way less), though I have to say I was extremely disappointed by the way the seller packaged it to ship.  The box wasn’t big enough, so it had gaps and bulges all over: 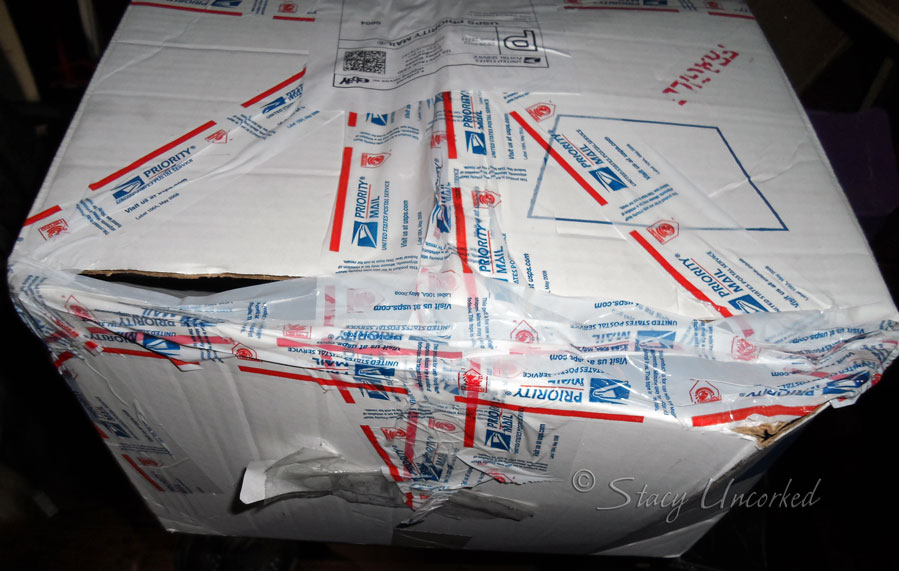 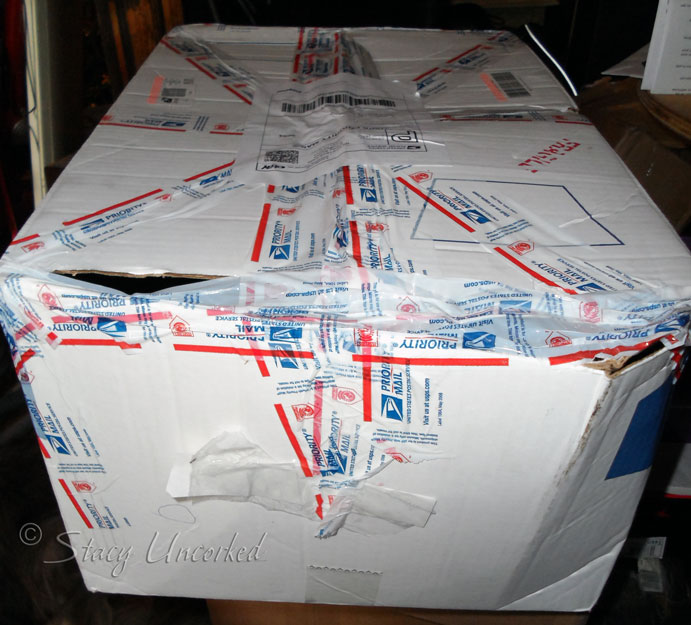 The tail was even sticking out of one side of the box: 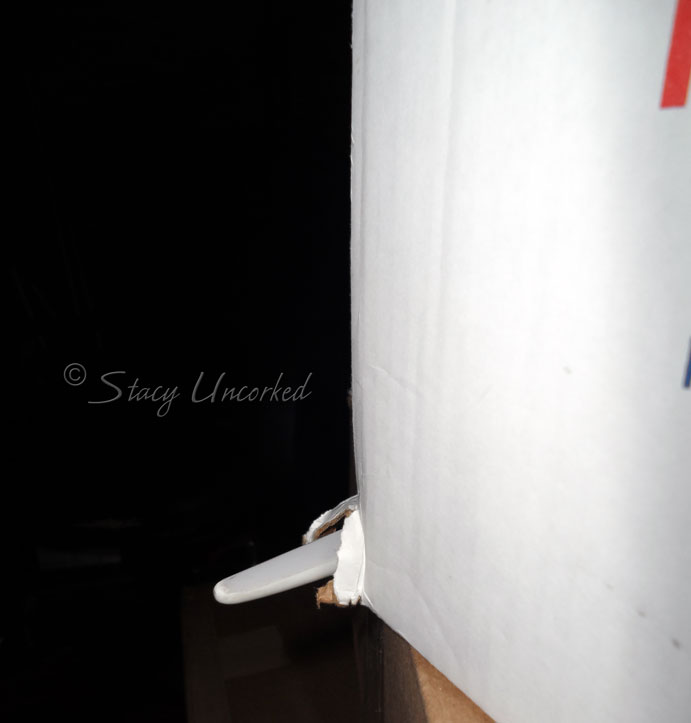 When I opened the box, this is the sight that greeted me: 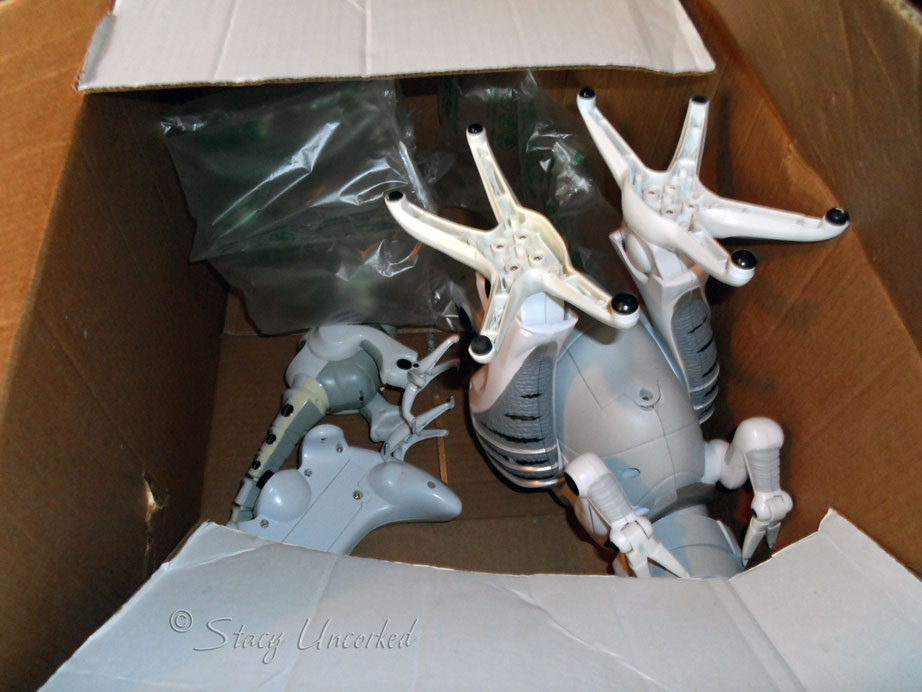 No padding, just shoved in the box.  The roboraptor was too long for the box, so in addition to its tail sticking out of one end, his head was twisted to the side: 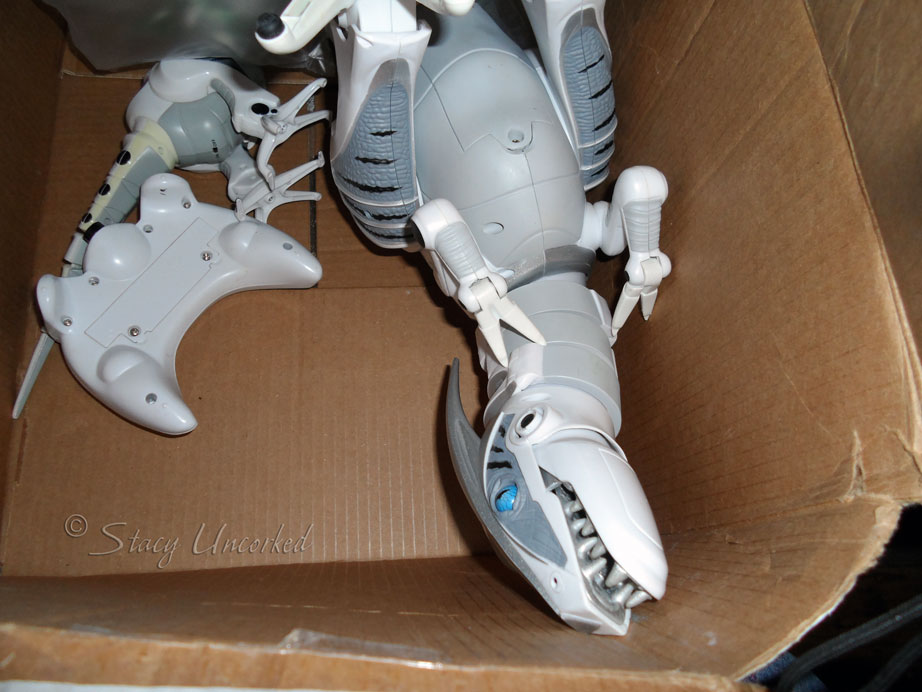 There were some air pockets thrown in almost as an afterthought – the large raptor, remote and smaller raptor made the journey with no protection just rattling around in the box: 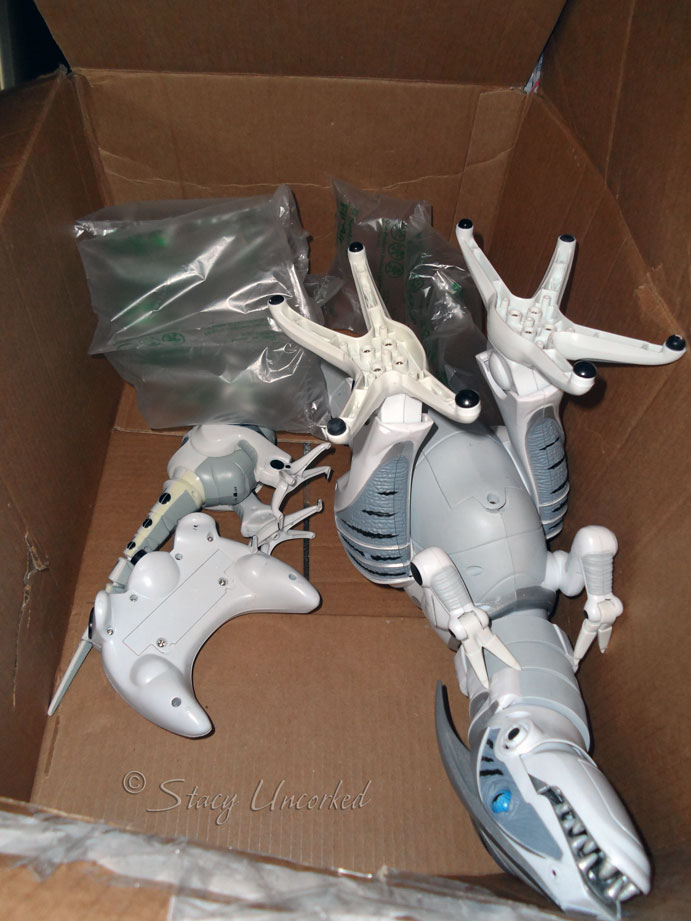 Crazy, right?  Luckily it turned out OK after I had to tweak the poor thing’s neck chiropractor style so he wouldn’t look like a dinosaur version of Quasimodo, and clean the contacts in the battery compartment since the batteries had been left in too long so they leaked.  It also appeared there was cake or pudding residue inside.  Ew.  After all that, though, Princess Nagger was thrilled with her new friend: 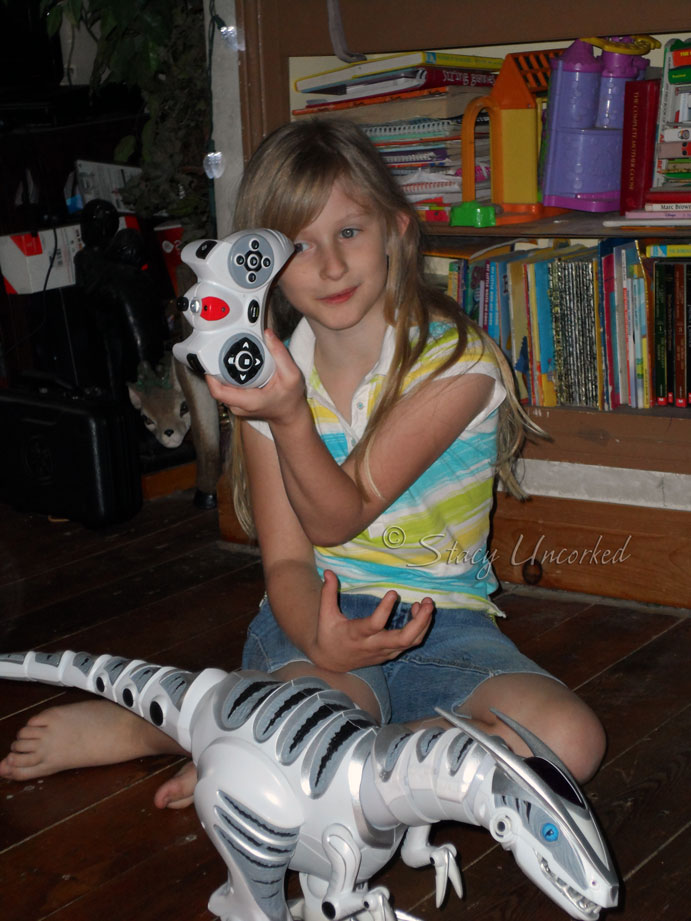 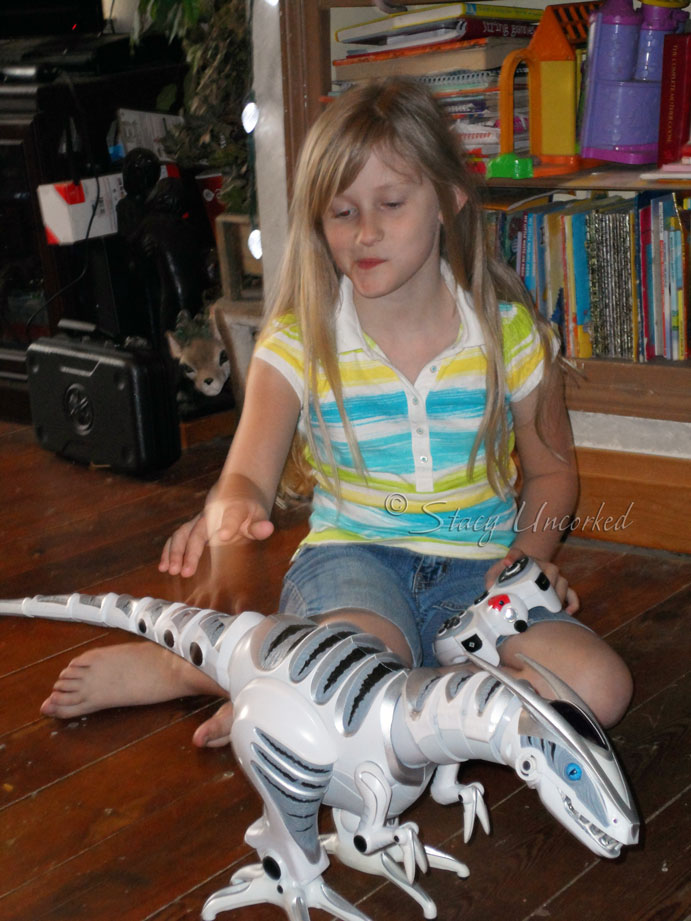 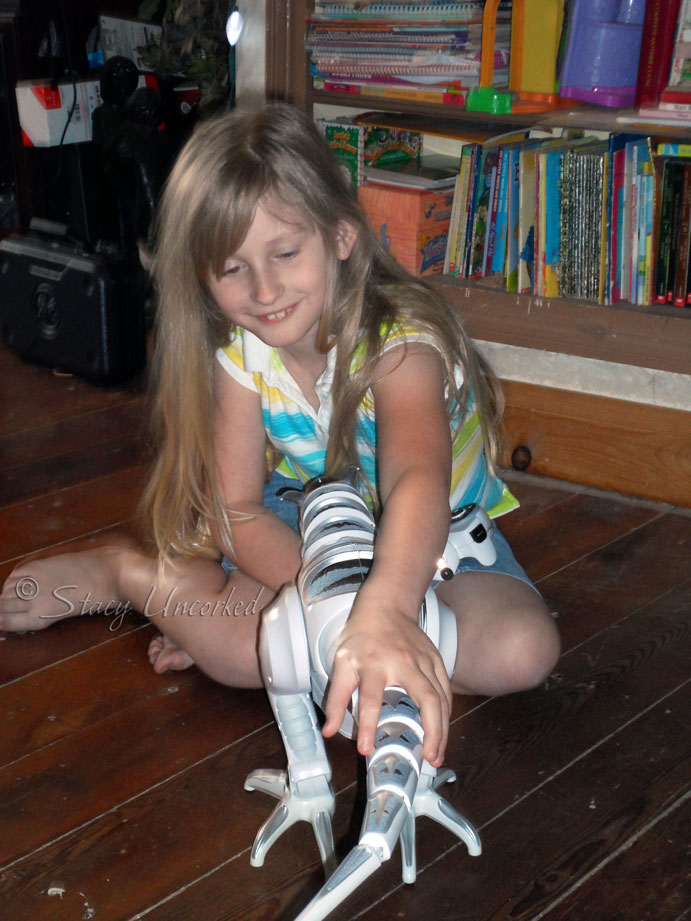 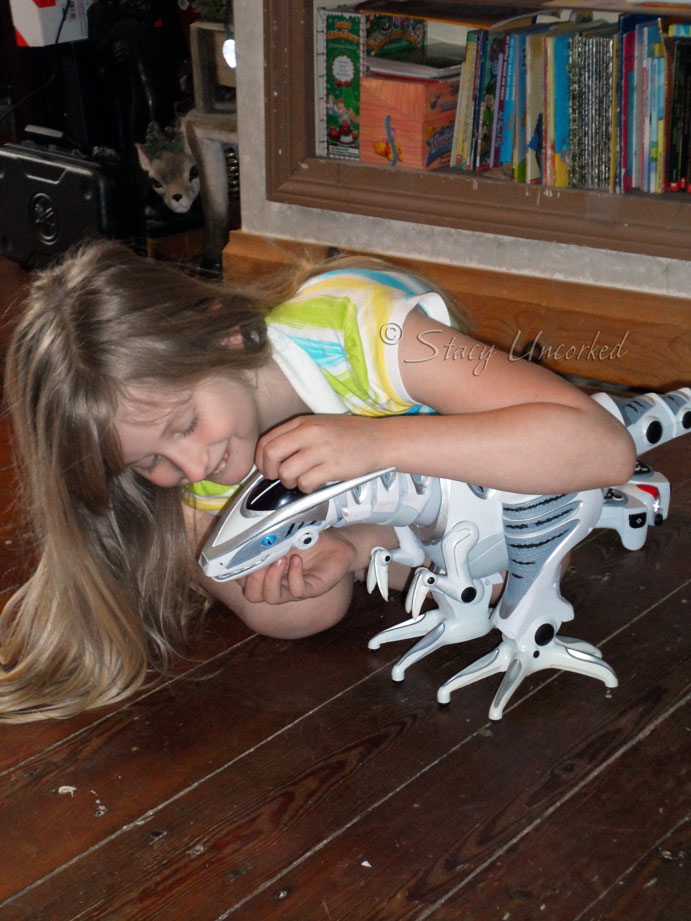 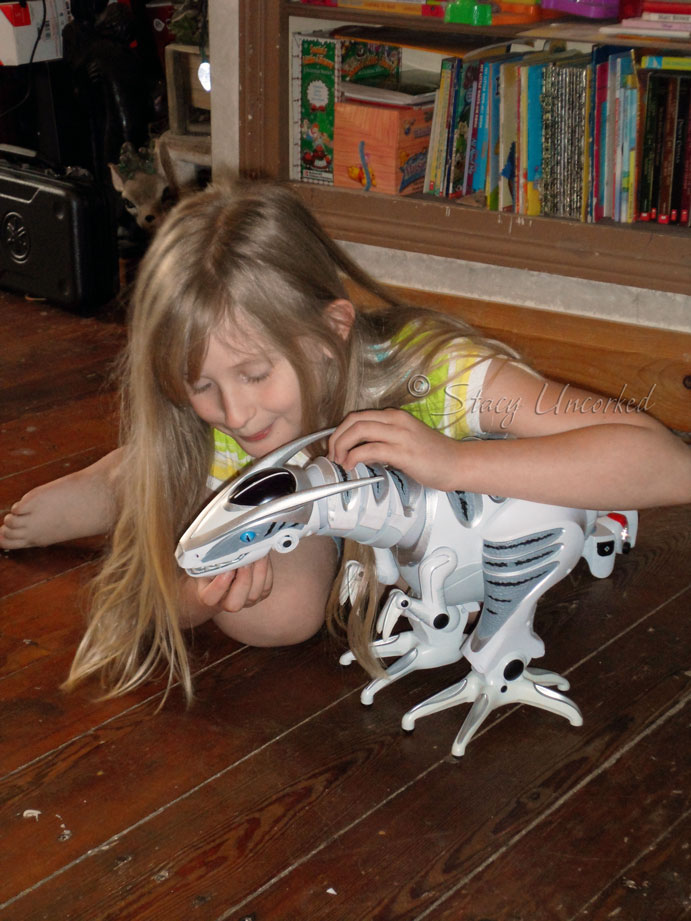 It’s really cool – it has a ‘friendly’ mode and an ‘attack’ mode.  It does all sorts of things, makes all sorts of sounds, and can avoid walking into walls when you give it free reign.  In spite of its rough travel mode, it works great and has entertained Princess Nagger for hours.  She wants to do a video to show you all how cool it truly is, so we’ll have to work on that for you.  Any special requests?