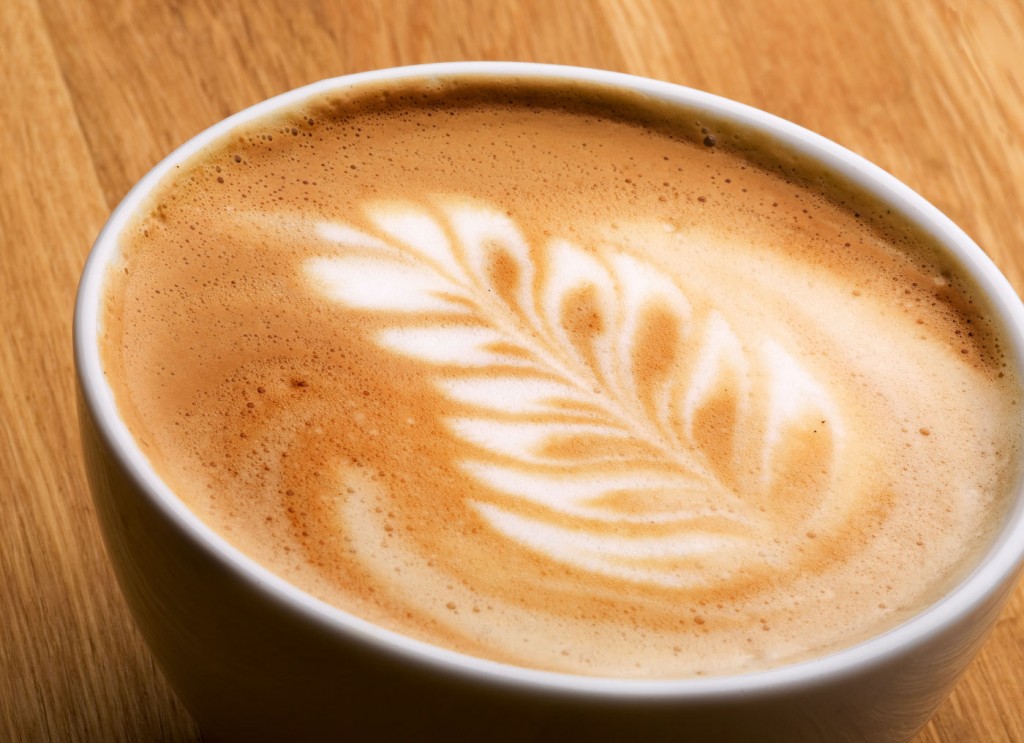 Once upon a time, I didn’t used to be a coffee drinker.  My grandparents and great-grandparents were big coffee drinkers – they’d drink coffee all day long, so any time we would visit, the aroma of coffee always filled the air.  I’ve always liked the smell of coffee, but since they drank their coffee black, when I tasted it I didn’t like it because to me it tasted bitter.

Sure, I grew up in what’s considered the Coffee Capital – Washington State/Seattle area, but I still couldn’t bring myself to drink coffee.  Until I started working at my first office job.  I always got into the office at least a half-hour early since my commute from Bellevue to Burien could be tricky on most days, and I didn’t want to take a chance on being stuck in traffic and late to work.

Every morning someone would have the big industrial coffee machine working its magic, filling the office with the rich aroma of fresh brewed coffee.  Sometimes I’d be the first one in and get the beast working out of consideration for my coffee-loving coworkers.

There was always a group of people that would gather in the break room chit-chatting about life or the previous night’s football game (I learned everything I never wanted to know about football during those years) while waiting for the last drop to fall so they could fill their eclectic mix of coffee cups and mugs, some doctoring theirs with cream and sugar.

Day in and day out the heavenly scent of coffee would assault my nostrils until I finally decided it was time I gave it a try, because if it smells that good, it must taste good, too.  Not so much.  So I did what any normal determined person would do, I dumped a packet of hot chocolate into my cup of coffee instead of adding cream and sugar.  Not only was my very first cafe mocha created, but I was henceforth hooked.

I’ve never able to choke down black coffee, though, I always have to doctor it up with flavored creamer – my favorite being French Vanilla.  The hubby is an avid coffee drinker, too – I had to learn early in our relationship that while I’m a morning person, he’s polar opposite – until he’s had his first cup of coffee.  You don’t want to talk to him until after he’s had his first cup of coffee, because he needs that caffeine shot to clear his foggy morning brain or he can be quite the grump.

As a special treat I like to indulge in a Starbucks latte – usually one that is flavored like Vanilla or White Chocolate or Chai Tea, or their summertime deliciousness of coconut or their Holiday special of eggnog.  But some days it’s nice to have just a nice simple latte.  But it’s not so simple to take a quick drive to Starbucks to indulge when you have a persnickety 4 year old at home thwarting any best intentions.

But there’s good news – Starbucks has recently come out with their own version of a coffee/espresso/latte maker so you can make them right at home.  I’m not being sponsored to tell you about this, but I do now finally have something I can put on a list for the hubby as a possible birthday or Christmas present, specifically the burgundy Verismo: 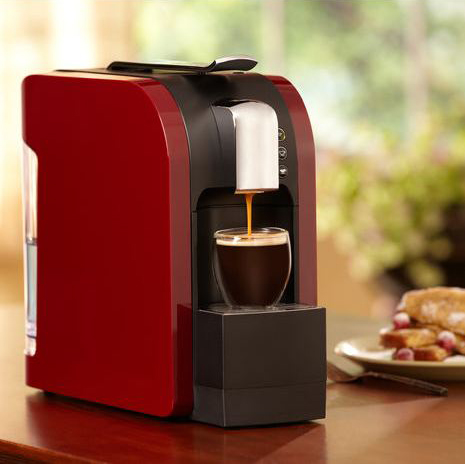 Isn’t that pretty?  You can actually make an honest-to-goodness Starbucks latte with a milk pod and everything.  Check them out here – they do have other colors, of course.  And they’re doing their first ever Pinterest Contest so you can try to win one – I’m entering, because then the hubby can get me something other than an appliance with a plug attached (there’s an amusing story behind that – I’ll have to share that next time).

What gets your motor running in the morning – coffee, tea, soda, water or nothing at all?

27 thoughts on “Get Your Motor Running”