There are only 12 days until Halloween.  Pretty crazy how fast time is flying by.  Of course the most important part of Halloween is what the kids will dress up as, right?  Although to them, what’s important is not only what they’ll dress up as, but how much loot they’ll score when they go out trick-or-treating.  Priorities, you know.

When Princess Nagger was younger, I was able to talk her into dressing up all cutesy and adorable, like the first 3 years of her life she was a cute little ladybug: 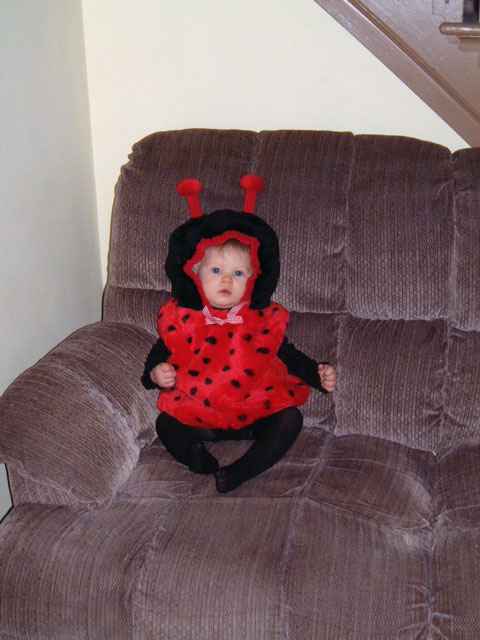 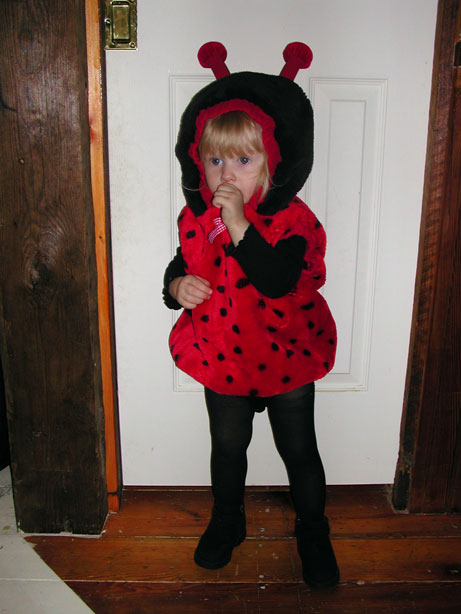 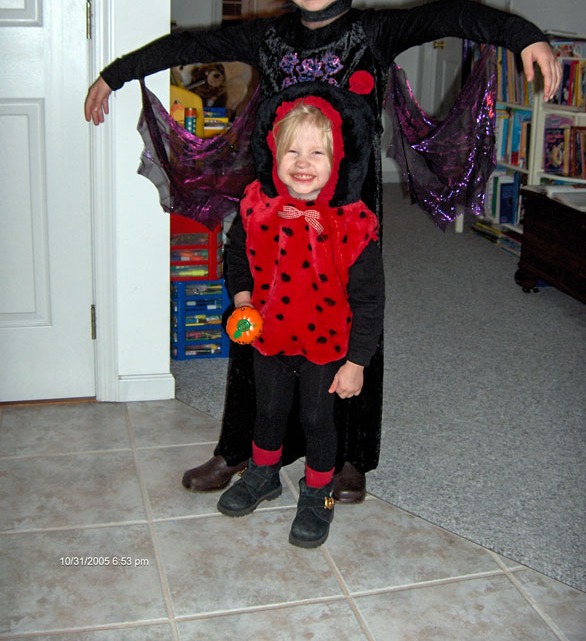 Yes, I realize that by the third time wearing the same costume it was pushing the limits as it didn’t quite fit that year.  But she didn’t care.  Of course the next year, when she was turning 4, she was obsessed with Teen Titans and wanted to go as Raven: 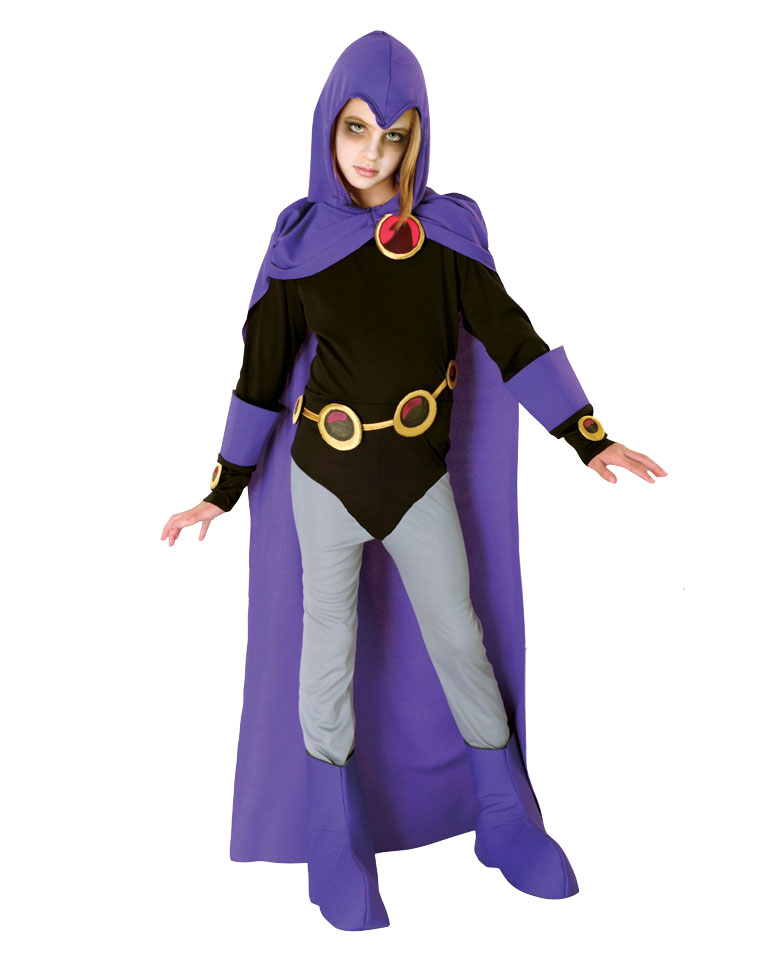 For some reason I can’t find any pictures of her in that costume, hence the stock/model photo instead.  I didn’t do any makeup on her like in the picture, and even if I had, no one was very familiar with who Raven was, so she pretty much was incognito that night.  She still scored some great loot, though.  The next year I talked her back into cutesy, with a Forest Fairy costume: 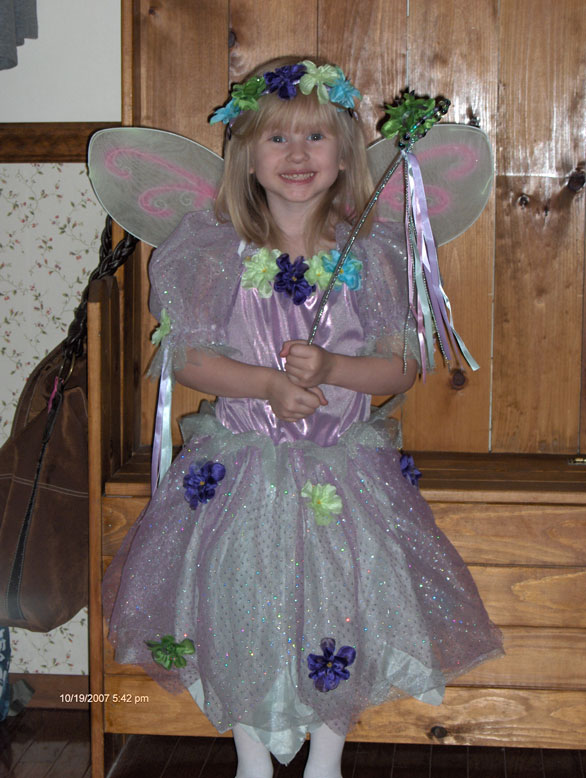 Which she then wore again two years later (since she couldn’t make up her mind and we ran out of time – but it worked): 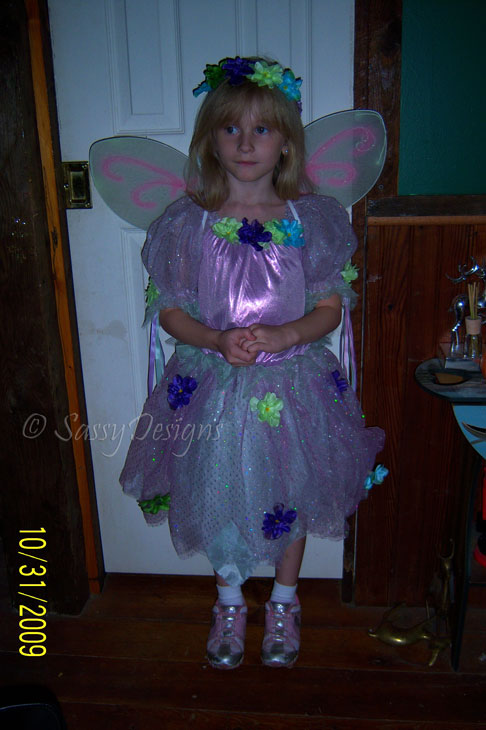 In between her Forest Fairy years, she wanted to be a  Pirate – leave it to me to find a ‘cute’ vs. ‘scary’ pirate costume: 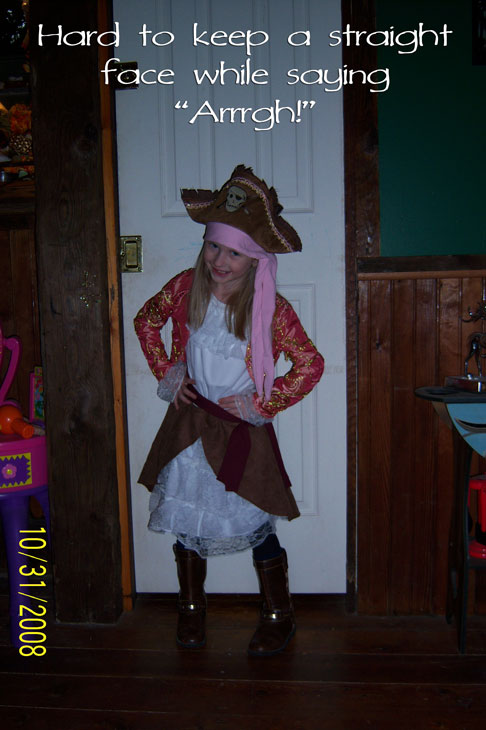 It’s funny how it’s sort of evened out over the years of her dressing up as an animal vs. human, since the other final years in her repertoire she dressed as Soren the owl (from Legend of the Guardians): 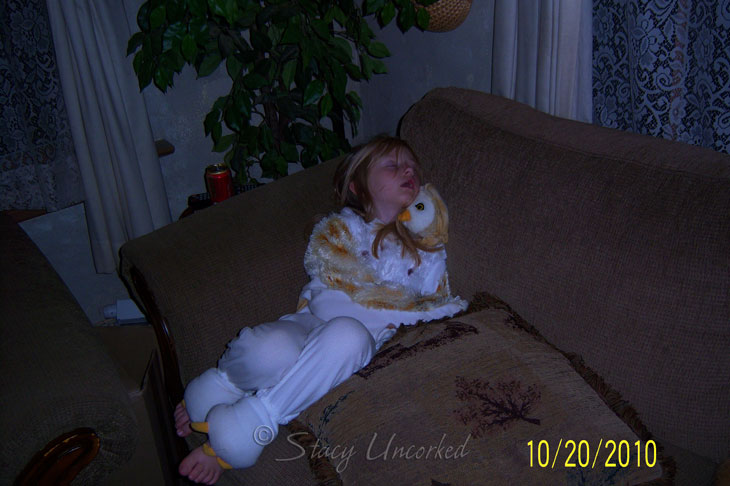 And last year she dressed up as a big yellow Angry Bird, while Little Dude, freshly added to our family unit, opted to go as Lightning McQueen: 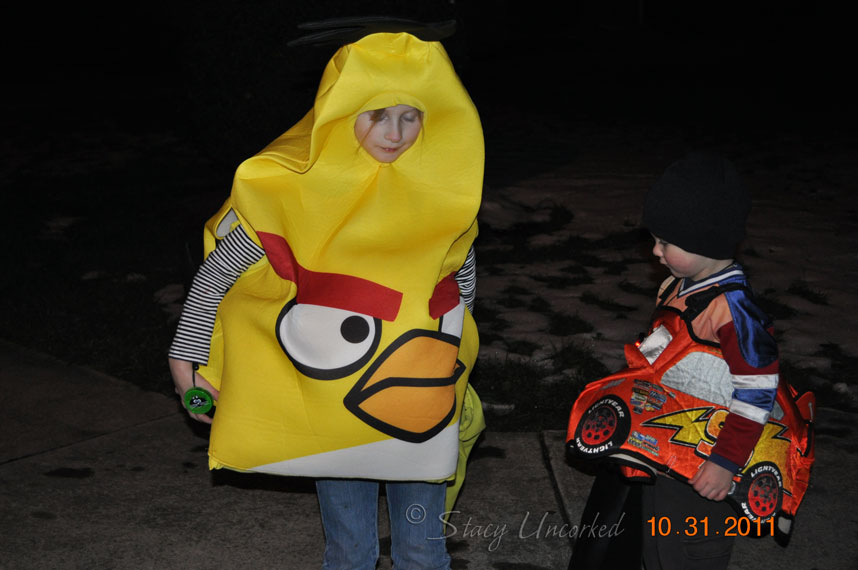 So what about this year?  I’m glad you asked.  Little Dude wants to go as Lightning McQueen again, and since his costume was a little too big for him last year, he’ll be able to wear it again this year.  I do want to see if I can figure out how to keep it in 3D form, as it kept collapsing as he went door-to-door last year.

Princess Nagger has finally made a decision on how she would like to dress up this year, and it will probably come as no surprise to many of you who she’ll be: 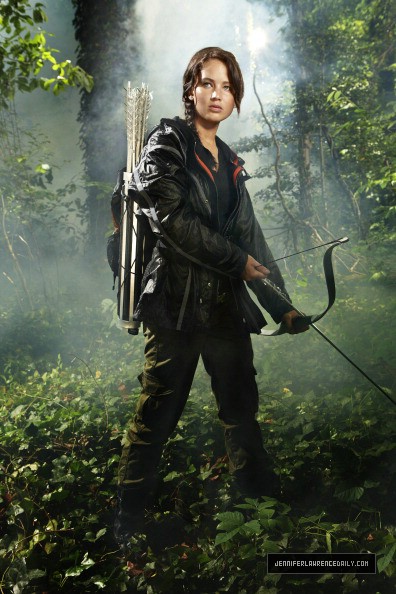 I talked her out of having a Hunger Games themed birthday party for this year, but compromised by agreeing to let her dress up as Katniss for Halloween instead.  I’ve gotten almost all of the pieces for her costume so far – the official jacket, a zippered hood (that I need to add red trim to), cargo/military pants, boots and the Mockingjay pin.

I ordered a long brown wavy wig that I can do the side braid on rather than using a temporary dye in Princess Nagger’s hair to make it brown.  She did not want to go as a blonde Katniss, because she wants it to be authentic.

She has a bow and arrow set, a nice wooden one – but she wants me to paint them silver to match the bow and arrows in the movie.  I’m debating on doing that, or getting a cheaper/non functioning set to paint silver since she really only needs it as a prop, not to do target practice out in the Back 40.

I’m thinking I should get a plain black backpack and put District 12 on it for her to carry and collect her loot in – what do you think?  I’m thinking the traditional pumpkin or tote bag or pillow case might negate the ‘authenticity’ Princess Nagger is going for.

If you have kids, do they trick-or-treat?  If so, have they decided what they’re going to dress up as?  If you don’t have kids, do you dress up for parties?

23 thoughts on “Dressing Up for Halloween”