I mentioned in April 2011 that the hubby finally acquiesced and joined ‘modern technology’ by signing us up for a family plan with AT&T and picked up some SmartPhones for us to replace our previous DumbPhones.

We opted to go with Android – Samsung, to be exact, since we have a good track record with our other Samsung products and that ‘good track record’ computes to loyalty from us.  Of course way back then it was the first edition of the Galaxy, also known as the Captivate: 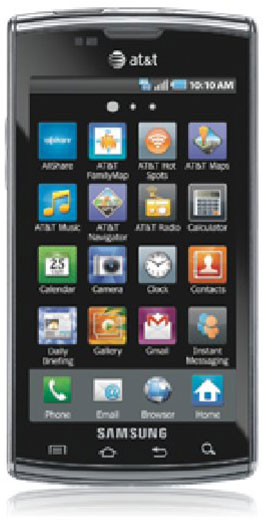 They’ve served us well, with the exception of me updating the firmware on my phone a few months ago and now my phone needs to be rebooted daily by popping the battery out, and even then it acts wonky and definitely not as reliable as it was before.  Very annoying.  When I was at BlogHer I chatted with the Samsung reps there, and the only solution they had to offer was for me to get a new phone – since mine is now, after a year-and-a-half, the old version.

If the budget could handle it, I would love to get the newest version of the Galaxy, the Galaxy S III: 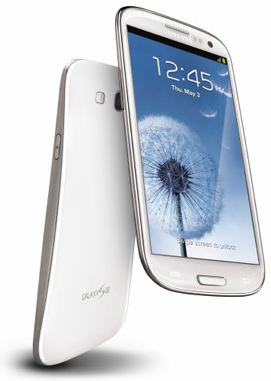 It’s thinner and more lightweight than my current phone, and does a lot more than mine does as well.  I’ve also thought about getting the Samsung Galaxy Note, which is more like a combo phone mini-tablet (even though I already have the Samsung Galaxy Tab 10.2) but having a phone that doubles as a tablet would be cool: 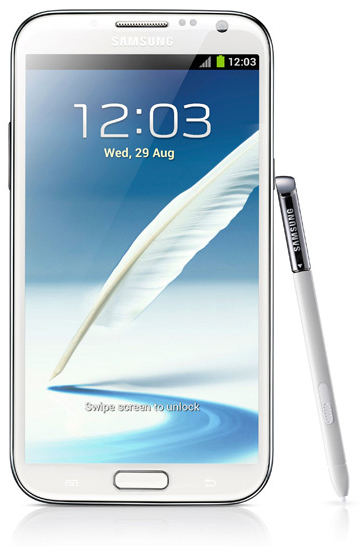 Regardless of which phone I decide to upgrade to, I have a slight conundrum.  AT&T hasn’t been all that reliable as a service – getting cell signal when we really need it has been iffy at best.  Even here at home, I have one signal bar.  One.   If I use it to talk to anyone, it’s crackly and cuts out, so I don’t bother.  Sometimes it’ll be the next day before I get a text message – because the signal drops more than not.

We will be eligible for a free phone upgrade in November – though I’ll be curious to what that really means – a phone they decide would be part of the ‘free upgrade’ or a phone we want?  But in the meantime, we’ve been talking about looking into other phone services – Verizon, T-Mobile…anyone else besides AT&T.

Since the ‘free’ upgrade means we’d be signing another 2-year contract with AT&T (and we might have to pay something to get the phone we want), we’d also subjecting ourselves to their less than stellar coverage.  Maybe we’d be better off signing a 2-year contract with an alternate service instead.

Who do you have for your cell phone service?  Are you happy with their coverage?

18 thoughts on “The Smart Plan”