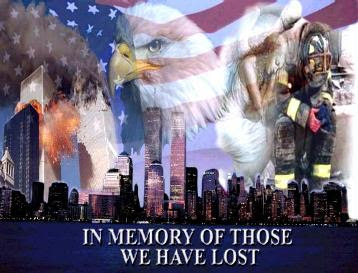 Today marks 11 years since those terrible events unfolded the morning of September 11, 2001.  It was a surreal day for those of us who weren’t in the thick of it, worrying about those who were.  Those of us old enough to remember (it seems so weird to say that – but after 11 years, there are those of you who were probably too young to remember) where we were and what we were doing at the time it was all happening.

That day was a day that I normally started work at 9am, so when the first plane hit I was walking from the parking lot to the building, completely oblivious to what was occurring right at that moment.  When I got to my desk and started the process of booting up my computer and organizing my ‘to do’ list for the day, there was a big commotion throughout the building so I went up to where we usually gleaned all our information – the receptionist desk.

People were freaking out, talking about a plane hitting the Twin Towers in New York – I thought it was a bad joke, or that someone in a small plane had either miscalculated or had a medical issue.  Just as we figured out it was a commercial plane, the second plane hit the other tower.  We all scrambled to our desks to check out the online updates, then someone had the idea to turn on the TV in one of the conference rooms where we all gathered to watch the events unfold.

Half hour later we were further shocked to learn about the plane crashing into the Pentagon, followed less than twenty minutes later the plane intended for the Capitol crashing just 120 miles West of us.

We had a big media event set up for that day – even the Governor of Pennsylvania, Tom Ridge, was scheduled to attend and give a speech.  The outside grounds were decorated colorfully, the tents filled with chairs and tables loaded with catered food waiting for the guests to arrive.  The guests who never did, because obviously the big event had to be canceled.

Governor Ridge was needed elsewhere (and subsequently a month later resigned from Governorship to take on the duties of the newly created position at the White House as Director of Homeland Security).

Appointments that were scheduled throughout the day were either no-shows or canceled.  The employees alternated between gathering in the conference room to watch the news, sitting at their desks to check for updates, or frantically trying to make calls to friends and loved ones in the locations of the attacks.  Time stood still.

In the subsequent days, the sky was eerily quiet, as all planes had been grounded.  Hours were spent watching coverage on TV, hoping and praying survivors would be found in the collapsed buildings.  People reached out to help in any manner possible; traveling to New York to help with the efforts, or donating blood.  Multiple calls were made to friends and family, reconnecting after too much time had passed, promising to stay more connected since we were reminded that anything can happen when we least expect it.

We will never forget. 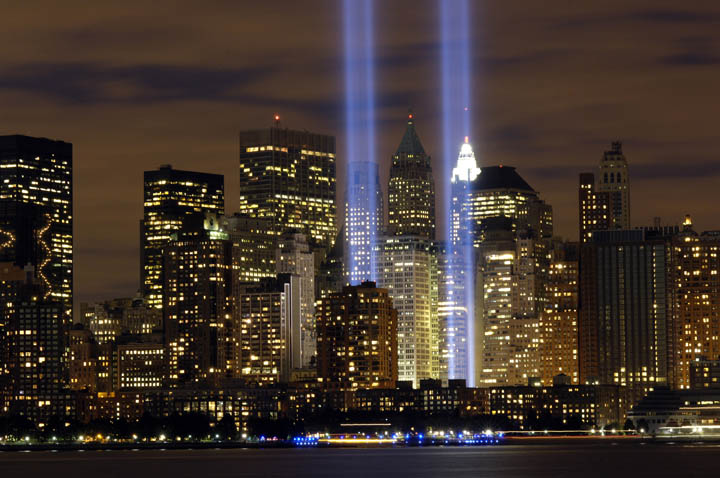 What you were doing the day time stood still?

As you can see, I decided not to do a ‘regular’ Random Tuesday Thoughts Rebel post today, but please do link up if you have – or even if you haven’t, I’d still love to stop by for a visit.

19 thoughts on “September 11th: The Day Time Stood Still – We Will Never Forget”