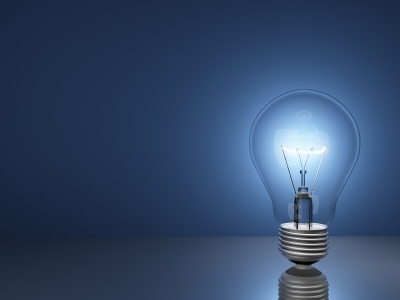 The Power Company, also known in these parts as Met-Ed (First Energy), pulled a power play on us last week.  Last Tuesday, as a matter of fact.  Just as I was getting ready to fix Little Dude a hot breakfast and get myself a cup of coffee to get started on visiting all my RTT peeps, the power went out.

Normally we expect a power outage when the weather is wild and crazy, and once in a blue moon it’s gone out on a perfectly sunny day like last Tuesday was, but very rarely.  I heard an odd banging on the side of the house outside the kitchen window, so I started to head out to investigate.  But only got to the back door.

When I opened the back door, there was a 2-page paper jammed into my screen door – it was a notice from Met-Ed that proclaimed: 220;We have shut off your power”.  Apparently they were under the impression that we were in arrears on our bill by two months.  Even though we’d made a regular monthly payment on August 2nd, and it was now only September 11th.

We are on a monthly payment plan to help ease us through those months where we’d be using an atrocious amount of electricity, so it’s evened out over the 12 months instead of a roller coaster amount.  Having the same amount each month is obviously much easier to budget around.

Even though the bill isn’t due until the 10th each month, the hubby pays it online as early as the 1st so he doesn’t forget (he is, after all, the Absent Minded Professor).  He has, in the past, paid it late.  But we’ve never had our power shut off for late or non-payment in the 12+ years we’ve been a customer.  Until now.  For technically being one day late on our September bill.  Without forewarning, no notification – absolutely no contact from Met-Ed at all.  WTH?

I tried calling the hubby at work, which took over an hour to accomplish since he was teaching class – I needed clarification from him since he pays the bills and I had no idea what had been paid and not been paid, all I had to go on was the paper the power company left tucked in our back door.  The hubby called the power company and got it all straightened out, but they still refused to come turn our power back on until the next day at the earliest.

According to them, they are under no obligation to turn power back on for at least 24-72 hours.  Even though they made an error in turning it off in the first place with no warning whatsoever.  Needless to say I was not a happy camper, so I called them and got passed around to several people, until I finally ended up with the rudest most cantankerous customer service person on the face of the planet.

Apparently common courtesy and customer service is a lost art.  At least for those employed by Met-Ed.

She was being extremely rude and condescending to me, practically threatening to make me wait the full 72 hours before getting my power back.  The only way they will restore power the same day they shut it off is if you have a medical condition (that you have to prove by way of a doctor’s note) or if you have an Order of Protection against someone.  Wonder if I could get an Order of Protection against them?

Having small children in your house no longer applies towards the urgent need to have electricity. I simply said 220;Thanks for nothing” and hung up on her.  We were without power – due to Met-Ed’s error – for 27 hours.  And I doubt that they’ll give us credit for the lack of power.  Not cool Met-Ed, not cool.

Have you ever had your power shut off in error by the power company?  If so, how long did they make you wait before it was turned back on?

22 thoughts on “Power Play: The One Where Met-Ed Held Our Power Hostage for 27 Hours”