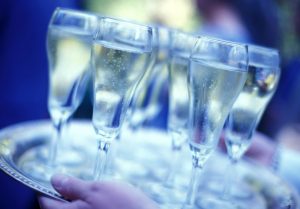 Four Years.  Yesterday, or possibly tomorrow, marks four years that I’ve been blogging. 1,357 published posts, 45 additional in draft form (apparently it’s time to do some housekeeping) for a grand total of 1,402 posts.

The reason I’m a little fuzzy on the actual date is because I’ve had September 8th stuck in my head as the date I started (and celebrated it on that date each year), but looking back at my old posts, it appears that the first ones were on September 6, 2008.  No matter, it’s basically now.

Time flies by, doesn’t it?  Usually I celebrate my Blogiversary with a giveaway, but it snuck up on me this year and I’m totally unprepared for a celebration.  But since I always celebrate with you all for my birthday in a few months, I’ll just combine them instead.  Especially since the next birthday is a doozy.  Not that I’ll tell you what the doozy is.  Just trust that it is.

I started off at Blogger (aka Blogspot) as Stacy’s Random Thoughts and morphed over to WordPress (that was a headache-and-a-half) and changed the name to Stacy Uncorked.  Though you’ll note that the URL never changed, because all this time later I’ve still never figured out how to fix it so my feeds wouldn’t be broken with the new URL, so I just keep paying for both.

So here we are, four years later.  Pretty amazing, no?  And, in an effort to try not to be as wordy as I usually am, let’s move on to this week’s question, shall we?

How long have you been blogging?