Exercise.  For some people, it’s a dirty word.  A four-letter word times two.  Long ago in a land far away when I was single and had no kids (except one fur baby dog and a couple of fur baby cats) I used to be a member of a gym where I’d show up at 5:30 a.m., do my circuit training then head home for a shower and head off to work.

Then the company I worked for added a gym in the basement of the main building, so it made it even easier to get a good workout in before work, since I was already there.  Plus then I was able to sleep in a half hour and get there by 6am.

Then I moved to Small Town Pennsylvania where I’d have to drive at least 45 minutes to get to the nearest gym, so my workouts switched to a myriad of workout DVD’s at home.  That worked fine, I was able to maintain my girlish figure.  Until I got pregnant, that is.

I was not-so-blessed with a slow as molasses metabolism, so I always had to work hard just to maintain a healthy weight.  I’ve already mentioned that running and I don’t get along, so I utilize other options instead.  Being pregnant at an older age really did a number on me, and I’ve been fighting for nine years the urge to just give up and embrace my excess baggage or keep at it and chase it away. Without running, of course.

In 2009 I joined up with the WiiMommies to tackle the excess baggage with moral support and in a much more fun method, considering the genius behind WiiMommies, Julie, had lost 60-pounds simply by using her WiiFit.  I bought a WiiFit and set out to follow her lead, and did stay consistent, but then life got in the way and I got out of sync and out of practice so it went by the wayside and I stalled.

To give you an idea of the type of interruptions that happen whenever I break out the WiiFit, I’ll share some pictures so you can see.  They’re from 2009, so work with me here – the scenario is pretty much the same, save the featured fury baby cat is no longer with us, having crossed the Rainbow Bridge a couple of years ago, and Travis is no longer a puppy.  Though he still tries to take over the WiiFit whenever I get it out: 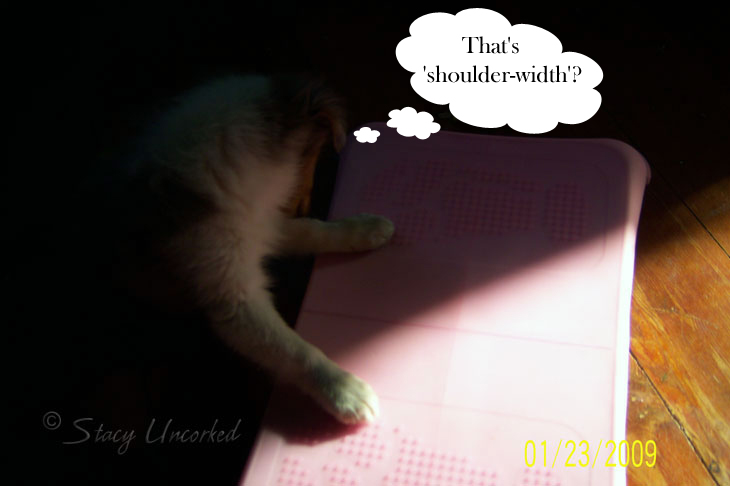 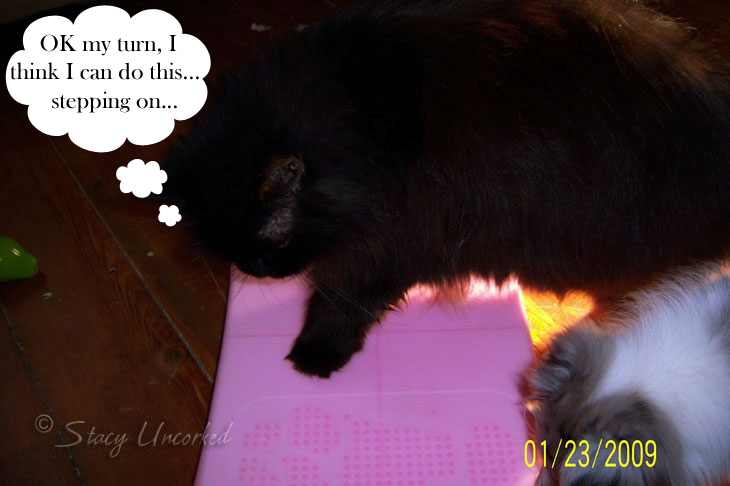 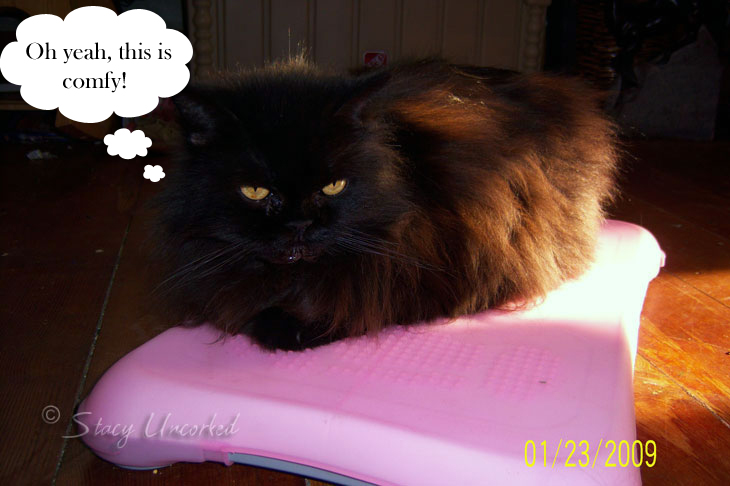 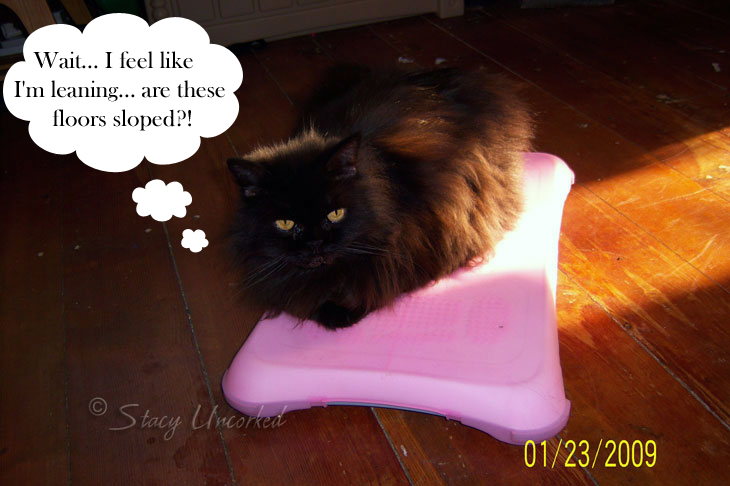 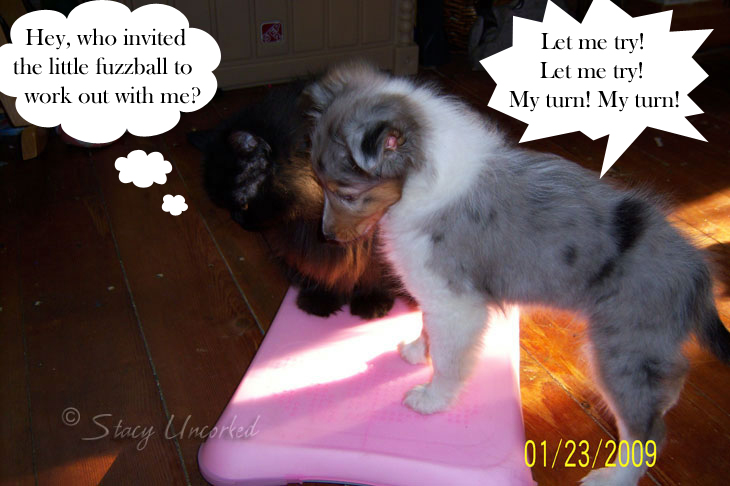 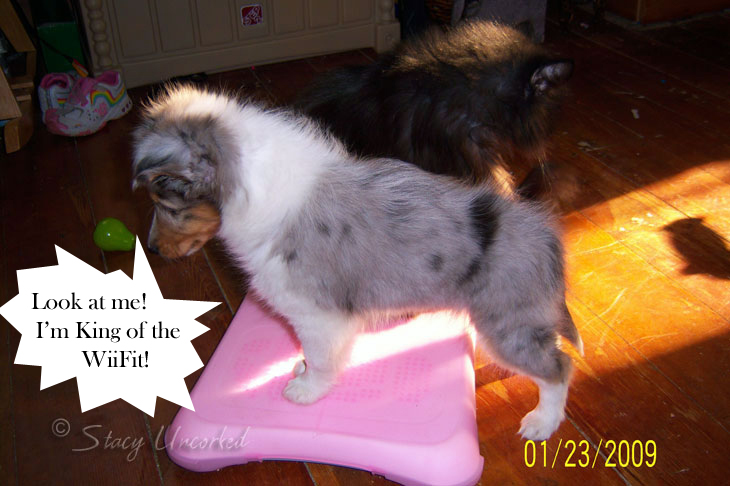 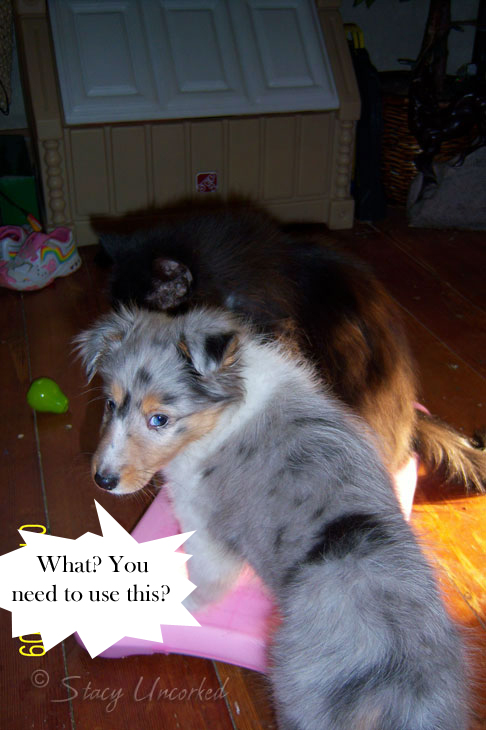 In addition to actually getting off my butt and get moving, I need to focus on really watching what I eat. You know, like this: 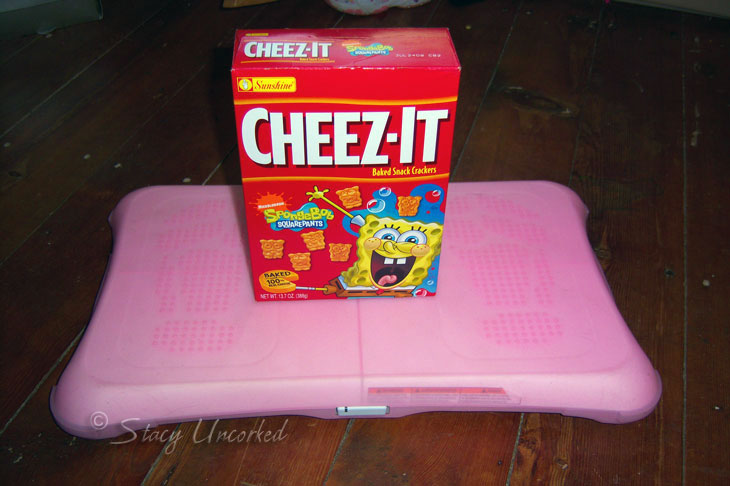 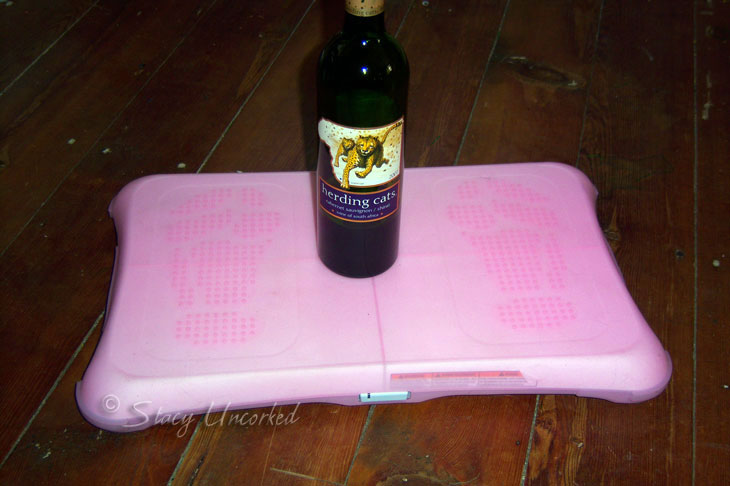 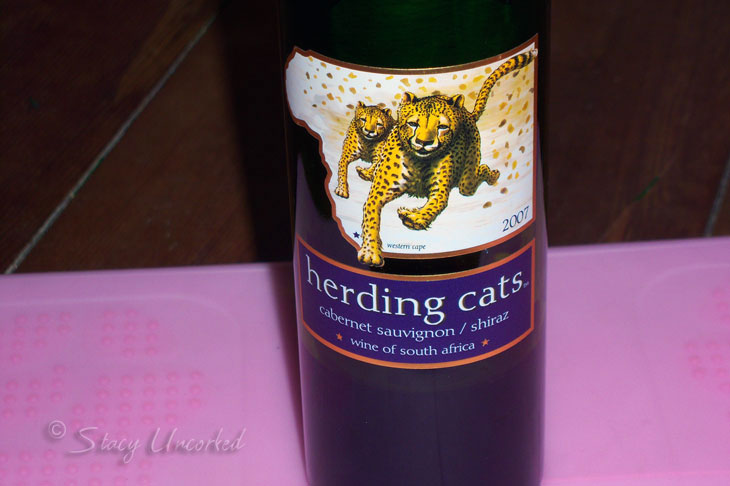 And look – I’m naked on the WiiFit: 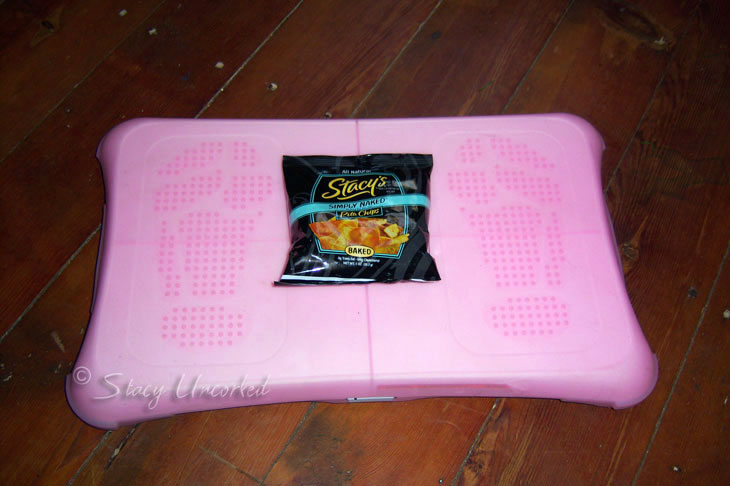 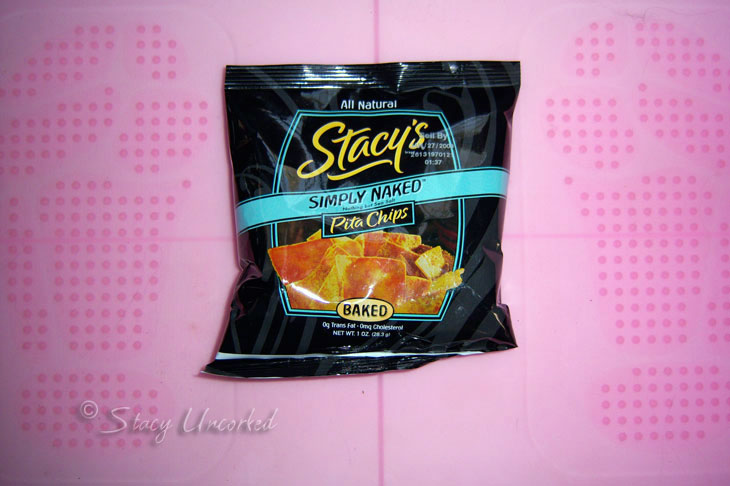 Haha, perverts. But these namesake pita chips are really really good – if you haven’t tried them yet, you must.  Besides, they have a cool name…

What I really need is to do much better with this: 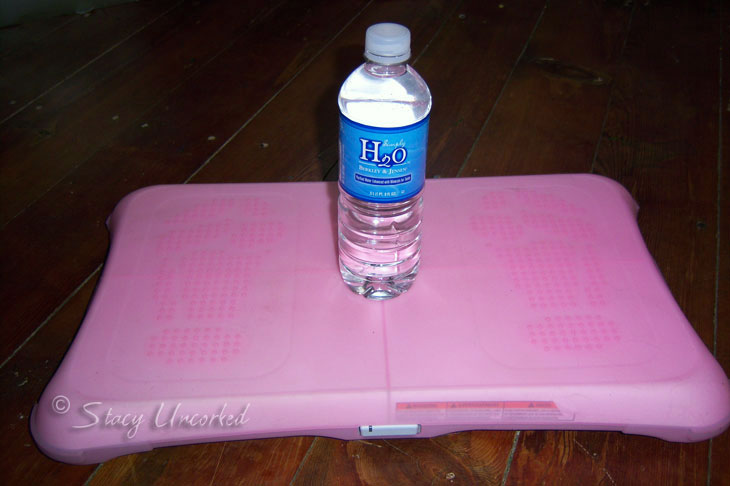 I’m terrible about drinking water, it’s so boring.  It could also be a mental thing (I am mental) because I know I should drink it, therefore I don’t want to.  But I do force myself – when I remember – to drink it, I just need to make sure I increase the amount, because I’m not even getting close to eight 8oz glasses a day – I’m lucky if I get two in a day.  Ahem.  I need to work on that.

Meanwhile, I’m motivated to dust off the WiiFit and I just got Zumba – both the DVD version as well as the Wii version, so we’ll see how that goes.  I figure I’ll get a jump start before the end of the year, so maybe a resolution of getting fit at the New Year will be a no-brainer and not an effort in futility since I’ll already be well on my way.  We shall see.

What do you do for exercise?

This Exercise Spin Cycle was brought to you in part by the lovely Gretchen at Second Blooming, who always looks fit and healthy and I bet exercises like a madwoman. Check out the other Spinners’ exercise routines – maybe you’ll find some motivation, too.  Or you can motivate me.  Whatever works. 13 thoughts on “Exercise in Futility”