I always get thrown off when there’s a three-day weekend, today feels like Monday.  And of course that means by Friday I’ll have crammed five days worth of stuff into four, making it seem like a really long week.  Funny how that works.

If you follow me on Facebook, you would have seen the unexpected visitor I had the displeasure of encountering last week.  If spiders give you the heebie jeebies, you’d best avert your eyes and scroll past this next picture. 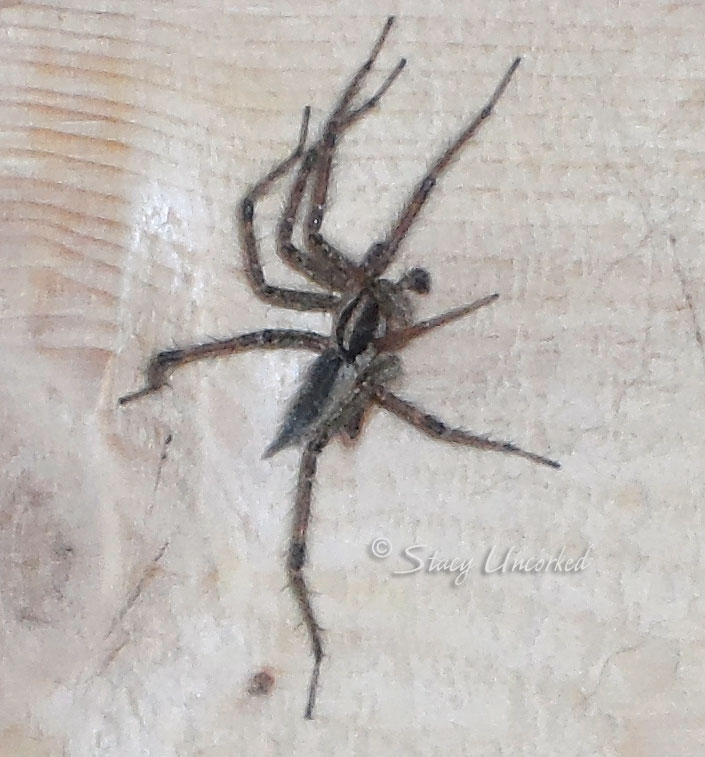 Yes, I did stop to take pictures before going after it with a broom – 10 pictures to be exact.  I wanted to make sure I got a good clear shot while I was wigging out, desperately hoping it wouldn’t decide to jump on me in retaliation for the flash.  After getting grossed out by looking at pictures of spiders, I’m pretty sure it’s a Grass Spider (Agelenopsis species) aka Agelenidae – Funnel Weavers that are harmless (well, they can bite, but they don’t have venom that will cause issues for most of us humans).

Those suckers move fast, as evidenced by my shrieking as I chased it under my desk with the broom. I’m pretty sure I squished it. I hope.  I saw what looked like a curled up spider in the bristles of the broom, so I laid it flat then stomped the living bejesus out of the broom bristles. If it was there, it’s definitely dead. At least the broom is.

In other news…  Princess Nagger is still loving school this year (a big difference from the past two years – I’ve said it before and I’ll say it again, teachers make all the difference) and even though there’s an increase in the homework quantity, she’s even embracing that, like a detailed drawing for a comic strip: 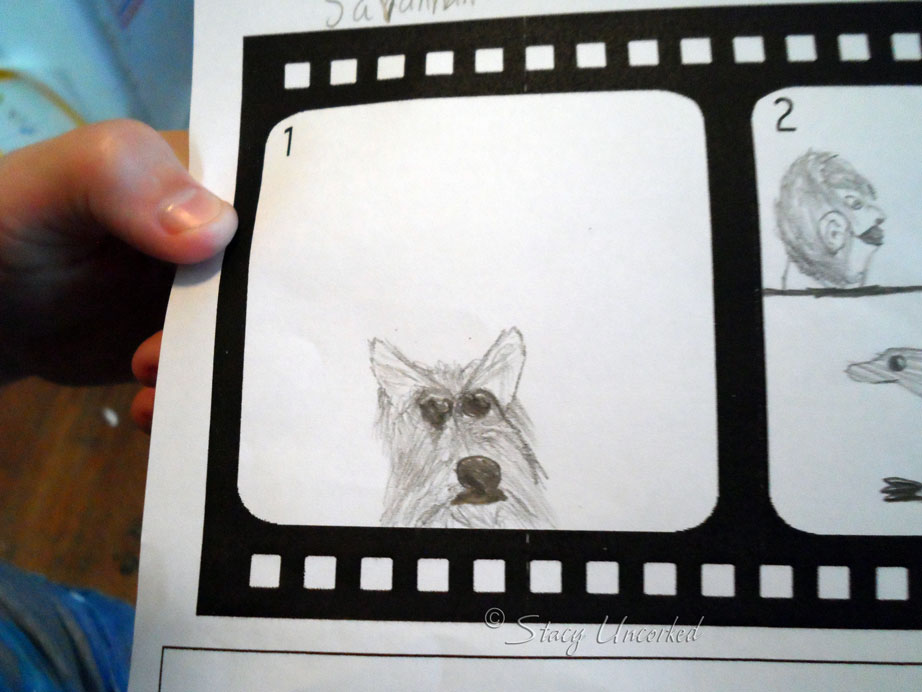 I wish I would have taken a picture of the book she was working from for her homework, because the dog she drew looks identical to the one in the book.

I was called “young lady” at BJ’s last week from someone who is probably close to me in age (unless she looks young for her age, too).  Totally made my day.  Why is it that most of us women don’t like to be called “Ma’am”?  Probably the same reason I’ve told Princess Nagger I never want to be called “Ma”.

There’s a creepy guy at Walmart that always accosts me for a hug – he used to work behind the customer service counter, and has always been overly friendly.  Now he’s working out in the store and if I see him before he sees me, I make a beeline in the opposite direction.  Luckily Target recently remodeled and opened a grocery section so I can shop there instead of Walmart.

The only reason I was still doing half my monthly grocery shopping at Walmart was because they were the only ones in the area (aside from the higher-priced local grocery stores) that carried Vanilla Coke.  They stopped carrying it for some reason – when I talked to the store manager about it, he said it’s up to the Coke distributor to stock a variety.  Which seems odd to me – you’d think the Coke distributor would have to stock whatever the store requests.

Even though the manager said he’d leave a note for the Coke distributor to make sure they stock Vanilla Coke, it hasn’t happened in over 2 months.  So I’ll just save myself the hassle and avoid Walmart like a plague.  It does suck that I have to pay an extra $1.25 per 12-pack (unless it’s on sale) by getting it from Giant instead, and adds yet another stop to my 2-3 store excursion for semi-monthly grocery shopping.

Why do I insist on getting Vanllia Coke?  Two reasons, really – one, because I like it better than regular coke, and two, because the hubby drinks coke way faster than I do, but he happens to dislike vanilla.  Having Vanilla Coke in the fridge guarantees that when I do indulge, there will be some in there for me – if it was all regular, it’d be just my luck that when I wanted to indulge, it’d be all gone.

I have to stash chocolate where he can’t find it, too – he’s a chocaholic but I’m not a big chocolate fan.  I do get a chocolate craving now and again, so I have to have a secret stash in case of emergency.  If the hubby knew where the stash was, there would never be any emergency chocolate. 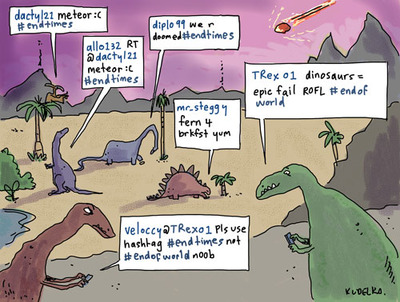 The importance of hashtags.  Princess Nagger not only got a kick out of it being dinosaurs, but using the word ‘noob’ – since that’s her favorite new word instead of ‘dork’.  And with that, that’s a wrap for this week – join in on the fun, random up, link up, hop around and most importantly have fun.