In spite of the fact that Princess nagger is on the cusp of turning into a Tween, she still embraces her goofy fun-loving side.  Case-in-point, she decided to wear her Fox ears to school on Monday (she has a cool fox tail to go with it, but figured wearing that would probably annoy the teacher.  We don’t want the teacher annoyed this early in the game).

When she got home, she was stressing over the fact that we pretty much had to leave for the dentist within 10 minutes of her stepping off the bus.  She also launched into Drama Queen mode, instructing me to not use the “D” word (which usually makes me have the urge to reply in rapid fire, “Dentist, Dentist, Dentist”,  but this time I refrained, because she was on the verge of dissolving into tears).  When I asked how her day was, this dialogue commenced:

Me: “Why was this the worst day ever so far?”

Me:  “Understood.  But that’s not going to change, so what else made it the worst day?  How’d everyone like your fox ears?”

PN:  “Everyone!  They said they were stupid rabbit ears!”

Me:  “Well that’s not very nice, did you tell a teacher?”

PN:  “Yes, but it didn’t matter, they still called them stupid rabbit ears.”

Me:  “What do they know?  We know they’re fox ears and you’re the cutest fox I know, so that’s really all that matters.”

Me:  “Uh, yeah.  It’s necessary.  Why don’t you wear your ears – I’m sure the ladies in the office will think they only add to your cuteness.”

On the way to the dentist, I lectured her about the fact that she needs to be more conscientious about brushing her teeth, as obvious by the tooth that needed a replacement filling.  She does brush her teeth at least twice a day, but not very enthusiastically, which means some days it’s probably half-assed.   As I was winding down my diatribe on the fundamentals of proper brushing, Princess Nagger muttered:  “Lectures. Now mobile.”

Naturally everyone thought the fox ears were the cutest thing, and concurred that they don’t look like rabbit ears.  Of course it didn’t help quell the Princess Nagger’s fear of what was to come, as evidenced by her mini melt down in the dentist chair just prior to anything being done: 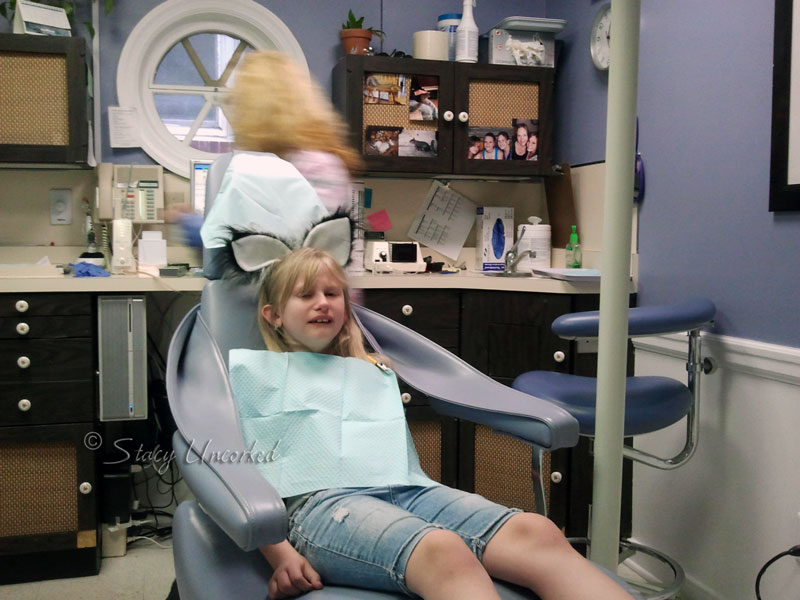 Luckily the filling replacement went smoothly (and Princess Nagger was joking by the end since she didn’t need her gums numbed for the surface cavity) so by the time we got home she was all smiles again.  We decided we’d let you decide if you think her foxy ears look like rabbit ears: 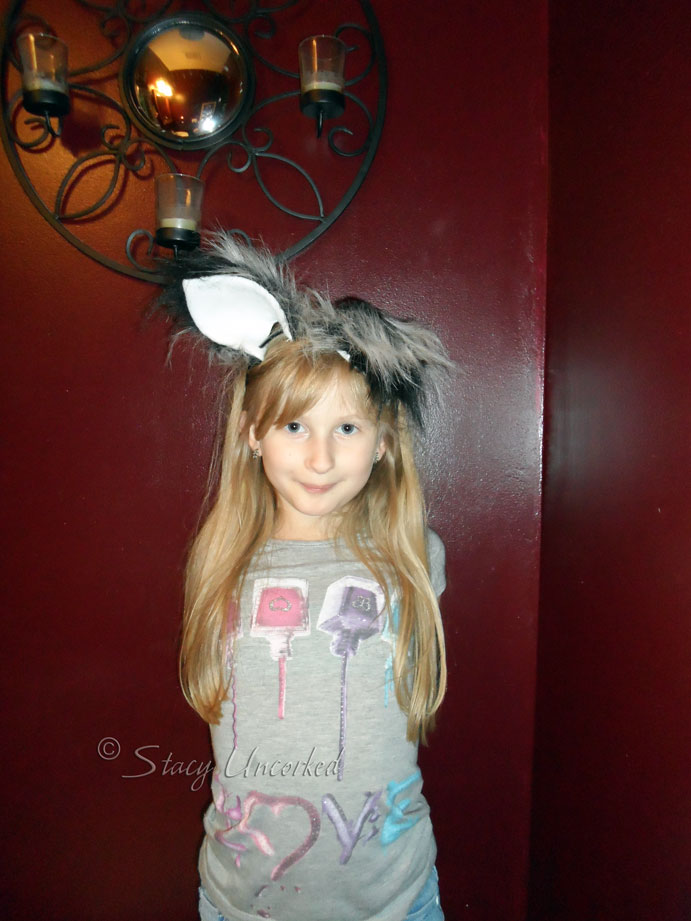 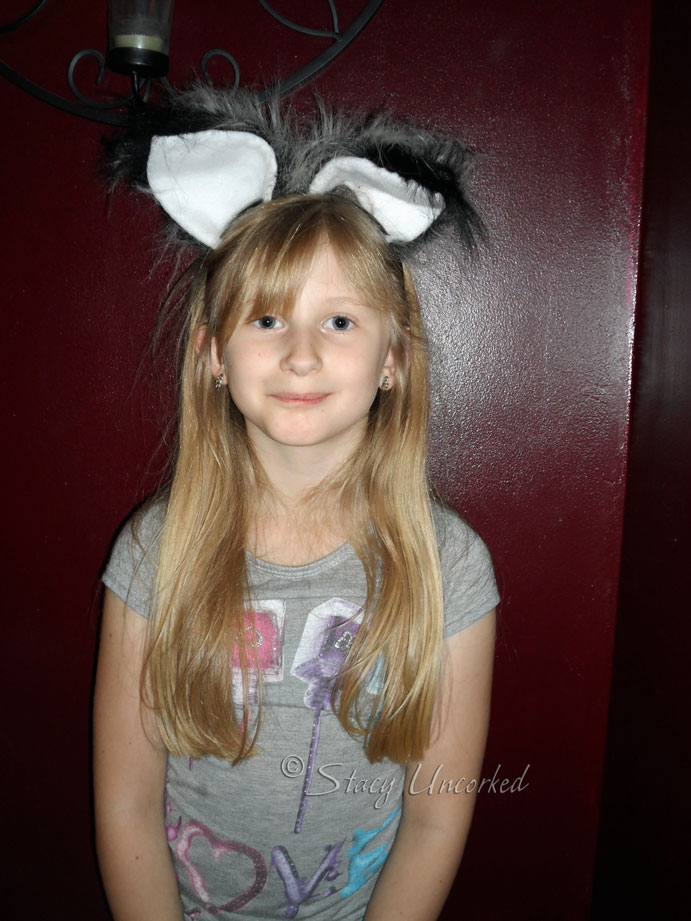 What do you think – Fox or Rabbit?