I want to start off by expressing my condolences to all the families of the victims of last week’s senseless Colorado shooting.  The victims’ legacies will no doubt live on through their friends and families. 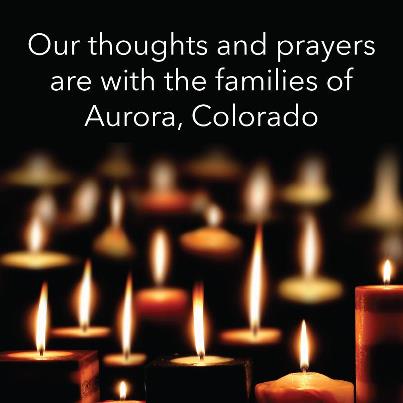 We’re still ‘making do’ with the stupid heat and humidity – I’ll be glad when summer is over as long as it takes the heat with it when it goes.

I’m still readjusting to the Eastern time zone after our awesome vacation in the Pacific time zone.  It must be a mental thing, since I’d rather be there than here.  Of course having hubby teaching the night class this term sort of instigates that – when he doesn’t get home until after 11pm, we end up hanging out and staying up until around 2-ish.

At least we don’t have to worry about setting an alarm in the morning, so we can sleep in.  It does, however, mess with my mojo because I’m a morning person – so sleeping in thwarts my plans of getting things done earlier in the morning.  Or at all.

Speaking of an alarm, I have started setting one, since Princess Nagger starts back to school four weeks from tomorrow.  I want to make sure I don’t end up sleeping through it when it matters, since I have been sleeping through the alarm I’ve been setting.

I think it’s a subconscious thing what with the extreme heat and all – I don’t look forward to opening the bedroom door where it’s nice and cool and running into a wall of heat out in the hallway.  Like I said, summer can take its exit any time and take this infernal heat with it.

I better not tell Princess Nagger she only has four weeks to go, or she’ll be stressing about it.  I probably should start waking her up earlier in the morning though, it might take the four full weeks for her to not be a bear in the morning when school starts.  I’m sure her teacher would appreciate that.

When I was doing my semi-monthly grocery shopping last week, I found this on a clearance shelf at BJ’s: 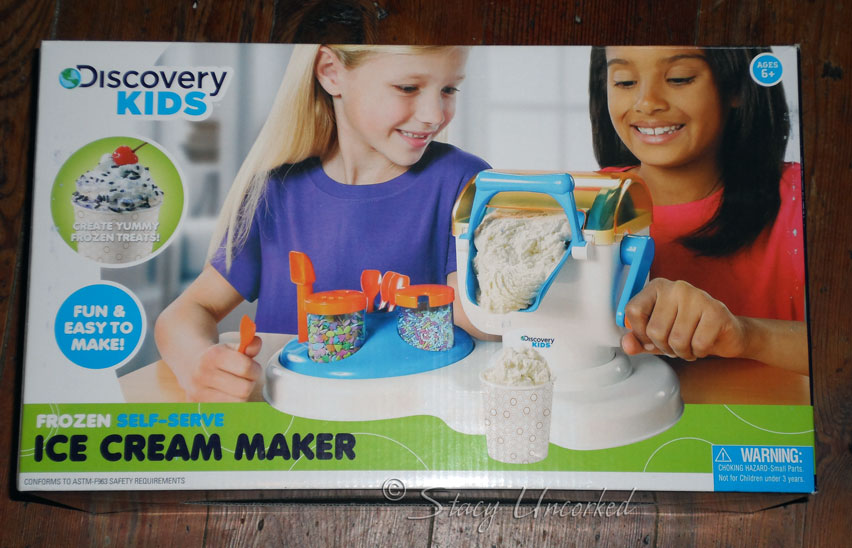 Princess Nagger was thrilled and wanted to try it out right away.  She made raspberry ice cream with it, and said it was so good – so much so, she ate it all gone and didn’t share any with me.  She wants to make more, but I forgot to pick up salt and she used mine all up.  So she’ll have to wait until I get back to the store to get salt.  I didn’t get a chance to take pictures of the process, so I’ll do that the next go ’round.

Speaking of BJ’s, I actually got called “young lady” from someone who is probably close to me in age (unless she looks young for her age, too).  Totally made my day.  Of course for her it was probably like how people call every one ‘Hon’, but I’ll take it.  Much better than being called “Ma’am” for some reason.

Hard to believe that one week from tomorrow I’ll be driving up to New York for BlogHer ’12.  I’ve been wanting to go to BlogHer forever – even had tickets purchased and roommates lined up for 2010, but didn’t get to go because my father-in-law was on death’s door.

Last year I didn’t go since it was in California, and what with the prices of airline tickets (and the supreme hassle at the airports) I decided to wait and see if they were coming back this way again this year.  I was so happy they chose New York again, since it’s only a 4-hour drive for me (less if I speed. Ahem.)  If you’re going to be there, be sure to trip me as I walk past so we can meet.

It’s going to be an interesting experience not only for me, but for the hubby who will be playing single parent for the 5 days I’m gone.  I suspect it will be a real eye-opener for him to truly see how much work goes into managing the house and kids et al. for those 5 days.  Yes, I was giggling when I wrote that last sentence, why do you ask?  I’m grateful that he’s supportive of my blogging though, especially since I’ll be in New York on our Anniversary on August 4th.  I’ll have to think of a way to make it up to him.

Speaking of Crazy Dudes, I will have the honor and privilege of being interviewed by none other than the Crazy Dudes Matt-Man and Jay-Bird – I mean Jay-Man – at I’m With Stupid on August 12:

Their radio show on Blog Talk Radio is in the Top 5 every week – if you haven’t ever tuned in to them, you really should.  They’re hilarious.  I’m a little nervous about what questions they’ll subject me to, but I plan to send my wits out to be sharpened so I’ll be ready.  As we get closer to the date I’ll be sure to give you all the details so if you’re around on August 12th at noon, you can tune in and listen to me babble.

That’s enough for this week – link up, hop around and most importantly have fun.