When we bought our house 9 years ago later this month, it came with a dishwasher.  This Whirlpool ‘Quiet Wash Plus’ to be exact: 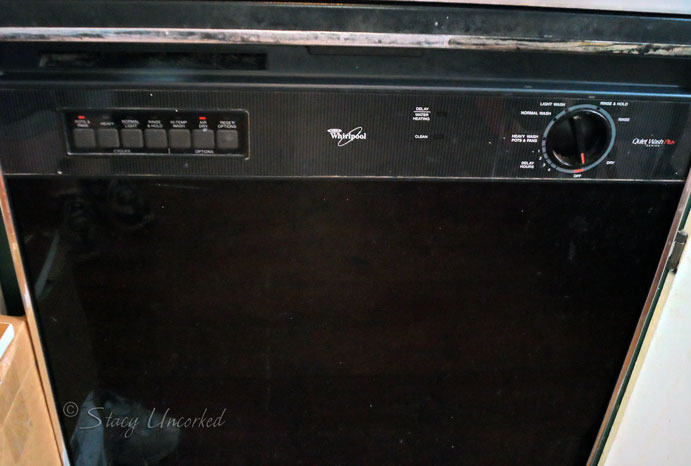 Looks a little worse for wear, but it does work.  Mostly.  ‘Quiet’ it certainly is not.  Efficient it also is not.  It kind of defeats the purpose to have to wash the dishes before they go in the dishwasher, doesn’t it?  But at least it does give me peace of mind that all the dishes are sanitized.  Plus it comes in handy when I’m making jelly – I’ll run a load of just jelly jars and let them sit on the dry cycle to keep them hot and at the ready.

Did you know that the murky residue on glasses and dishes might not come from your dishwasher (or its lack of efficiency) but from your detergent?  Apparently there was some ban on phosphates in detergents back in 2010, and it was the phosphates that make your dishes all sparkly.  Because of the ban, your dishwasher just can’t keep up with the grime like it used to – hence the occasional residue and spots.

OxiClean® to the rescue. 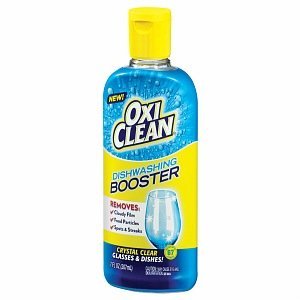 I’m always on the lookout for things that will make my life easier – clean sparkly dishes are definitely near the top of the list.  OxiClean® Dishwashing Booster is the first and only booster specifically designed for your dishwasher.  It has a multi-action formula that dissolves the cloudy film caused by hard water that can build up during the rinse cycle.  It helps boost the cleaning performance of your dishwasher’s detergent by removing cloudy film, food particles, spots and streaks that detergent alone can leave behind.  And often has.

If any of you have ever used a rinse agent before, this goes in the same compartment as the rinse agent.  It’s also recommended the first time you use it to add two squirts to the bottom of your dishwasher for an extra boost – which I did.  And I’m here to tell you, it definitely works.  I ran a load of dishes using OxiClean Booster and was amazed at how much brighter and more sparkly they turned out – I think even the inside of my dishwasher looked brighter: 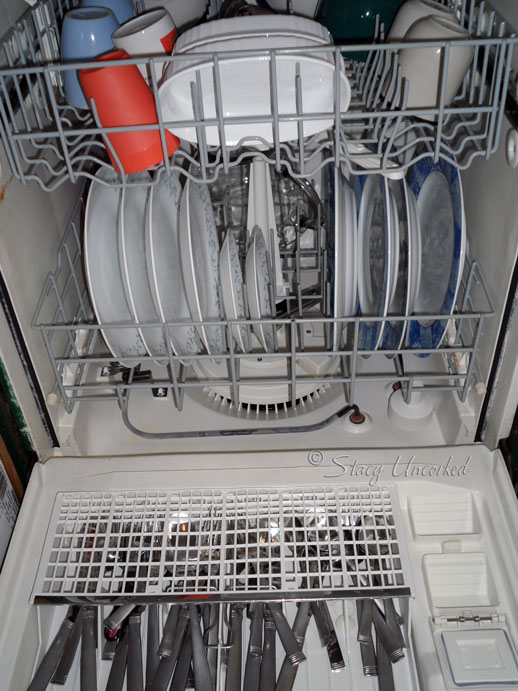 What really solidified my enthusiasm was my giant glass measuring cup that I use not only for cooking, but for my winemaking as well.  Any time I wash it in the dishwasher, I have to hand wash it because it always comes out with a thin film of ‘ewww’ on it.  Every time.  But this time?  Definitely not: 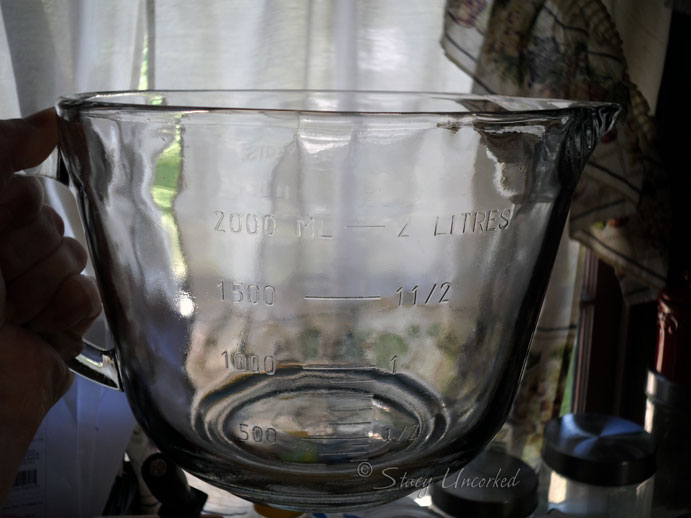 No spots, no film, no re-washing necessary – just perfection.  I’m sold. There was a Dishwashing & Entertaining Survey that had these results:

I bet you can relate, can’t you?  I sure can.  If you would like to learn more about OxiClean Dishwashing Booster and other OxiClean products visit www.OxiClean.com. You can also find OxiClean on Facebook.

Look for OxiClean Dishwashing Booster where ever dishwasher products are sold.

How do you do dishes?

I wrote this review while participating in a blog tour by Mom Central Consulting on behalf of OxiClean and received a product sample and serving tray to facilitate my review, and a promotional item to thank me for taking the time to participate. All opinions are mine and not influenced by outside sources. See my Disclosure Policy here.