A few months ago, Princess Nagger negotiated for the purchase of a PC game called Spore: 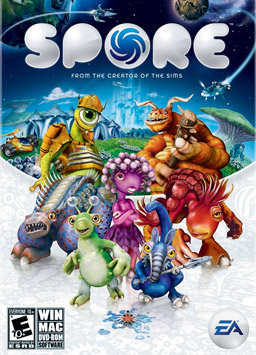 Since it’s really hard to explain exactly what the game entails, I got this from Wikepedia:

“Spore allows the player to develop a species from a microscopic organism to its evolution into a complex animal, its emergence as a social, intelligent being, to its mastery of the planet and then finally to its ascension into space, where it interacts with alien species across the galaxy. Throughout the game, the player’s perspective and species change dramatically.”

So basically, you create creatures and develop different planets that these creatures live on, which can get really detailed in its creativity.  It was fun listening to her explain the game, especially when she was describing it and actually using the words “microscopic organism”. 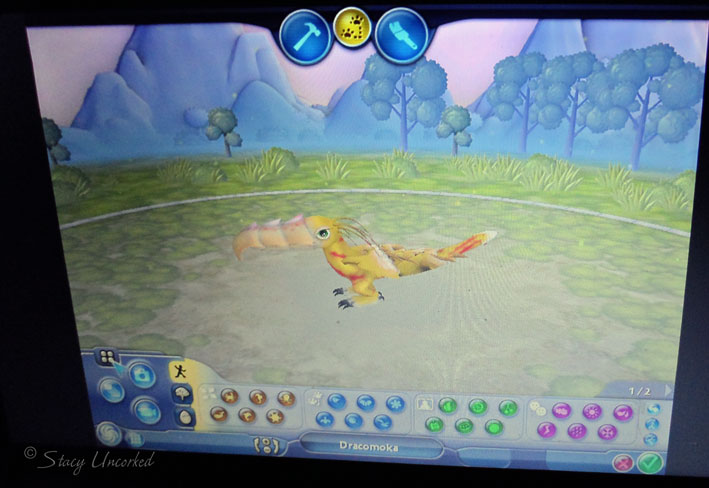 Sorry about the image, I couldn’t get a screen shot on her laptop so I took a picture of her screen – a different mode of ‘screen shot’.

To take the creativity one step further, she decided to create one out of Sculpey, had me bake it, then painted it: 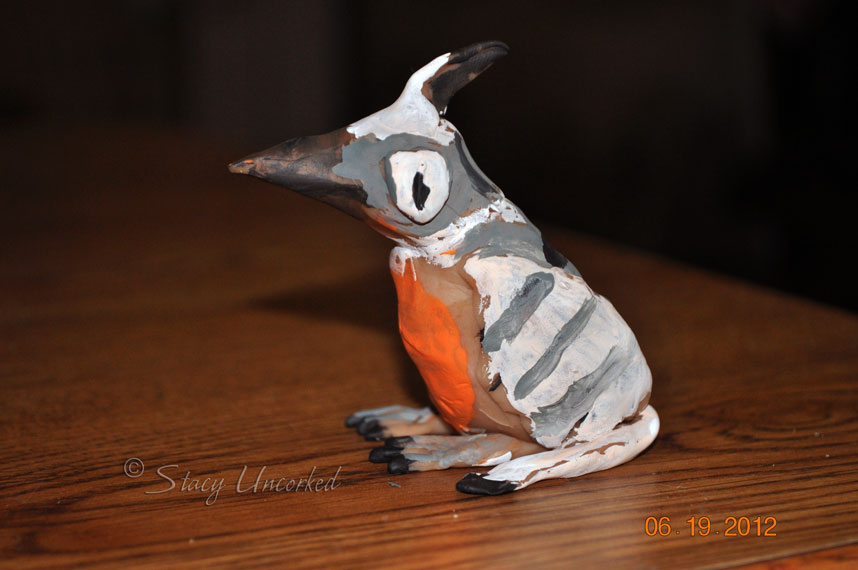 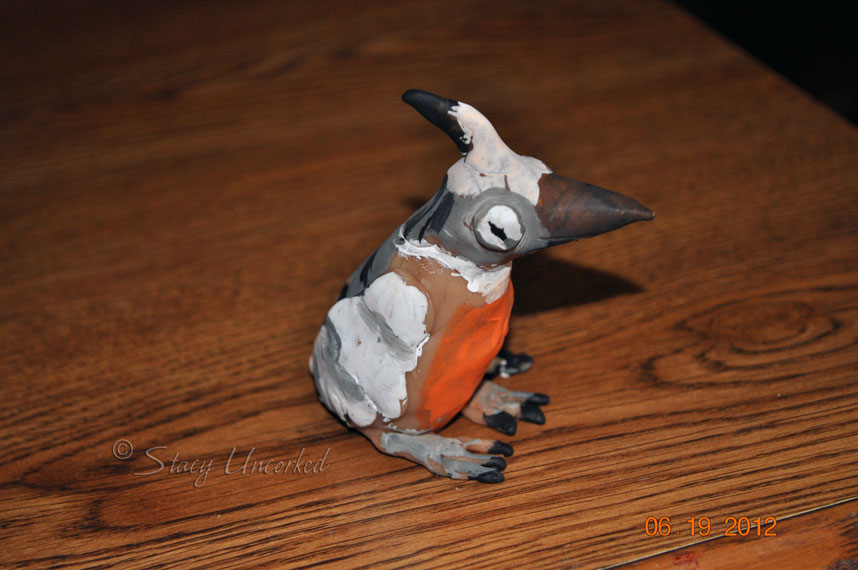 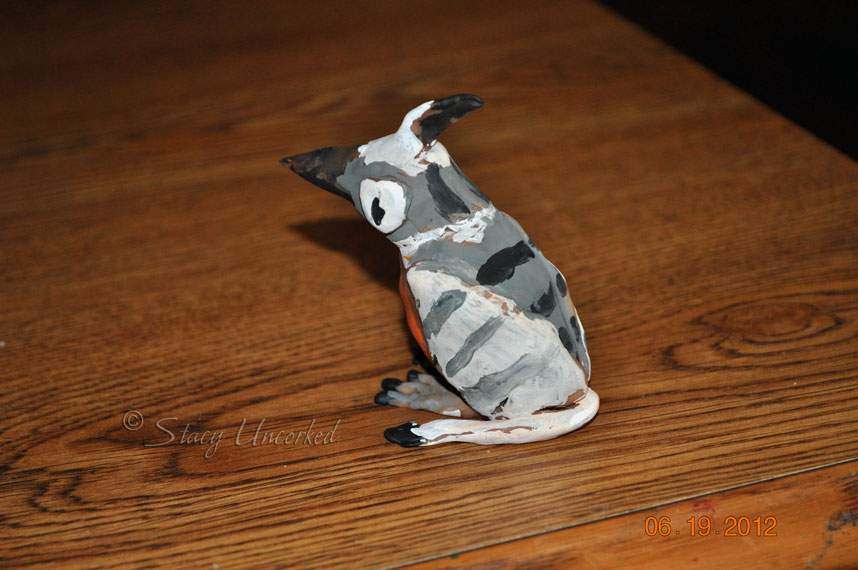 I had barely gotten the pictures taken of the original creation, when she brought this one for me to bake in the oven for her: 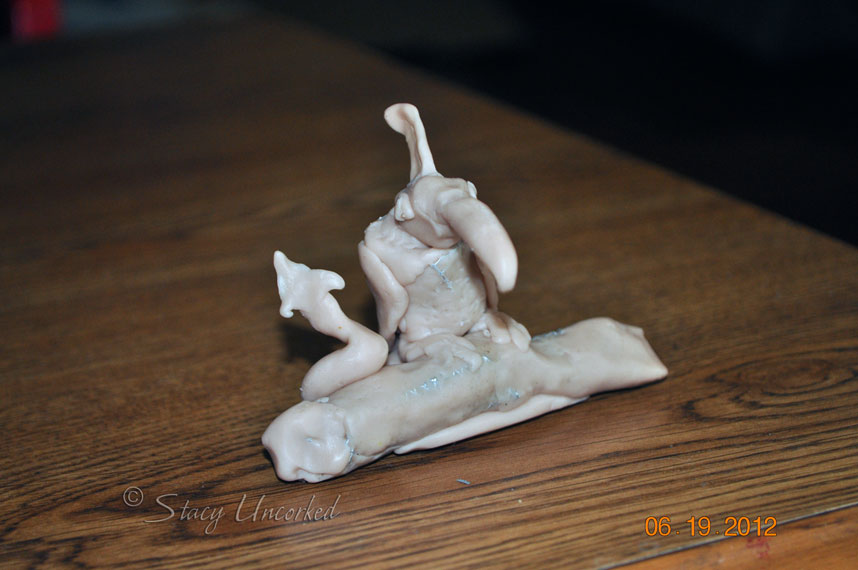 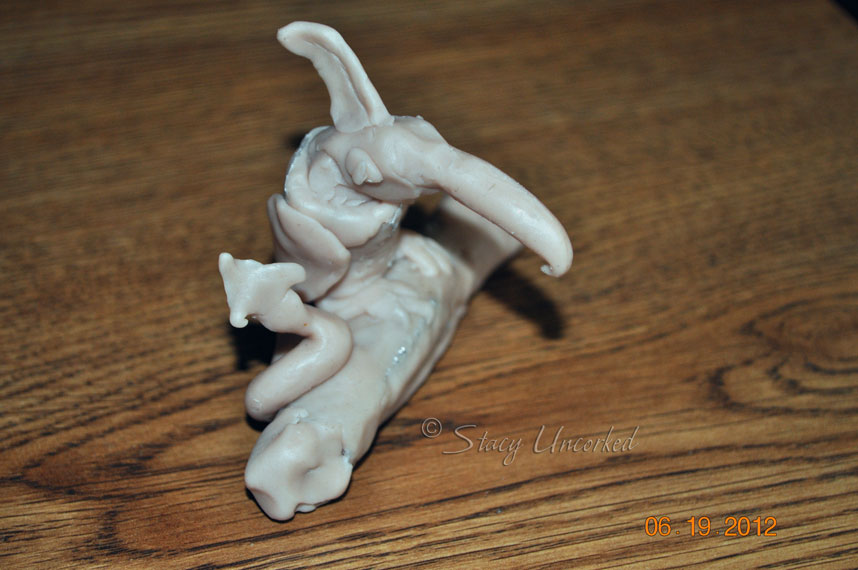 This time she used the mesh stuff (since the hubby showed her what it was for and how to use it with Sculpey) so you can see some of it peeking through – which will be covered up when she paints it.  She plans to paint it today, so I’ll be sure to share it in all its colorful glory next week.

I think she’s on the way to being quite the little sculptor, don’t you?

25 thoughts on “A Sculptor in the Making”