Three-day weekends always throw me for a loop, because I keep forgetting what day it actually is.  Today happens to be the last Tuesday of May – can’t believe this year is already closing in on the halfway point.

Anyone do any cookouts yesterday for Memorial Day?  We limited ourselves to just burgers on the grill – fast and easy since it was too stinkin’ hot outside to spend any time outdoors.  It was so bad, we had an “Air Quality Alert” for yesterday – which actually said:  “THE EFFECTS OF AIR POLLUTION CAN BE MINIMIZED BY AVOIDING STRENUOUS ACTIVITY OR EXERCISE OUTDOORS.”

It was directed at children, elderly people, and pretty much everyone.  Which just proves my point that the humidity is stifling.  It sucked that the kids couldn’t go outside to burn off some energy and give me a break from referee mode.

Reason 1,496,675 why our next house will have central air:  When it’s 89 degrees outside and the kitchen gets all the glorious afternoon sun causing the temperature to compete with the outside heat, cooking in said kitchen (thereby raising the temperature exponentially) is not a fun thing to do.  Thank goodness we at least put window air conditioners in the bedrooms upstairs (since it’s even hotter upstairs) or I’d get even less sleep than I’m getting now.  I can’t sleep when it’s too warm.

Speaking of laundry on the second floor – some of you may have seen my Facebook status update about our cat who was trying valiantly to see if she could see the birds that are nesting in the tree outside the upstairs bedroom closet wall (did you follow that?  You can hear them, but of course you can’t see them… hello, wall?)

At any rate, since we moved the washer and dryer upstairs, we cut a hole in the back of the closet to inset them into the wall from the other side…here, I’ll just show you a picture so you can see what I’m talking about (actually this is our first washer which died last year, but it was successfully recessed): 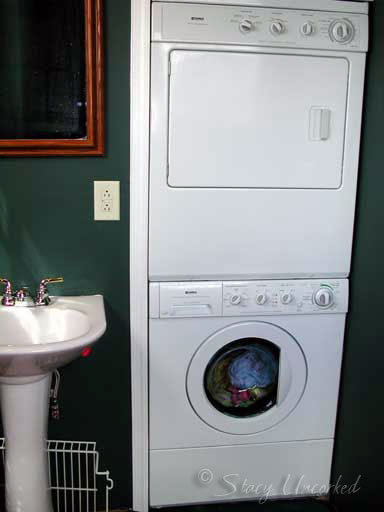 When we had to replace it last year, the new one didn’t fit flush in the wall of the bathroom, the outside dimensions were about an eighth of an inch off.  So it protrudes into the bathroom by about six-inches (which you really can’t see from this shot): 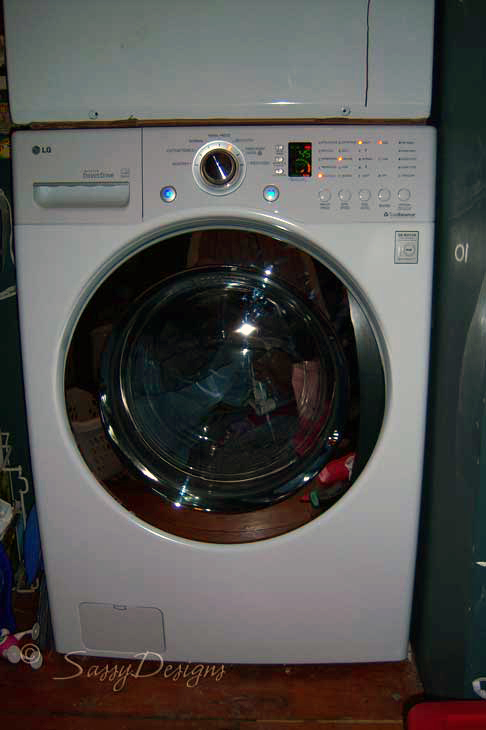 Since we haven’t cut the hole in the wall bigger (yet) to fully recess it, we also haven’t replaced the cover we made to protect the hoses and whatnot at the back of the washing machine.  Which didn’t used to be an issue, because the closet belongs to the guest room (also known as my impromptu storage room where 2-leggers and 4-leggers alike weren’t allowed), but we moved Princess Nagger in there when Little Dude made his arrival and took over her old room – so now it’s an issue.

Now that I’ve totally gone off tangent, let’s get back to the bats in the belfry… I mean the birds in the nest outside the bedroom closet wall.  Zelda has been camping out in the closet hoping to catch said birds just because she’s sure they’re fair game with all their chirping and fluttering you can hear clear as day.  She apparently decided to jump up higher against that wall in an effort to see if maybe they were hiding on the shelf above, only she didn’t make it and apparently took the waste water hose down with her.

See where I’m (finally) going with this?

You guessed it.  I didn’t know the hose wasn’t still connected and started a load of the hubby and Little Dude’s laundry before we headed out to the Parent/Teacher conference we had Friday morning.  Since the hose wasn’t connected to any outgoing port, the water simply drained into the closet.  And the entire bathroom on the other side of the wall.  And the entire kitchen downstairs.

So now we have some repair to do on the ceiling in the kitchen – luckily it mostly kept to the middle of the room and didn’t hose down our kitchen appliances on the counters (though it was quite disconcerting to reach for some spices in my spice cupboard and find the lazy susan trays full of water).

The previous owners put a drywall drop-ceiling in the kitchen (since our ceilings are 10 feet throughout the house) bringing it down to about 8 feet – so there’s 2-feet of nothing above our ceiling so now is as good a time as any to take a sledgehammer to it.  I’ll keep you posted.

At least one good thing came from all the hotter-than-the-hinges-of-hell heat we’ve been having – everything dried out in no time.  This comic posted on Facebook about the heat definitely gave me a giggle: 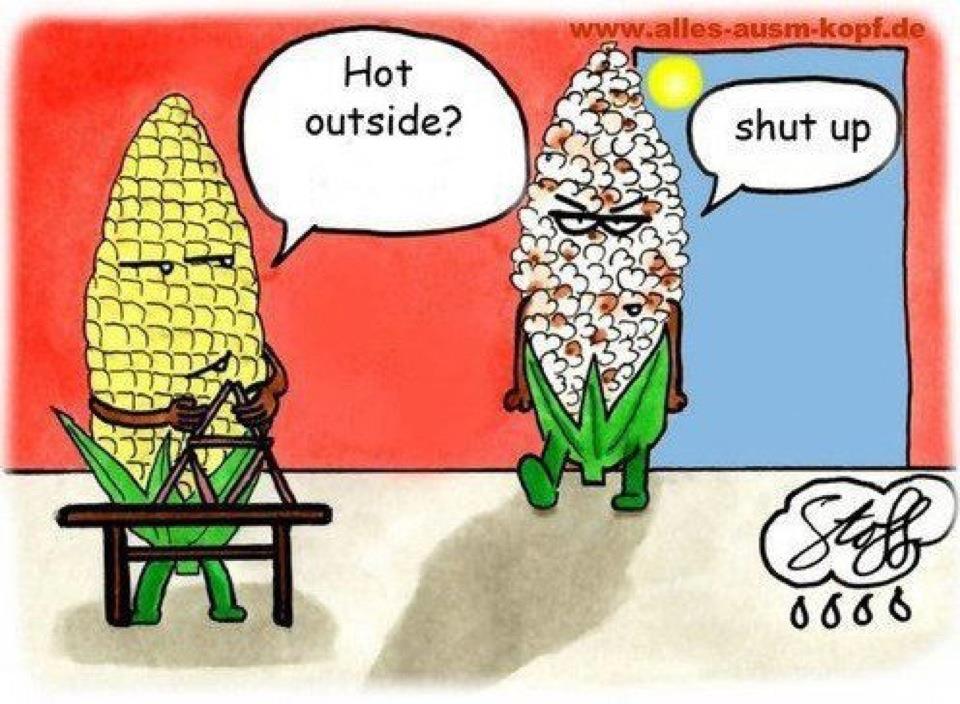 Speaking of Facebook, this wedding cake is the coolest – and totally should have been what the hubby and I had when we got married – since he’s the chocoholic and I’m, well…not: 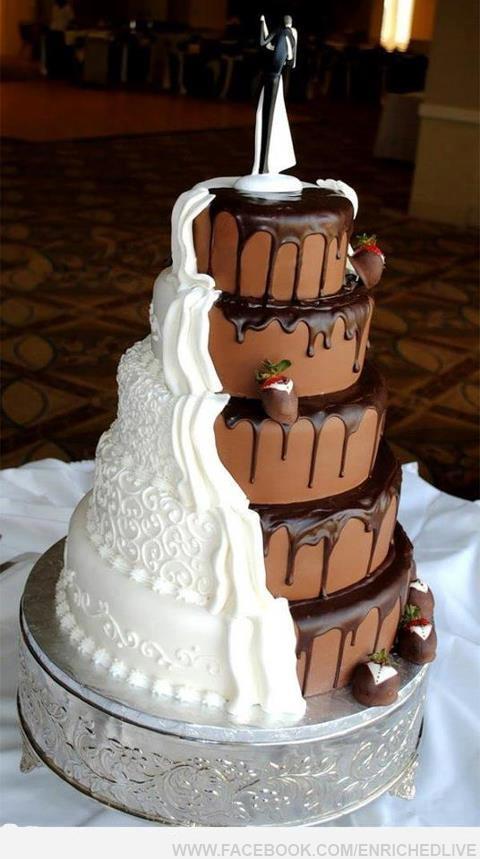 Speaking of cool things, I mentioned in my music post yesterday that I was tickled to discover that three cool artists whose songs I love started following little old me on Twitter:

Pretty cool, no?  I suppose I should start sending witty Tweets at some point, I usually don’t hang out on there.  I better send my wits out to be sharpened first, though.

That’s a wrap for this week – feel free to link up and hop around to all the other awesome randomizers – they’re always so entertaining. Talk To Me Tuesday friends, you’re welcome to link up, too – that way I’ll be sure not to forget to stop by and scope you out. You know what I mean.