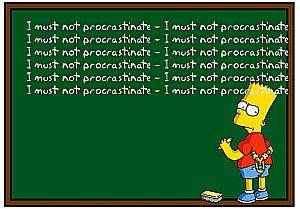 I’ve mentioned before that I can be a procrastinator.  90% of the time I’m a great self-motivator, but the other 10% I’m a expert procrastinator.  It all boils down to things I enjoy vs. things I dread.  Enjoyable things get done immediately, if not sooner.  Things I dread I’ll put off as long as possible.

Case-in-point:  I’ve been using my dining room as a ‘catch-all’ room.  Since our house was built in 1817, it didn’t come with all the modern conveniences (goes without saying that it didn’t have electricity or running water or bathrooms, which were of course added later) but what I’m talking about are the ‘modern conveniences’ of things like closets and a pantry.

Pantry items and winemaking items I normally store in the root-cellar/basement have taken up temporary residence in the dining room until we clear out the disaster created from the flooding we had down there over the winter.  We’ve been procrastinating since it won’t be a pleasant job, waiting for a good weather weekend to basically empty it out, toss anything that got ruined, and reorganize – most likely get more wooden pallets to raise things even further off the floor, and add more raised shelving in case there’s any future flooding.

Considering the house was purposely built on a natural spring to have fresh spring water available even in the dead of winter (to avoid drawing water from the stone well out back – remember, they had no running water or plumbing in 1817), and cool the basement down in the heat of the summer (for the root cellar mode) makes it a bit tricky, but not impossible.

Along with the excess pantry items are the empty boxes I’ve saved to ship the Christmas presents to friends and family out West interspersed with the boxes’o’goodies I have yet to organize, wrap and box up for shipping out.  Yes, you read that right – the Christmas presents.  Going on 4-months late.  That’s procrastination at its best.

This is the latest I’ve ever sent out gifts, but my mojo was upended with the unexpected/unplanned (but welcome) addition of Little Dude just before summer’s end, which upended my inveterate daily schedule and routine (amazing how you forget how you were able to get everything done when 5 years have passed since your child was the tender age of 3-1/2 and you pretty much have to wing it to figure out all over again.  I’m still figuring it out.)

Add to that the last minute decision to take a road trip to visit my sister and her hubby in Iowa over the Christmas and New Year holidays.  First year in a very long time we’ve actually not been home during the time I would have been finishing up my Christmas cheer to send off to the Wild Wild West – traditionally late, but at least in time for New Year.

Then of course we’ve all been rotating the boomerang colds and sinus infections and burst eardrums that have foiled any motivational plans to accomplish the clean up of the borderline hoarders room I’ve got going on in the dining room.  Playing the round robin nursemaid, I’ve been procrastinating tackling that room like nobody’s business.

But now that Spring has sprung (though you wouldn’t really know it with the freeze warnings we’ve had practically every night for the past two weeks) my mojo is starting to return and I’m getting antsy about tackling the piles of stuff – and finally getting the Christmas gifts sent out before next Christmas along with restoring order and getting some Spring Cleaning done in the process.

We’ll see if I can tame the procrastination beast.  I’ll keep you posted.

Are you a procrastinator? Do you only procrastinate on things you don’t really want to do, or do you go all out with procrastination?

29 thoughts on “Taming the Procrastination Beast”