Growing up, our family was 100% dog people.  My dad was anti-cats because my grandpa had a cat that would pee everywhere and shred the drapes.  The cat from Hell, seriously.  So that particular cat soured my dad on all cats of all kinds, and we had a myriad of dogs instead.

After I moved out of my parent’s house I wanted a pet, but my apartment complex didn’t allow dogs.  Not to mention they’re more dependent on us two-leggers for all things, and since I was traveling a lot for my job, a dog was not conducive to my schedule.  So I got a cat instead, since those were allowed (as long as you didn’t let it outside to mess up the greenery).  If I had to travel, leaving tons of food and water and a fresh litter box was all my cat needed, and I had a fun companion.

Fast forward to now, we have both dogs and cats.  On the cat front we have Zelda: 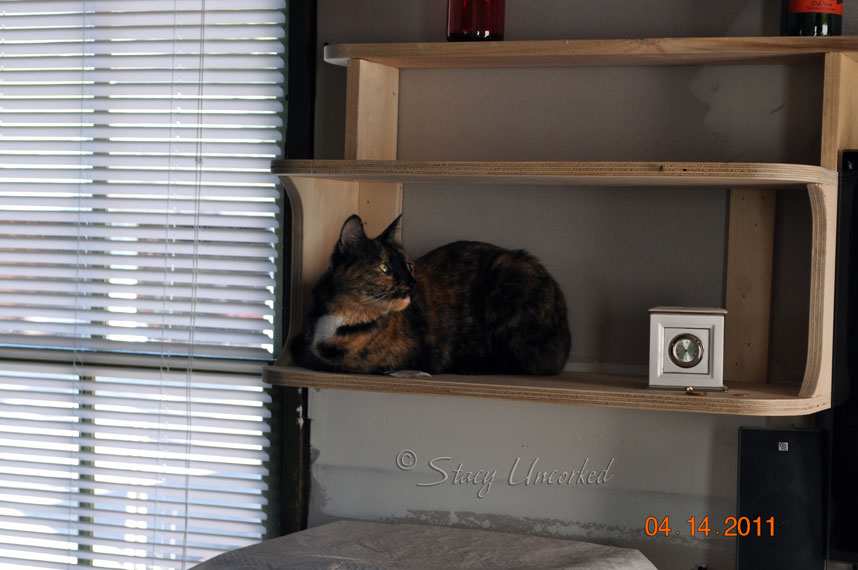 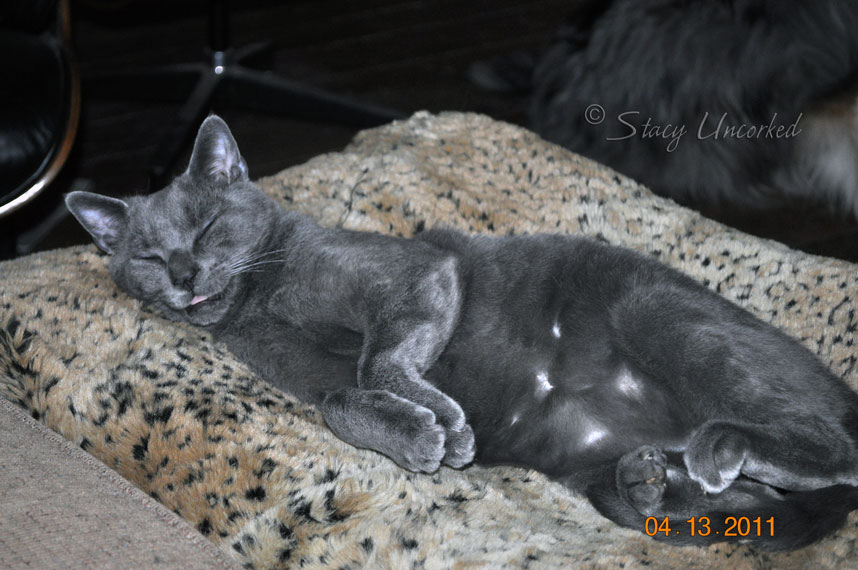 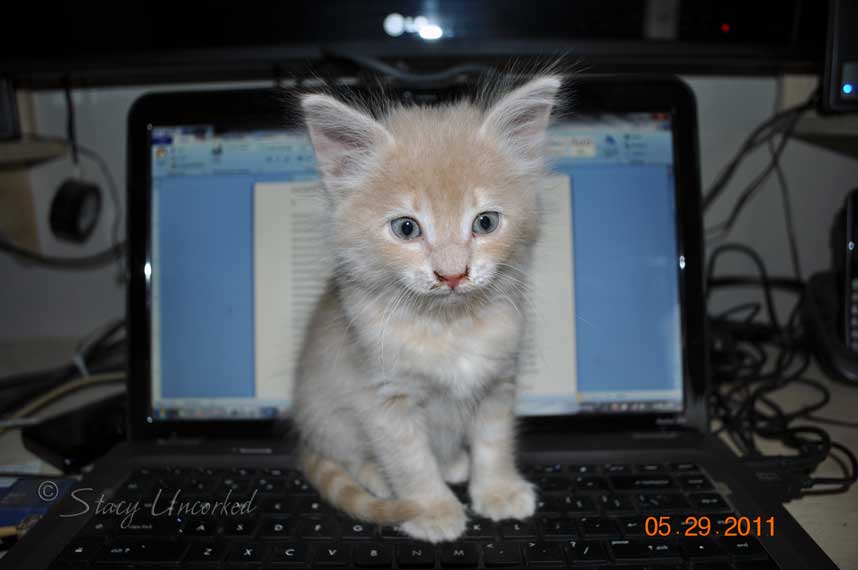 I obviously need to take more current pictures, because while Zelda looks exactly the same, Stinky Linky has grown into a big muscle-head, and Fuzz-Butt has grown into a giant fuzzball with the biggest, fluffiest tail of them all (hence the name ‘Fuzz-Butt’).

They all get along with each other famously, though they do have their moments when insisting on annoying each other.  The one thing I’ve always been proud of is not having my apartment or house smell like I have a menagerie of animals.  I’m very picky about smells, since I’m sensitive to smell – and if I smell something horrendous, it annoys me very much. 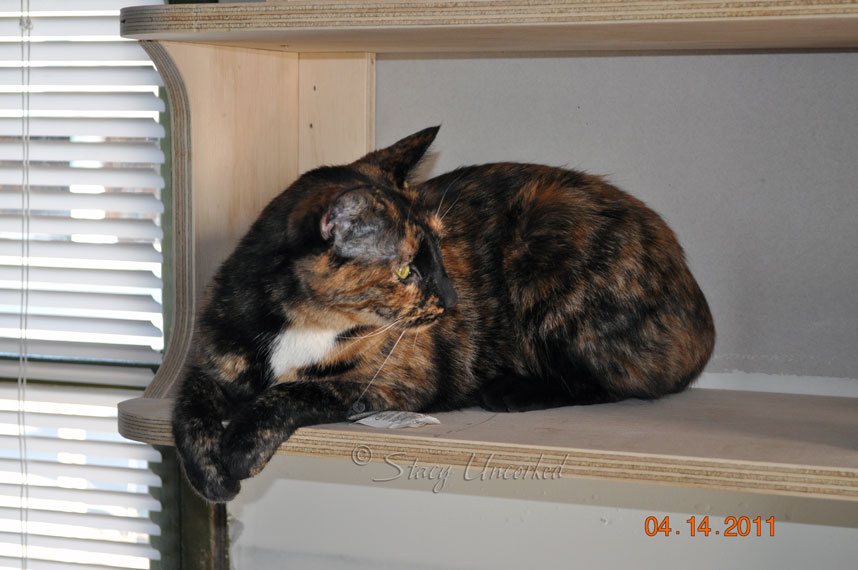 I’m here to tell you that she is.  Very stinky.  I’m not sure if it’s that she doesn’t like the feel of the crystals on her delicate paws, but for some reason when she uses her litter box, she fails to cover up the evidence.

Since our bedroom is at the end of the upstairs hall where her litter box happens to be, if she does her business in the middle of the night, I’ll wake up from the rancid smell and have to go take care of it immediately.  Not so much fun having sleep interrupted by a stinky cat.

Did it work?  Absolutely.  Not only did it do what it claims it does, but Zelda actually covers her tracks in the litter box now.  So I guess you can say it’s been “Zelda Approved”.  No more midnight scooping of the litter box so I can get rid of the nasty smell that won’t let me sleep.

We also don’t have the moments of the horrid smell wafting down the stairs announcing that Zelda had just used her litter box (which was extra annoying when that took place during dinner time).  That makes me happy.  And the hubby’s happy since I don’t have to nag him to clean out the litter box as often as he had to before.

If you’re a cat person, what kind of litter do you use and how often do you clean the litter box?

I’m linking up for Wordful Wednesday, because I suck and haven’t taken any recent pictures to share, so I’m killing two birds with one stone.  Forgive me.

I wrote this review while participating in a blog tour by Mom Central Consulting on behalf Arm & Hammer and received a product coupon to facilitate my review and a promotional item to thank me for taking the time to participate.  All opinions are mine and not influenced by outside sources. See my Disclosure Policy here.